You are here: Home / Quirky / Socket and see – The Pivot Power 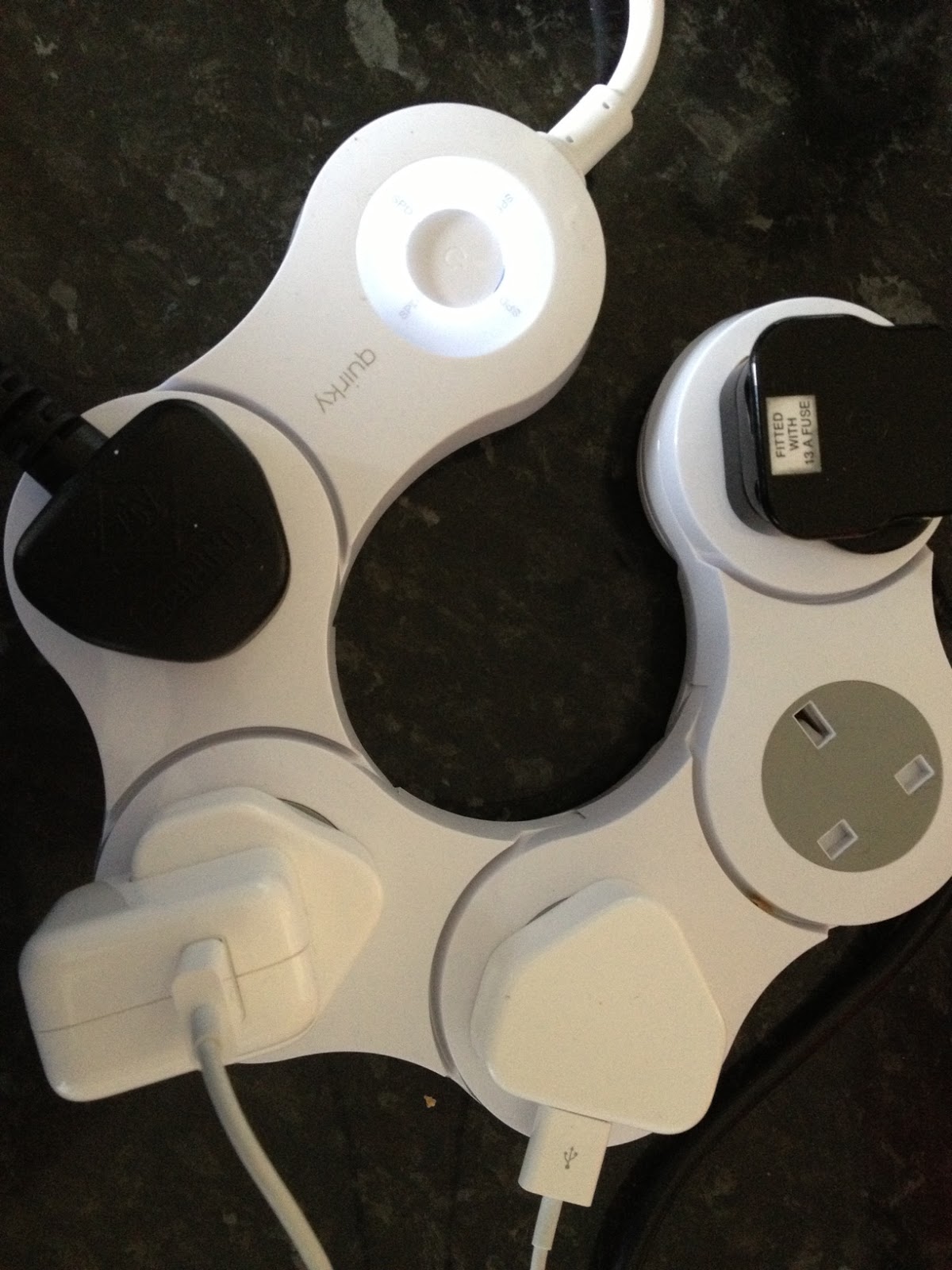 It’s a very much first world, 21st century irritation, but the wires drive me bonkers. Charger cables, plugs, connectors and so on.
The damned things just nest themselves all over the place – similar but different – until the point when you need the one you need, and it’s gone.
So when I was asked if I’d like review a revolutionary new power strip I said: “Nah.”
But then I had another look. The Pivot Power is a funky looking thing that allows you to put all those infuriatingly large plugs into one thing without them crunching into each other.
Very clever.
It also means you can have them there with one on-off button, thereby reducing fire risk. (It was a big thing in this house after Boy Two went on a Scouts trip to the fire station and got scared witless about it.)
There’s surge protection too, although I’m not sure I’m totally against a wee surge from time to time… or am I thinking of something else?
Anyhow The Pivot Power now sits on the kitchen counter used by everyone for charging everything.
And finally – perhaps one of the best things – Quirky, who made the thing, exists to allow inventors to actually get their things created. Some of their stuff is brilliant.