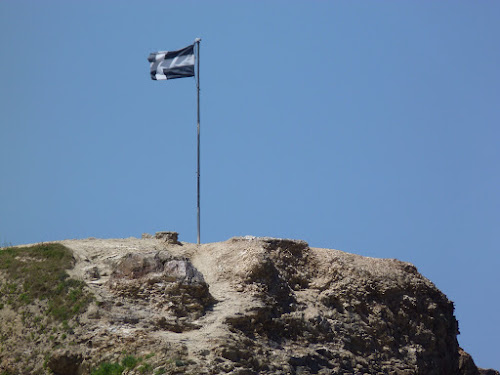 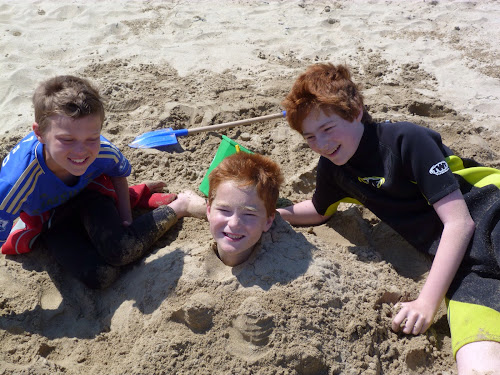 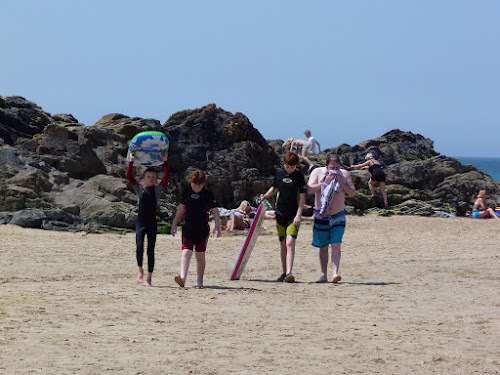 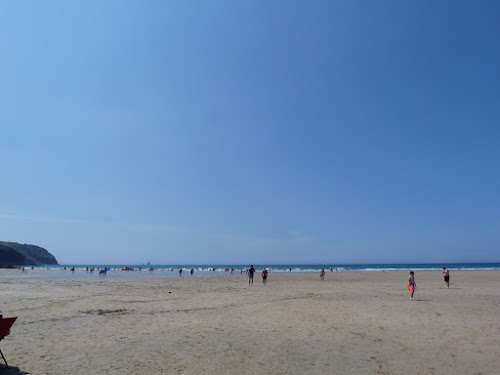 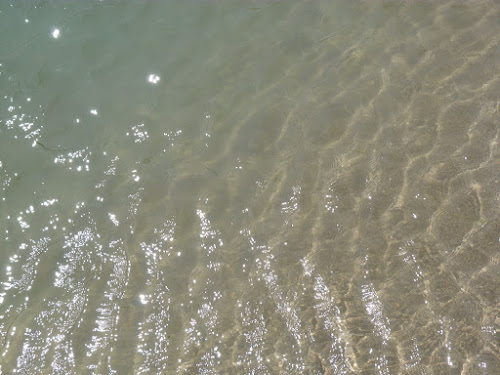 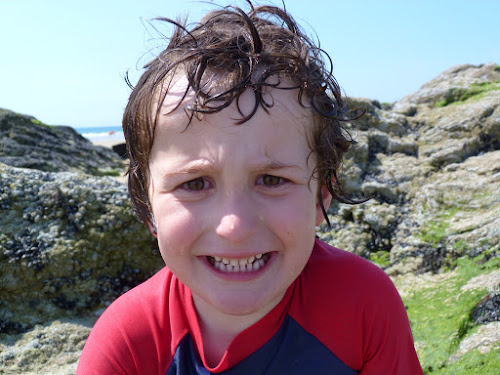 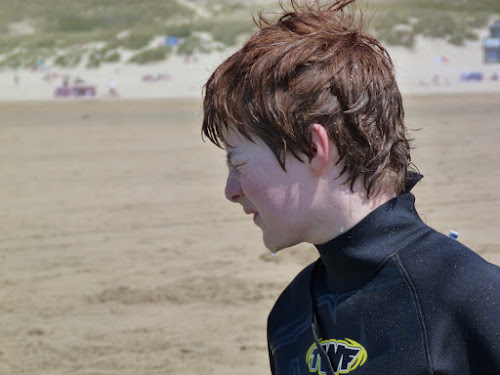 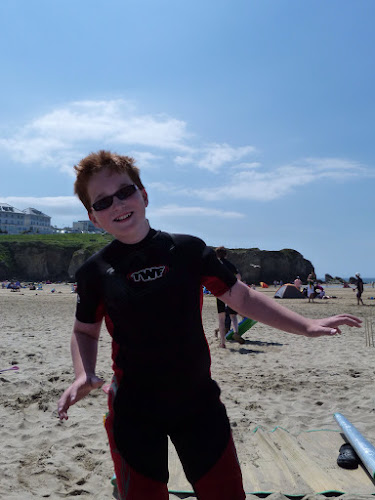 We spent today on Perranporth Beach with the lovely H family. The Hs live about five miles from us so, of course we travel several hundred miles to spend a day with them, but there you go.

We filled the day with lots of games – here’s a sample.

Burying the child – apparently the rules say you must leave the head sticking out.

Explaining the difference between cricket and football to Boy Three. Several times. Then being shouted at by him for doing it wrong. Again.

Working out which way the wind was blowing by flapping a sandy towel and seeing which direction the yell came from.

Putting children into sunblock and wetsuits.

Asking questions about films I haven’t seen or can’t remember. (Boy One) No, I still haven’t seen The Hobbit or Flash Gordon.

Learning that if you’re going to do a wee in the sea, you don’t pull down your pants and yell: “It’s ok. No one will notice.” (Guess who?)