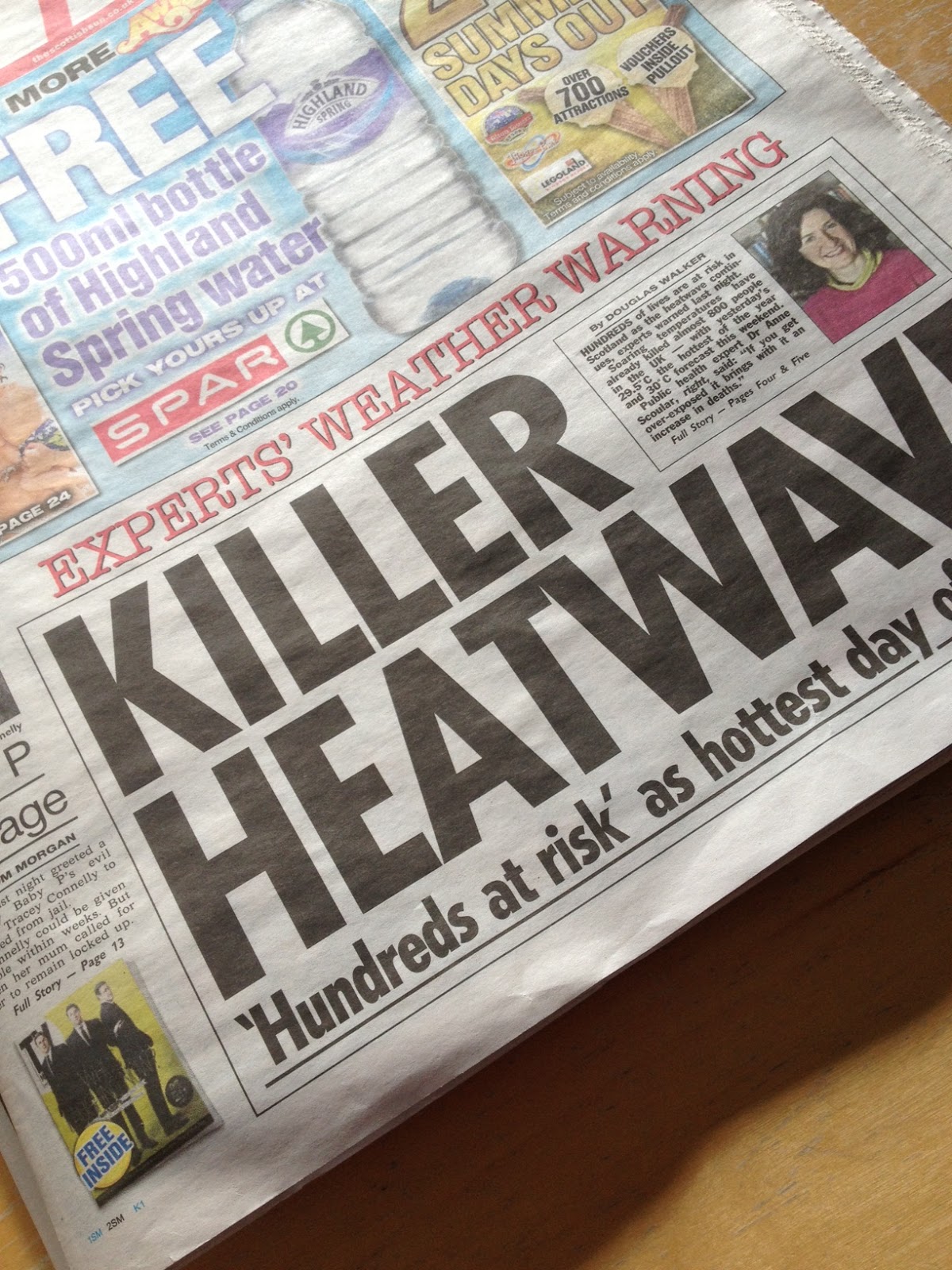 Honest, I think it’s all gone to our heads.

I spent most of today in the office of a Sunday Newspaper and the other item on the rolling news – apart from the none-arrival of the third in line to the throne and the sad death of Mel Smith – was the dangerous weather.

Reporters the length of the country have been sent out to beaches and poolsides to watch the nation frazzle. And breathlessly they have told us about children with pink shoulders, men too macho to put on the Factor 50 and, even, people who don’t want a tan at all. Good lord.

There have been all manner of official warnings about slapping on suncream and wearing hats. Serious discussions have taken place about whether or not Enough Has Been Done.

I know it’s silly season and there’s hardly anything else to report on, but enough now. We’ve been out in sunshine before.

The biggest peril surely lies in the queue for the last electric fan at John Lewis. It’ll be piddling down again soon enough so leave us alone to enjoy it – or to hurrumph about how hot it is – in peace.

◄ Bloggers, please remember that PRs and SEO are people too…
202/365 My little helper ►