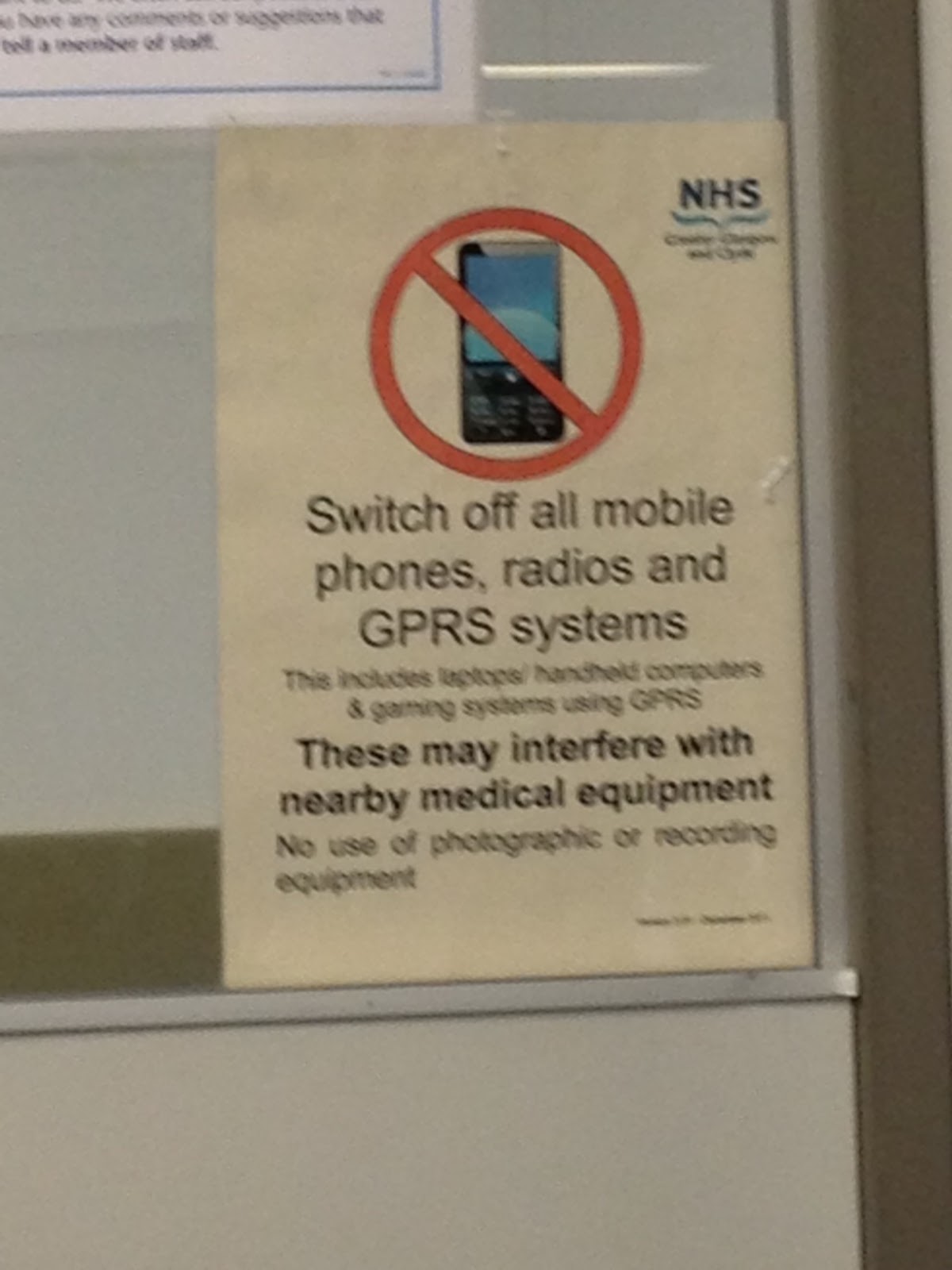 “Doesn’t that mean ‘no phones’?” asked Boy Three as we waited for his out-of-ours GP appointment at the Royal Alexandra Hospital in Paisley.

“Well yes,” I looked up from my phone.

“Oh,” he said as we both gazed around the waiting room lined by people bent over their smartphones, or, even, speaking on them.

“Take a picture,” he urged and I did, mostly so I couldn’t have to explain why no one was obeying the sign. Sometimes what grown-ups do – or don’t do – doesn’t make much sense when you have to tell a child.

It got me thinking about the other rules we feel free to ignore:

Not switching the phone on until you’re inside the airport building. “Hello. We’ve just landed.”

Speed limits. Anyone? No. Only the person in front of me when I’m in a hurry.

Best-before dates. Obviously they don’t mean a thing if the foodstuff isn’t actually furry, or I want an excuse to throw it out.

Now wash your hands. Do you? Every single time? Didn’t think so.

Booze limits and five-a-day. Not a chance.

Having and testing smoke alarms. Errm… well it won’t happen here, will it? Mebbe not.

Focusing camera before capture (see above)

And finally, starting a sentence with a conjunction.