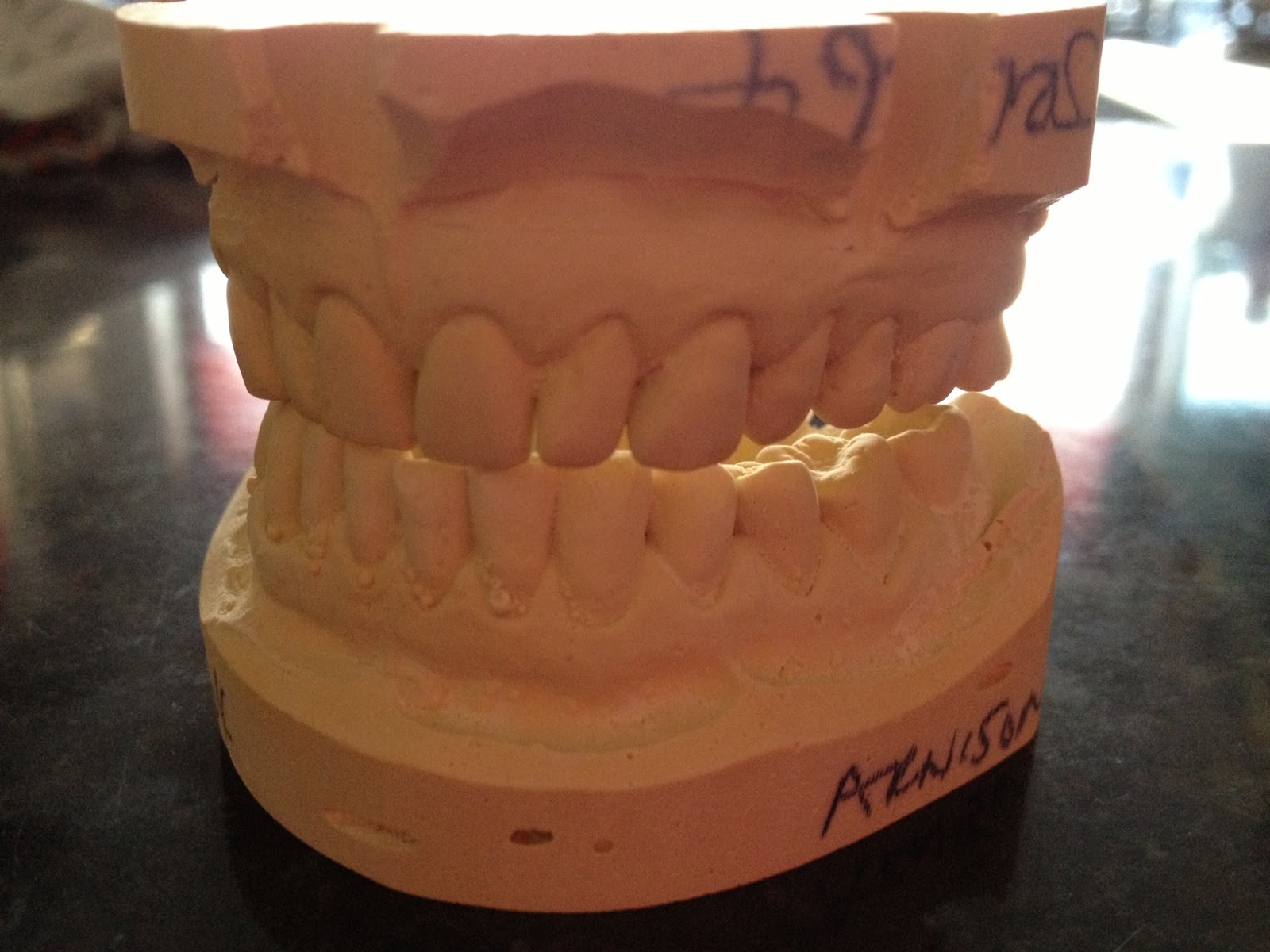 My teeth in plaster of Paris. Nice, aren’t they?

They’re also very flat and worn because I grind my teeth while I’m asleep. I’ve done so for years and can’t work out how to stop. It’s called bruxism which sounds to me more like something to do with bears, but it isn’t.

Once again I’ve had to get my dentists to make me a new guard to wear over my teeth in the hope that I won’t end up with mere stumps any earlier than is inevitable. A bit of a grind, no?

◄ 237/365 Balloch to Tarbet in the sunshine
Review: Walkers Mighty Lights – like a crisp but better for you ►