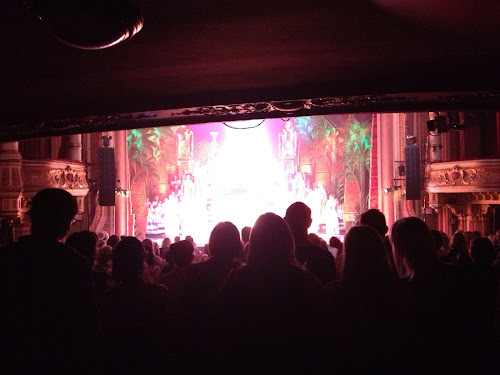 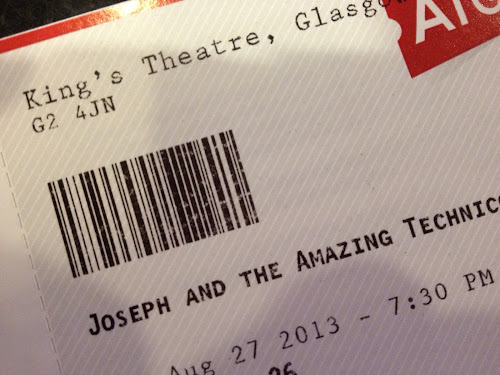 The Panther and I debated this as we led some tired Boys out of the King’s Theatre tonight. (Yes, on a school night. What of it?)

No one gets past Jason Donovan for his money, whereas I have a soft spot for Philip Schofield, but maybe I just hoped Gordon the Gopher followed him into that prison.

However we agreed that H was undoubtedly the campest Joseph ever. And possibly the most fun, playing it panto-style for laughs.

The only thing I could find to complain about was Joseph’s choice of footwear during the opening number. I really don’t think Uggs arrived in Canaan until much later.

And the extra song, King of my Heart doesn’t add much.

We all had a great evening, even Boy Three although he did nod off towards the end only rousing to join the applause, with his eyes still shut.