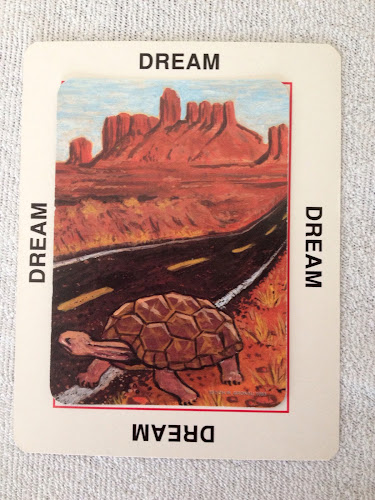 There are many things I don’t understand – like gravity, homophobia, quantitative easing, Minecraft and people who eat oysters. They function, I know, but I just can’t work out how.

Kinesiology is a bit like that. Powerful, positive and highly effective yet I have only the vaguest notion of how it works. Some meld of common sense and the highlights of wisdoms garnered over the centuries. Or sorcery…

The first time I had a session with Alison Finlay I found myself in the unusual position of being unable to write about the experience. I tried, but I couldn’t explain how the process worked so effectively.

If it were in a tin, the label would say: “Kinesiology is a bio-feedback mechanism that tests your body’s muscles to identify imbalances in the body’s energy.”

I was back again today and it quickly became apparent that what I need to be sorting out is why I feel so utterly bogged down, crowded out by and unable to get off out to the places I need to go to. Exactly like the turtle in the picture, in sight of the marvellous mountains but in need of a means of getting there. Only now, thanks to Alison, I know where the bus stop is and when the next one is due.