You are here: Home / crisps / Review: Walkers Mighty Lights – like a crisp but better for you 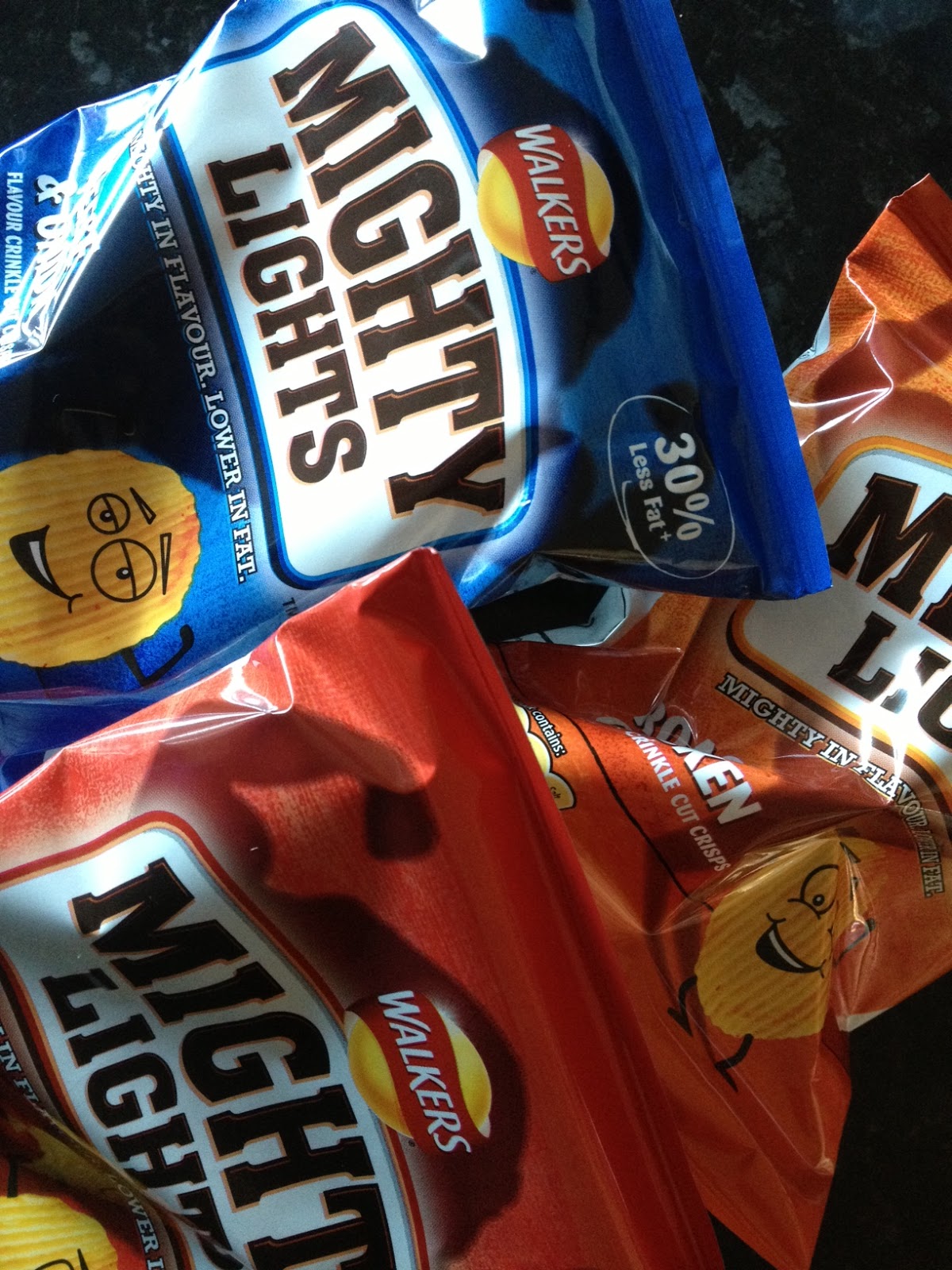 There’s a new crisp in town, apparently. It’s just like an ordinary crisp – only better for you. Taking account of the fact that it’s parents who buy lots of crisps to put into their kids’ lunch boxes, they’ve come up with something they think will tempt us.

Marvellous, I hear you cheer. But they’re absolutely no use if the little darlings turn their noses up at them. You might as well pack their lunch boxes with raw carrots and we all know how that ends.

So, first things first, are the Mighty Lights fit for purpose. They come in three flavours cheese and onion, roast chicken and lightly salted.

I convened a tasting panel – Boys One, Two and Three plus Boy Two’s chum Visiting Child C. “You get free crisps to try?” VCC was astonished and Boy Two tried to myriad benefits of being the Child of a Blogger. “Oh yes. We have to try stuff and mummy writes about it and takes pictures of us. Then she puts it on her blog.”

I could tell VCC still didn’t quite get it. What he did get is a taste of the crisps with the Boys. 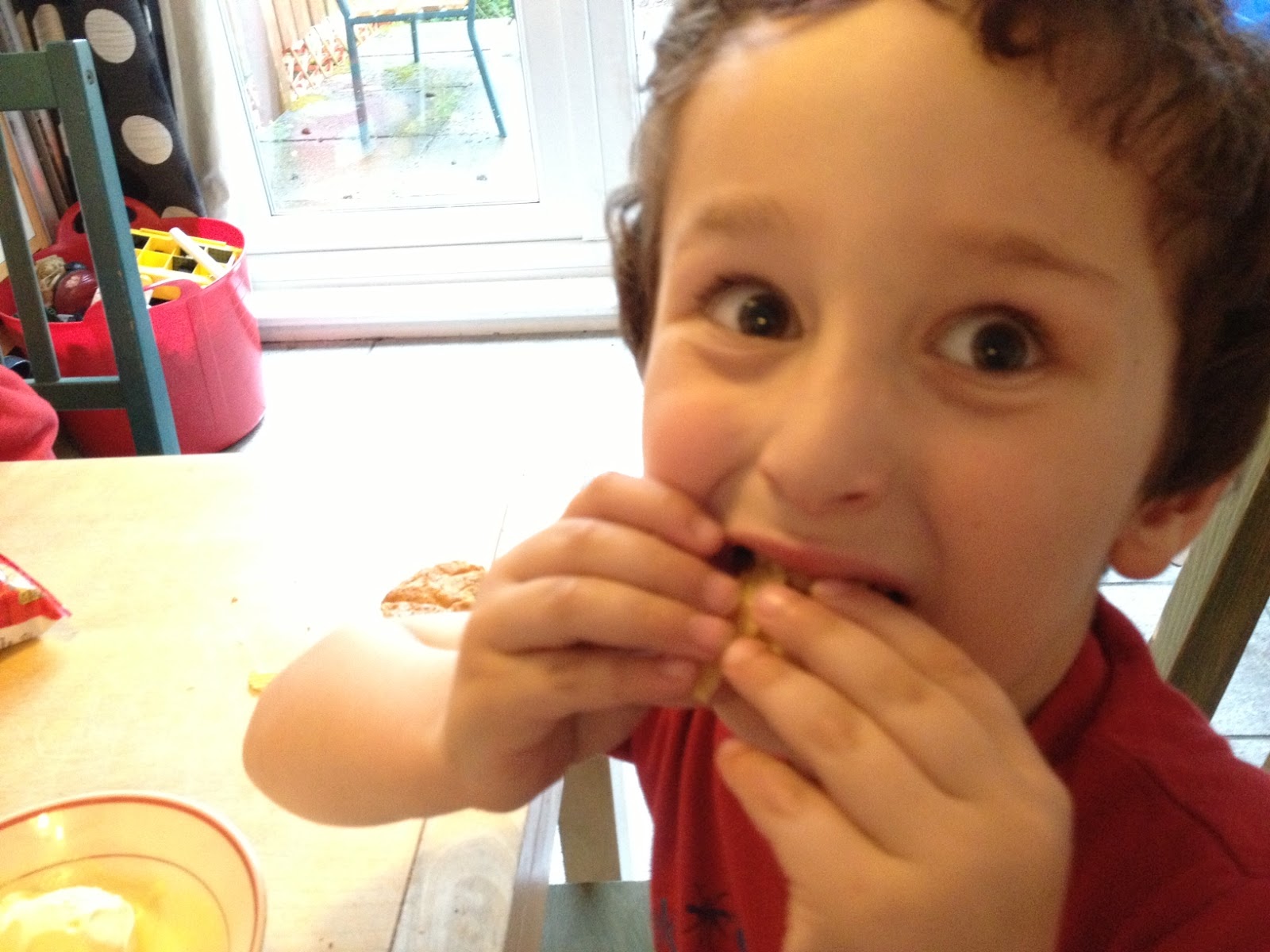 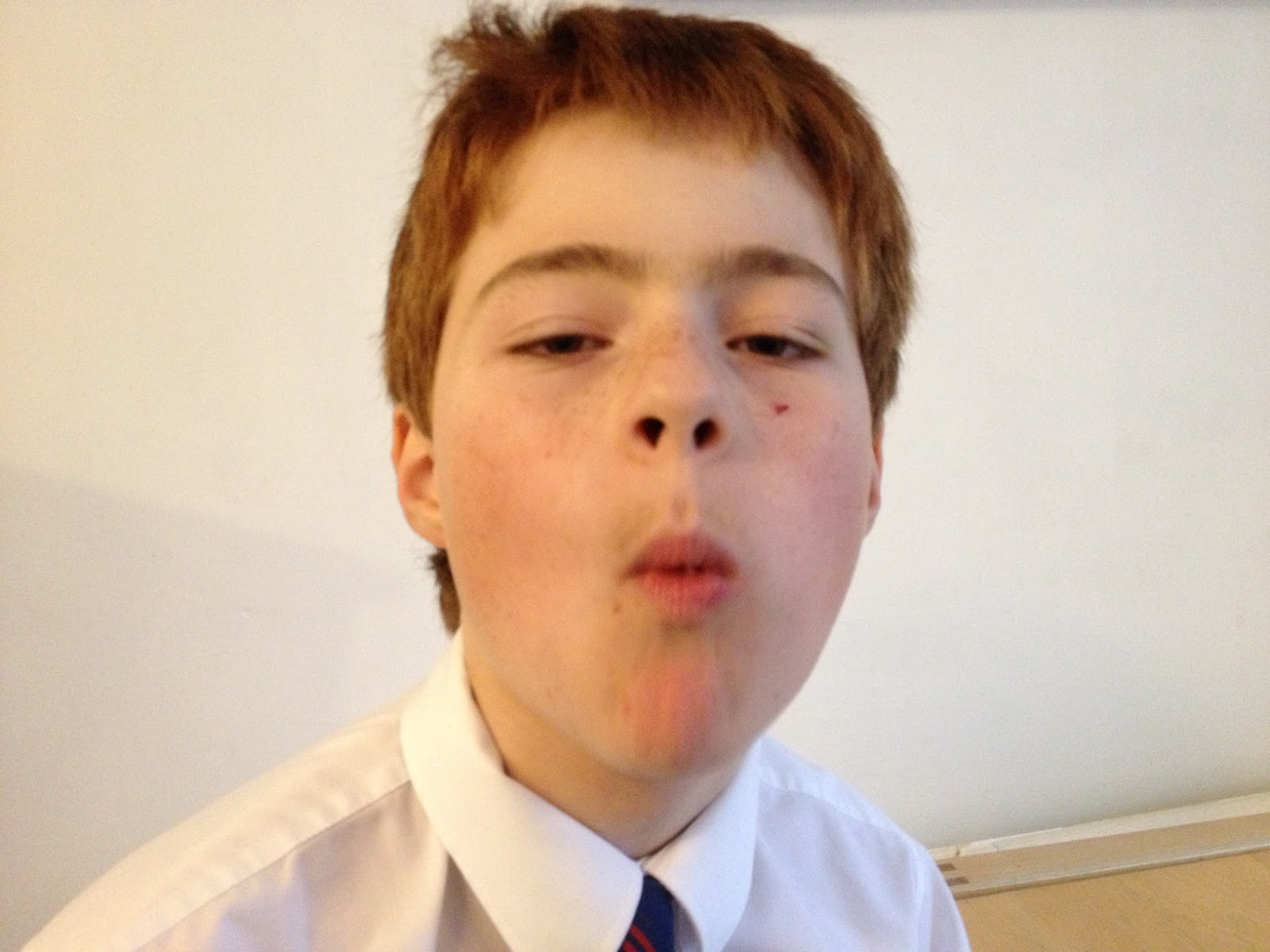 “They are rather delicious – what you’d expect from a potato-based fried snack. Can I have some more please?” said Boy One. 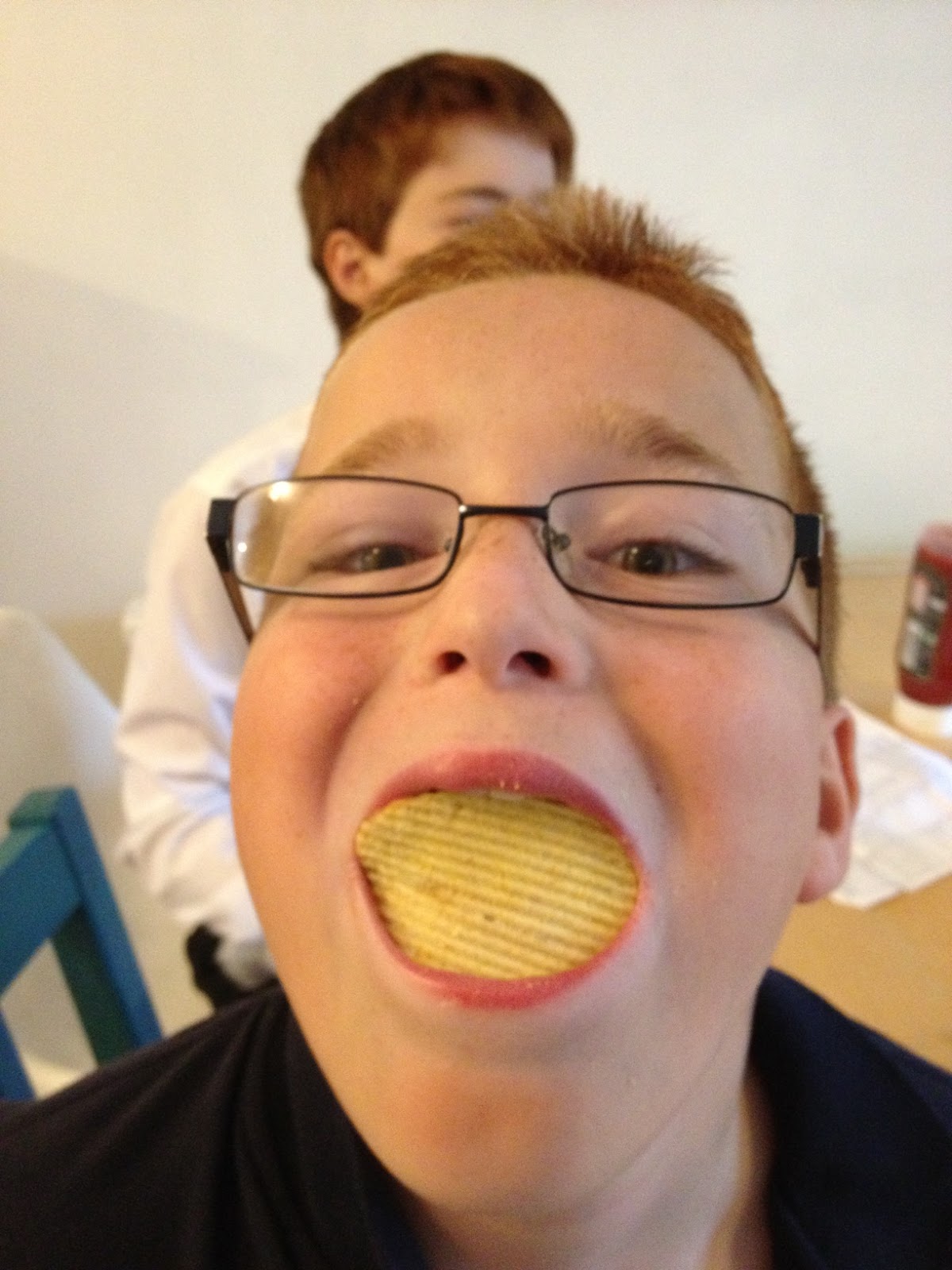 Before he launched into a how-many-crisps-can-you-ram-in-your-gob-whole contest with his brother Boy Two said: “They are a good texture. Perhaps the flavours aren’t so strong as normal, but it doesn’t put me off. They’re basically just like normal crisps.”

The conclusion then is that kids love them and would tuck into them without hesitation or any of that annoying sulkiness that usually greets a healthier option. “Awwwww. Why didn’t you get white bread? I hate brown bread. My life is awful.”

From a parents’ point of view, it might be what, to use a technical term, is a “no brainer”. If your kids eat crisps – as mine do most days, then replacing the regular ones with Mighty Lights seem like a sensible thing to do.

My bigger Boys take crisps to school everyday for playtime snack – although Boy One gets very cross if you call it playtime. And I’m sure my boys aren’t alone in that, as the primary school strongly suggests that children don’t bring in chocolaty or other sugary snacks. And so once you’ve removed the implausible suggestions of fresh fruit and veg it largely leaves crisps.

We’ve been on a campaign since term started to improve the Boys’ diets as well as the range of foods they’ll eat without whingeing. Every one of us could do with improving the quality of what we eat and generally giving our relationship with what we put in our mouths an overhaul.

I was compensated the time spent preparing this review, but the words and opinions are our own.