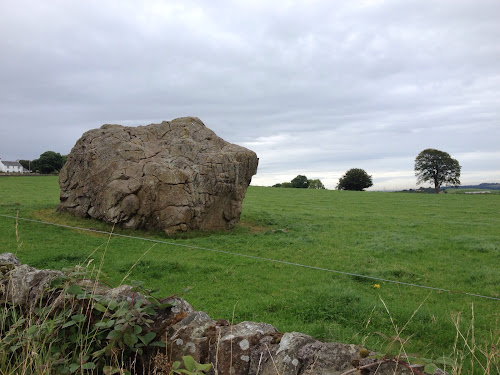 This huge lump of stone between here and Lochwinnoch is a rocking stone used by Druids to dispense justice.

At one time the slightest force would make it move so the accused would be made to stand on the top and the way the rock reacted would dictate guilt or otherwise.

And it’s also the burial place of Rhydderch Hael, King of Strathclyde who apparently beat the Pagans and brought Christianity to Strathclyde.

This I know because I followed Google Maps’ directions one day. The rock is beside a tiny little road that is apparently the app’s preferred route from here to just about anywhere.