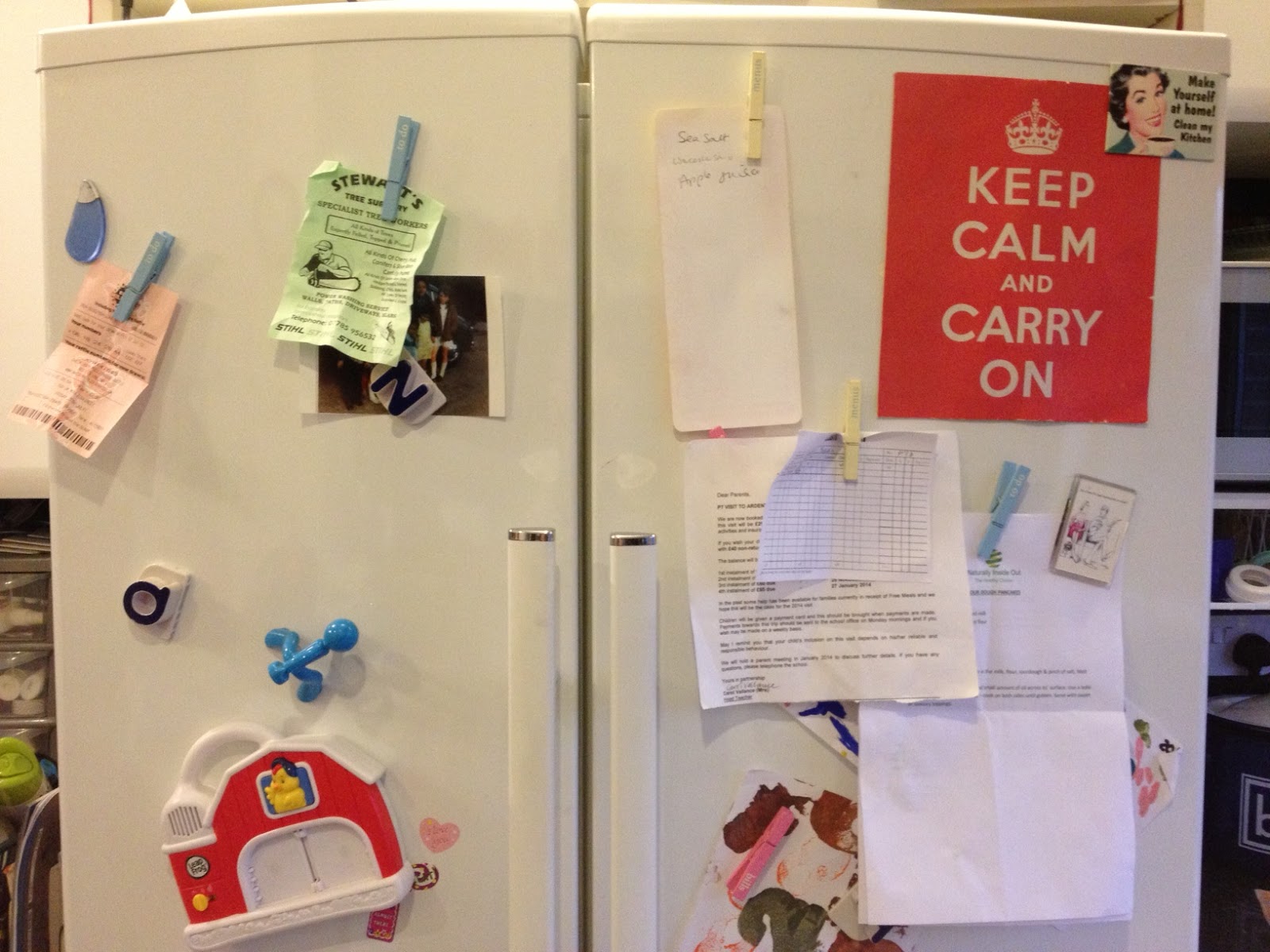 I keep getting caught out by these dark evenings. Just when I’m thinking that I might go to capture the ploughed fields looking like corduroy or the first reds and oranges of the season, I peer out and it’s dark. And then I remember I never bothered to learn how to do half way decent flash photography.

But I was browsing Jo’s blog at SlummySingleMummy the other day. She’s got a post about what’s on her fridge. Great idea – and one that I’ve nicked.

So, what’s on my fridge then?

From left, it’s a winning Lottery ticket – for about three quid. And, almost certainly, it’ll stay there until it’s too late to collect it. The Panther has a gambling problem – the problem is that he buys Lottery tickets and then doesn’t even look at them to see if he’s won.

The toy is fairly annoying and makes farmyard noises every time anyone brushes up against it, which is quite often.

The crumpled green paper is from the tree surgeon who almost certainly won’t be trimming the tree in the back garden. At £250 it’s not happening any month soon.

It covers a photo of the Panther and his sisters all looking impossibly young and cute. It’s not covered on purpose, we’re just disorganised.

Then there’s a shopping list – sea salt, apple juice and something I can’t read. It’s above the paying by instalments card for Boy Two’s residential trip this summer. Interestingly, when Boy One went to Ardentinny with his classmates for a week three years ago, only one child didn’t go, now a good chunk of Boy Two’s colleagues aren’t going. That’ll be the recession biting.

Next to that the sourdough bread recipe – next time I make some (probably Sunday) remind me to do a post about it.

Since I took this picture, Boy Three has added his latest artwork – Mr Bean Covered In Cow Poo. It’s splendid and deserves a post of its own.