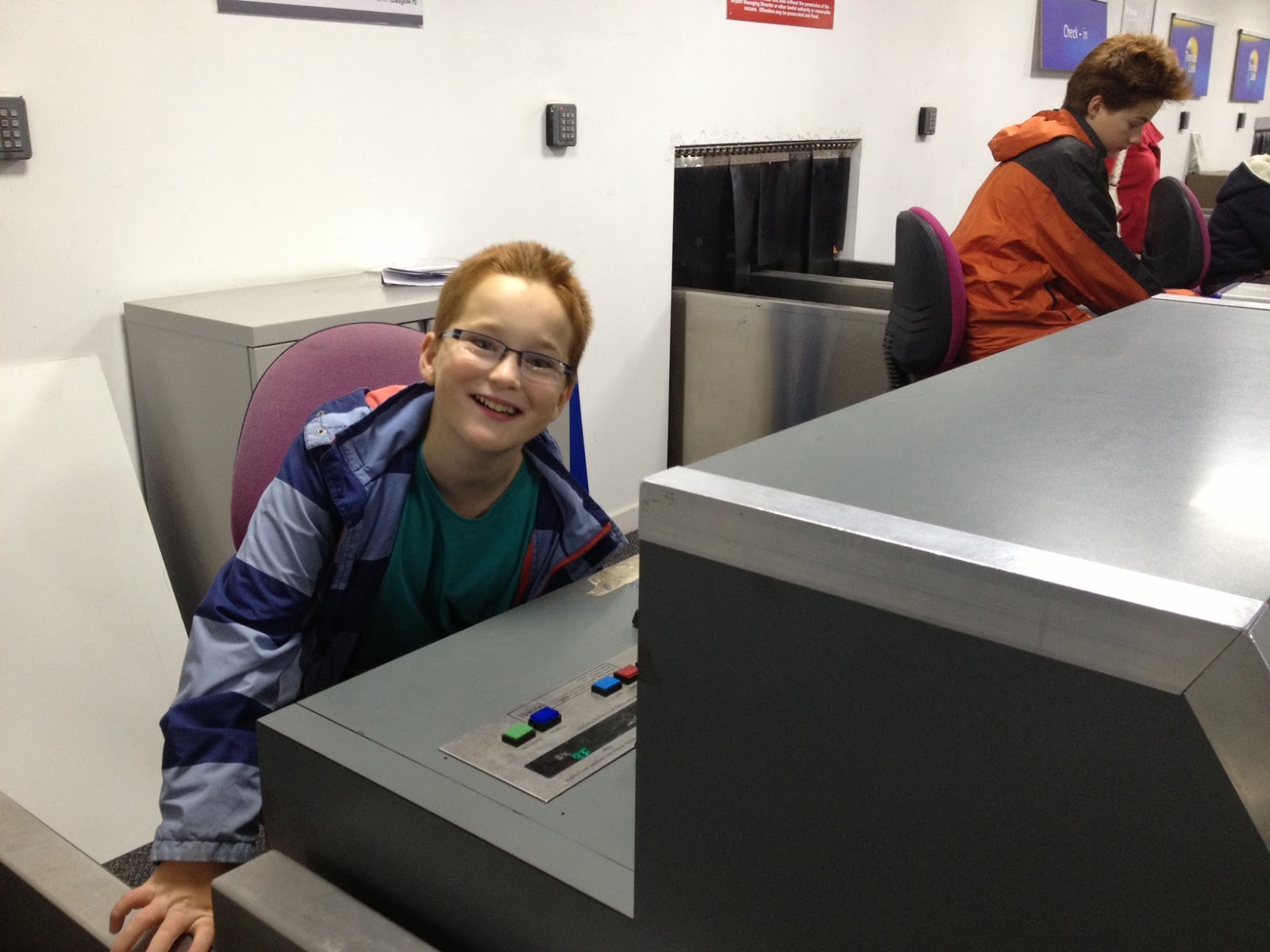 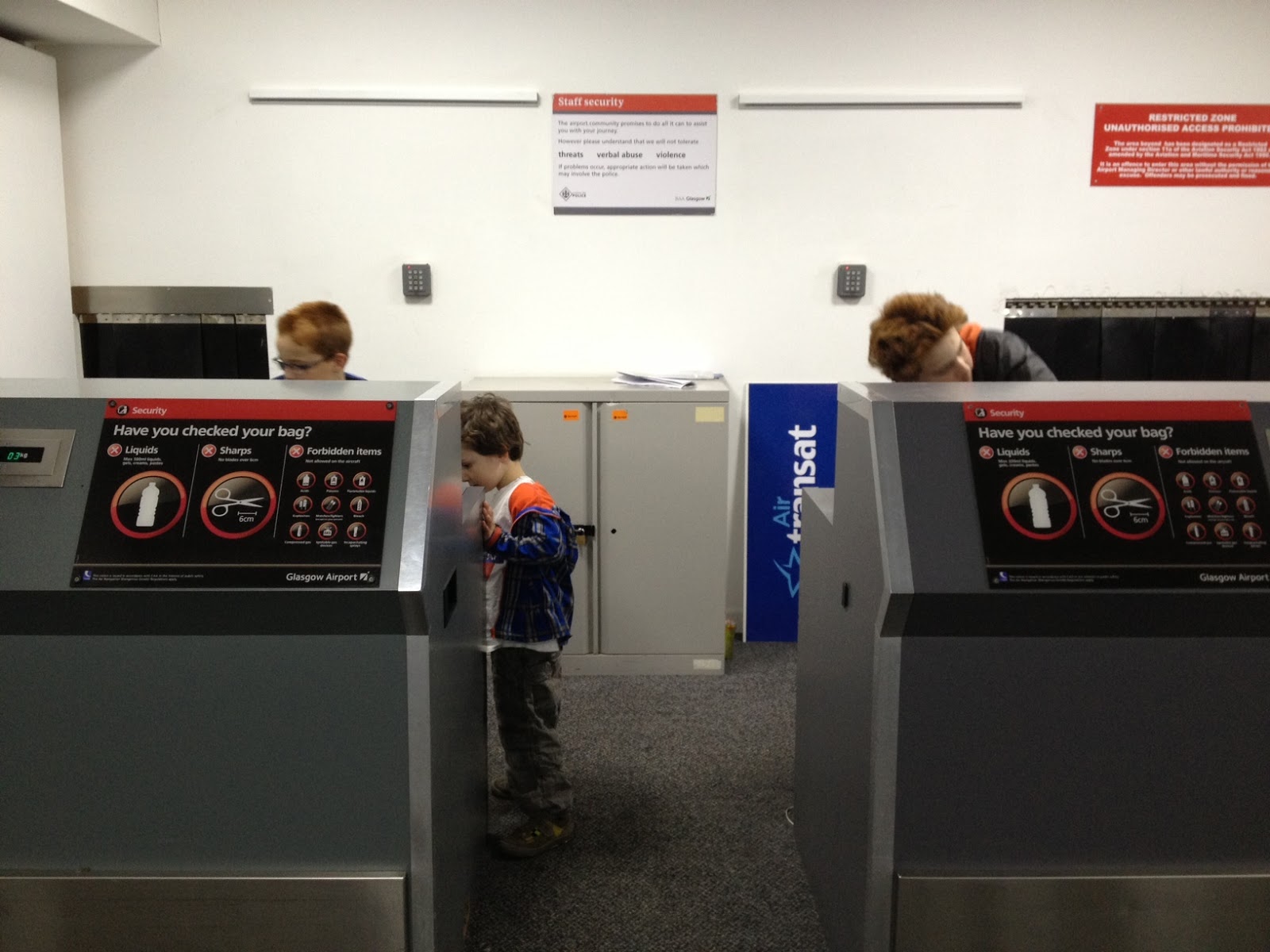 New staff at the airport.

It’s Doors Open season again. The time of year you get to have a nosy behind the scenes in numerous places. I love it, what with being an inquisitive soul and all. The kids? I don’t really care what they think, they’re just my excuse to dress up my prying nature as something educational.

Today we I decided we’d go to the airport to see what we could learn there. Places like airports and hospitals fascinate me in their complexity. Like little cities they beat with life right round the clock.

Here’s what we learnt at Glasgow Airport today:

The new version doesn’t have a basket or any hooks to stop people leaving their duty free etc hanging on the trolley. Apparently this happens around ten times a day and causes a security incident each time. I wonder where all the abandoned loot ends up…

The airport has a body scanner that is capable of undressing you with its eyes – “but it isn’t set to do that here”. Apparently it’s the bit of kit that can tell if you’ve got Semtex in your pants.

They keep a constant watch on the crowds, looking out for suspicious behaviour.

Mirrors in airport (apart, I hope, from the ones in the lavvy) are actually one-way glass and are used to watch the passing passengers.

Fewer people check in baggage these days – at one point the average was 1.2 luggage items each, now it’s 0.8.

Actors with guns or bombs regularly try to get through the security checks, just to keep the staff on their toes. Not just rogue actors who are ‘resting’ though, ones employed for the job.

The luggage x-ray system randomly superimposes bombs, grenades and other suspect things into the image the guards see. It’s a way of making sure they’re awake. Apparently watching x-rayed suitcases takes such concentration the security guard can only do it for 20 minutes at a time.

Later, the boys admitted it was quite interesting, although Boy Two didn’t get the answer to his burning question which is: How much does a plane weigh?

Renfrewshire’s doors have shut for this year, but other areas are still open. Glasgow we’re coming to get you next weekend…

◄ Review Skwooshi Mixer Set
Bloggers, PRs, Brands, journalists and SEOs – who does what to whom ►