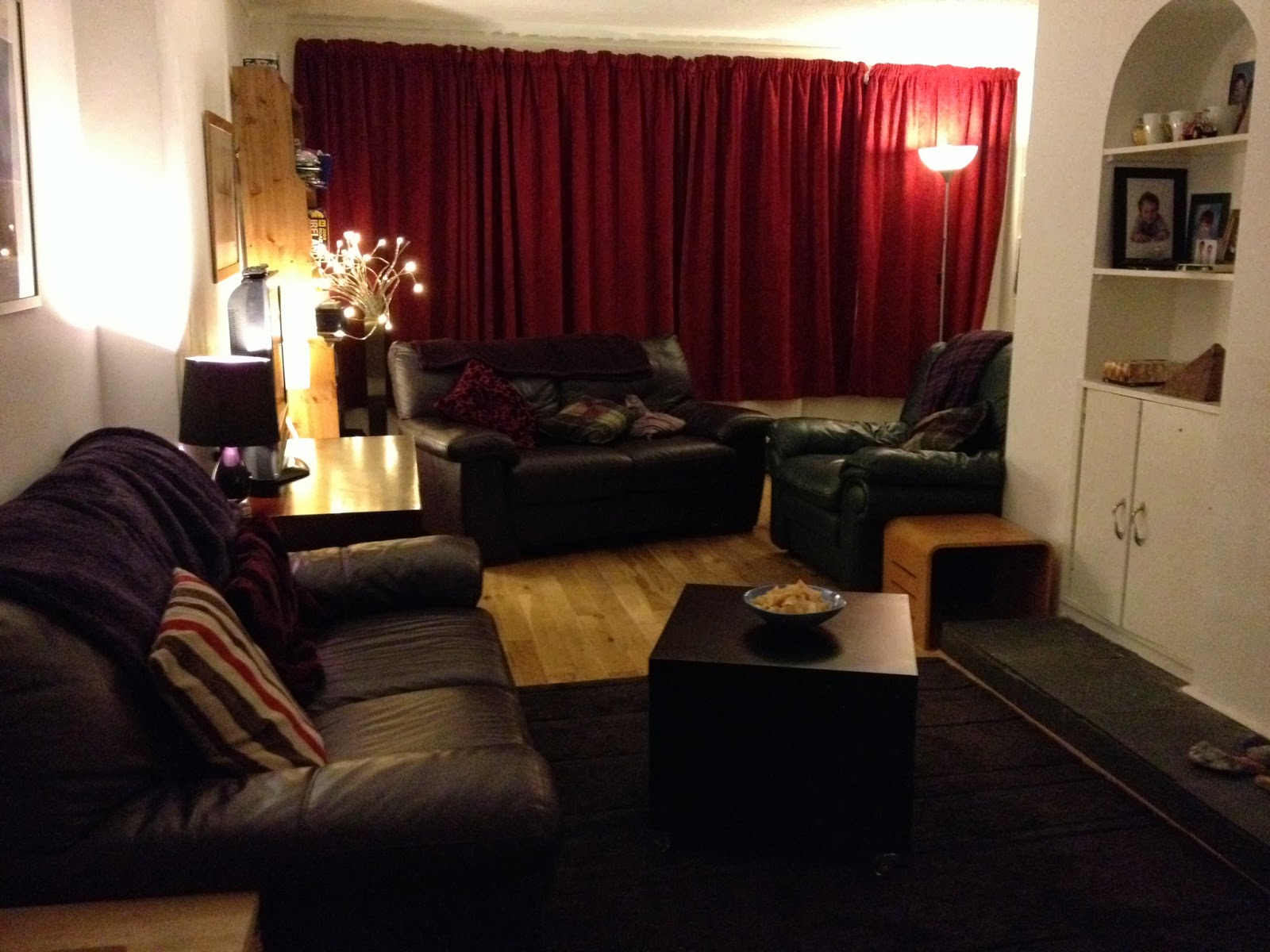 Look at this, it’s rare. The sitting room is clean and tidy. There are no toys or nasty sticky bits, for once.

Because it’s my turn to host the book group (Gone Girl, since you ask). Everything was all sorted – unaccountably calm was the mood half an hour before everyone was due.

Then I realised Boy Three had been quiet a while. He was playing ‘Babes In The Woods’ which involves laying extensive trails of polystyrene crumbs throughout the house.

I expressed dismay, Boy Three burst into wails which took some time to subdue. The rest of the family, including the Panther, helped restore order. This took some time so the hungry Panther keen to have his supper before the house filled with bibliophile women singed the onion a tad.
The eye watering whiff had only just dispersed when the doorbell rang…