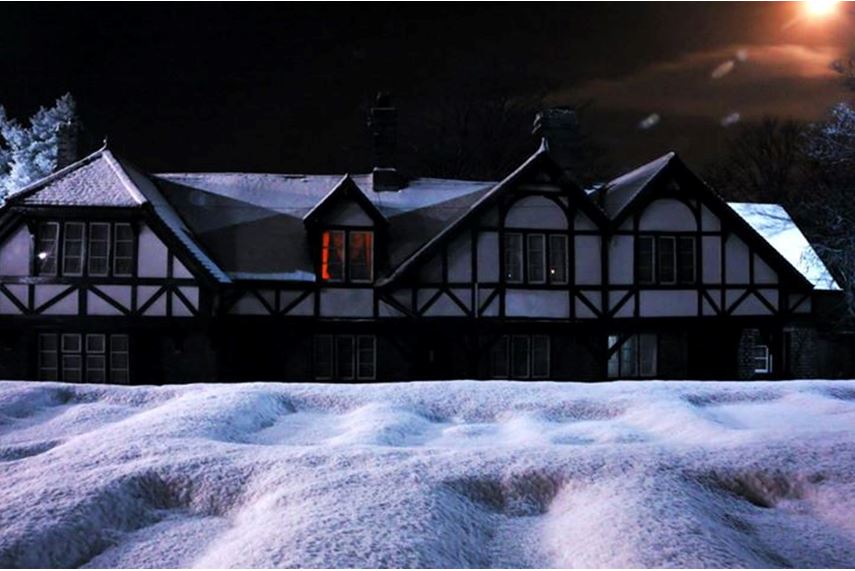 Infrared photography involves playing with light to create a weird and interesting effect on a landscape. Professional and home photographers alike can take a thing or two from this technique, and you only need a small amount of equipment to get started (as long as you have the camera already.)

Assuming you already have a D-SLR camera, pick up a IR filter such as the Hoya R72 or the Cokin P007 and make sure you have a tripod or some kind of stabiliser as the shots will come out poorly if you don’t have one.

What should you Photograph with an IR Lens?

The most important thing when thinking of what to photograph when using an infrared lens is how it works. As shown in the picture, it can make things look pretty different to how they should normally: Blue skies are black in appearance and green foliage appears white. This contrast is why people often use daylight tree-scapes as their practice shots. Another reason for this is that IR shots need a long exposure time, so moving imagery can be difficult to do effectively.

As you probably won’t see anything in the viewfinder when taking the shot, it can take some time before you’re accomplished at capturing and composing infrared light. A good way to avoid any shots that have bad focus and composition is to focus the camera on the tripod before you attach the IR lens.

As the focus distance is different for normal and IR lenses, you’ll need to let the camera autofocus with the lens on or turn down the aperture to focus the distance entirely. If you’re lucky enough to have an older lens then there may even be an IR distance built in.

The above image of a cottage by photographer Chris Howard is actually taken at around 4am. On deciding to take the photo at this time, he said: ‘You’re “meant” to do infrared stuff in bright sunlight, but I read that snow is very IR-reflective, so that’s actually a 30-second long exposure taken at about 4. So, that dark orange thing, is actually just IR light reflecting off the moon.’ 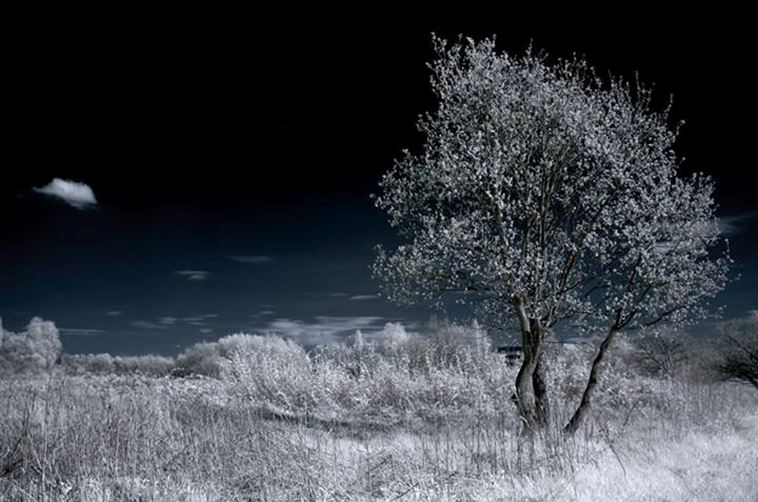 You’ll want at least 10 seconds exposure to get the best results, the bigger the better, but be aware that, as with any photography, the noise and motion blur will increase with every second.
This photo, also by Chris Howard is in bright sunlight, but on a short exposure. That’s thanks to a specially converted IR lens that ‘doesn’t see human light wavelengths, only the near-infrared range. This wouldn’t be possible without the modified camera as the photos would just turn out black on such a short exposure.

A really interesting method of exposure that Chris is currently experimenting with is using a really fast shutter speed- around 4000ths of a second- and a flash to make skin ‘almost transparent’, exposing veins in the skin, which could create some interesting, or just wacky visuals.

This article was written on behalf of Venture Photography. 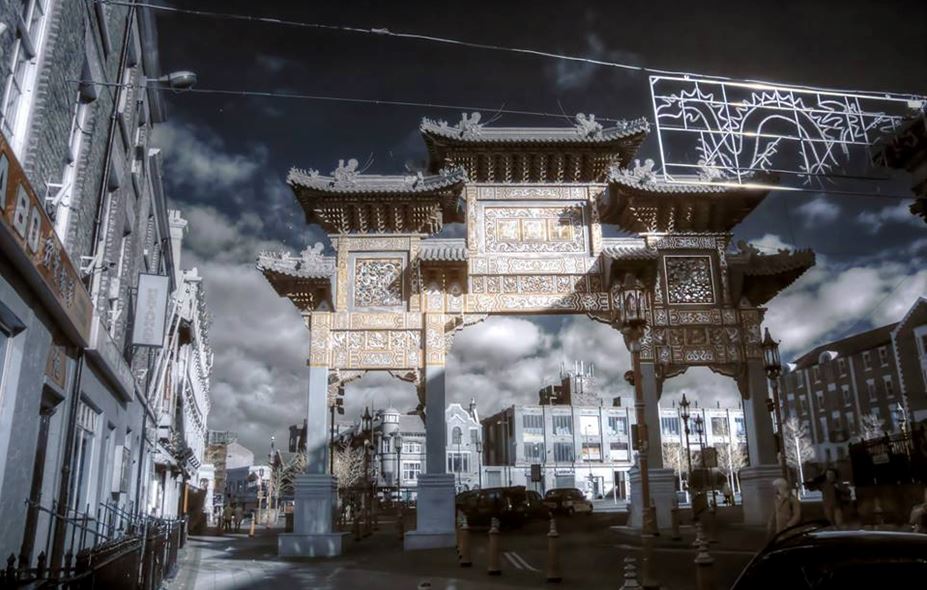 ◄ 248/365 free animals at the supermarket
Time poverty: Making the most of it ►