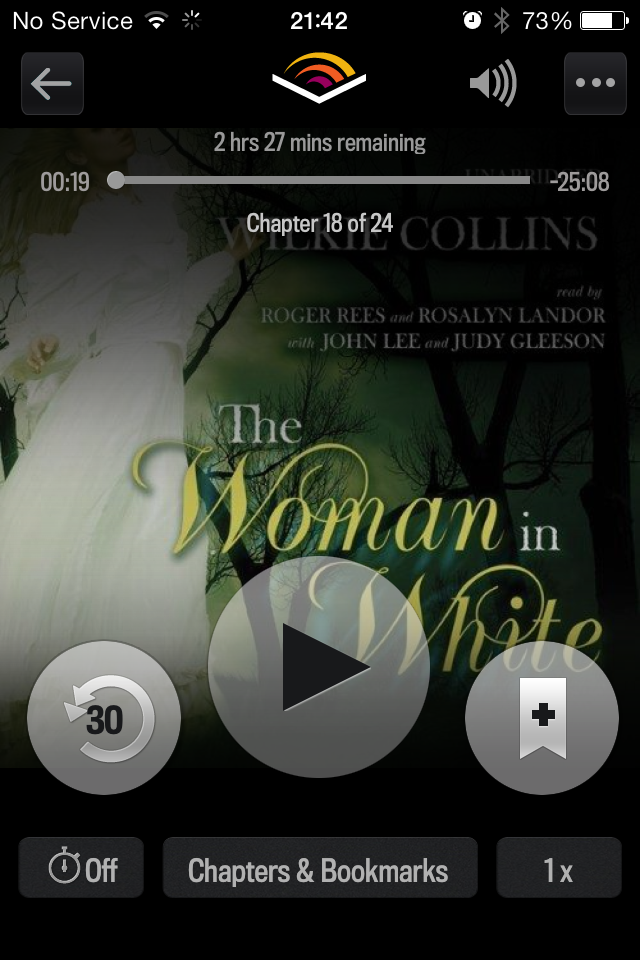 I wonder when Wilkie Collins wrote The Woman in White in 1860 that more than 150 years later it would still be being read. I’d be fairly sure he had no idea that in 2013 a woman would be able to listen to it being read to her, via headphones from her phone as she variously jogged in the early morning, drove a car to work or emptied the dishwasher. And she did all of this without the benefit of a cape or hat.

It’s a choice for discussion at a forthcoming book group meeting – between Cheryl Strayed’s Wild and The Yonahlossee Riding Camp for Girls by Anton Disclafani – and I (wisely I now see) opted for the audiobook format. Much as I’m enjoying the tale I think the Victorian aversion to snappy story-telling would be heavy going as a last-thing-at-night read.

Still, the contrast between the fictional world where every communication is written with a quill pen and a whole plot point rests on the fact that no one can prove the date something happens and today’s linked-up digital one is sharp. I suppose that must be the measure of a good writer that even though almost everything else is unrecognisable, what the people of his creation are going through is still compelling.

Anyhow, here I am banging on like someone from the book. What I mean to say is, here’s what I’ve learned from The Woman In White.