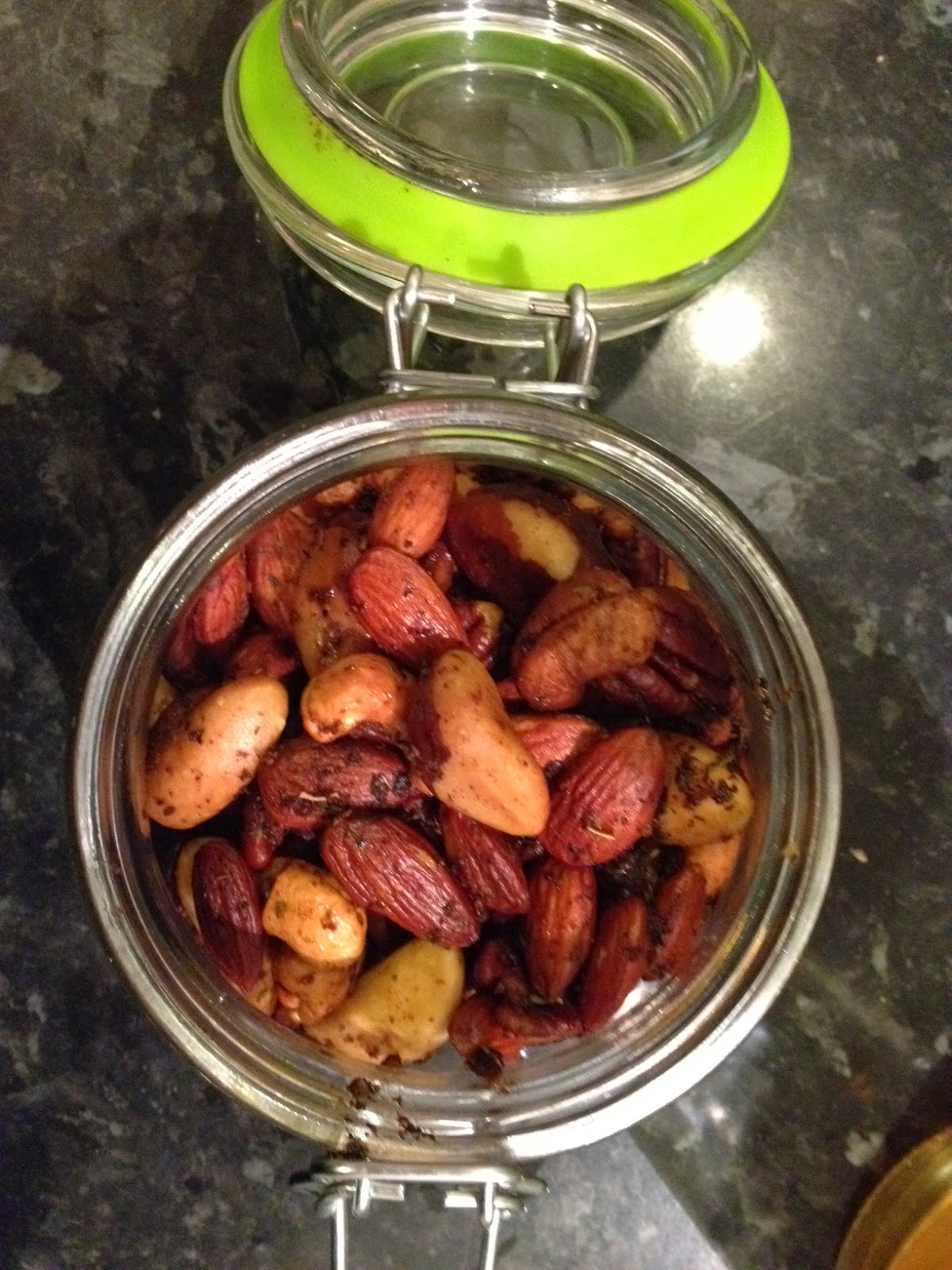 Clearly I don’t literally mean the waving of nuts – edible or otherwise. That would be silly.

It just seems like a bit of a busy kind of week, the kind when it’s been all about paddling like fury just to stay in one place. You know the sort.

It’s been the Panther’s first full week in his new job – he assures me it’ll settle down, but they his colleagues certainly seem to be seeing far more of him than we are. Not, of course, that I’m moaning about that. It goes with the territory but it’s just something of an adjustment at the Palace of Bundance.

The main adjustment is paying attention to all those plans I’d carefully put into place and seeing how fast I can re-arrange them. He was supposed to be off next week – half term – but now he isn’t. This means jamming extra days’ work where there aren’t any hours to jam them. Again.

It’s given me the chance to explore that old ‘having it all’ notion. The you-can-find-a-work-life-balance-but-you’ll-have-to-give-up-sleeping chestnut is busy falling on my head again.

Consequently, in order to get some peace, Boy Three has been allowed to himself through paint (a good thing) while naked (a good thing from the laundry point of view) and now has a multicoloured torso and blue genitals (only really not a good thing if someone he’s not related to sees).

The house is a tip and we have visitors coming tomorrow (a good thing) but the will under no circumstances be allowed upstairs (only a bad thing if I have to explain why I’ve come all Basil Fawlty at the idea of them leaving the ground floor).

No one has any clean clothes (a good thing if you look at it as an opportunity to learn life skills).

Boys Two and Three got a high-speed tour of Renfrewshire and Inverclyde when I forgot that Friday football training has moved to the winter venue of the school in Port Glasgow rather than the playing fields of Quarriers.

And my new career (unpaid) as District PR and Media Manager for Inverclyde Scouts (the title merits capital letters, don’t you think?) has picked a challenging week to start on. Not to worry, if I can manage it this week, thereafter it’ll be a breeze… won’t it?

Meanwhile, the slow cooker has been my trusty friend throughout (as long as you like overcooked sausage pasta bake). Today I roasted some nuts…

◄ 284/365 Things I’m learning from The Woman In White
Guest post: Romans and relaxation in Cyprus ►