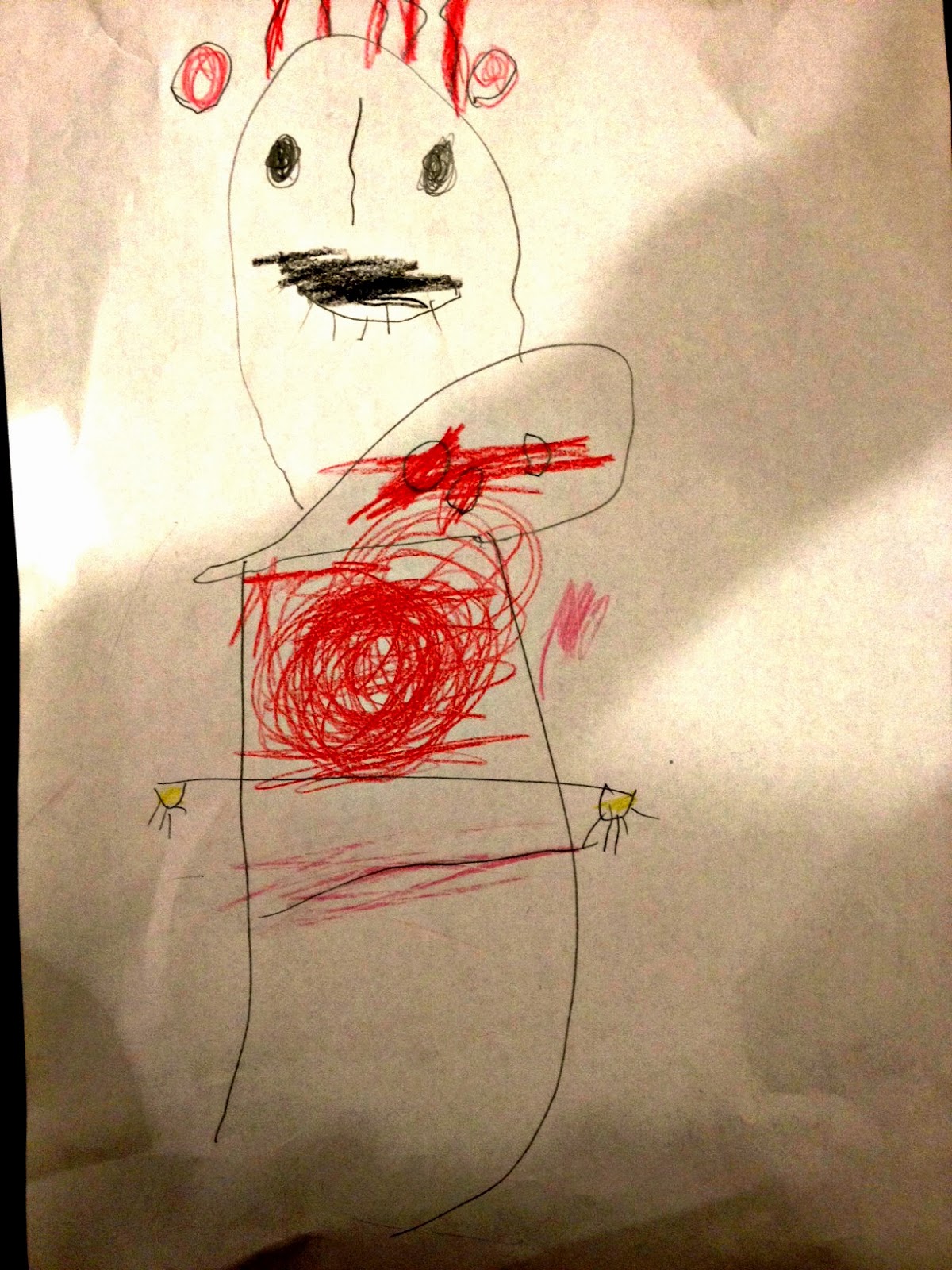 No really? What happens, because I have no flipping idea.

I picked up Boy Three and Boy Two from nursery today with high hopes of a freshly cooked supper and a contented evening.

Boy Two was in the holiday afterschool club – not ACTUAL nursery – under huge sufferance and in a big strop.

But boy Three was chipper as ever and showed me his latest work of art.

“That’s lovely darling, what is it?”

“I’ve done your belly button and your boobies on it. Look.”

He pointed a grubby finger at the three red circles in the wide bit under the face.

“And that round bit is your t-shirt. And your hair sticks up and those aren’t ears they’re jewels. Those are your pants. There, look. I had to do your hands yellow because I wanted peach, but we didn’t have a peach crayon.”

And the moustache? Thankfully, he had started an impressive howling before I could ask.

Only his wail-up was worse than usual because his brother was stirring the situation as only a sulky pre-teen can.

“Be quiet or you’ll put mummy off and she’ll crash and the car will go on fire and we’ll all die. Horribly.” Which didn’t help at all.

In spite of his warning, we made it home safely and clutching hot packets of chips – bone idleness wrapped up as a treat for Boys One and Two who are off to see their dad tomorrow. And I thought they would go well with the perfectly cooked slow cooker chicken that had been under Boy One’s supervision all day.

Sniff, sniff. I hoped to be greeted by wafts of hot cooked poultry. Wholesome and tasty. But there were none.

The slow cooker was almost switched on. But almost isn’t quite good enough when it comes to cooking dinner. So the Boys had chips for tea with tinned hotdogs and tinned spaghetti and they pronounced it delicious.

A more suspicious parent could believe a conspiracy afoot.