You are here: Home / carbon reduction / Energy saving successes – down with bills

I’m gazing out of rain splattered window and it’s fairly clear that winter, if not actually here, is loitering round the corner ready to pounce.

However, this year, I’m ready. My house is much more energy efficient than it used to be – and I can prove it.
Back in Spring, LEAP sent Tom from Thermal Energy UK to come and do a draught test and take thermal image photos of the house.
The point was to see what could be done to make things warmer, cut bills, and reduce carbon emissions. His draught test came up with a score of 19.9 and a list of suggestions for things I should do.
The score was not catastrophic, but it was on the high-ish side and there was room for improvement. A newly built house would score 10 or under.
But I’m fairly clueless when it comes to DIY, so LEAP sent Marcelo Dominguez from Casa Homes and Gardens to help me with the measures. Marcelo is based in Lochwinnoch and comes highly recommended – you can contact him on 01505 842439 or 07739 827647.
The first place to get to work was in the bathroom, where a loose bath panel was letting icy gusts just blow into the house. The panel was fixed into place and, crucially the gaps needed to be sealed.

It really was an easy fix and has made such a difference to the comfort of the bathroom.

Next was the cupboard under the stairs where cool breezes were escaping from, presumably, under the house, round the gaps in the door and into the hall.

Obviously, it’s fairly important to remember to shut the doors that have now got draught proofing on them – but you don’t need me to say that. Right?

A key spot where Tom identified a draught was under the kitchen units. They have the standard kick plates, but they weren’t sealed of insulated at all. This means that heat could find its way out through the floorboards and vents.

Marcelo used lengths of insulation to fill the space. If you remember to wear gloves and use a dust mask, this stuff isn’t difficult to work with. Think of it as putting a cosy jumper on your house. 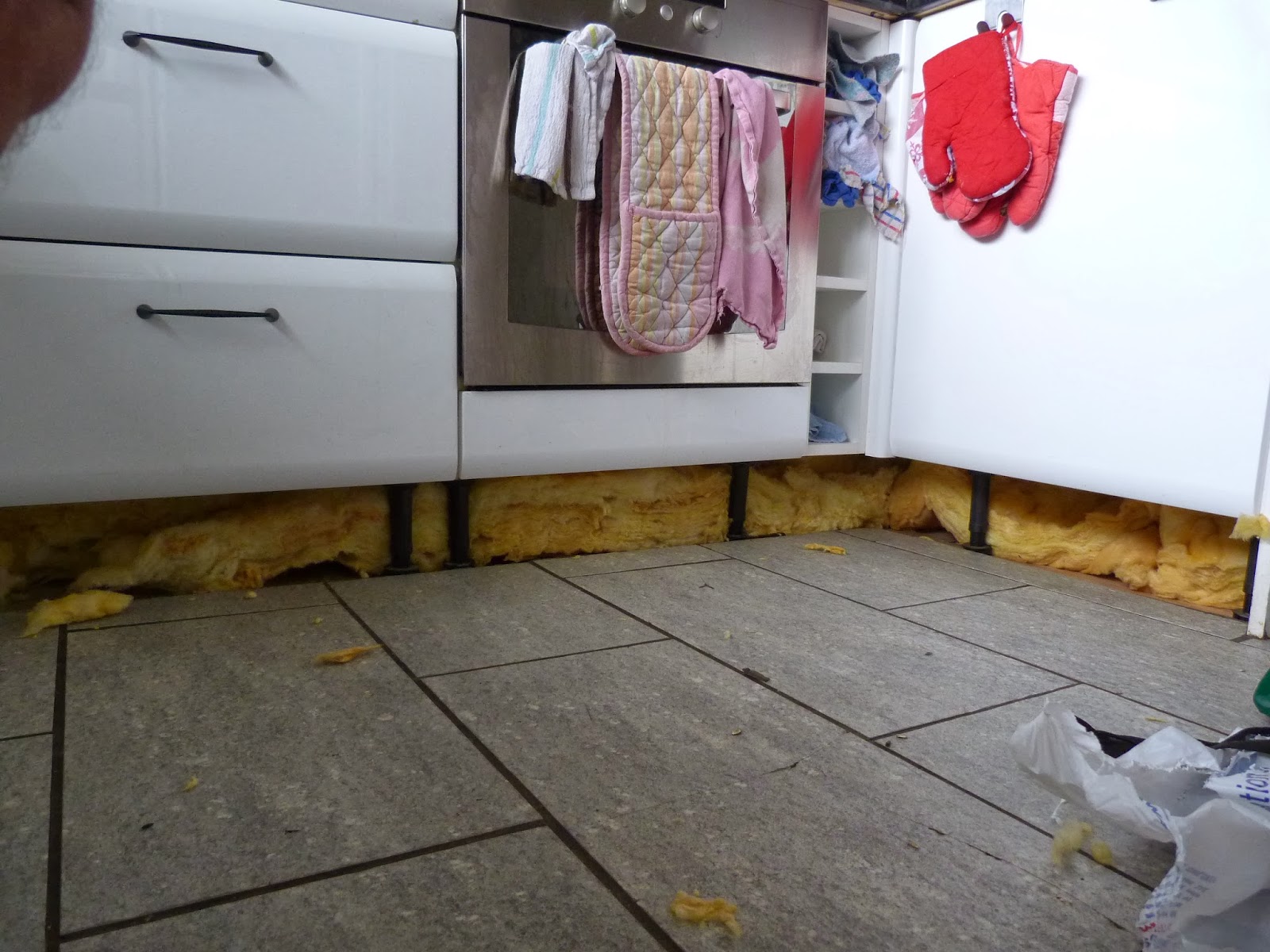 Then Marcelo replaced the kick plates and sealed them with silicon. Obviously, if they need to be removed, you’ll need to seal them again.

In our downstairs loo, there’s a large hole around where the waste pipe goes through the wall. I had no idea it was there until Tom’s draught test discovered it. So now Marcelo has filled it with insulation. 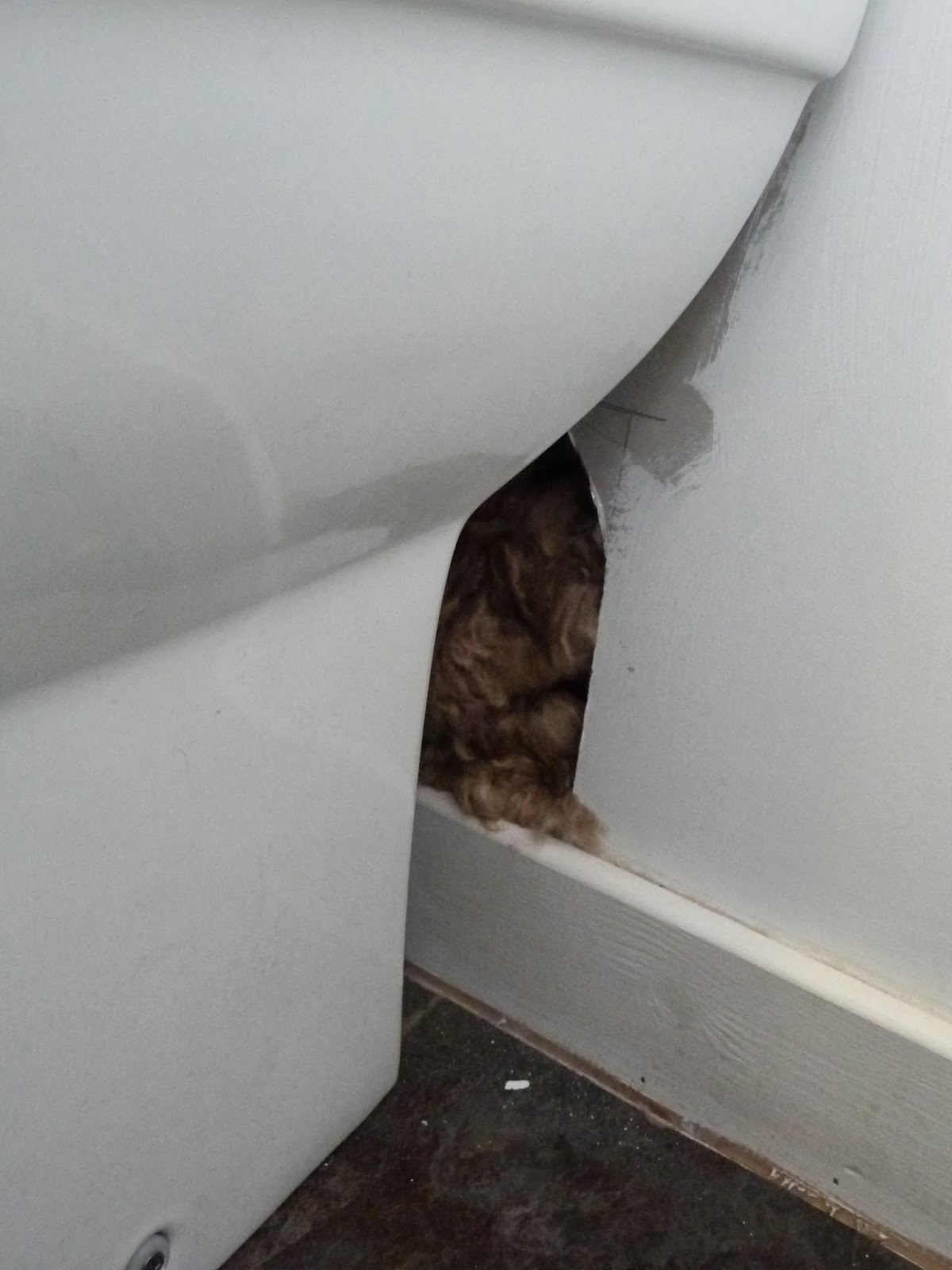 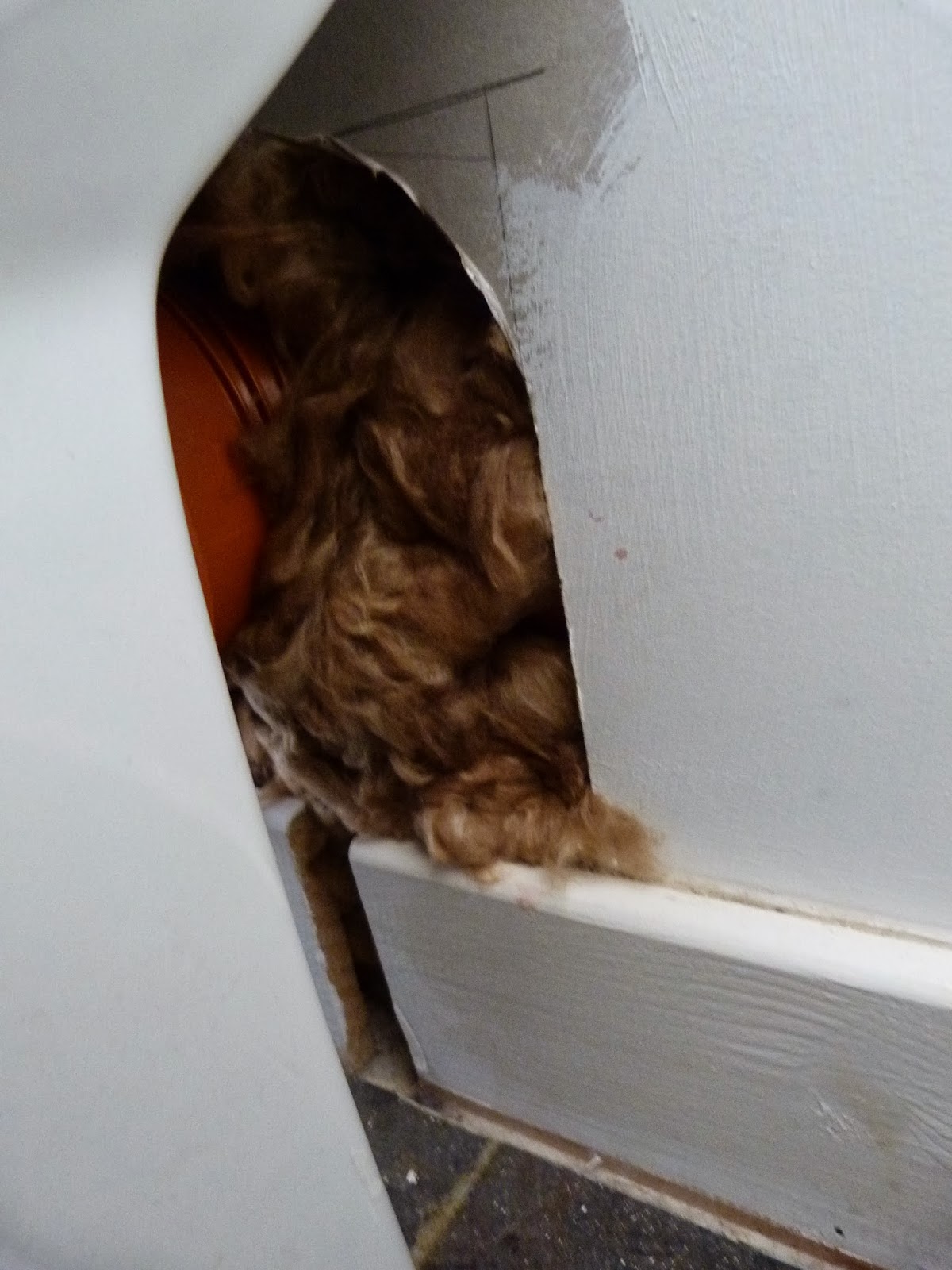 Marcelo also tackled a draught at the patio doors where the existing seal has become compressed and less effective. He simply stuck a strip of foam insulation along where the door meets the frame. Very simple.

All of this work really did look very straightforward and didn’t require any specialist knowledge or equipment. LEAP has advice and information about draught busting.

Is it worth it?

Previously I’ve been a bit flummoxed by the hundreds of bits of information on the subject. For a start it all seemed like a lot of hard work and I had no idea if it would be cancelled out by simply leaving the fridge door open for a couple of hours.

So Tom came back with his draught machine. 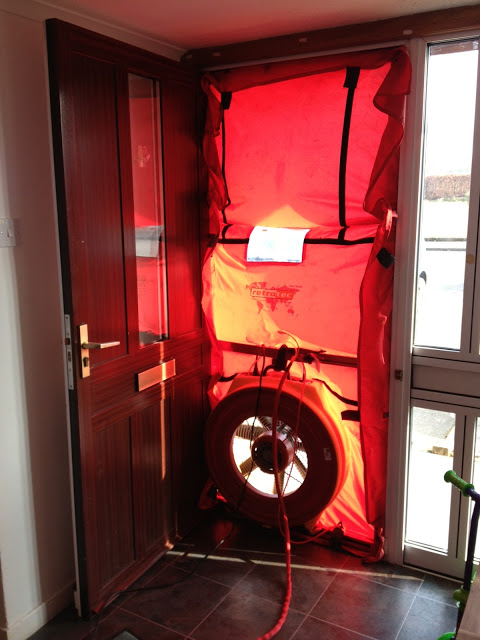 And this time we scored 13.3! This is a huge improvement for what really weren’t very significant measures. This improvement will be reflected in our fuel bills, hopefully, rendering them not quite as scary as they have been.

Of course, these improvements are ‘fixed’ things, but the biggest energy-saving improvements still will come from changes in behaviour, such as remembering to shut the curtains and blinds as soon as it gets dark.

Thanks to Tom, Marcelo and the team at LEAP for helping us to get ready for winter. LEAP offers free home energy tests to local householders.