You are here: Home / Cyprus / Guest post: Romans and relaxation in Cyprus
Katie-Belle is the travel-loving and cakeaholic blogger who usually writes over at delightso.me, where you can keep up with her travels and misadventures in baking. She’s reporting on her trip to Cyprus.
She’s probably the exception rather than the rule. But my little girl is already something of a history buff. She already knows more about the Kings and Queens of England than I do and, rather than Enid Blyton or Jacqueline Wilson, she’s been making her way through an illustrated history book at bedtime. 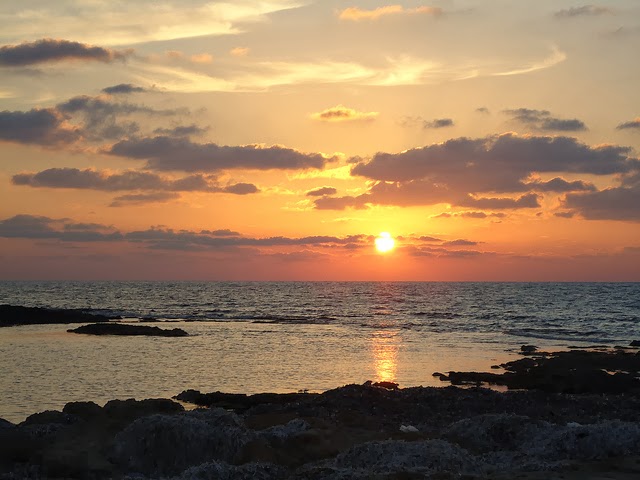 So, when I ask if she wants to come with me to see where the Romans lived in Paphos, she doesn’t take a lot of persuading to put down the book that she’s devouring by the poolside at our resort.
We probably could have walked, but it’s already hot, even though it’s not yet 10am, so we take a quick taxi ride north to the Paphos Archeological Park, part of a UNESCO World Heritage Site. Here, there are excavations dating right back to prehistoric times, but the star attractions are the Paphos mosaics, on the floor of four Roman villas. 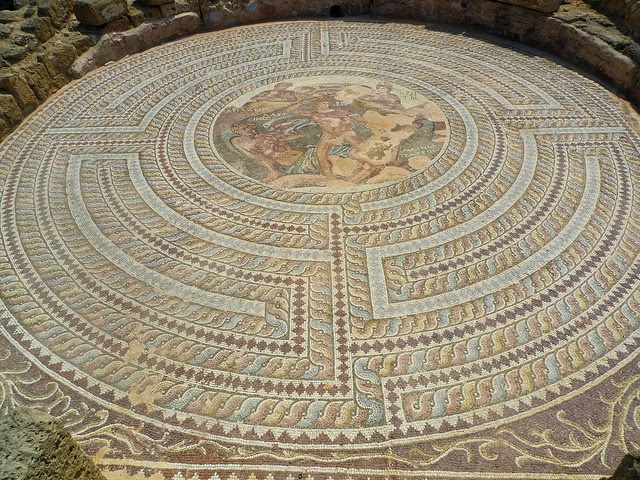 Despite dating back to the 2nd century AD, the colours of the mosaics are still beautifully vibrant, and they are remarkably intact. My daughter is fascinated to think she is literally walking in the footsteps of Romans. And, we wander around the mosaics, trying to match up the stories about them with the pieces of art.
Lots of them show images from Greek mythology – which is handy as she’s learning about the Romans in school this term, and they’re moving onto the Ancient Greeks next term.
Our favourite is the mosaic showing the tragic love story of Pyramus and Thisbe because of its intricate detailing. The couple had planned to meet up in the forest. But Thisbe arrived first and fled in fright when she saw a tiger. Pyramus arrives later and, when he sees his lover’s scarf covered in blood from a fresh kill, he assumes she is dead and falls upon his sword. 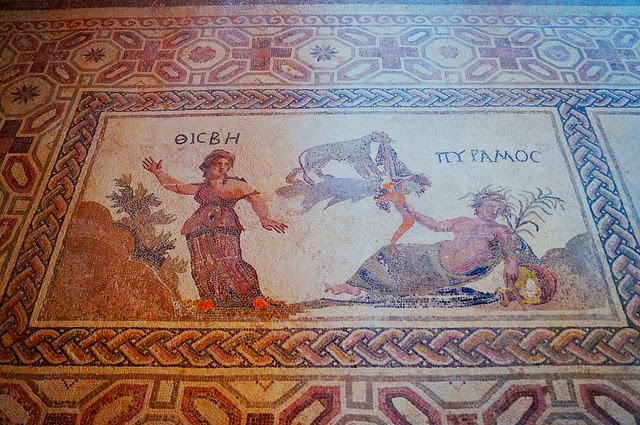 There’s also a depiction of the four seasons, dating back to the third century, along with mosaics showing Theseus killing the Minotaur and Hercules and the lion of Nemea. My daughter loves the one which shows Orpheus, because it pictures him surrounded by animals who are listening to him play music.
There are some shady spots, but soon the midday sun is beating down so, after buying bookmarks and postcards to take to school to share with the class when she gets home, we head back to the pool to meet up with her daddy and brother, who we thought was a bit young to appreciate Roman history.
They’ve been happy just splashing about in the pool. And, after a morning of sightseeing, we’re ready for some relaxation too – or at least I am. I settle myself on a lounger while my little girl goes off to whizz down the water slide again.
We’ve all worked up quite an appetite, so we decide to treat ourselves to an early dinner at the Doria restaurant which has been recommended. Our little ones are big fans of the keftedes, traditional Cypriot meatballs, but there is a separate kids menu as well, while we opt for the fish meze, washed down by a crisp dry white from the local Vasilikon winery. Sipping our wine, which tastes of apricots and peaches, while looking out over the Mediterranean, it’s not hard to see why one of the Roman villas at the archeological park is dedicated to the god of wine himself, Dionysus.
This is a partnered post.
◄ 285/365 Nut waving but drowning…
287/365 It’s been a long day… ►