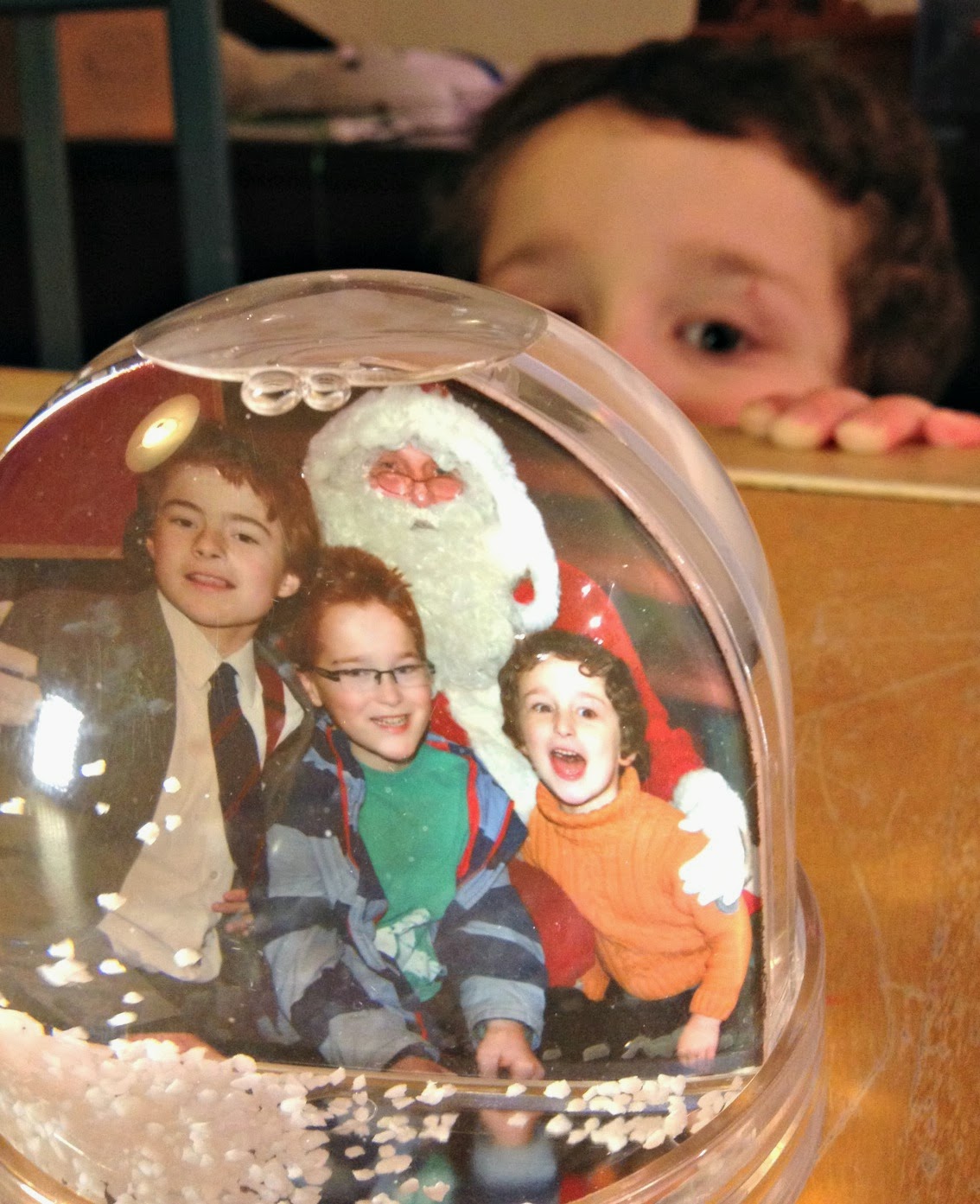 Look at their smiley little faces – all happy to meet Santa and excited about Christmas. Thanks to the team at the St Enoch Centre in Glasgow for giving the boys such a magical early start to the festivities.

Any mother would melt at the memory of such a lovely moment. Wouldn’t they? But today the warm gooey feeling was only a faint memory – instead I had wall-to-wall stroppy shouty brats.

“Mum, do something. He’s called me something horrible and I’m upset.” (To be fair, it was a pretty beastly thing to call someone.)

“You never do anything about HIM.”

“Remember when he hurt me in the swimming changing rooms. You never did anything about that.” (This incident is more than five years ago)

“You never treat me like my age.” (Rising shrillness.)

“You are an awful parent and you don’t love me.”

“It’s not fair to punish me by stopping my screen time. Not fair.”

Slam. Bang. Thump. (Apparently a cross 11 year old thinks flinging all the cushions on the floor and opening all the windows is a suitable way of getting his own back.)

“You always take his side.”

“Let me have Pringles or I won’t love you.”

“Ok I will still love you only not as much as daddy.”

“I promise I’ll eat my supper.”

“You’re not listening. I want Pringles.”

But he beats his brothers’ huffs by playing his trump card – pooing in the bath.

I hope that, one day, when they’ve flown their nest and I have a moment or two to contemplate the past, I’ll remember the snow cone moments and have forgotten evenings like tonight’s.