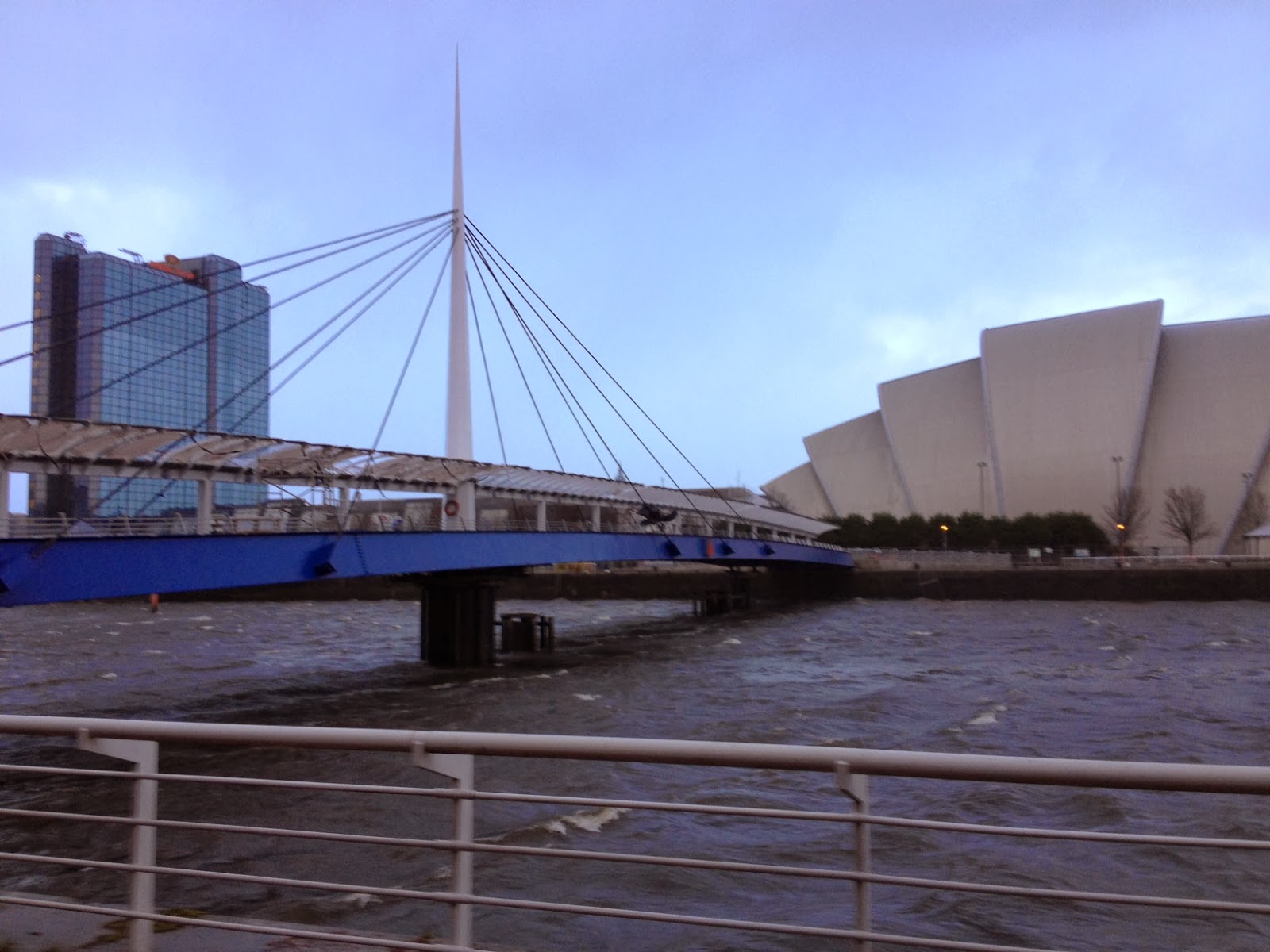 Of course what this picture could have shown is those Perspex panels on the Bell’s Bridge pinging out of their sockets and flapping over the white horses on the Clyde. Or, even, it might have been a video of same. Or in focus.

Only it wasn’t, it’s blurry and rushed because it was actually a bit scary. Things were flying around and, while I knew it unlikely, I didn’t want one of them to be me. Builders’ barriers and trees were threatening to come loose and it was all making a horrible howly noise.

Don’t get me wrong. I like a bit of weather. The Panther and I braved Bawbag to take the kids on a walk over the golf course. It’s elemental and thrilling.

This time, though, it sort of took me by surprise. It’s not that I didn’t know it was coming. The news had been on about it for ages. Transport delays were guaranteed and, according to the council’s Twitter feed, the gritters were hard at work. But I didn’t take it seriously…

It seems there are so many official warnings, foofed up to frantic by hungry media desperate for something to fret at. The guidance is so tedious, to dull to bother with. Don’t they know I’m far too busy to stay at home at the first sign of “is your journey really necessary?”? Of course it is!

In any case, standing up to an old bully buffeting breeze or a skiddy bit of ice is what I’m all about. Made of stern stuff, unyielding and determined. Aren’t I? In any case weather warnings are for wimps… or other people.

So, when they park every single train in the country (health and safety gone mad), close the biggest station for a broken pane of ceiling (overkill) and warn everyone to HEED THE WARNINGS, what do I do? I get in the car and drive. Obviously.

You’ll be thrilled to know we have survived unscathed. Only the telly appears to be on the blink (trampolines on the signal, or something) and, actually, I rather like the quiet.

And for tomorrow’s commute…

This is what I’m planning to ignore: 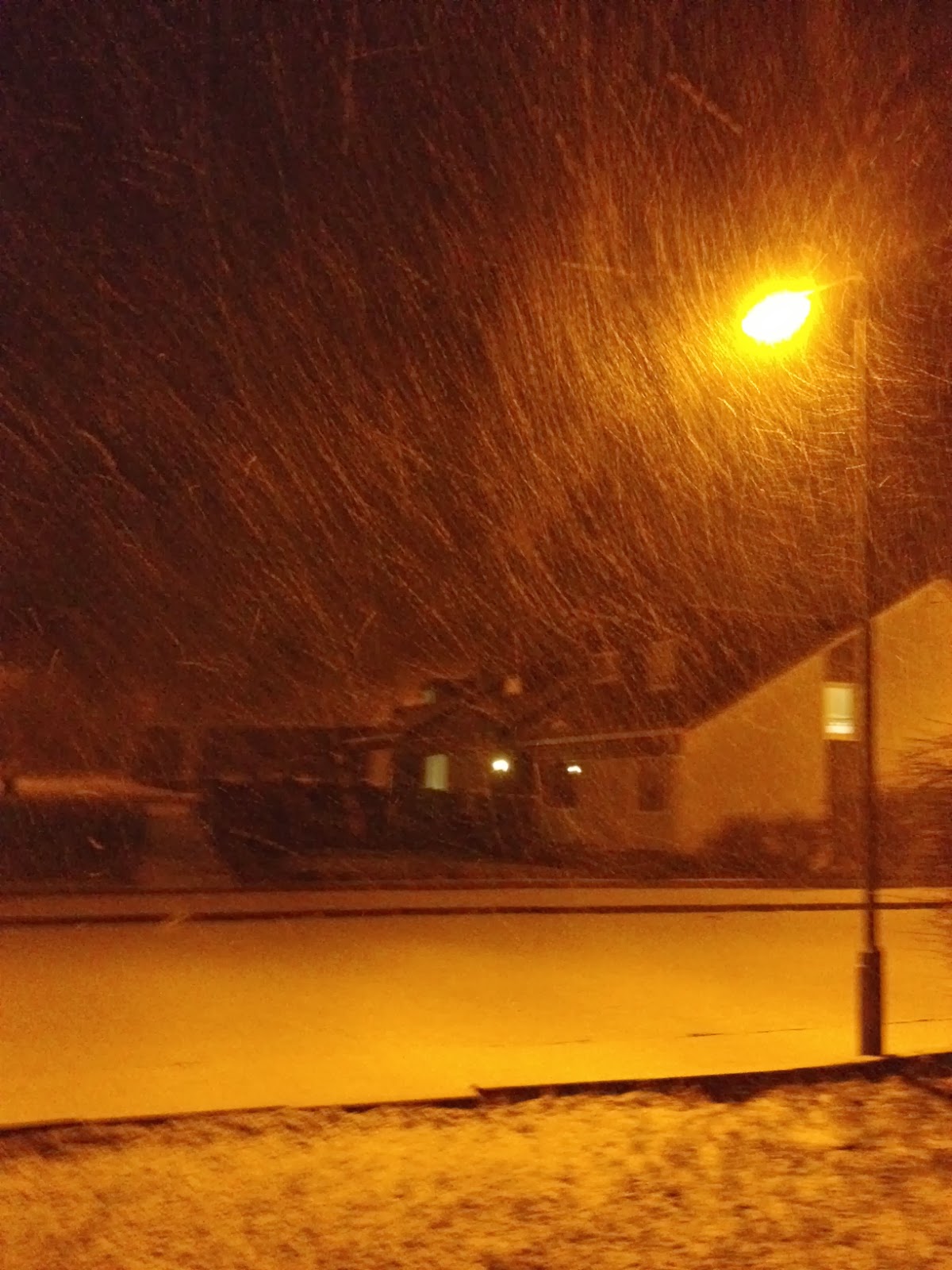