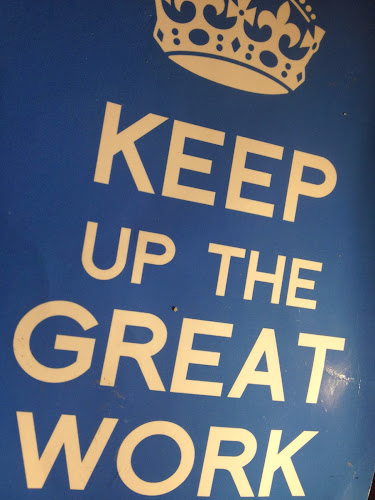 School Christmas show day again. For once I was early, queuing 20 minutes ahead (yes really) to get the seat Boy Two told me to.

So as I sat and waited for the fun to start other parents tripped over folding furniture and settled in.

I wasn’t really eavesdropping, but I overheard the folk near me catching up with each other.

“I’ve been running about like a darkie,” said someone’s dad.

What?! He actually said that.

Just then the first class filed in and started to sing.

I’m not sure what was more shocking – the fact anyone thinks an expression like that is in anyway still acceptably or that it was used in school yards away from small children with tea towels on their heads.

And the picture? Boy Two earned it for doing a brilliant job running technical stuff for the show as well as taking part in his own class’s turn.

He didn’t hear the casual racist’s comment and, the chances are, he’d have no idea what the cretin meant.

◄ A rum do: Bacardi cocktails in my kitchen
346/365 Possibly the scariest shoes ever ►