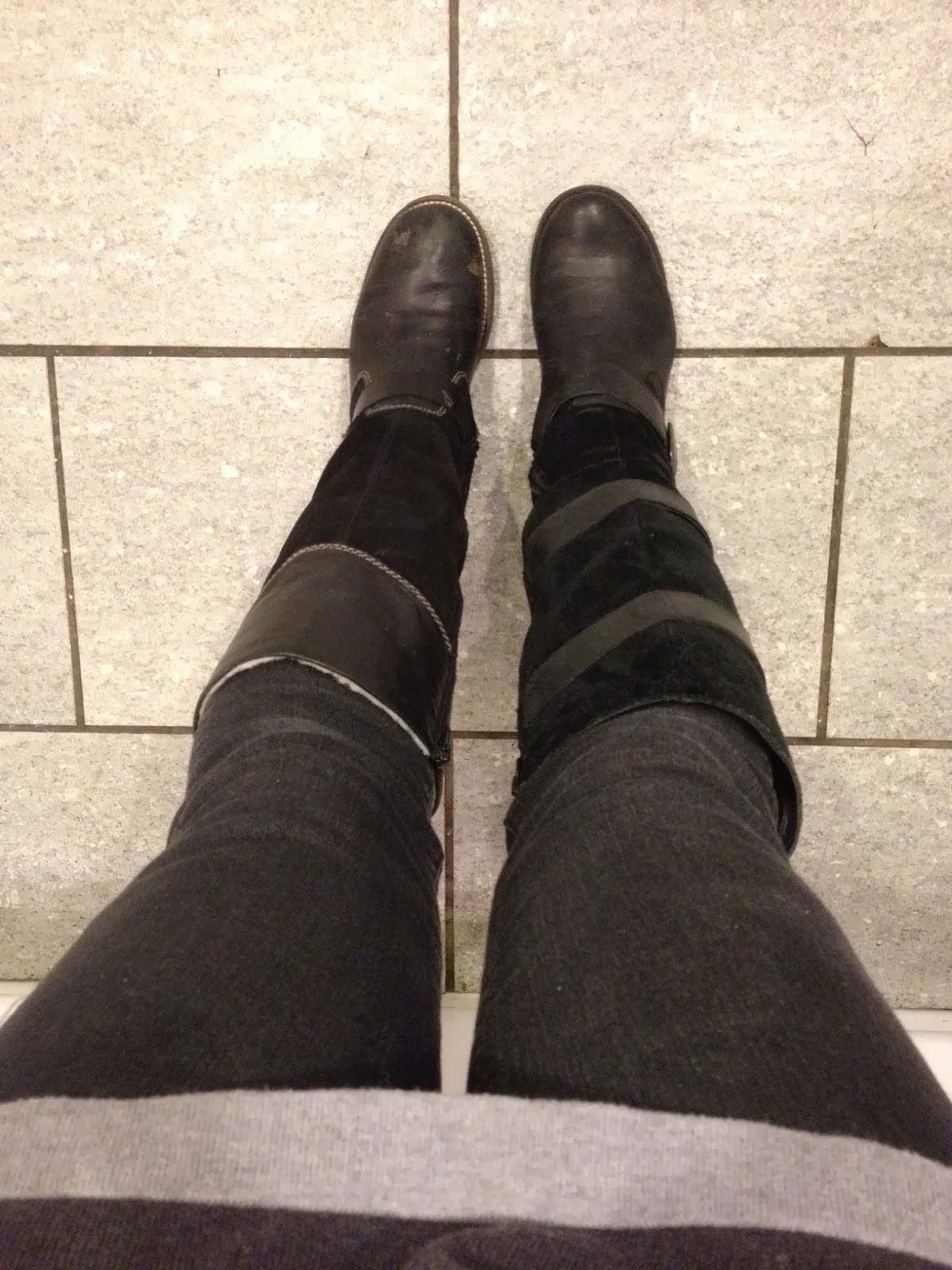 This. The first piece of evidence.

I have been looking like this all day. And in public.

Not only did I take Boy Three to nursery but then I went to meet Deb to have a look at the Vettriano Retrospective and have some lunch. We thought we’d see what the fuss was all about and then, at least, our sneering (or otherwise) would be informed

Back to nursery – no wonder there were funny looks – and home to make sausages and mash for the Boys.

While waiting for them to eat, I found myself idly gazing down and thinking: “I don’t remember putting these boots on to day.”

That’s because I didn’t. I put the other ones on and got distracted half way through.

There’s nothing quite like discovering you’ve been going around all day in odd footwear to take the momentum out of the sharp and funny commentary you were planning to write. Not so clever and smug now, eh?

Then the next sign is the fact that I haven’t the slightest idea what I’ve got for whom.

It started so well with lists and everything. Then there was a speedy and efficient net shopping blitz. Job done within two cups of coffee.

Or was it? I found myself doubting whether the orders had actually gone through, if I’d bought the same thing twice because I’d searched one or two places. Help. I appear to have a bad case of webshoplag – when the brain can’t keep up with the speed of the purchasing.

Finally (for now anyway) the emotions give the game away. Like PMT, if PMT was overpriced, came in red and green wrapping and smelled of cinnamon, oranges and pine. A chin quiver at the kids’ Christmas show is to be expected but unaccountably blubbing at some viral video or photo montage is a sure sign, we’re within sniffing distance of a Doctor Who Christmas Special.

Ho ho ho.  And now I know what the big beardy chap in the red PJs was laughing at.