You are here: Home / Beacon Arts Centre / Jack and the Beanstalk at Greenock Beacon Arts. 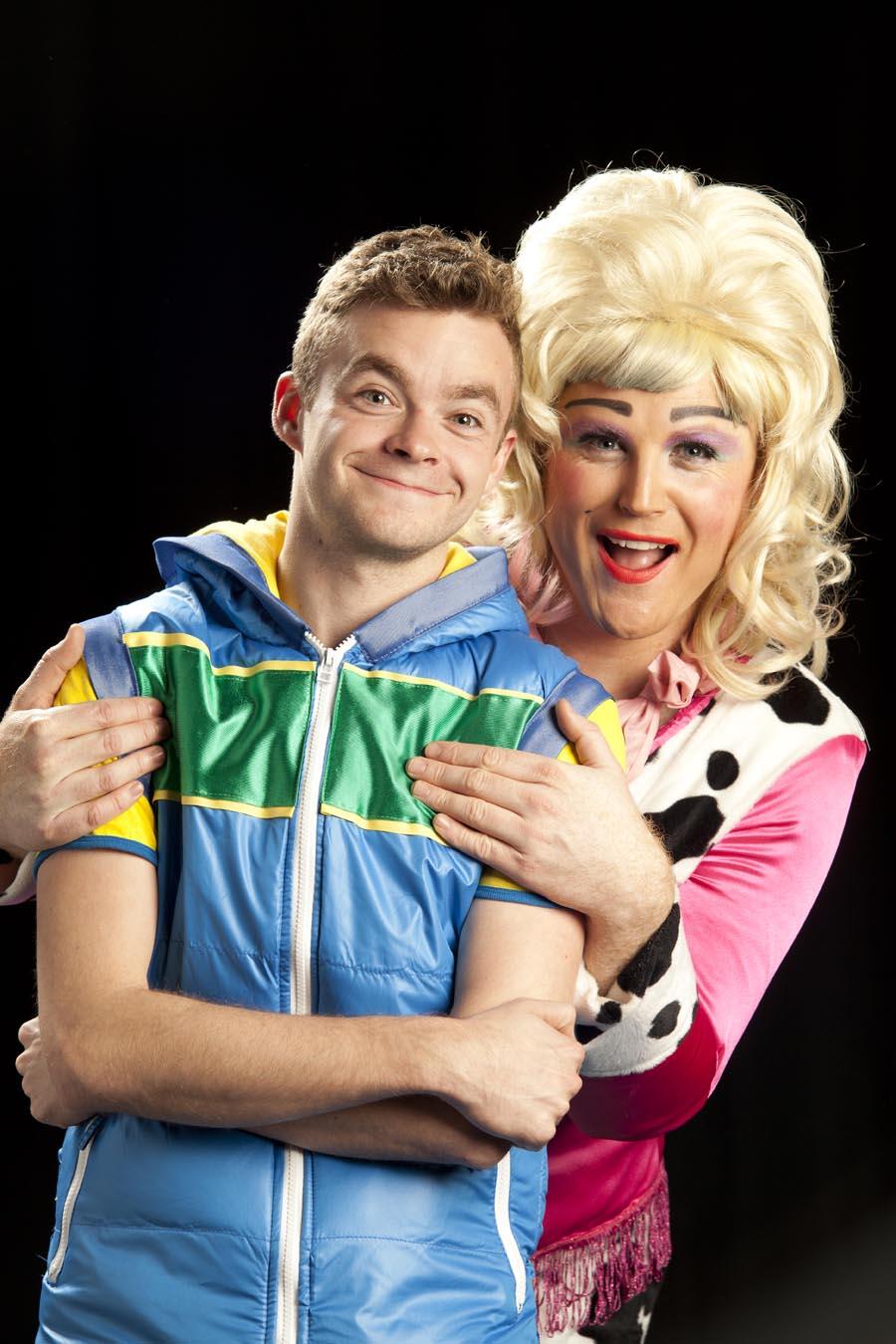 Jack and the Beanstalk at Greenock’s new Beacon Arts Centre has everything a good pantomime requires – and more.

Written by the talented Alan McHugh, the show sparkles from the off. Even with the few first-night creaks as the cast got out of the starting blocks. Starring, from Gary Tank Commander Scott Fletcher and Leah Macrae, and from River City Gary Lamont and Paul James Corrigan, the show belts along with pace, energy and warmth.

The songs – often a panto meh-point – swing along with a blend of familiar tunes and newly altered lyrics. Day Dream Believer becomes Cheer Up Marg O’Reen. (I could explain the detail of how this makes perfect sense in panto-land, but I know it’ll just sound daft, so I won’t bother).

In short, Marg’s son Jack, hindered by his dozy brother Angus, are on a mission to save their town Retropolis from the hungry giant who lives in a castle in Stratospheria which is unaccountably the land of superheroes. But then it’s panto so it doesn’t have to account for itself.

My three Boys, aged 4, 11 and 14, were gripped all the way through despite the older two being experts at bored disinterest. In fact, they hooted with laughter. And who can resist a line like “there’s a big bovine bahooky in ma pus”?

Only my youngest had mixed feelings about the show. It was going swimmingly until the baddie, Superfly (Paul Harper-Swan) turned up and the voice of the giant (Tom Urie (the voice, not the giant)) boomed out. Boy Three leaped out of his seat and flung himself onto my knee sobbing: “I want to go home.”

He’s inclined to drama – in fact I wouldn’t be surprised if a career on the stage beckoned – so was placated by a promise of ice cream and a happy ending.

The giant does put in an appearance later when his torso is visible with moving arms at a table set with gigantic cutlery and a massive salt and pepper set. “Don’t eat them,” my four-year-old yelled at the top of his voice.

The cast manage, while negotiating the ridiculous plot, is to get everyone onside from the off. They’re having fun and so are we.

If you want a cracking evening of magical, festive fun, then make your way to the Beacon Arts Centre in Greenock… you will not be disappointed. You will also avoid the eye-watering ticket prices of big-city venues and the near-the-knuckle gags that lead to difficult conversations in the car on the way home.

Incidentally, our homeward car journey consisted of me mostly explaining to the boys that the person who played Marg O’Reen really, really was a man. 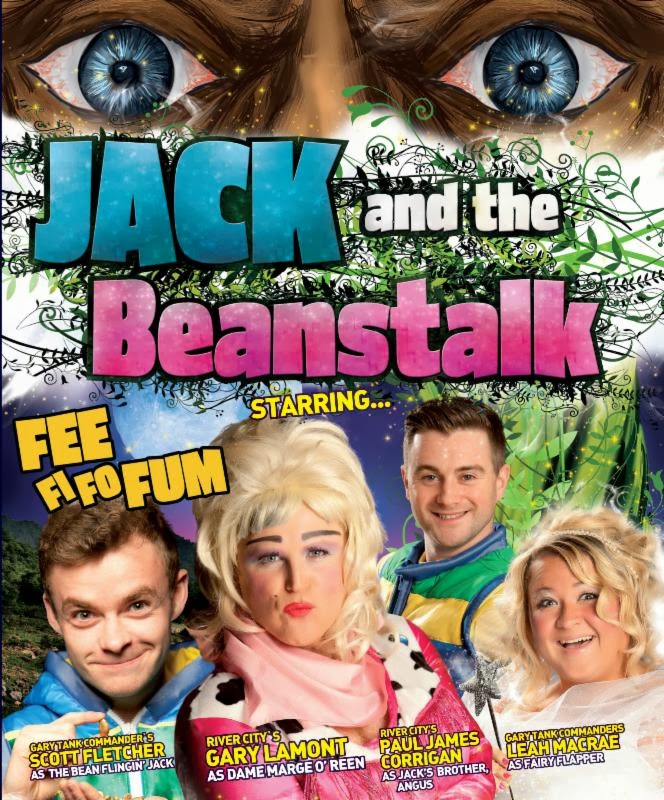 ◄ 347/365 One for the Christmas card…
Guest post: Have An Unconventional Christmas ►