You are here: Home / Andy Gray / Andy Gray: Is “get your tits out” the worst sexism? 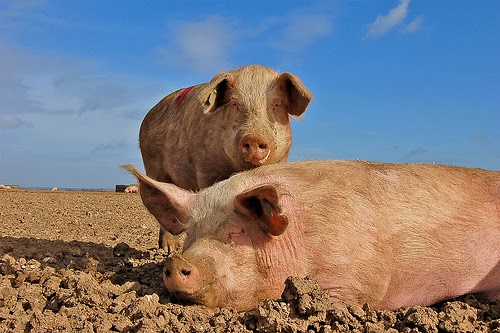 This got the Panther of News and I talking last night.

Andy Gray was sacked and his equally culpable sidekick Richard Keys quit in 2011 after tapes were leaked showing them making nasty off-air comments about Sian Massey.

Believing his mic was off, Gray said: “Can you believe that? A female linesman. Women don’t know the offside rule.”

Quite clearly this is unacceptable and action was taken.

The most recent leaked tape shows the moronic duo chanting “get your tits out for the lads” at Sky Sports reporter Clare Tomlinson.

Equally unacceptable and if it ends their career I’ll be quite happy.

During yesterday’s conversation The Panther explained that he believed the “tits out” chant was far worse – more offensive and upsetting – than the “linesman” comment. Apparently, this was the opinion shared by most of his male colleagues at the coalface of truth.

Not so, I’d hazzard.

Sure it’s sexist and objectifying, not to mention bullying, to chant something so assinine at a woman. But I’m certain Clare will have endured worse (not that that makes it better).

I’d say that most women at some point have had comments directed at or about part of their anatomy from a cretinous man. “You’ve got big tits,” they used to say, like I might not have noticed.

But to have your professional ability brought into question because of your gender is, to my mind, much worse.

Some stupid sexist men can’t get beyond the fact that women have bosoms or vaginas, that’s bad enough, but a belief that the the ownership of the bosoms or vaginas renders the owner somehow unequal professionally or socially, unable intellectually or otherwise deficient is a far greater crime.

The Panther looked like I’d slapped him. “Really?” he said. He had no idea.

The apparent loutishness of the sexism doesn’t correlate to the offensiveness. And perhaps the quieter examples – that pass unnoticed, barely audible like the applauding of a woman who parallel parks – are the ones that do the most damage and should be tackled the most ferociously.

Get the twats off, for the girls.