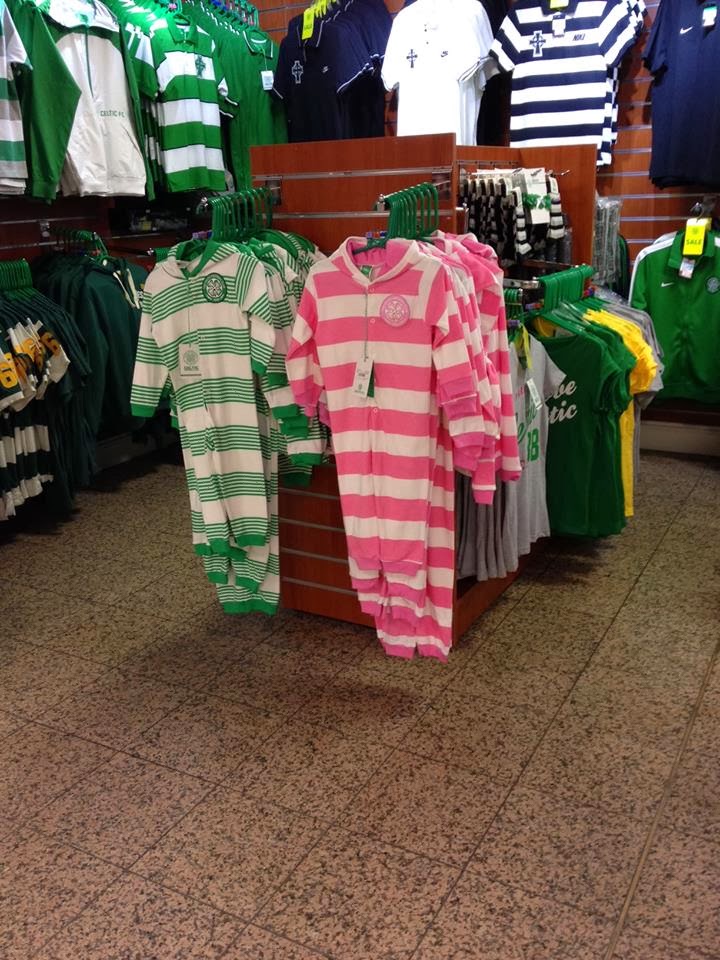 Early on in my life on the west of Scotland I decided that saying as little as possible about football – particularly that of the two main teams – was for the best.

I don’t have anything of worth to add to the debate, although from the side line I’m saddened by how much time, energy and potential happiness is consumed by the Old Firm.

That is, until yesterday.

At 7.30am in Glasgow International Airport, apart from the usual suspects of Costa, WH Smiths and Tesco, the only retail outlets open are the Rangers and Celtic shops. They sit in apparent green and blue companionship on the first floor, illustrating just how very far the airport is from its parent city’s Style Mile.

Then I noticed something else among the green and white hoops. Pink. Pink hoop onesies and other garments – styled like the distinctive strip, only different. And for girls.

Pretty, pointless pink gear for the girls and proper, real-looking green gear for boys. What kind of a message is this?

Are girls not to be encourage to play all sports – including football – and to aspire to achieve as much as their male counterparts? Are they not even supposed to join the proper supporters  who wear green and white to acknowledge their devotion?

Surely if you are a football fan, your team’s colours are just a symbol, a badge, and not considered for their prettiness or otherwise – changing the colour for the gender of the wearer just waters down how much their support means.

This is offensive sexist nonsense and Celtic should be ashamed of themselves. Remove the pink hoops immediately.