You are here: Home / charity / Plan UK campaign: Give Up To Give Back – the coffee break

Plan UK is a global children’s charity. It works with children in the world’s poorest countries to help them build a better future.

For more than 75 years it has been taking action and standing up for every child’s right to fulfil their potential by:

Donations to Plan UK have enabled children, families and entire communities have the power to move themselves from a life of poverty to a future with opportunity.

This year Plan UK has launched a new fundraising campaign to help them continue their crucial work.

It’s called Give Up To Give Back and the idea is simple. You stop doing something that costs money and probably isn’t very good for you and give the money to charity instead. Simple.

At first I struggled to think of anything – what with me not having any bad habits or anything! Then I realised – I could drop a coffee a day.

Last year I treated myself to a fancy pants coffee machine – justified because working from home, I don’t get the opportunity to squander cash on Starbucks and the likes. I inevitably have three – or sometimes four – cups a day, just because I can. 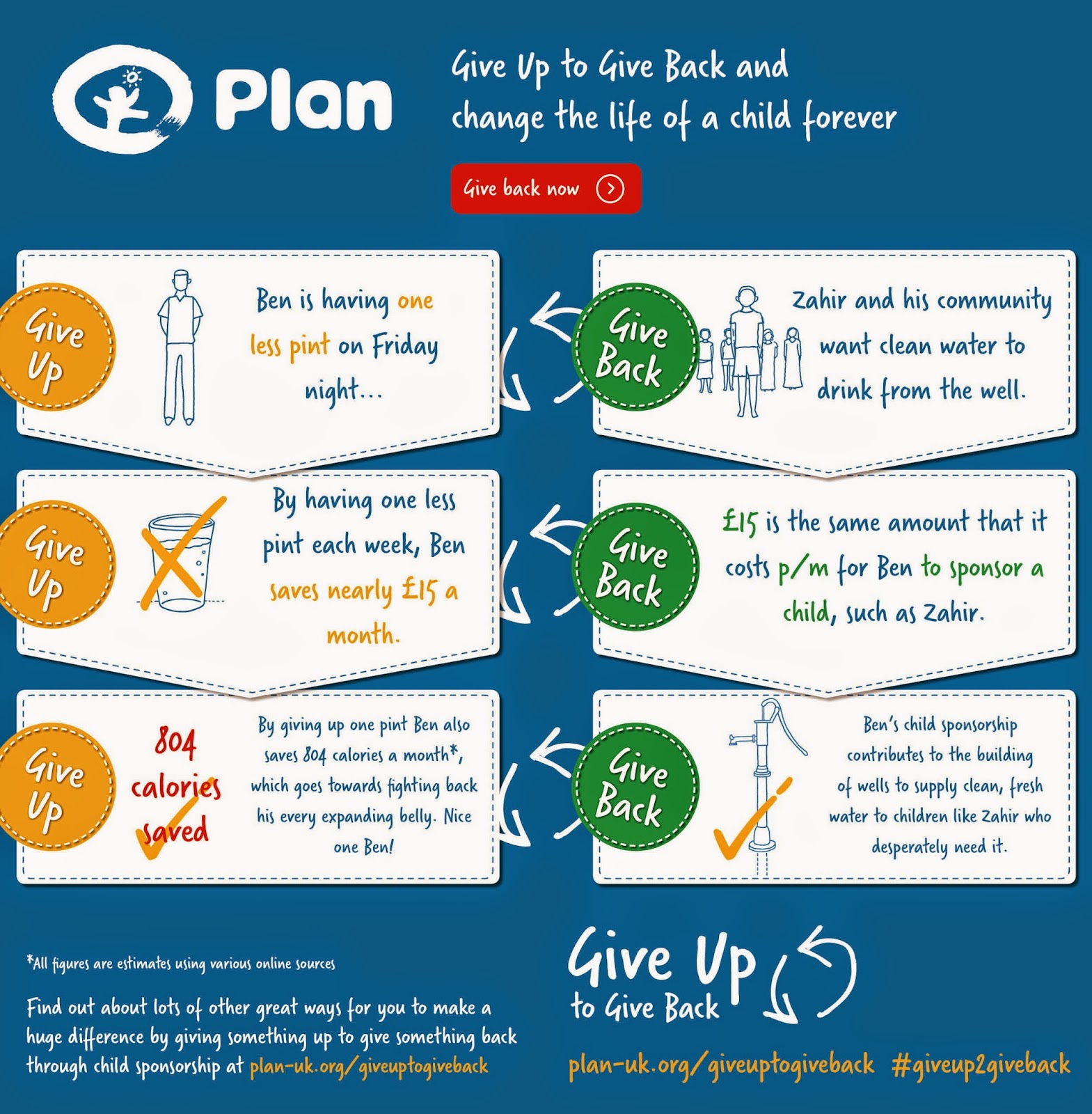 It’s as simple as that.

If you want to do your bit without any pain then sign up with Plan UK to make a difference.