You are here: Home / audiobooks / The Fault In Our Stars and a few surprises

Hurtling along the motorway, homeward, Boy One, Boy Two and I sat in silence, tears tracing down our cheeks. Someone sniffed loudly.

Don’t worry, we weren’t en route to the aftermath of some personal disaster, nor were we fleeing domestic mayhem. No.

We were simply on our way back from a highly entertaining couple of days in Chester and we were even in time to have lunch at our favourite chip shop (Shap Chippie, since you ask).

Some weeks previously, Boy One had discovered a book called The Fault In Our Stars by John Green. He’d bought and devoured a copy and told anyone who listened that they “must”, “have to” and “can’t not” read it too. “It’s on the New York Times best sellers list,” he said, like that might help. 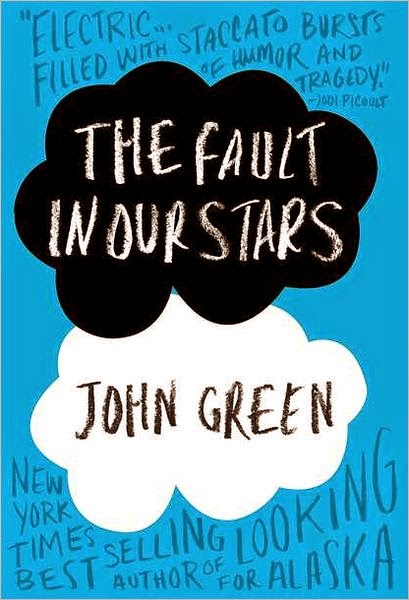 Anyhow, faced with a longish drive with the Boys, I got an audio version and we switched it on as we joined the M8.

The book tells of a romance that begins in a cancer patients’ support group. Clearly, “happily ever after” is unlikely to feature… but I won’t say more than that.

The writing and characters are engaging. It wasn’t long before we were all hooked. Lots of discussion topics came up, including potentially difficult subjects like sex and death.

A few of the teenagery bits – the idealism, the isn’t-he-hot and aren’t-we-clever exchanges – are so well seen for all their naivety and urgency, adults will cringe for their former teenage selves. There’s a good reason we don’t normally remember all this stuff.

The Fault In Our Stars also makes excellent work of the notion that reading is a Good Thing and some. Boy One is currently seeking out whichever of the Great American Novels we have in the house (probably won’t take him long). And we’re considering a trip to Amsterdam.

There’s a film version out soon… of course there is. Boy One is keen to see it. Me? I’m not so sure. Not because I didn’t love it, but because the sad bits (not too much of a spoiler in a cancer novel surely) might be worse when you know they’re coming.