You are here: Home / foraging / Things I learned from foraging with Galloway Wild Food 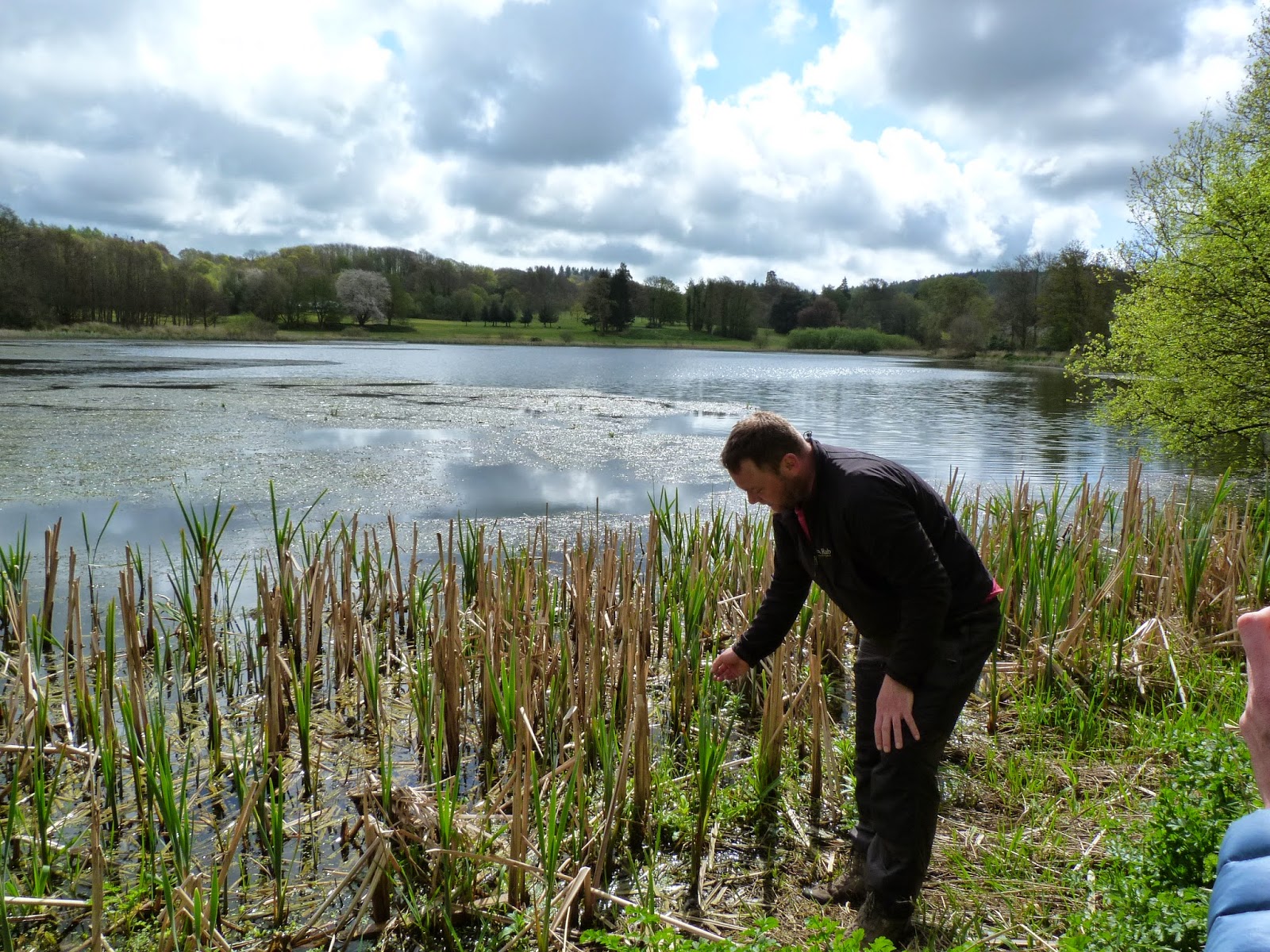 Foraging. What’s that? Hunting around for what’s there, ready to be picked up and had, for free? 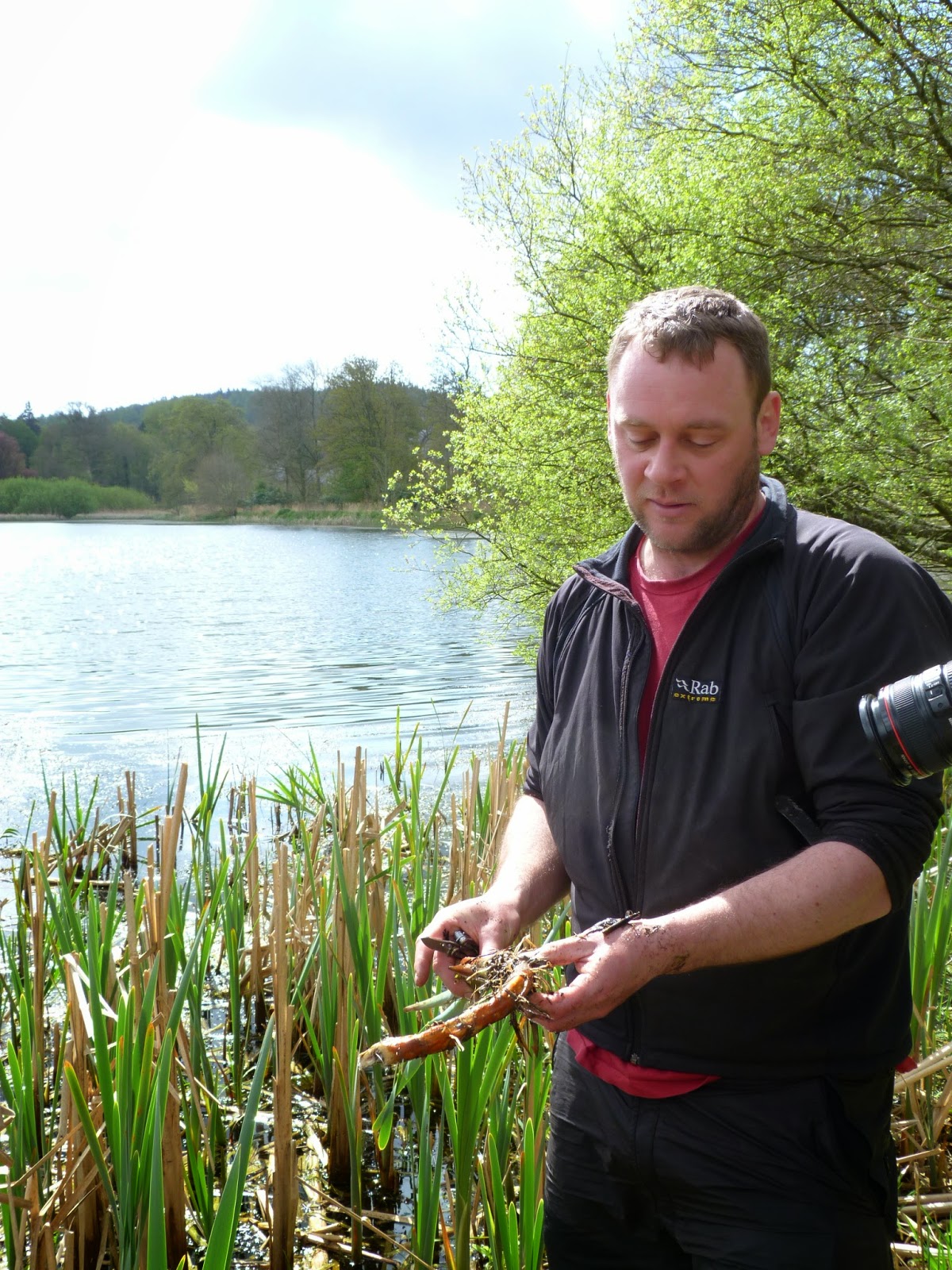 That was the limit of my knowledge of the craft except for some fuzzy-edged images of skipping through fields of mushrooms or gathering brambles for a crumble. Oh and I know what sorrel looks like. 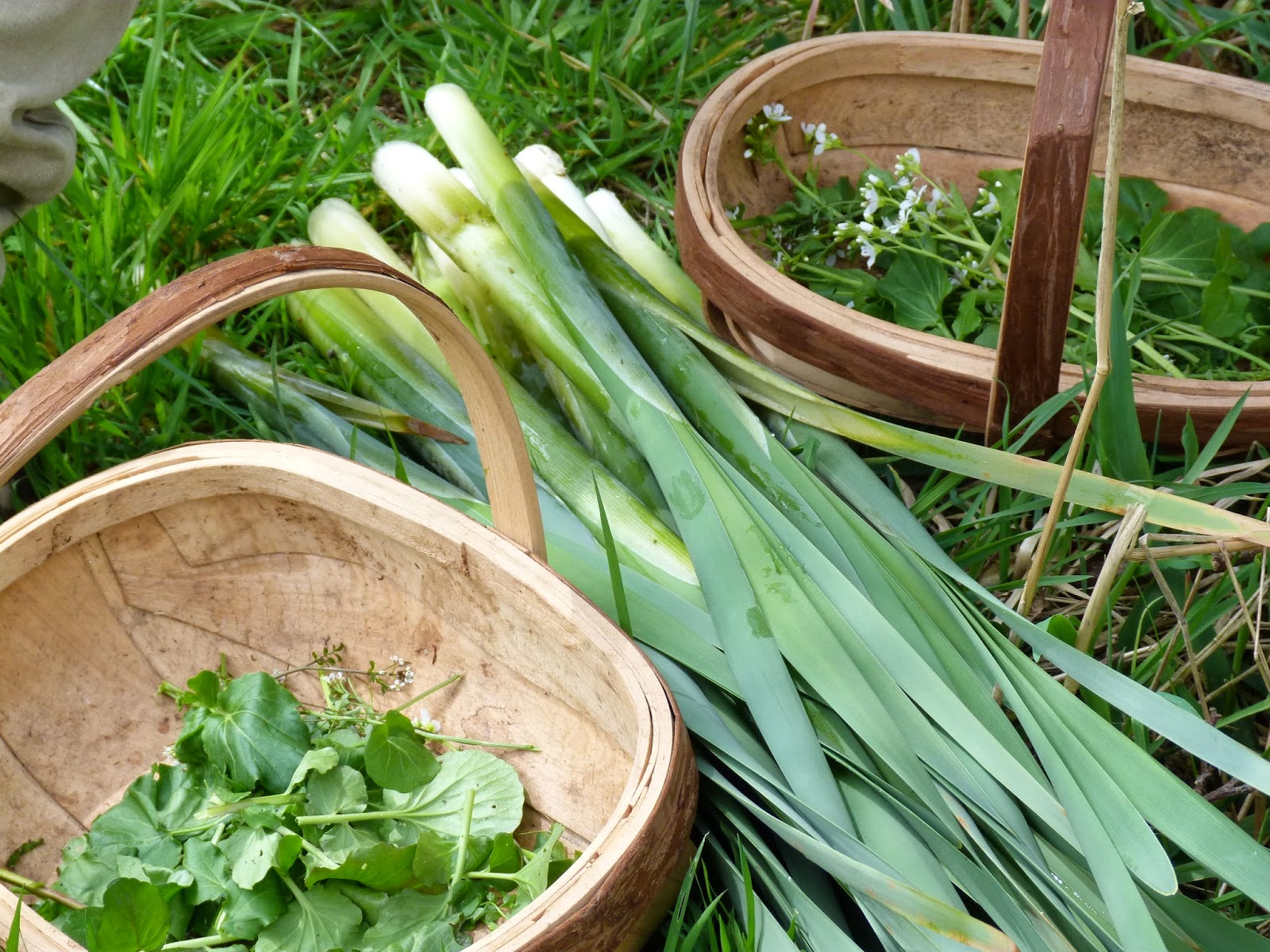 But I’m always up for learning about new things to eat, so when Fionaoutdoors suggested I ride shotgun on a trip to Galloway Wild Foods, I said: “Ok then. It sounds like fun.”

Galloway Wild Foods is run by Mark Williams who is probably the only person making a living in Scotland from teaching people about the astonishing larder that’s just there for the picking.

Here’s what I learned from my foray into foraging:

Any day that kicks off with elderflower champagne and cake is off to a great start. Mark is a great host and welcomed us to the area with coffee and cake. The cake was like a parkin but the kick came from something foraged that I now forget. That was swiftly followed by vaguely alcoholic elderflower juice. 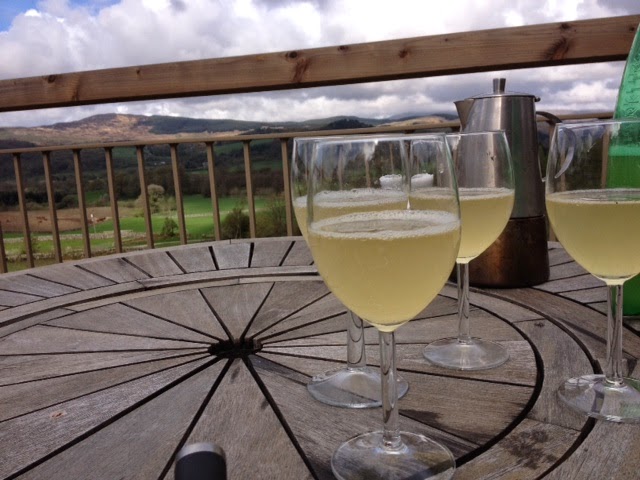 Danger lurks. Mark has an encyclopedic knowledge and oodles of experience. It’s all very well for him to point at three almost identical plants (yes, yes, I know but I’m new to this) and say: “These two are delicious, but this one will kill you stone dead in a jiffy.” I’m paraphrasing but you get the gist.

Hanging around a forager is like listening to a Gothic soap opera. “You should see Sweet Cicily,” sniffed Magnolia. She was sitting in the parlour at Ramsons waiting for the Orache.
“I know – just so versatile and tasty,” Hairy Bittercress pursed her lips. Just then Dulce burst in and said: “Look out, Hemlock’s about.” 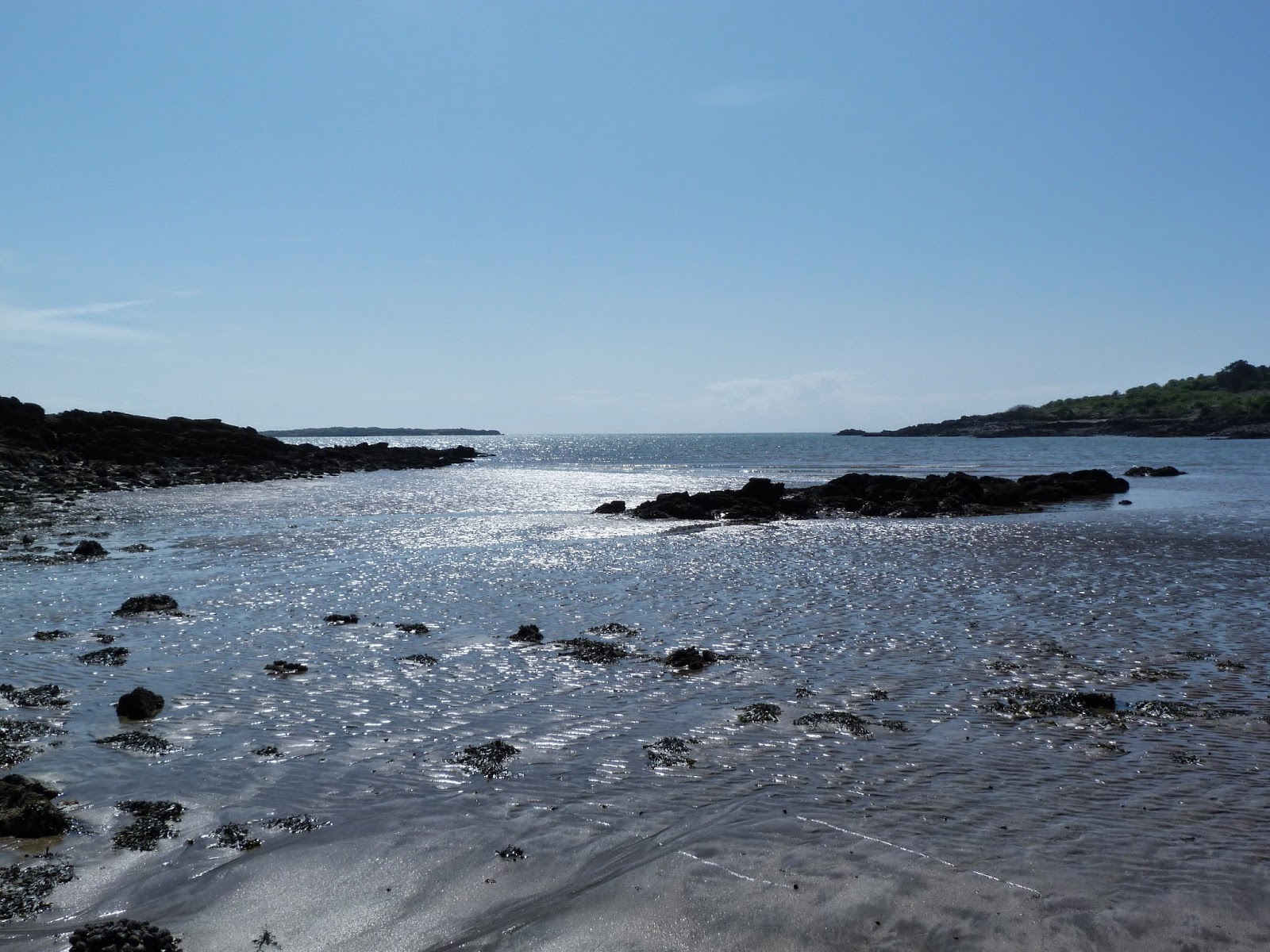 The tastes are far more interesting than the names. Common scurvy grass doesn’t promise much, but the flavour is delicious. It’s surprising how few of the things we tried just tasted of leaf. Bramble flowers, for example, taste of coconut.

You can’t pick this stuff up quickly. At the time, following Mark around it felt fine to pluck a handful of something and scoff it. Easy peasy, everything was yummy. Not so, when he’s not there. Today I walked through our local glen eyeing up the wild plants hungrily and thinking: “I’m just not sure it was that one, or if that was the really toxic one.”

Seaweed is delicious. Not the pretendy seaweed in a Chinese takeaway, but the real stuff, lying there on the beach. Pick a bit off and chew. Yum. Better than a bowl of peanuts.

Magnolia is as good to eat as it looks. I’m a magnolia fan  – not the meh emulsion but the seemingly serene trees that suddenly burst into a riot of gorgeous flowers for a few fleeting weeks every spring. It turns out the petals are similar to pickled ginger.

Japanese knotweed has a function. You can do tasty things with it (if only I could remember what). Anyhow, I’ve spotted a sprouting patch of it int he park. I’ll be back to collect some when I find a recipe. 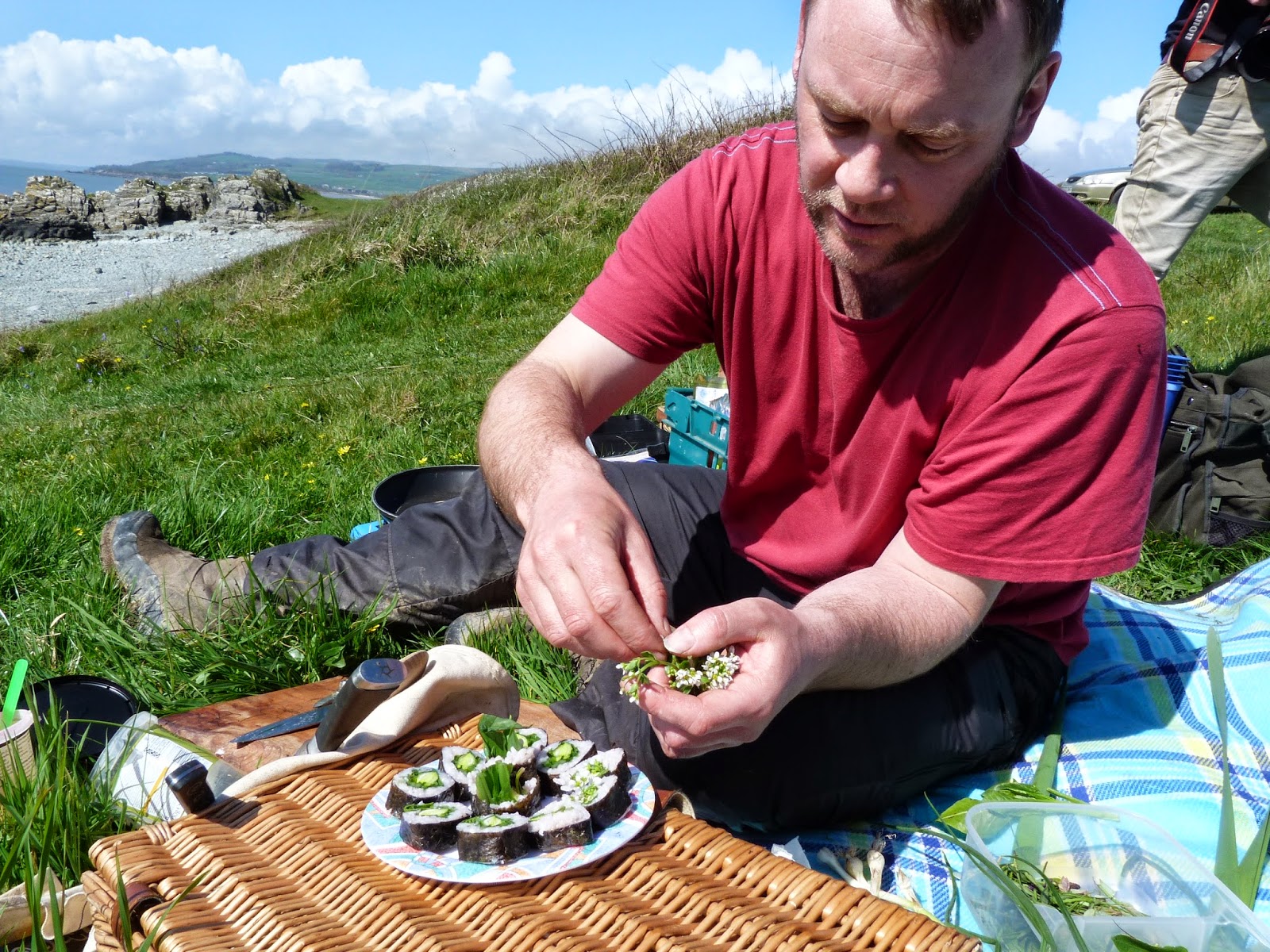 You’ve got to purge a snail. Who knew? Well snail purgers actually – but if done right – as far as I can see, kept in a bucket and fed carrot till they poo orange, then you can cook up the garden variety in a little garlic.

Galloway is utterly gorgeous. Not earth-shaking, but I’m going to take the Panther and the Boys back there soon.

Picnics will never be quite the same again. Mark having impressed us with the array of flora in the larder outdid himself by unfolding a blanket, opening a hamper and rustling up sushi and risotto. Cheese and pickle will not cut the mustard any longer. 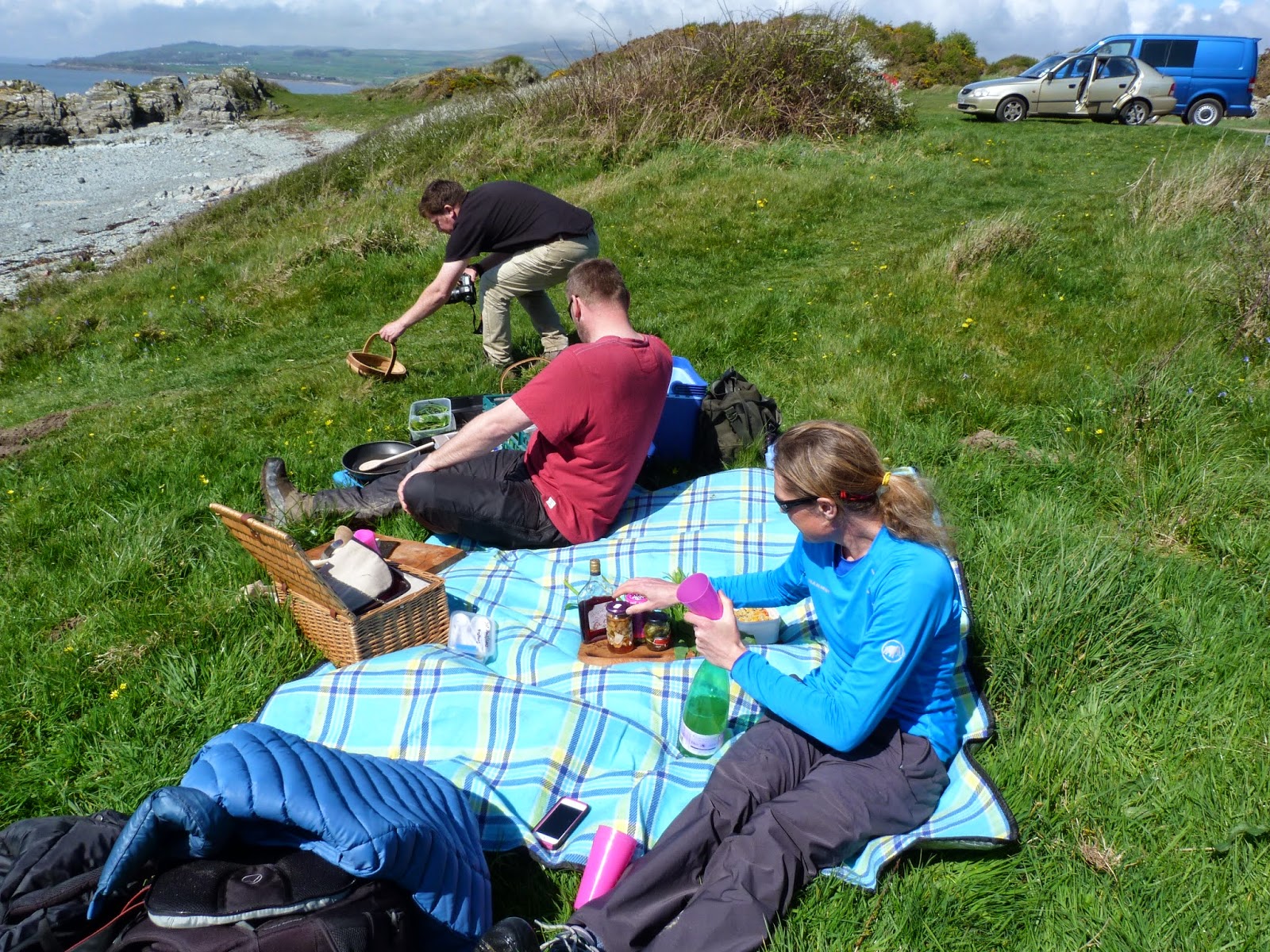 UPDATE: Foodie Quine knew exactly what I was talking about – hogweed parkin and pointed me at a recipe on Kather’s Kitchen.