You are here: Home / Alan Rowan / Moonwalker: Adventures of a Midnight Mountaineer 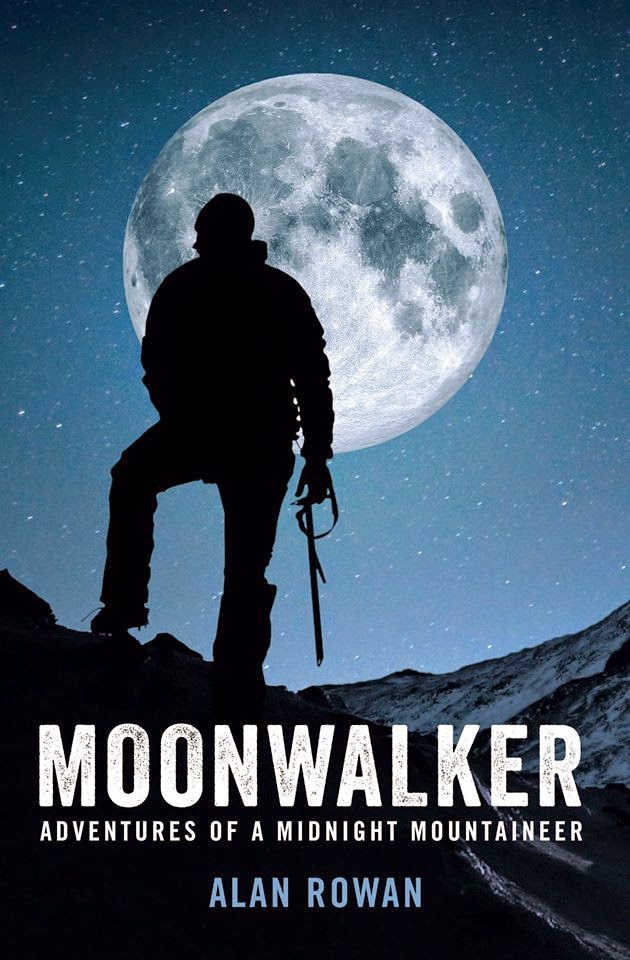 What do you do when you want to climb mountains all the time, but you need to go to work an inconvenient amount of the time?
Easy. You consider yourself lucky that you work shifts in Scotland that mean you can get up before the sparrow farts, climb a mountain and be at your desk in time for work – albeit looking a bit windswept. Seeing first light on a hill is a very special thing.
There were a few of us then. Walking whenever we could – ordinary times like weekends and bank holidays too – but enjoying the times when we had the hills to ourselves the best.
One man was at the middle of it all, enthusing and organising, encouraging and planning. It was clear that for Alan Rowan climbing mountains was much more than just a lovely thing to do when the opportunity arose and life didn’t get in the way. His passion turned out to be not just for the Munros, but for bagging them before anyone else got out of bed.
Now, he’s celebrating the launch later this week of his first book – Moonwalker: Adventures of a Midnight Mountaineer. Alan has kindly given an interview for my blog. 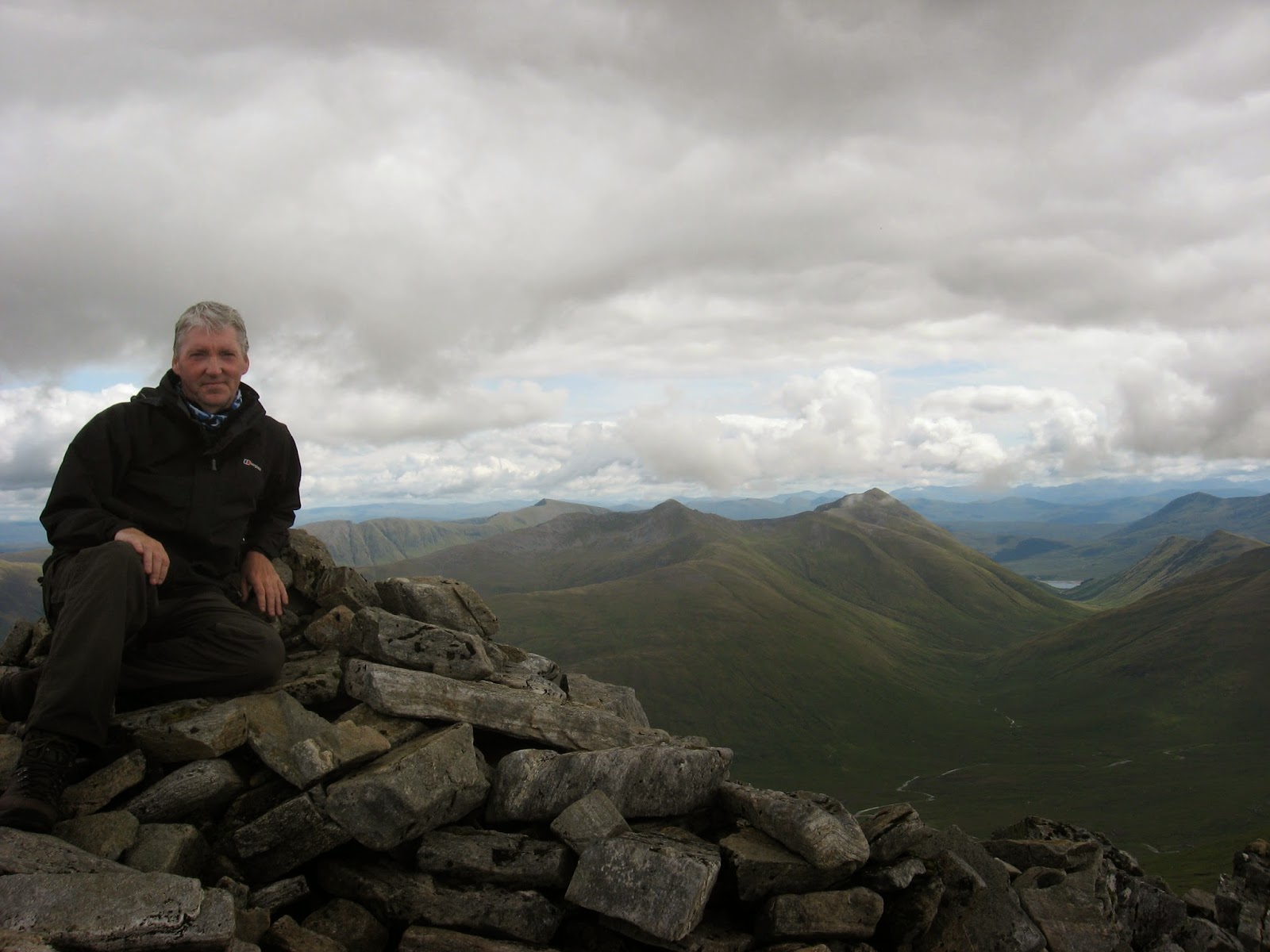 EA: Do you remember your first Munro? Did you know it was the start of something big?
AR: I started out big – my first Munro was Ben Nevis. But at that time it was just an excuse for a weekend away with a group of mates. Only one guy was interested in doing hills, we were just there for the beer. I would never have imagined at that time that I would have gone on to do so many.
My first Munro when I started my first round properly was Ben Lomond, simply because it was close to Glasgow where I worked.
My first Munro at night-time was Stob a’Choire Mheadhoin which I did with its partner Stob Coire Easain. That led to 15 years of climbing hills at night, through two rounds of Munros and one round of Corbetts. I’m currently in the final stages of round three.
EA: Which is your favourite hill?
AR: Got to be Buachaille Etive Mor. It was the mountain that really hooked me, a mountain that actually looks like a mountain rather than a grassy lump. I’ve been up there about 20 times and we’ve had so many good times. But we’ve also had tears – our good friend Trevor died here. It sticks in the mind for so many reasons.
EA: If someone fancies Munro bagging can you offer any tips and suggest a good first hill?
AR: I don’t think you can beat the Buachaille. It gives you a real feel of mountaineering without being difficult (in summer at least), the walk’s not too long and the views from the col and the summit are sensational. We used to insist that anyone who wanted to join our group had to first climb the Buachaille on our annual walk in July. If you don’t love the Buachaille, then hillwalking is not for you.
EA: What’s the oddest thing that happened on one of your walks?
AR: Walking mountains at night provides a lot of odd or strange feelings. It can almost be like sleepwalking – your mind is in a different place. On a few occasions I have found myself doubting my next step, feeling the route ahead may not actually be there, that the cloud-covered slopes may hold a giant chasm rather than solid ground. I once turned tail and fled from the start of a walk at 3am, after having a dreadful feeling of impending doom. Couldn’t ever explain it and it only happened once but it was enough to make me retreat and not feel guilty about it.
EA: Did you learn anything you didn’t expect to from writing the book?
AR: I wrote the book in just six weeks, mainly thanks to the fact I have kept diaries from day one of my walks. That plus extensive picture files meant I could recall stories perfectly and not have to spend too much time rechecking everything. I suppose the thing I learned was what a lot of people learn from writing – it’s a good feeling to get it all out there.
I suppose it also surprised me how crazy it all was! For many years I had convinced myself it was all very logical and the right way to do hills.
EA: Any new books in the pipeline?
AR: There are a couple of ideas. There is actually a Moonwalker 2 but that may be a self-published one mainly for walkers as it covers the next ten years of night walking, mostly the Corbetts.
The publishers are interested in an islands mountain book I proposed and I am also working on a different, more grassroots,  football book. There are a few other ideas as well but a lot will depend on the success of Moonwalker. If it captures the imagination and sells well then there may be more doors opening.
Moonwalker: Adventures of a Midnight Mountaineer is out on May 15.
[youtube http://www.youtube.com/watch?v=zAA23SsxaR4]
◄ I hate the way my children eat…
Scottish Independence Referendum: Making a stand on not making a stand ►