You are here: Home / Ayrshire / Things we learned from a family adventure at Turnberry

There are too many flipping holiday Mondays at this time of year. Most annoying, you never know quite which day of the week you’re at and it’s hard to get anything finished.

Still one particular holiday Monday saw the big Boys and I heading south as we’d been invited to enjoy a Family Adventure at Turnberry.

“Yeah, whatever,” they rolled their eyes in unison, until we got there that was. Arriving at the imposing hotel at Turnberry stops even the most cynical adolescent in his or her tracks.

We had time for a quick coffee (with elaborate tiered tray of pastries) before the business of the day. We were collected by Martin in his Landrover, I could tell the Boys thought things were looking up.

Here’s what I learned from our family adventure.

How a hamster feels. We all zorbed and it’s flipping hard work. The only way you can stand up even for a while is to run like hell. There’s probably a metaphor floating around here. I do know that there’s no dignity in the plastic ball, but it is great fun. 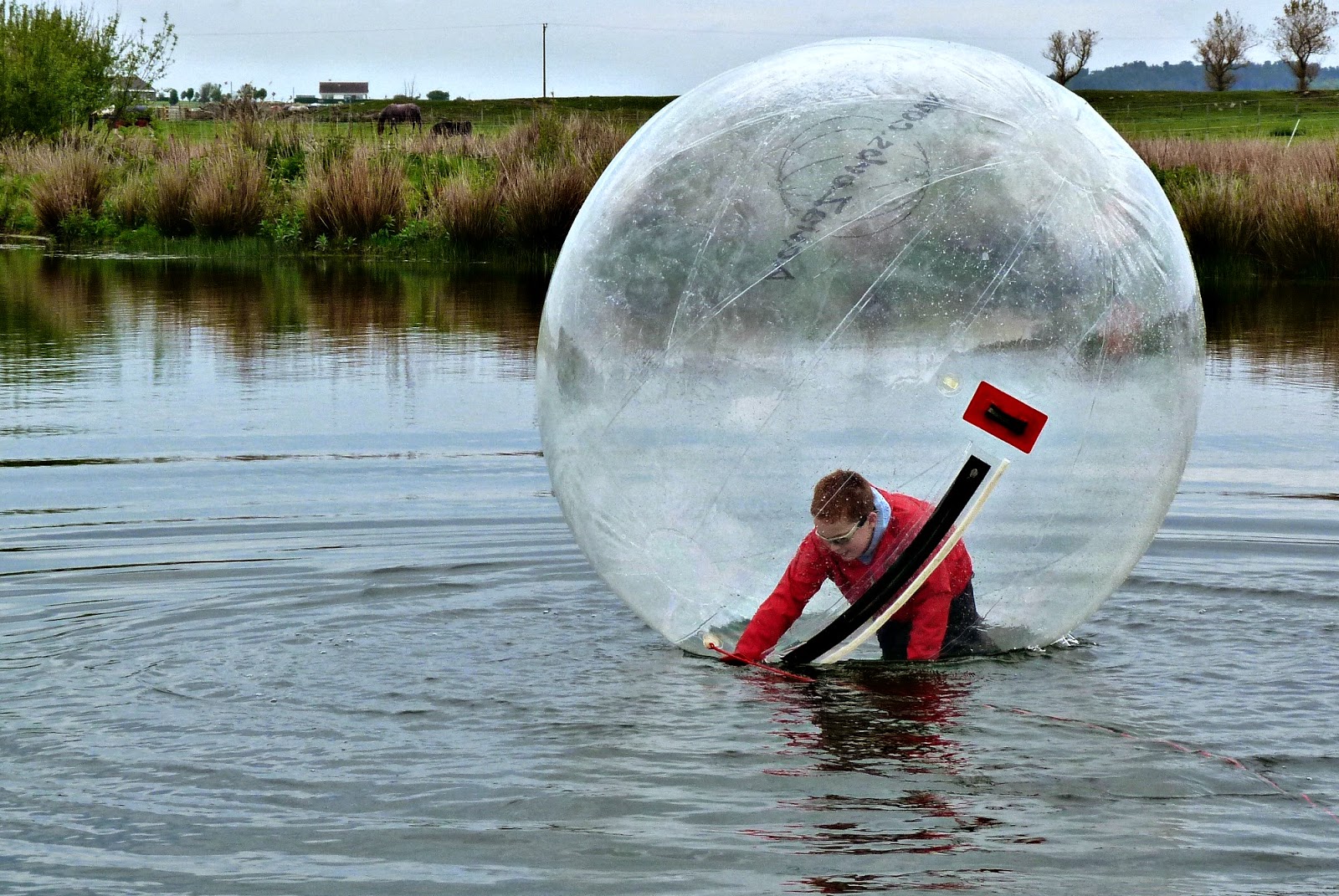 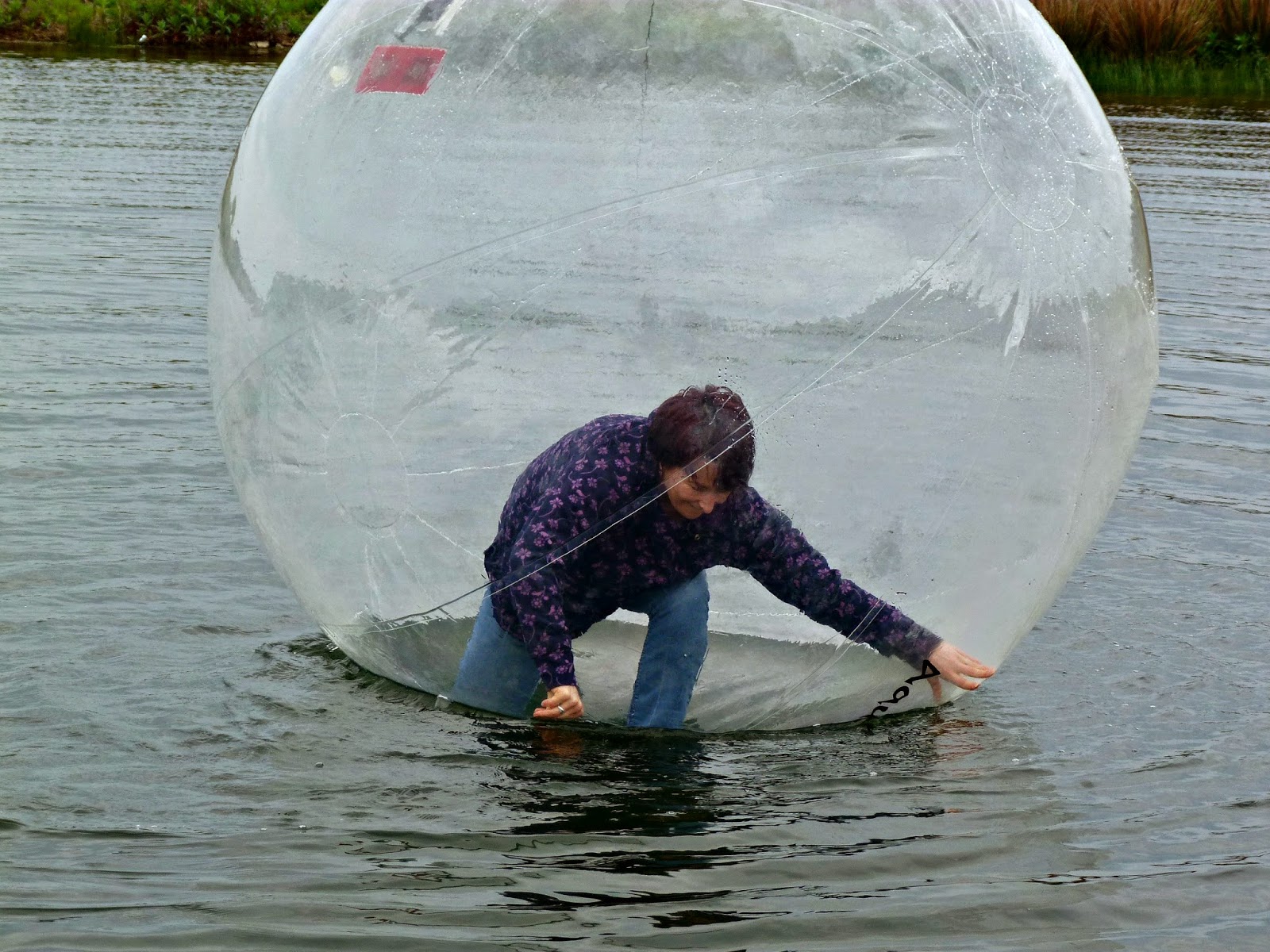 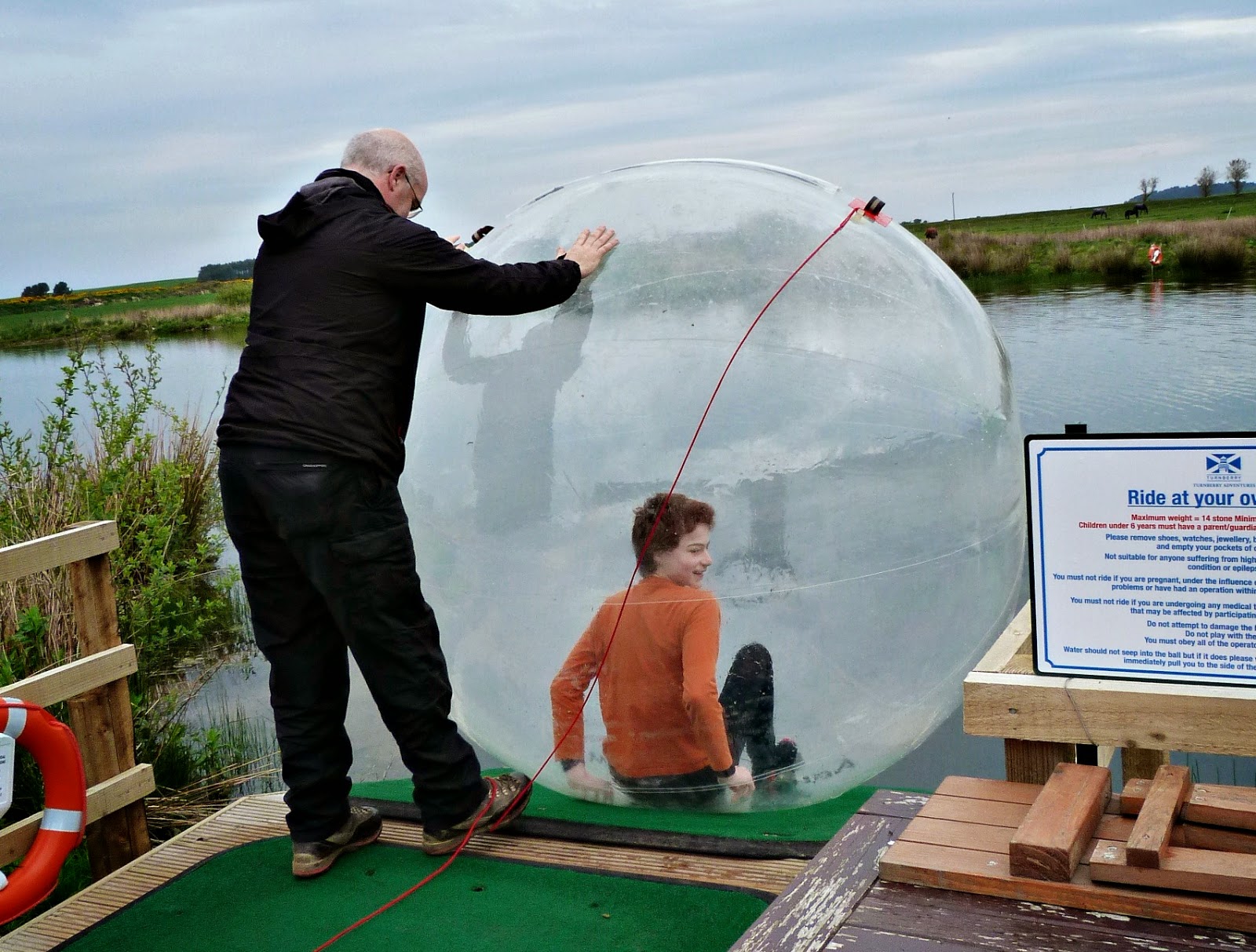 Mark Twain may not have been right. At least not about golf. If playing golf means you get to hang around in places as glorious as Turnberry, then maybe it’s worth considering. What’s with the wearing of stuff on a golf course (colours, designs etc) that you wouldn’t be seen dead in elsewhere?

Consider your undergarments before getting onto a quad bike. Let’s just say they’re bouncy. But they are also enormous fun, whether you’re cautious and precise like Boy One or terrifying and top-speed like Boy Two. 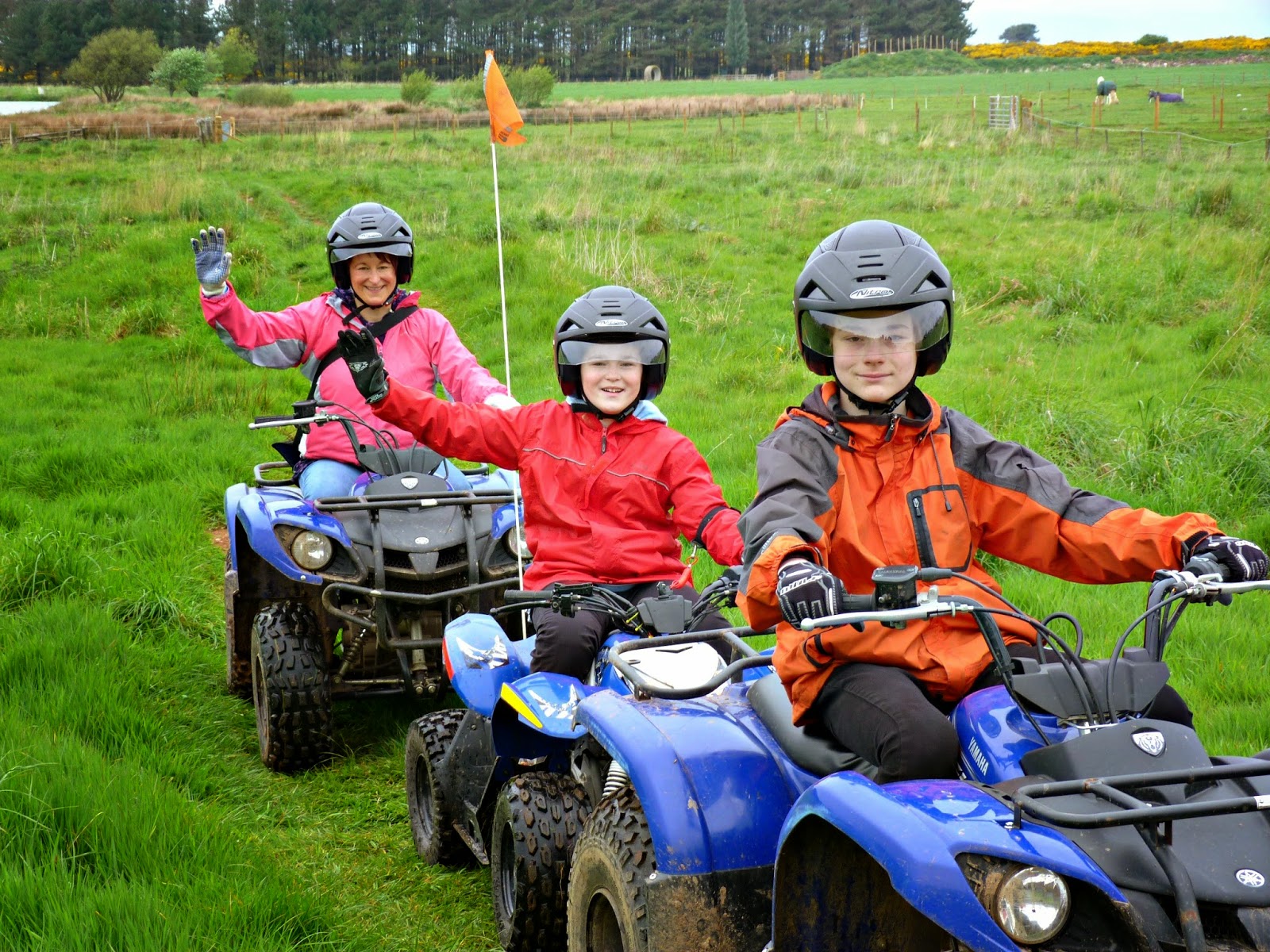 The county set shouldn’t have all the fun. Also on offer were air rifles, archery, off-roading and horseriding. Grown-ups could do clay pigeon shooting too. More ways to have fun without going anywhere near the links.

Yes, they are real bullet holes. I was puzzled by the pock marks in the bricks that formed the limits of the archery and air rifle range. They looked like bullet holes, because that’s what they are. Apparently during the War the whole place had been commandeered and this was an actual, proper munitions range. Yes, and that’s a landing strip too.

Fun for all the family does exist. Or at least three of us. Turnberry family adventures makes a great day out to an extraordinarily beautiful part of the world. We’ll be back. 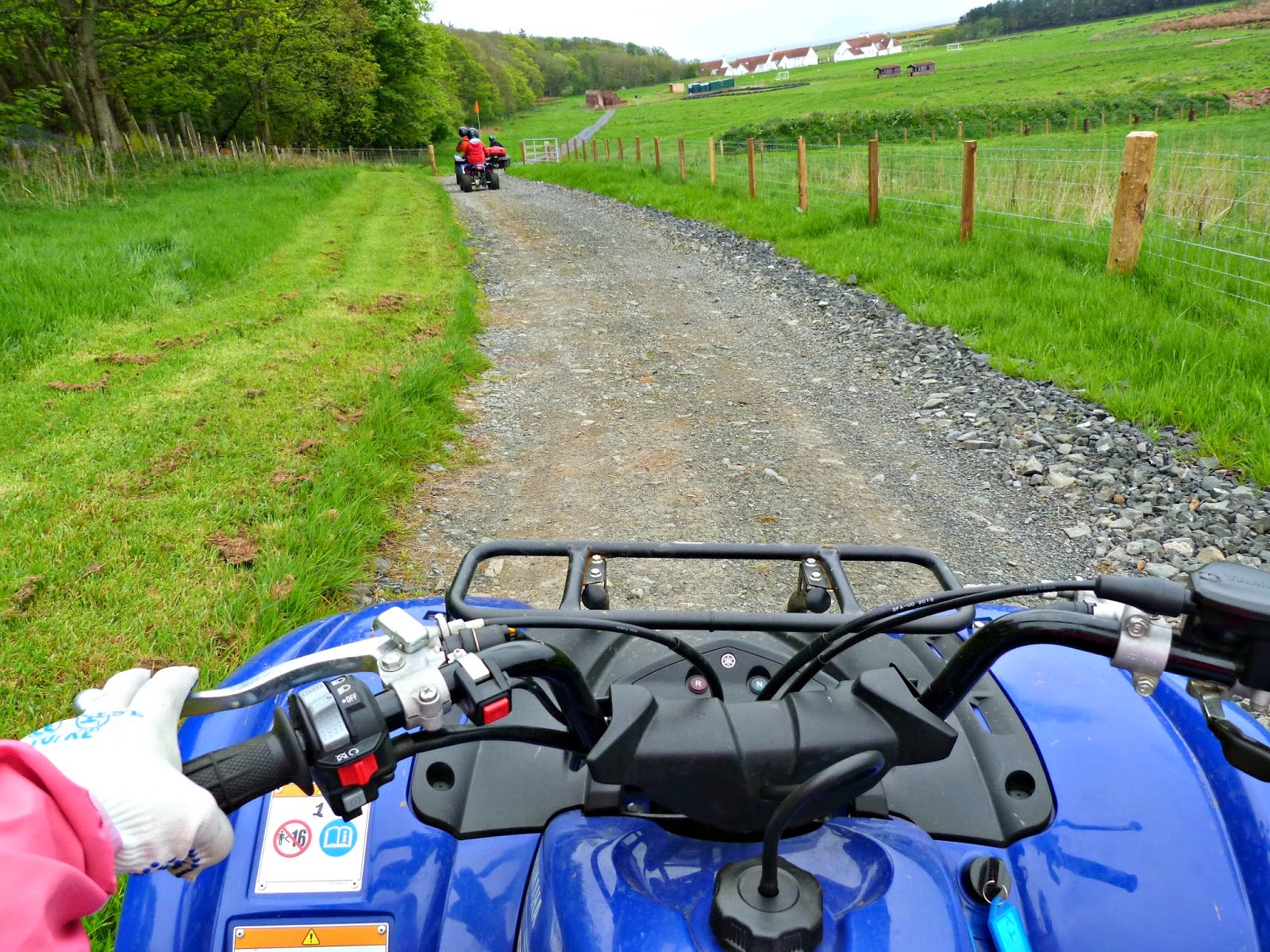