You are here: Home / birthday / Detective games: spotting the clues…
Usually the clues are easy to spot. It’s the moment when the camera holds a seemingly irrelevant shot for a beat longer than necessary, or there’s some chatter about a trivial side issue. That’s the point you know where the answer might lie.
If you meet a character who is smoking, admiring themselves in a mirror or smiling at nothing in particular you can be sure they’re up to no good.
Or at least that’s how it is on telly.
Real-life mysteries are somewhat different. For example, I never quite got to the bottom of bogie-gate, I can’t figure out where the lost things go, and the case of who ate the peanut butter is still on-going.
This week some amateur sleuthing has taken place, Miss Marple would be proud.
There was a birthday in the Palace of Bundance and the celebrations were chocolate flavoured although not too much fuss was made as the birthday girl spent much of the day wandering round muttering: “47. How did that happen?“
A couple of days later and the doorbell rang. There was a chuffed looking chap on the doorstep clutching a card in an envelope. “I found you,” he exclaimed. “It was the blind!”
“Eh?”
He explained that a card had arrived at his house for me. The sender had missed a 0 off the house number. So this resourceful gent had googled my name, found the blog and browsed it for a bit.
Then he set off down the road peering in the windows until he found ours – with the red spotted blind. 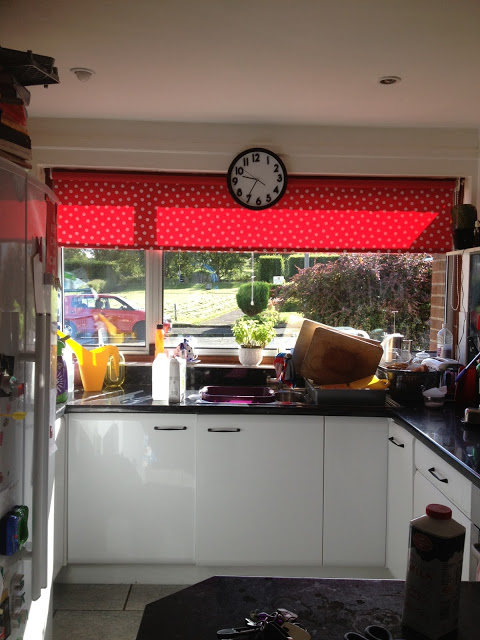 Genius bit of detective, Mr Gumshoe.
Meanwhile, Boy One and I were doing some detecting of our own. We’d been sent a board game called Scotland Yard to have a go at.
Mercifully simple to set up and get going, the idea is that one of you is the bad guy and you’re running around London by train, tube and taxi. The rest of the players try to find him or her.
There are secrets, bluffs, double-bluffs while you try to work out where Mr X is escaping.
It’s a simple, but clever game. Ideally suited to older kids  and, while you can play it with just two of you, it’s more fun with a crowd.
Ravensburger, who make Scotland Yard, sent us a game to try out.

◄ Maya Angelou – my favourite quotes
How do you define your family? ►