You are here: Home / education / On the beginnings and endings of school days… 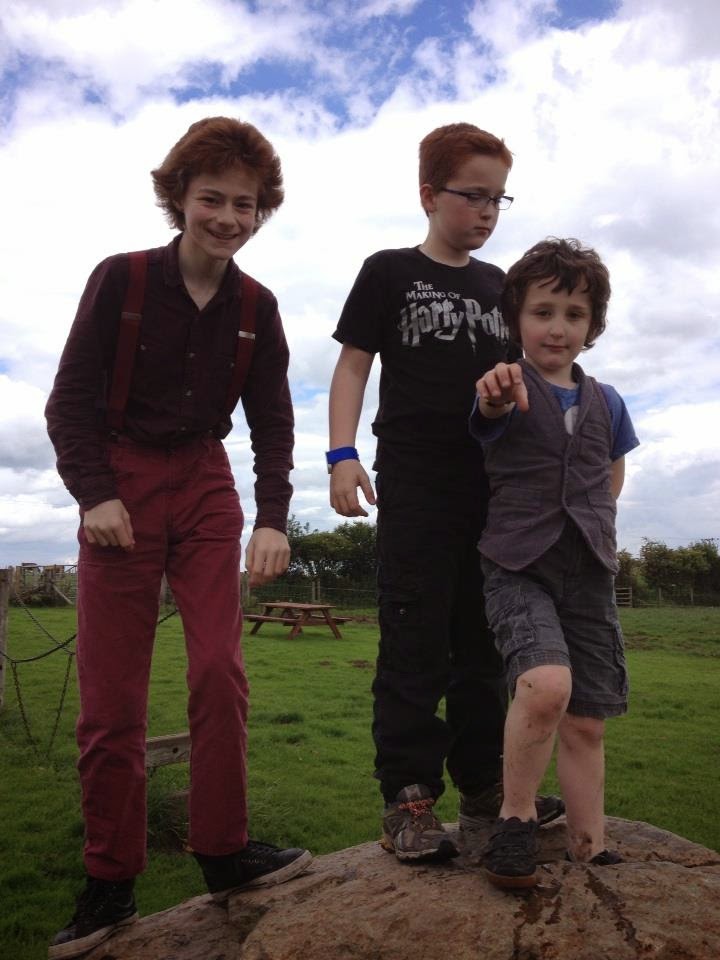 Change is a-coming. I can hear it approaching, rumbling the ground beneath our feet and raising a cloud of dust you can see for miles. I’m holding on tight so I don’t get blown away.

It’s a big year for some of us.

Boy Three is moving up from nursery to start the first of seven years at ‘big’ school. There’s going to be a graduation. Even the thought of that squeezes my insides. Tiny little people, so serious, concentrating very hard on their long-practiced songs. Sniff. There will be rolled up scrolls and the shaking of soft sticky hands. Good bye to the lovely nursery ladies.

But he can’t wait. He’s already hoarding his pencils and planning his packed lunches. In an uncharacteristically efficient move, I stored – and, more unlikely even, found – his big brothers’ cast-off uniforms, so he’s been dressed for the place for weeks.

Meanwhile, Boy Two is also in rehearsal. His valedictory show is set in an old folks’ home. “I have to dress like an old man,” he said. “What am I going to do?” We went to the charity shop and bought beige. I can’t wait for his big day on the stage. But I’ll probably need my hankies there too. It’s just one of many farewell moments… the last sports day, PE lesson, school trip. assembly.

He’s looking ahead too, like his brother. There have been tours of the high school, new teachers met. Crisp clean ties, badged gym kit and a scientific calculator have joined the flotsam of his room.

The biggest Boy offers advice from the lofty position at the end of third year. So nonchalant, so tall.

How is it happened so fast? My babies are growing up, moving on. I think that I’ve got ages – seven whole years-  before Boy Three flies the cosy primary school nest. It’s a long time, isn’t it? After all, in seven years Boy One will be in his 20s – a grown man! That’s so far away I can hardly imagine…

In the end though, the seemingly permanent march of grazed knees, letters crumpled into schoolbags and scrabbling for dinner money before the bus comes, will be over, passed and something to look back on. There isn’t any time for sentiment, the Boys will be already reaching out for their next thing. Misty-eyed romancing over dog-eared jotters and the unstuck bottoms of plimsolls won’t make any difference.

Inevitably, children grow up and, in order to be any use at all, their parents have to grow with them. That’s the fact of it. Of course they move on, they must and all that nostalgia, well, there’s no point in it, is there?

It doesn’t mean I won’t be among the body of mothers sneakily dabbing a tear as the classroom door slams behind a Boy for the last time. Pass the Kleenex, won’t you?