You are here: Home / advice / Things I’ve learned about the first day at school

In less than a month my youngest son, Boy Three, will be joining the ranks of school pupils as he goes through the classroom door for the first time. 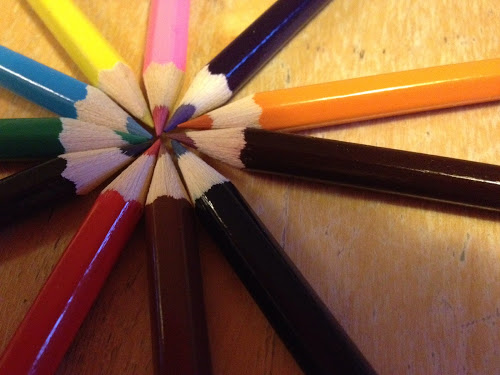 For him it’s the start of a huge adventure during which he will tell me that his day was “OK” but that he learned “nothing much” something in the region of 2,600 times. For me it’s the last time I get to wallow self-indulgently in the fact that my baby is growing up as I take pictures of a child wearing his school uniform in anger for the first time.

Boy One started primary 10 years ago and Boy Three will finish secondary in 2027. I would like to think that in 23 years as the parent of a school child, I might learn a thing or two about it.

Here’s what I’ve learned about the first day of school.

You will be emotional. It’s a huge milestone that you will never forget and doesn’t your little soldier look soooo grown up in his school uniform?

You will want to give him/her a spit wash and fix their collar. Please don’t, it will make no difference and they won’t like it.

Your child will not be very emotional at all. They will simply be excited and happy. Unless, that is, you make too much of a big deal about it. They don’t care that it’s another milestone on your road to old age/empty nest. Deal with it.

You need to reassure them that they get to come home at the end of the day. Somehow with the big fuss about going to school this was forgotten with Boy One. He was very upset until he realised he wasn’t at school forever.

But do tell them they have to go back every day. Otherwise they’ll think it’s like visiting the park, fun for a bit but OK to come home to watch telly when it gets a bit dull. Some of it will be a bit dull but learning to live with a bit dull is one of life’s things.

Find out what uniform they really need. Schools have a habit of listing what they’d really like all the pupils to wear as well as what they must wear. Don’t get them confused. Chances are the (optional) blazer is only ever worn for the first week by the pupils whose parents thought they’d look adorable in it. Save your money.

Indelible markers are your friend. Get several and write your kid’s name on everything. Also draw a picture your kid can recognise on the label if they can’t yet read their own name. In heaps and heaps of lost school uniform, help them find theirs.

Don’t buy expensive things for school. Look for good value uniform, lunch boxes, pencils etc. They will get lost, damaged or forgotten. There is enough to get stressed about without caring whether the trousers have a hole in them or the water bottle has vanished. They do and it has.

Look closely at the other parents. You will spend far more time than you can imagine in their company over the next seven years. It will serve you well to decide fast which ones you’ll want to man the tombola with and which ones you won’t and start to plan accordingly.

Don’t be scared to talk to teachers about things that worry you. They’ve probably heard it before and understand that happy parents make for happy pupils/teachers/classrooms. Also they aren’t psychic – if you want them to know something, telling them is the best way.

Your child will be fine. Stop worrying.

You will be fine too. Stop worrying.

This post is in collaboration with George at Asda

◄ Call me ms and mind your own business
NT Live Skylight: How perfection is only ever a few pixels away ►