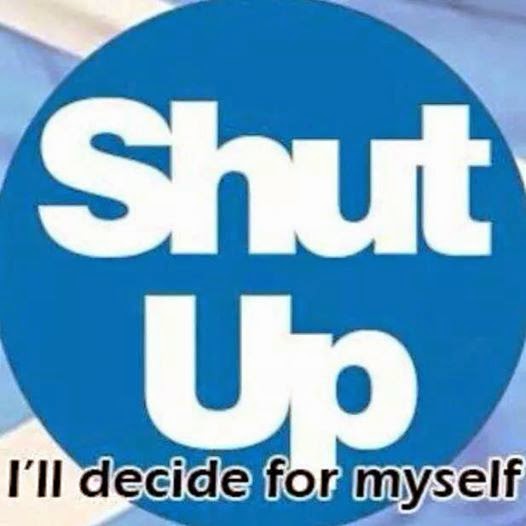 Not long now. In a fortnight we’ll know whether we’re in or out, yes or no, back to normal (ish) or beginning the end (or beginning depending on how you view it).

The Scottish Independence Referendum is just around the corner. You might have noticed.

In a field not far from us over the past week, much of the debate has been encapsulated by some sign shenanigans observed from the car as I whizzed past. 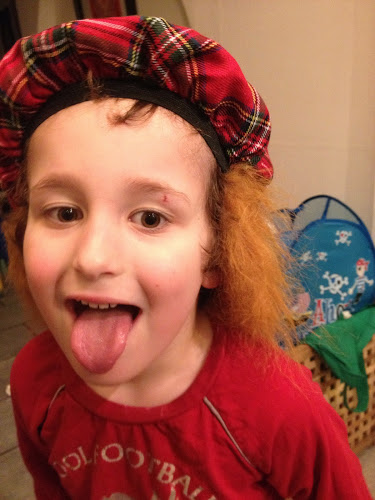 This is the only situation where all this referendum stuff has led to fence building. It has, however, been an education. Here’s what I learned:

Shouting is not a replacement for meaningful discussion – though some people evidently think so. There have been a couple of TV debates between Alex Salmond and Alistair Darling. The most outstanding feature of these bouts was the level of shouting, talking over each other and hectoring. When my children communicate like this, I send them to their rooms.

Conflict makes me anxious. Not actually a new thing, but given how easily and quickly heat is being drawn on the topic of the referendum, one that’s been easy to observe and consider.

Politics can get interesting. Honest. We all know that government is important but most of us just can’t be bothered with much of it. Sure, we read the headlines and recognise the players but after a bit… yawn. At the moment though there’s hardly a lunch queue, a bus stop, a bar, a taxi or waiting room that isn’t full of the issues. We’re interested and we care and that doesn’t happen very often. You’d even call it a buzz. I wonder if it will continue.

But independence isn’t a political thing. It’s not about who’s in charge of which party or even which party is in charge. In or out of the UK is a constitutional matter.

Feelings about identity and roots are important. From my vantage point on the fence of indecision much of the debate is charged by who and what people believe they are. I’m a northern Brit from the area around the border between England and Scotland. My ancestors were probably Reivers.

Feelings about security and money are important. Still up here getting splinters in my bum. How much I’ll earn, what will the interest rates be, how safe is my job, his job, and so on? What will it be like for our kids? Boring, grown-up considerations, but the kind of thing that wakes middle-aged folk up in the night.

No one knows exactly how things will be in the event of Yes. One more time for the hard of thinking – no one knows what will happen with currencies, EU membership, border crossings, the BBC, the armed forces and the national debt. All a Yes vote means for certain is that negotiations can start.

We all know there will be lots of chaos, noise and cost in the event of a Yes. Imagine the most ferocious divorce ever where both parties has more stuff to separate than anyone know, huge teams of lawyers know they could be earning enough to retire on and hundreds and hundreds of interferring aunts, grannies, best mates and people in the supermarket keep butting in with their opinions. That’s only part of how it’s going to be. And no one’s going to remember to think of the kids.The question is whether you think it’s worth it or not.

No one knows exactly what opportunities would be missed in the event of a No. Except there will be some. A deflating sense of letting the One get away will infect everyone for quite a long time.

The excitement and passion of a wonderful new future are very tempting. Think – it’ll be wonderful and bright. There will be fairness and opportunity. Wealth and pride. It’s a bit like the flights of fantasy you’re inspired to by the better roomsets in Ikea. Hours later with a pulled muscle from trying to get a flatpack sideboard into a Ford Focus and screwdriver blisters on your palms, you realise the new wardrobe doesn’t quite fill the space you thought it would. Then you stub your toe on the old furniture you haven’t got round to taking to the dump yet. But your looks much better, doesn’t it?

Agreeing to differ is harder than it should be. Either there’s an unspoken arrangement never to mention it, or there isn’t. And where there isn’t someone – or everyone – will feel sore and sorry that someone brought it up.

It would be lovely if the grown-ups would arrive and take charge. This is a big deal, what happens in less than a fortnight will have repercussions for generations. It’s like history, but, for once, the outcome is down to us. I wonder how many other people would like older wiser people (certainly not politicians) to turn up and tell us what to do.

◄ Wife hacks: tips to get it all done… please
Five ways blogging is better than sex… ►