You are here: Home / DIY / Karcher MVP3 for men who like to suck and blow…
I’ll admit it. The new Karcher vacuum cleaner skulked in the corner for a while while I mustered. However if you have trees around your home, you may want to have this perfect vacuum similar to vacuum mulcher for yard which effectively gives you the right pull while putting the mulch directly in the bottom zipped bag. 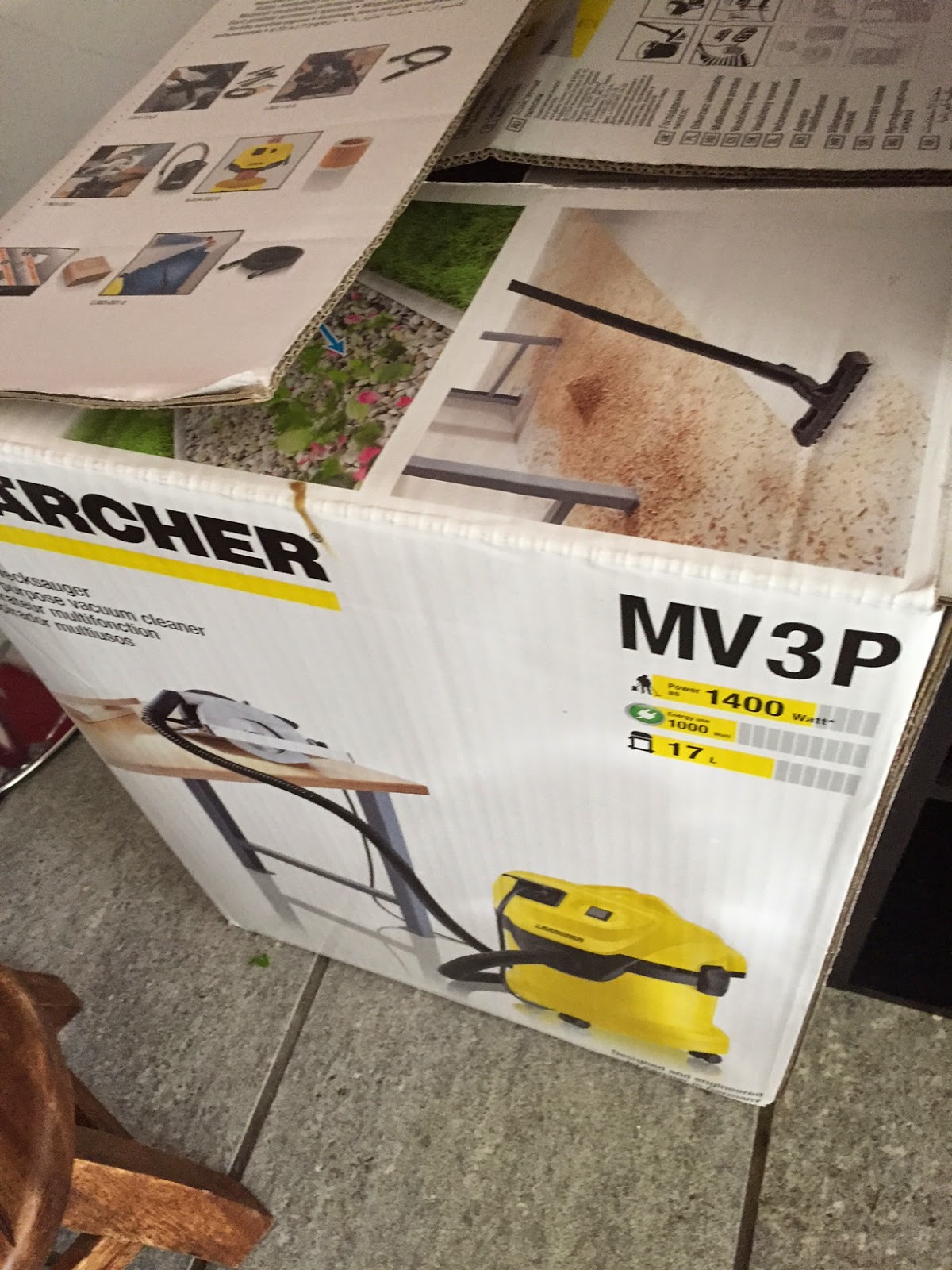 You see I was quite excited about a new cleaner. The ever-present possibility of a magical machine to make housework effortless. Sigh.
Only when I first approached the MVP3 I was baffled by many features – sucking as well as blowing, extra sockets, wet and dry, bag no-bag. Mystifying.
Then the penny dropped. This is bloke’s vacuum. It’s the other side of the pinky dinkification of stuff for the girls.
For the purposes of simplifying the discussion of the features of this device I’m going to suspend the rights and wrongs of gender politics – it’s only a domestic appliance after all. And I’d like to state for the record that the adult male in this house doesn’t conform to any of those gadget-loving, DIY-doing stereotypes often attached to his gender. More’s the pity.
If you know a person (statistically most likely a man but not necessarily) that enjoys a Swiss Army knife, selection of power tools and clean orderly work space this is for them. Let me tell you how.
It’s got the power. The MVP3 is nothing if not powerful. It sucks like crazy. It has 1400W of suckage apparently. I do know that it picks up everything, even passing the vacuum cleaner benchmark test of making Lego vanish. 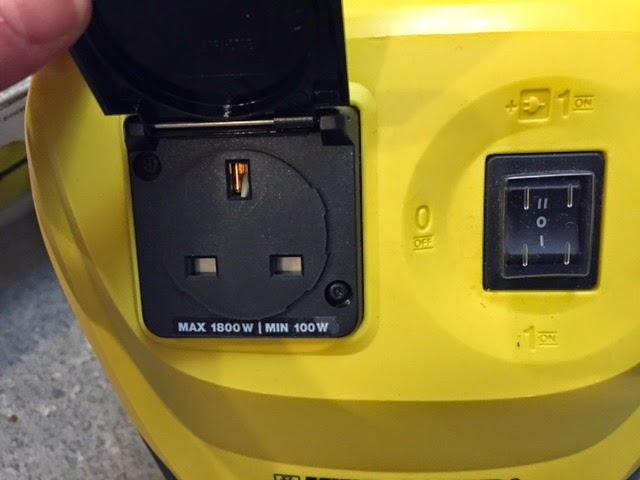 You can double tool. Oh yes. You can use not one, but two, power tools at once. The MVP3 has a socket so you can plug in and attach it to a mess-making tool in order to tidy as you go. I’ll admit I was impressed when I saw this. I wonder if I can think of a mess-making tool to use it with…
It sucks up wet stuff. If your sink is full of nasty water and you can’t unblock it without causing a tsunami, this is for you. Spills, flood etc are dealt with in superquick time by this gizmo.
There’s a lot of filtering going on. Useful especially in the case of plaster dust and the like.
Blowing it’s own whatsit. It can also blow just as effectively – simply plug the hose in the other side and Bob’s your uncle. Useful if you can’t get in with your vacuum, the surface is uneven or you just want to make wind.
There’s a place for everything. As with most Karcher stuff, they’ve thought through the details and you have somewhere to store the nozzles and cables that work with a satisfying clunk.
In conclusion. This is an impressive piece of kit if you like to have impressive pieces of kit. I know several people who will love it, because they take great pleasure in having the correct, good-quality tool for the job. (Not my husband though, he thinks a hammer is a multi-tool because it’s the only thing he tries to mend things with).
The MVP3 does what it says on the box. Look: 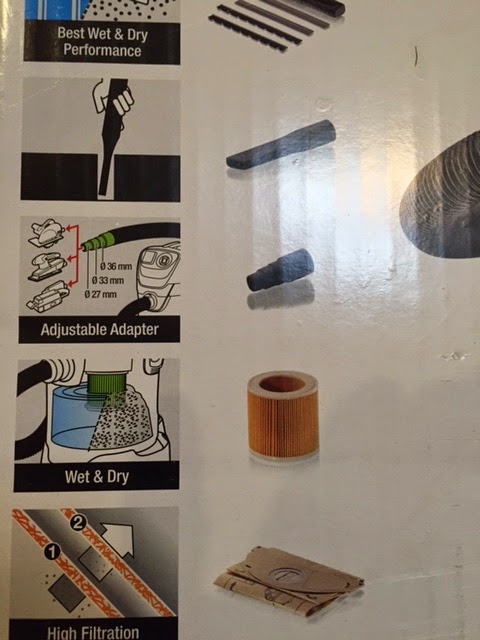 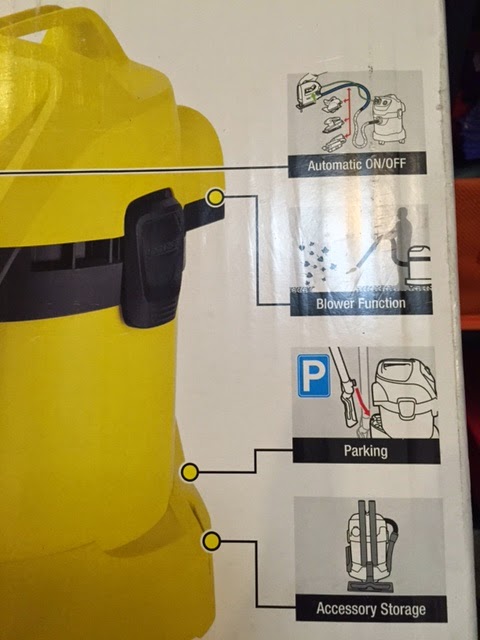 If you don’t believe me see how macho Tommy Walsh makes vacuuming look. This is not for girls… or housework actually. It’s a proper tool!
[youtube http://www.youtube.com/watch?v=B4fRAM79B34]
The RRP is £119.99.
Note: I’m a Karcher Clean Ambassador and was sent this product to review.