You are here: Home / house cleaning / Romance as a new parent: Or don’t bring me flowers, the kids would only knock them over.
I wrote this a couple of Valentine’s ago, but it still applies, or some bits of it do. 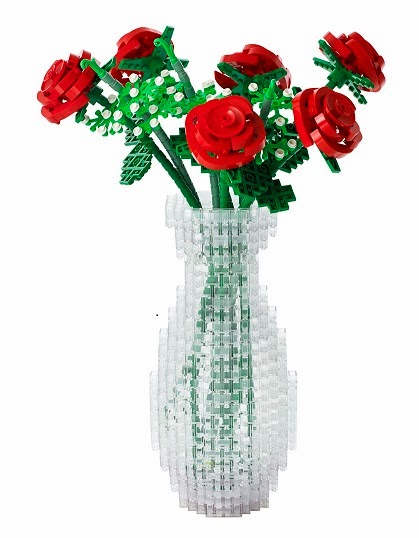 The shops are full of pink stuff, restaurants are already booked solid and florists are raising their prices by the minute. It’s nearly Valentine’s Day and the pressure is on to make a romantic gesture that counts which is why we leave here this option from flowers dublin, who offer delivery service to your loved ones.
However, if there are small children in your house, the traditional offerings of sexy lingerie or expensive perfume will be met by hoots of derision. What were you thinking? The scent will make the baby sneeze and no one can push their post-partum paunch into a pair of lacy pants and hope to feel even slightly sexy.
Instead here are some ways to show her that you care… that you really care:
Consider getting her hot – and by this we mean, getting her hot beverages and allow her to drink them while they’re hot, all the way to the bottom of the cup. In peace. Maybe with a biscuit on the side.
Notice when she’s made an effort. Though you need to be aware that making an effort has evolved somewhat since the early days of your relationship. Where once there might have been hours of buffing and plucking, followed by painting and spraying. Now if she doesn’t smell of sick or have poo under her nails and has a clean t-shirt on, she’s made an effort.
Know that pampering no longer suggests luxury and exotic scents, now it’s just a brand of nappies turned into a verb. Previously triumphant pampering gifts need not apply unless they come with babysitter and/or time machine.
Don’t think dirty thoughts, think clean ones, they’ll be much more effective. There’s a strong likelihood that the mother of small people has more fantasies about having an immaculate house, freshly laundered sheets, no clutter and clean windows than she does about having a filthy time anywhere… with anyone. Therefore, you will be making her dreams come true by getting the housework done, so she doesn’t have to. Hire a cleaner or, hell, even do it yourself. Surprise her with the spotless.
Plan an extravagant night out or adventurous outing… then let her go on her own. I know you’re supposed to be eating lobster by candle light together in a trendy bistro, but nothing will fill her soul with joy faster than allowing her the freedom to go and do something that makes her heart beat a little faster. It’s about helping her to reconnect with someone other than the maternal version of herself. Does she yearn to climb a mountain or learn to scuba dive? Would she adore a night of karaoke with her mates? Nothing says ‘I love you’ better than allowing her to truly be herself.
Of course, if you really want to hit the jackpot with the gift that guarantees bliss unbounded – and lots of Brownie points – then ensure that the light of your life gets at least one good night’s sleep. Solid, uninterrupted hours and hours until she wakes naturally to fresh coffee and smiles. And to really get the benefit of this love token – do it for at least two days in a row.
Happy Valentine’s Day.

◄ Book review – Paris Kiss by Maggie Ritchie
50 Shades of… put it away love, it’s not big or clever ►