You are here: Home / Uncategorized / Other people’s kids 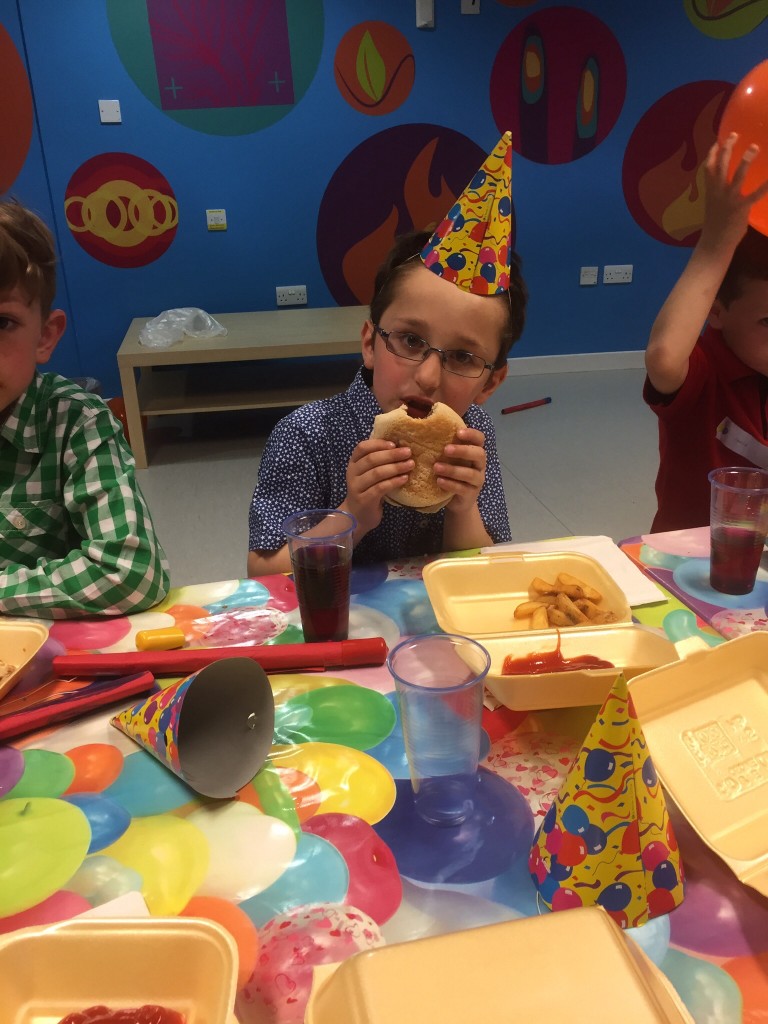 I don’t mean the kids themselves – most of them as lovely – in fact, all of Boy Three’s wee pals are super. What’s hell is being responsible for other people’s kids.

Boy Three has his sixth birthday and for the first time we can’t convince him that the village gala has been laid on entirely for his benefit, so a party was booked.

19 of his friends turned up today and we were in charge of them for a couple of hours – with the staff of the venue too, of course. But the responsibility was a big one. Huge.

Perhaps I’m still feeling guilty about the little girl we temporarily misplaced several parties ago. It was in a big soft play and it was only at the nuggets-time head count that we realised we were one down. The child was sitting quite happily hidden in a corner at the very top of the apparatus, unaware of the momentary panic she had caused.

So I worry that we’ll be unable to match the whole set of children with parents after the party bags are handed out. I fret that one of the youngsters will have a horrible time and will collapse sobbing into his mother’s arms. I fear someone will be hurt on my watch.

The only way to calm the terror would be to find a sitting down quietly in one room kind of party…. And sadly, there’s a gap in the market for that.

However, I’m delighted to report that Boy Three’s birthday celebration passed off without mishap and we have 364 days until the next one. Maybe I’ll find the ‘staying completely still but still being awesome’ party I seek before then. Till the next one…