You are here: Home / boys / A ferry good way to travel… Newcastle to Amsterdam

Theoretically being trapped in a tin box with hundreds of strangers for hours on end is exactly the kind of thing to fill me with horror. No escape, no alternative and no chance of doing my own thing.

And I’ll admit as we boarded the gigantic Princess Seaways in Newcastle I was somewhat apprehensive. We clambered upwards from our car deck into the daylight in the company of at least four hen and stag parties (identifiable by t-shirt and daft hat).

Emerging blinking onto one of the main decks, the Boys were given balloons on sticks by a most jaunty pirate. “Ahoy there, shipmates!” They then, predictably, bashed each other in an annoying manner until we found our deck-nine perch. Triple-decker bunks are, apparently, one of the most exciting things ever – unless you’re trying to post yourself into the top one.

As we explored our floating accommodation, our fellow passengers were getting into the swing of life on the ocean wave in one of several bars and lounges. Still, making the best of it, we booked our table for an all-you-can-eat dinner and considered which of the movies we’d take in to while away our evening.

And that’s when things started to look up. Dinner was fabulous – everything from sushi to crayfish fresh and fabulous. Even the boys managed to find something interesting and healthy to try. I’m don’t think I’d been expecting ship’s biscuits but I was surprised by the range and quality.

Well fed, the Panther took the big Boys off to the cinema and Boy Three and I headed for the piratical treasure hunt. Thus, the next hour or so was spent hurtling along corridors trying to keep up with a pack of kids hell-bent on their quarry. Boy Three was victorious (so were most of the other kids, but don’t tell him).

Soon enough it was morning and – egg and baconed – we were packed and ready to head for the car. Mercifully, we retraced our steps and by luck spotted our car fairly quickly. We weren’t smug though as lots of passengers hunted the ranks of vehicles for theirs. Mental note: pay attention next time.

Refreshed and relaxed, we drove out into the Dutch sunshine… 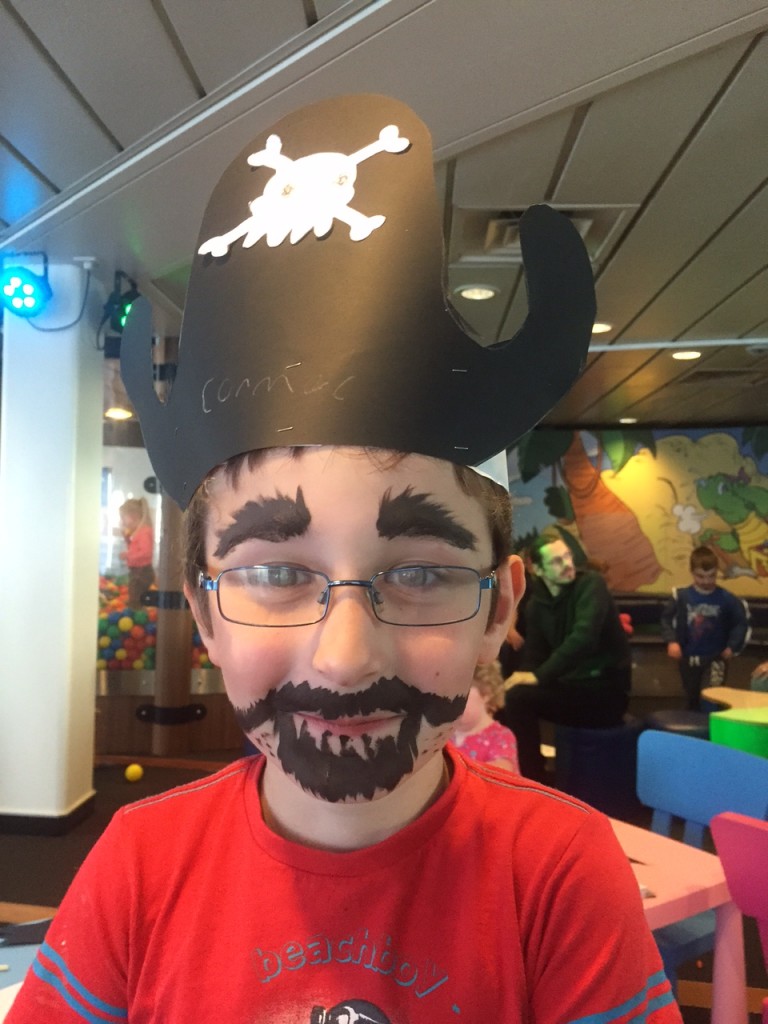 ◄ It takes all sorts
How much of our landscape are we? ►