You are here: Home / boys / Inside Out: The voice in my head said ‘How much longer?’

Maybe, it’s because my hopes were high. 98 per cent on Rotten Tomatoes. “Dazzling wit and tender wisdom,” they said.

So Boy Three, Boy One and I settled down with our snacks ready to be thrilled/charmed/moved/etc.

Before we’d even polished off the popcorn, my heart was sinking and Boy Three was asking if it was nearly finished.

It’s a neat idea. Little people living in your head that explain behaviour, emotions etc. Novel? No, of course not. But much less fun than the wee people in the Beano. 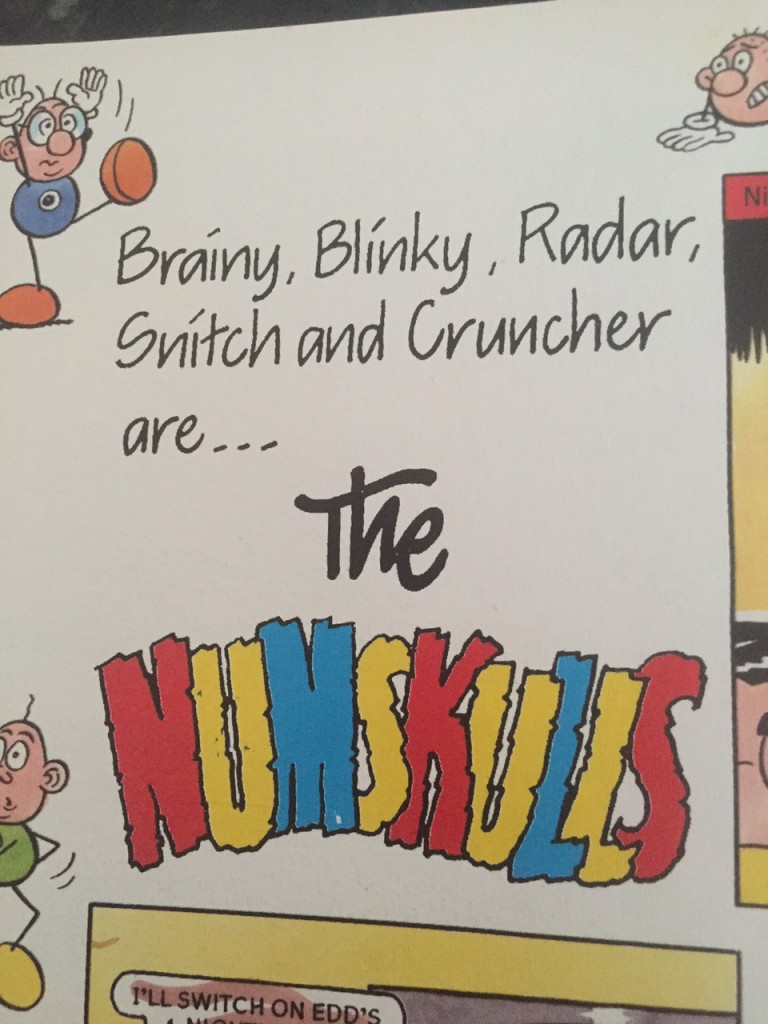 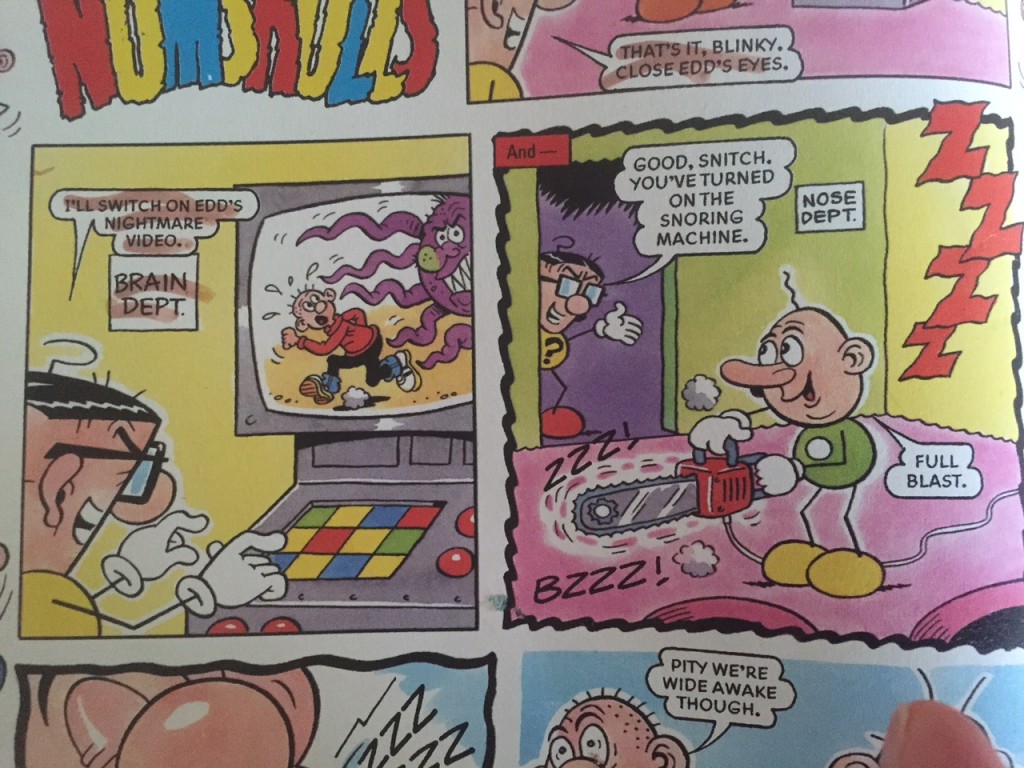 Quite a lot less fun. The film was OK. I suppose. Something to do on a soggy afternoon, but that’s about it. I’ve no idea which film all the gushing reviewers saw, but it can’t have been this one.

A little girl gets whisked across America because of her father’s business. The new house is rubbish, her mates are (clearly) not there and even the pizza is nasty. The shop only sells broccoli flavour apparently, though I can’t think why the mother didn’t ask for some without the broccoli. The new kids are weird and (obviously) running away is the only option.

So her internal voices Anger, Sadness, Disgust, Fear and Joy have their work cut out to keep her safe and happy. Crucial ‘core memories’ get lost and Joy – the boss (you know this because she’s prettiest, tallest and shiniest) – goes on the hunt for them.

All manner of tedious and vaguely alarming things happen to 11-year-old Riley, Joy and her other emotions. She narrowly misses the train of thought (see what they did there?) only to catch it later in the nick of time. On the way, she is assisted by a doomed imaginary friend called Bing Bong and a stack of 100 sacrificial Justin Bieber lookalikes.

I know, on paper this sounds like the movie of the century, but it’s just all a bit safe and bland. At heart, it’s a race against time to save the day and prove the blindingly obvious. We learn that it’s OK to feel sad, family is important but you can always find new friends, and growing up means putting away childish things.

Six-year-old Boy Three was fairly fidgety, but then he never does have patience for someone giving him a lecture. And I think that’s where this film missed the mark. It’s a bit too smug – there’s all that cod-psychology about memory, processing and perception that’s way above the kids’ heads plus some sugary messaging about the value of trust and what love really means. Yuk, it’s so sweet that Tesco would probably ban it.

Then there’s all that stuff inside the parents’ heads. Mum – romantic fantasy, dad – mindless sports. Not exactly cutting a swathe through idle preconceptions, is it? How about mum having the job, dad having the emotional intelligence? That would have made a bit of a difference.

Inside Out is essentially an overgrown fridge magnet motto of a film and if it wasn’t for the fact that it’s a cold and wet summer, I’d say wait until it’s on the Christmas TV schedule.