You are here: Home / other things I have learned / Is hot yoga something to sweat about?

Try anything except incest and morris dancing. Isn’t that how it goes?

It was in this spirit that I was to be found on a Thursday evening dripping in sweat in a room overcrowded by underdressed and bendy people. Yes. Trying hard to avoid looking up the leg of the shorts of the chap in the row in front of me, I was giving Bikram Yoga a spin.

Based on Hatha, Bikram is a fixed sequence of 26 postures done in a 40 degree room with a humidity of 40 per cent. I like yoga, I quite like heat and I know several people who claim to be addicted to hot yoga. It was also a good excuse to catch up with my equally curious friend Fionaoutdoors.

Here’s what I learned in 90 minutes on the mat:

Naked flesh is really not that attractive. A pair of knee-length shorts and a vest top put me in the most -over-dressed corner of the room. I was reminded of hiding in my M&S cossie in the German sauna because I was ashamed of having clothes on. There was a lot of skin on show – an intimidating amount – and generally it got redder and more mottled as the class progressed.

Yoga can be a spectator sport. I always thought it was about the inner body and mind, but what do I know? There were women applying makeup before the class (more pointless before this sport than before any other, as it turned out). But then if you’re going to have to stare at yourself in those relentless mirrors for an hour and a half I can understand it. I’d have needed something more radical than lippy and mascara though.

Coconut water is best kept for coconuts. Really. I don’t care how much electrolyte or dissolved unicorn dandruff it contains, it’s disgusting.

There are some things hot shouldn’t proceed. There were already some items on the list, flush and mess among them. I’ve now added yoga. I like the tropics, and crank up the heating whenever the Panther isn’t looking. But after about 20 minutes, this was too hot even for me.

Balance is about more than standing on one leg. For me, it’s all about being in the middle of yourself (mentally and physically) in order to see just how far your body wants to go. Balance is hard to achieve when you’re counting the minutes and being shouted at to “push, push” “beyond your flexibility”.

One person’s addiction is another’s torture. Clearly, Bikram yoga gives something very powerful to thousands of people who love it and practice regularly. My theory is that it’s the buzz from having cheated death, on a damp mid-week evening in the city. A bit like bungee jumping, without the plummet.

A raised heart rate is only a good thing to a point. I get all that stuff about regular exercises – on any day I can get up as many flights of stairs as you like with only a minimum increase in heart rate. But this is something else. My heart was thumping so hard I felt my whole body was twitching on the damp carpet in time to my pulse. A very alarming experience. I suspect Mother Nature designed our bodies and hearts to work together so that the fitness of the one neatly limits the other – for a good reason. Bikram yoga doesn’t seem like a good reason to mess with this.

There’s an om in competition. Seriously, this class seemed to be all about the winning – biggest hair (men), slenderest, bendiest, nakedest and, highest prized, the teacher’s approval.

There’s a different way to do everything. In most yoga classes you’ll be told to listen to your body, not lock your knees and rest when you need to. Apparently that’s not always the case.

Feeling sick after a yoga class isn’t uncommon. A first for me and caused, according to the website, by getting up from the savasana at the end of the class too soon.

Resting can be scary. Much of the second half of the class was spent lying flat recovering from the previous posture. A posture that under normal circumstance that would be fairly undemanding. When I wasn’t thinking about just how unnaturally loud my heart was, I was pondering the point of this. Surely that much rest means that it was all a bit much.

It might not clear toxins, but some things do get shifted. Or at least they did for the chap in the row in front of me. Luckily the other aromas in the (carpeted, seriously?) room masked the farts.

Learning is never wasted. And in this case, I learned that I don’t need to go back and do it again. The staff were lovely and the studio is pleasant, the facilities sufficient and the teacher diligent. It’s just not for me. Thanks, but I won’t be back on the soggy carpet in front of the mirrors again. 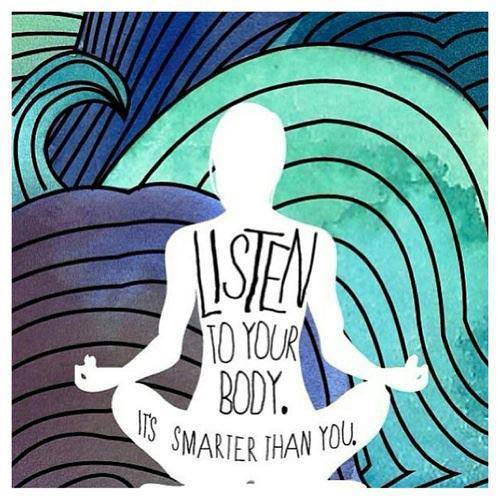 ◄ Exam result day – managing the stress…
Menopause: it is hot in here, but only because we’re blushing. ►