You are here: Home / boys / Things I learned from skiing in Scotland 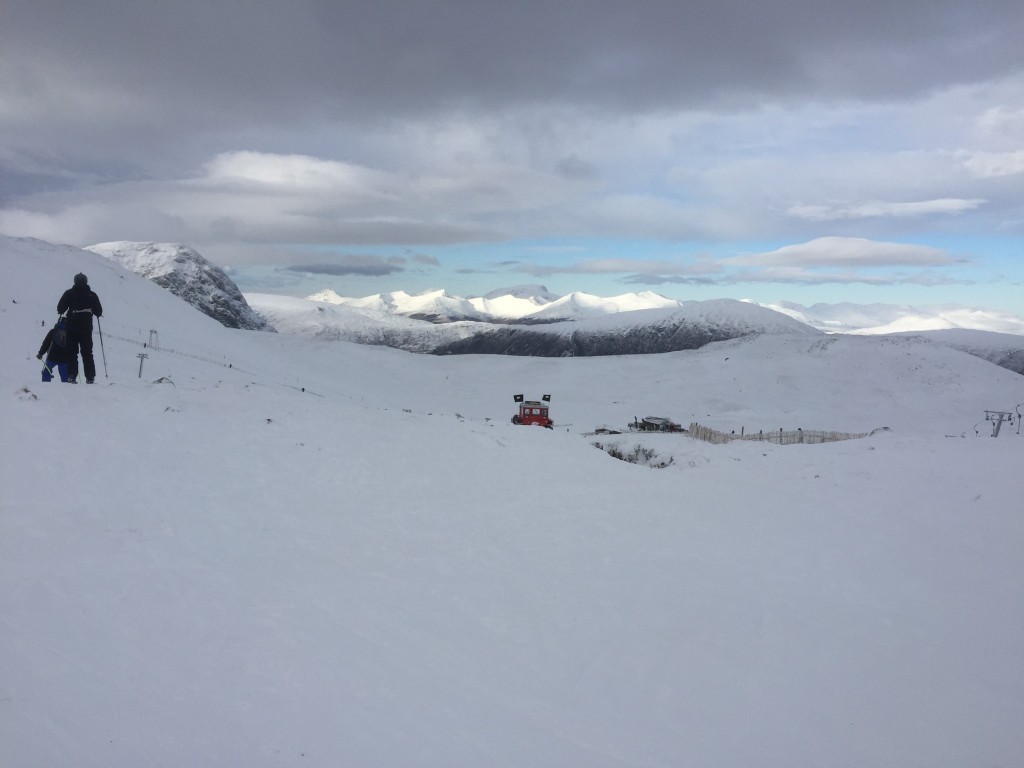 On Saturday, Boy Two discovered that the strings attached to his snowboarding lessons were that he had to accompany his mother on trips to Glencoe when it suited her.

“Really?” He said opening one eye. “Maybe later.” It was early o’clock on a Saturday and he had big plans with a box set and some biscuits. Tough, sunbeam.

When I was a student in Aberdeen, I spent quite a lot of time skiing. Jamming a pair of skis or two between the seats of a battered Fiesta and haring up the road to Glenshee. Memory plays tricks but I’m sure there was always lots of snow and that it was the best fun. It must have been, or why bother? surely.

Though skidding into the car park and barely being able to open the car door into the wind is also a persistent memory. As is the agonising icing of one side of the face on the tows. I did love my purple ski top with the batwing sleeves very, very much. Eventually, maybe a decade later, Super Sister insisted it had to go. I still miss it.

Weirdly I haven’t been back to skiing in Scotland for a very long time. Until now…

Here’s what I learned from skiing in Scotland

There will be queues. You will have to wait quite a long time to hire gear unless you arrive early – like 8am early. So arrive early, spell each other in the queue and put up with it. Or better still, come the night before and stay in one of the Hobbit House lodges.

You still get a frozen face on the tows. So get a buff or something and pull it up before you get to the can’t possibly let go in case I fall off point.

There’s more space to ski in than you think. Really, especially higher up where there are fewer people and better snow.

Real snow is much slippier and pistes much lumpier. Actually I already knew this, but Boy Two discovered that the real stuff is different to the artificial slopes he’s learning on. It took a while to get the hang of it.

You don’t sit down on a button tow. I already know this, but the sharp-dressed man (all the gear, no idea) in front of us needed to learn it. Fast.

People travel to ski in Scotland (and not just from Renfrewshire). We were surprised by the variety of accents surrounding us – French, Spanish, American, South African and several shades of South of the Border. Did you know there are Scottish resorts advertised on https://www.skiweekends.com/ski-weekends/resorts-and-hotels/austria, along side all the large European pistes. I was exited and proud to learn this about our slopes.

Oilskin man still exists. Way back in the 80s, the Scottish pistes were always attended by someone who thought they’d give it a go and that their fishing boat oilskins or parka and jeans would do just fine. Every time. He’s still there, apparently.

Driving through Tyndrum, it’s always chip time. It’s the law that you go to the Real Food Café for fish and chips. Ok, it’s not the law, but it’s a good idea.

You think you’ve made your plans clear, but maybe you haven’t. It went like this, on Friday evening we discussed – at length – Boy Two and I going to Glencoe the next morning. Plans in place, all agreed. So then, just as we hit the snow, the Panther of News called: “Where are you? Are you back for lunch?”

Not to forget to take photos. It was so beautiful, yet I got two very ordinary views of the hills and a decidedly average selfie.

You never know who you’ll end up sharing a T-bar with. Don’t worry, it’s not that exciting. Though just as I was contemplating the possibility of sharing a T-bar with a boarder and trying to work out how exactly that would work I was rescued. My share turned out to be Andy Meldrum, resort boss. He was doing the rounds to check on everything, the season hadn’t been great so far but half term was set to be a cracker.

Skiing in Scotland is better than you think. We’re lucky to have resorts more or less on our doorstep and I won’t wait another 25 years to go back. 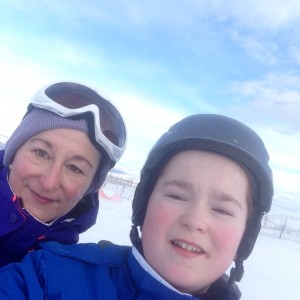 ◄ School shoes: Things I learned from being in charge of a centipede*
Say I don’t to Leap Year sexism ►