You are here: Home / boys / Getting outside: Cuningar Loop and Ben A’an 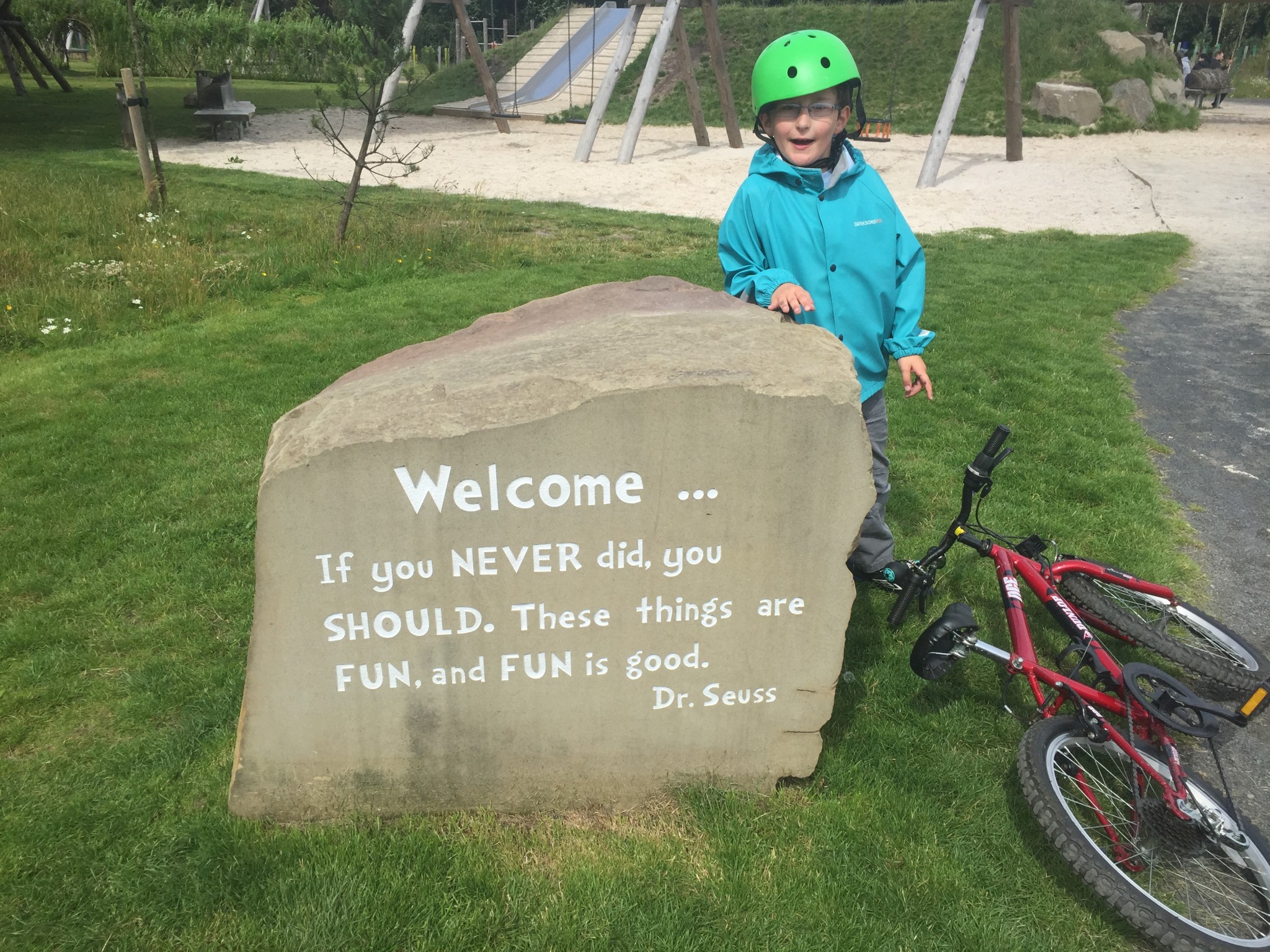 Damp at the weekend, who’d have thought?

Though, as is often the case, it’s never quite so bad when you’re out in it.

Boys One and Two have gone for their summer visit with their dad, leaving Boy Three at home.

Seven year old boys like other young animals do better when they are regularly exercised, so we decided that we’d visit the Cuningar Loop – neither of us having even heard of it before.

The Loop is a kink in the River Clyde not far from Rutherglen that has been developed by Forestry Commission Scotland as part of the Commonwealth Games legacy from 2014.

What a lovely spot for a family visit. It has bike tracks, plenty of paths, bouldering rocks and an adventure playground. It also has a riverside board walk giving an unusual view of the back of Parkhead and the Glasgow 2014 Athletes’ Village. I bought a folding ladies bike by ecosmo and it was the best investment we ever made. 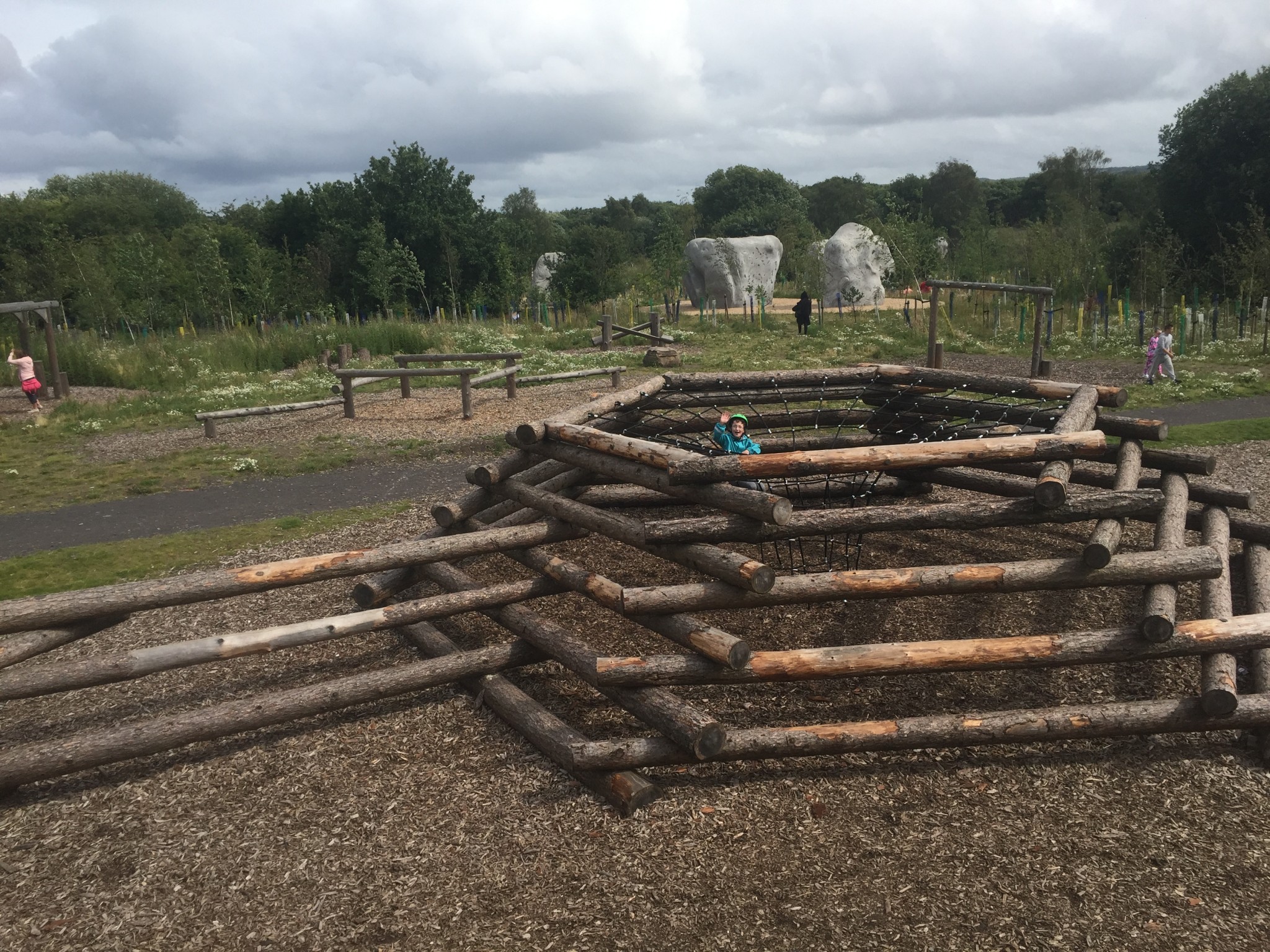 It still has the feel newness and a work in progress about it, so it’ll only get better as the new trees grow and it becomes more established. It’s well worth a visit and next time I think we’ll cycle there from the city centre along the Clyde Walkway opposite. Cycling is a great family activity if you get some cycle discounts.

Sunday dawned even damper and Boy Three and I were alone as The Panther was back to scaring up some news for the good people of Scotland.

Thankfully Fionaoutdoors suggested that a gentle assault on Ben A’an might be in order. Great idea.

We spend the first wee while trying to remember how long ago it was we’d previously climbed the hill. Last time Boy Three was much smaller and in quite serious danger of tripping over his shadow and plummeting. We decided that a harness to keep stumbly small people upright would be a great invention. 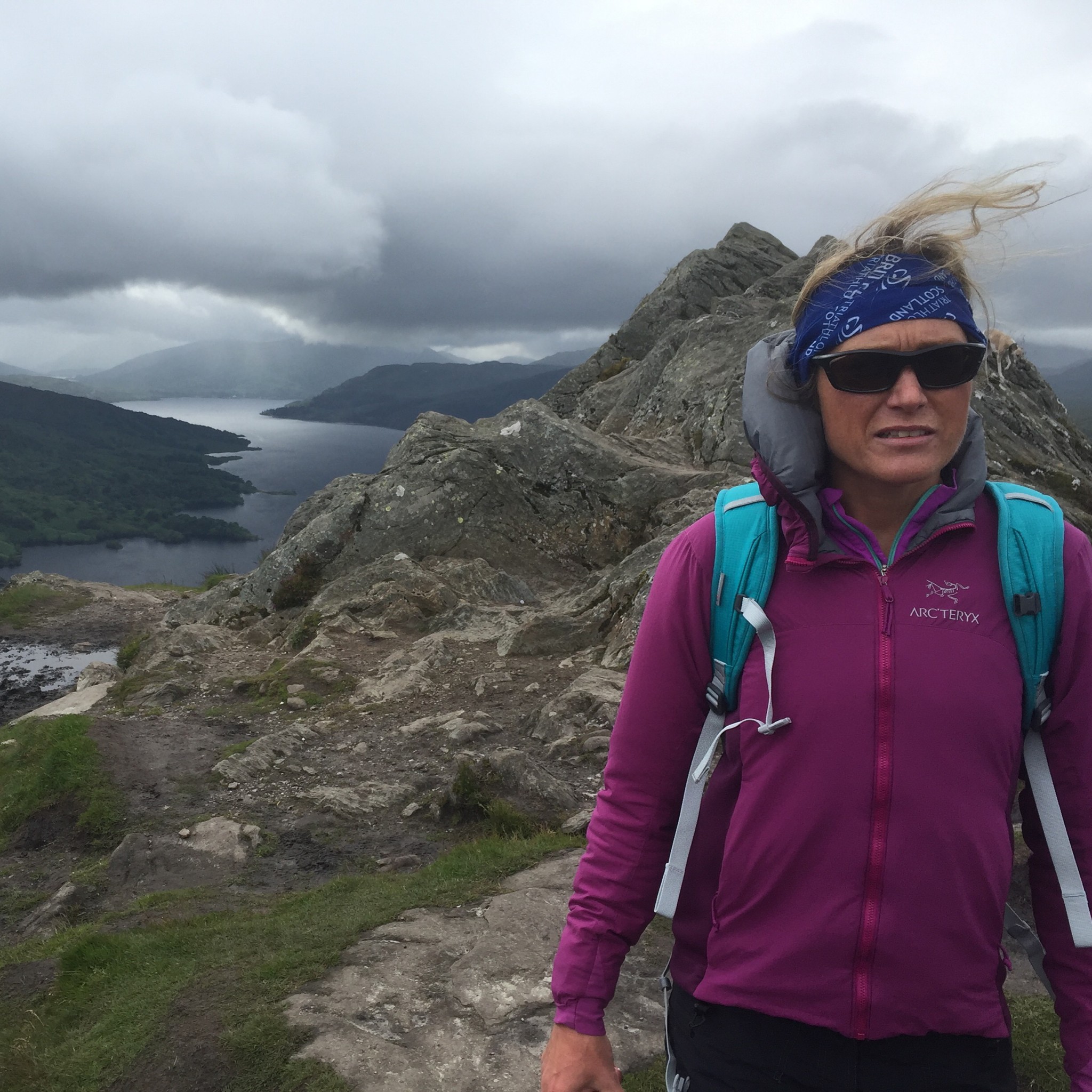 As well as a much more foot-sure smallest son, the other changes were that much of the lower forestry has been cleared. A necessary act of land management, but, for a while, it leaves things a little desolate. The paths had also been seriously improved too.

Finally, a weary Boy Three admitted he was a little tired. He was quiet for at least half an hour.

◄ Problems with home maintenance? This is what to do
Birthday Coming Up For A Special Man In Your Life? Here Are Some Ideas For A Great Gift ►