You are here: Home / boys / Summer’s soggy tail end and other things – this week’s report

A bit transitional here. Two back at school, one packing for his next chapter and I’m hanging on to the sockless freedom of the season’s relative warmth with determination. 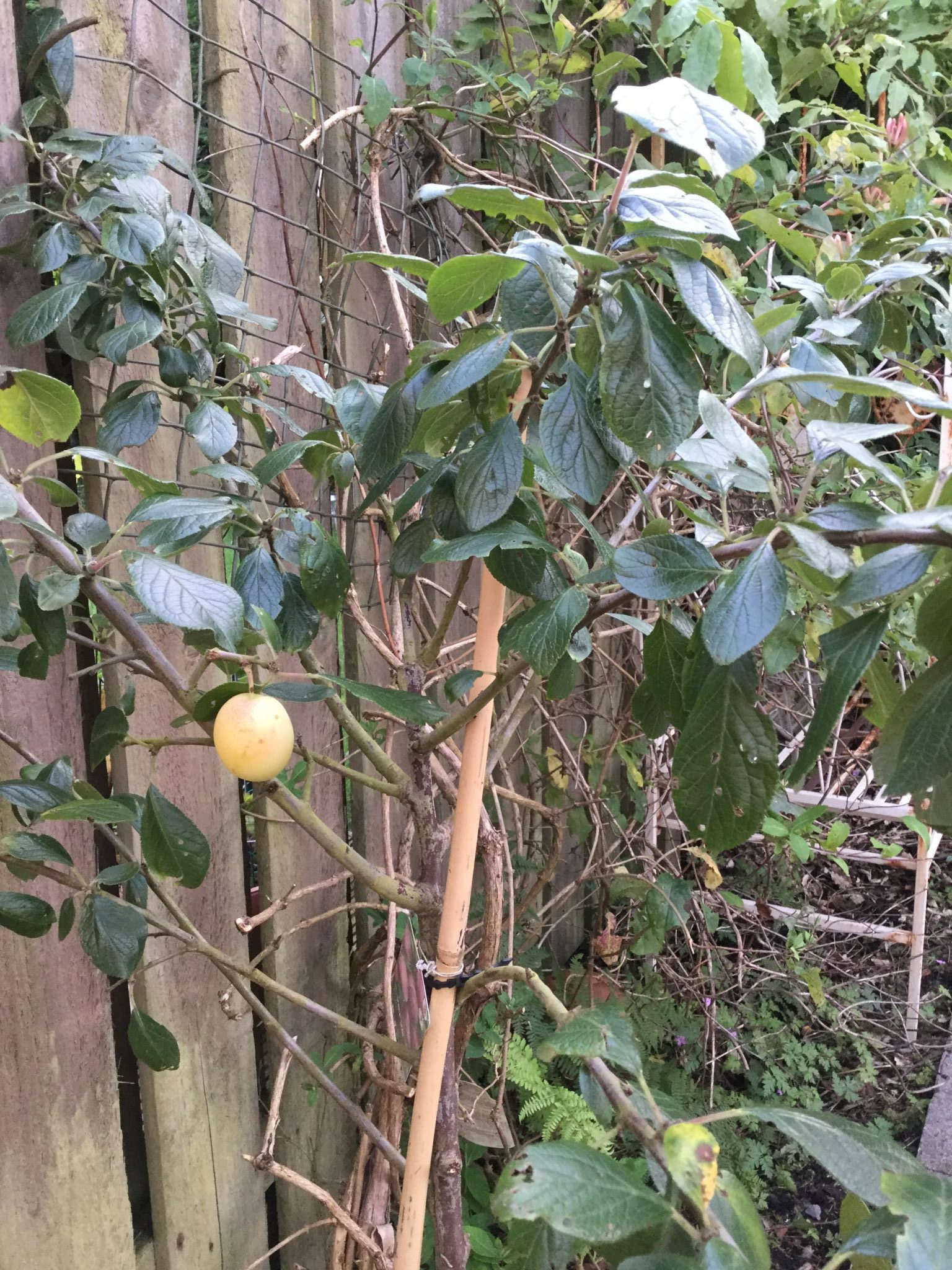 I’m sure there’s a metaphor in here somewhere on reaping and sewing. I was given a plum tree for my 50 this year. And here it is bearing fruit – a single fruit.

This stoic little tree had a lengthy journey to the garden via ferries, reluctant teenagers and packed cars. That, combined with my horticultural ineptitude, meant my expectations were low. So I’m delighted to see this. Now I can’t decide whether to pick it slightly under ripe but intact or leave it to run the gauntlet of slugs, birds and storms. Probably another metaphor. 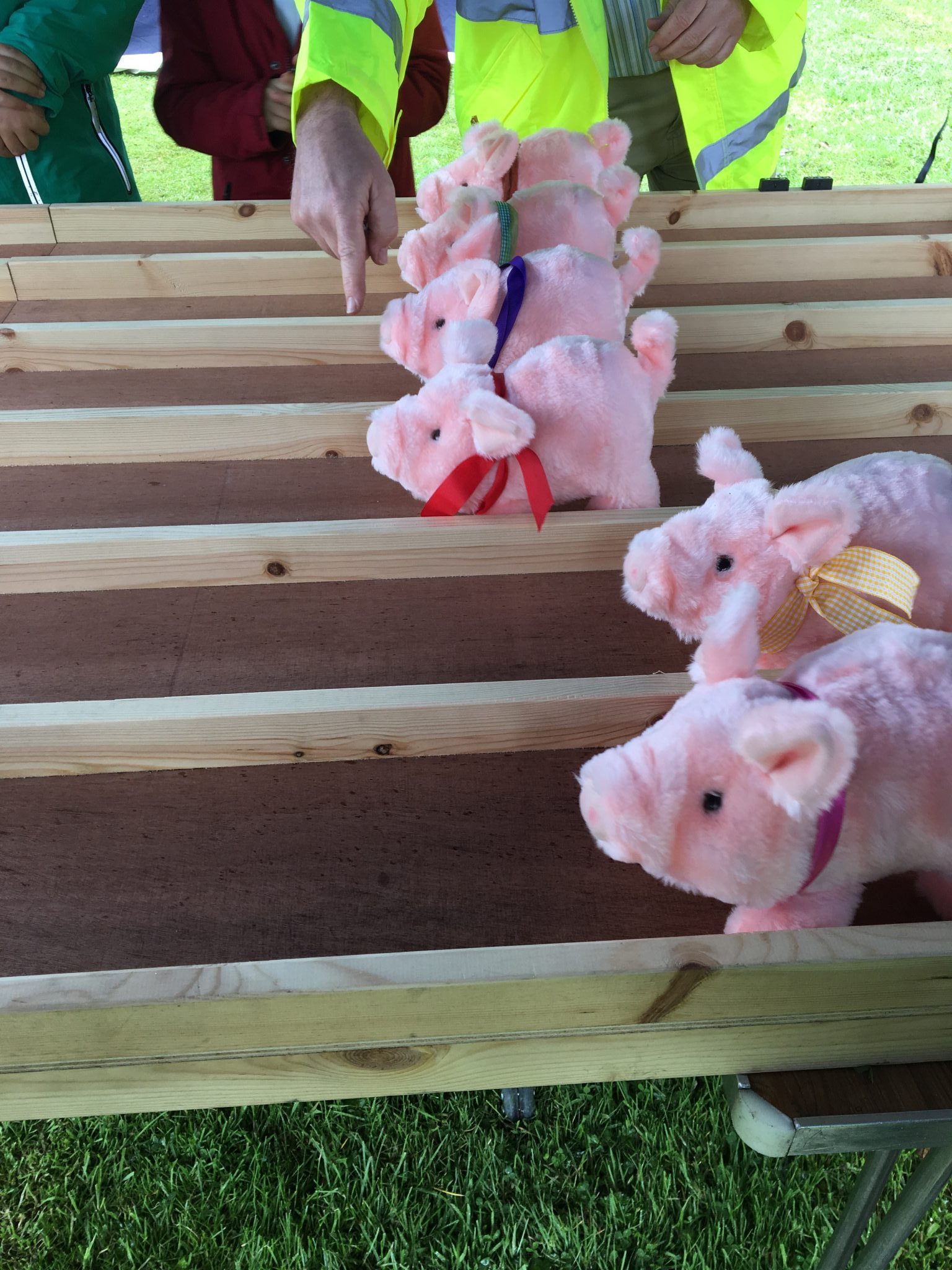 A village gala near us and more rain. The best fun was had betting at the races, the battery-operated pig races. 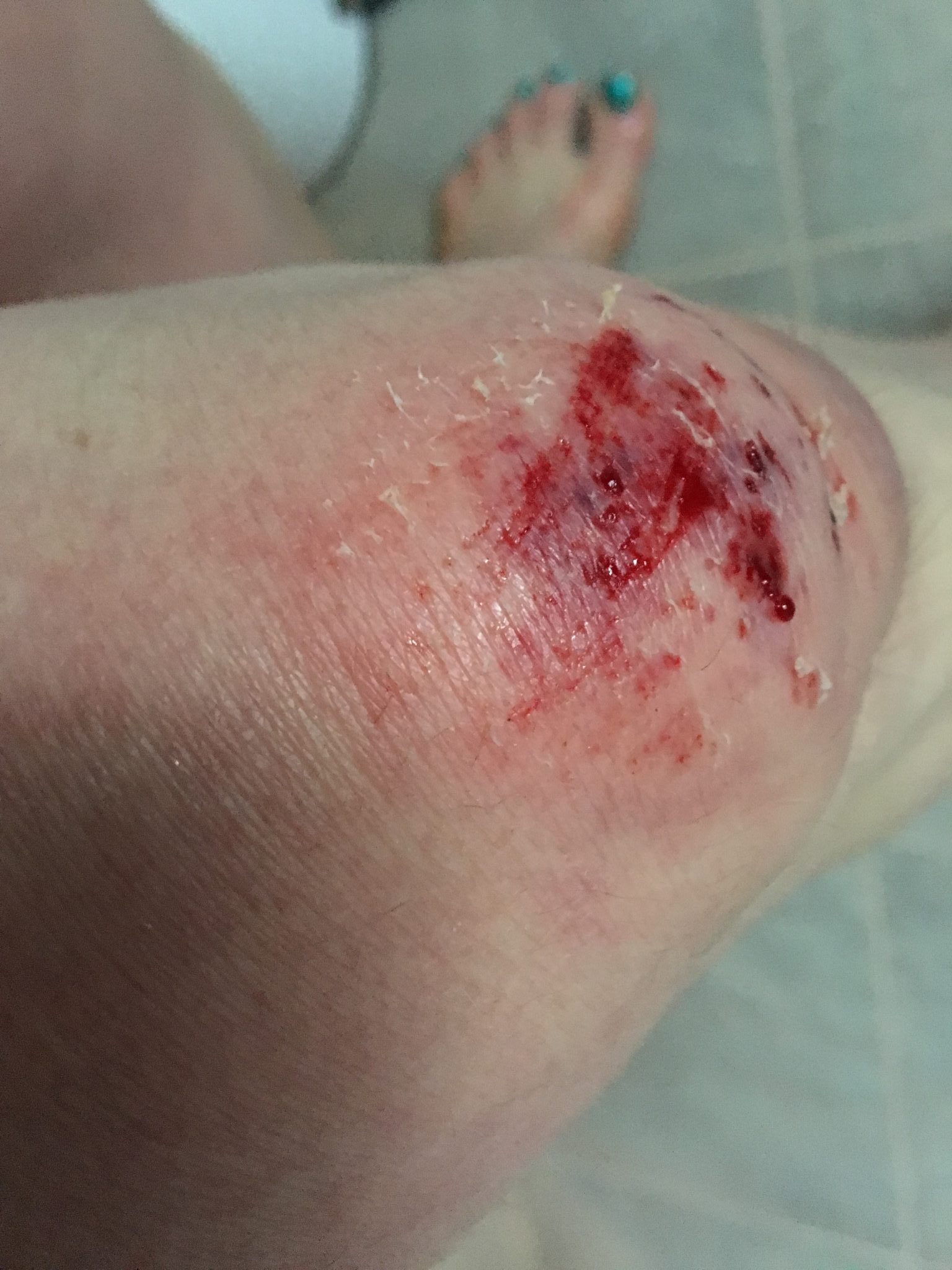 Too much detail? Yeah, possibly. During a morning trot, I found myself on my hands and knees hoping no one saw me falling over. I would like to assure anyone who cares, though, that is falling over and not A Fall. A Fall is what old ladies have and signals danger and fuss: falling over is playground territory and gives you scabby knees to pick during dull assemblies. 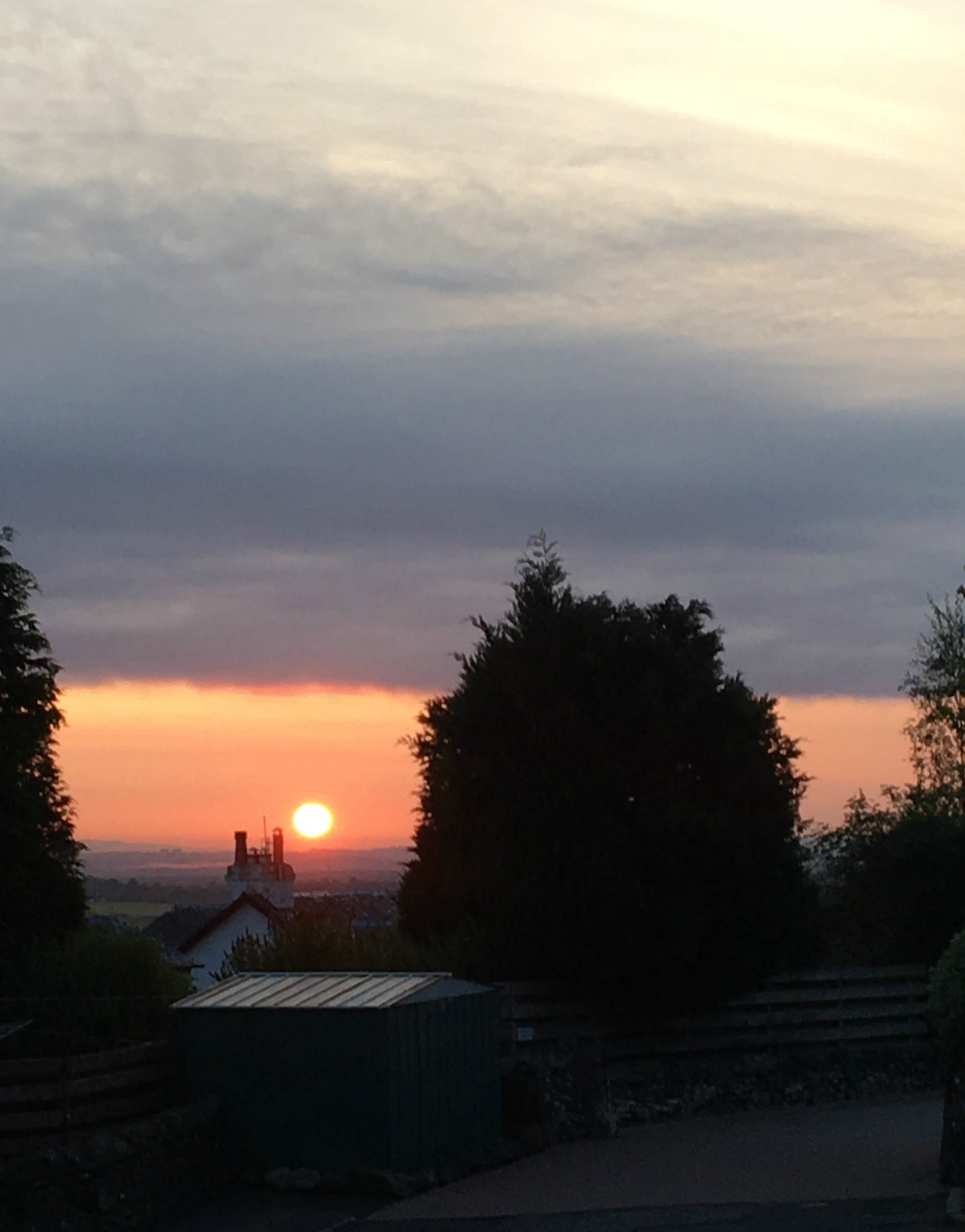 The same trot and this beautiful sun was rising. How perfect is that? 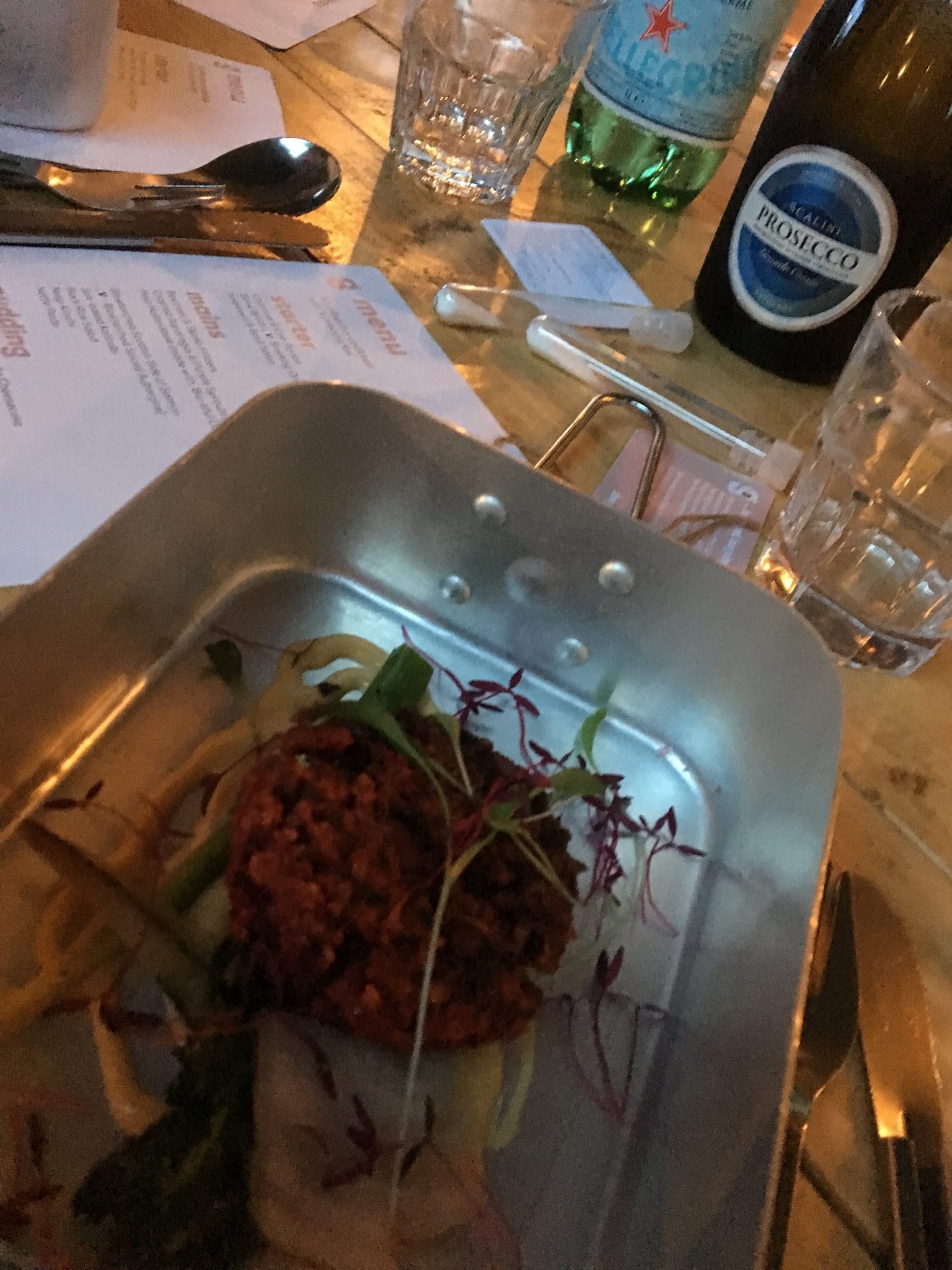 Out on a school night.

I went east to Edinburgh for a Gut Stuff Supper Club dinner with Super Sister and a couple of her pals.

The food was wonderful and healthy. It was all about how you can eat to give your gut a treat. The Gut Stuff is what a couple of twin sisters came up with when they decided to explore the science and debunk the myths of healthy eating.

Basically: If you can eat tasty stuff that lets you live longer, why wouldn’t you?

The meal was created by Dram and Smoke who make delicious, quirky events, often with a campfire vibe. Great idea, but do we really need those tin cooking trays that set my teeth on edge? I don’t even like them when I’m doing actually camping.

Speaking of camps. Boy Three moved up from Beavers to Cubs this week. This was done by the tradition of being pulled across the floor by his new brother and sister Cubs.

◄ Unique Ways To Celebrate Your Man Making It Through Another Year On The Planet
Right ho, it’s the slackers’ guide again. ►