You are here: Home / boys / Blethering from the Palace of Bundance 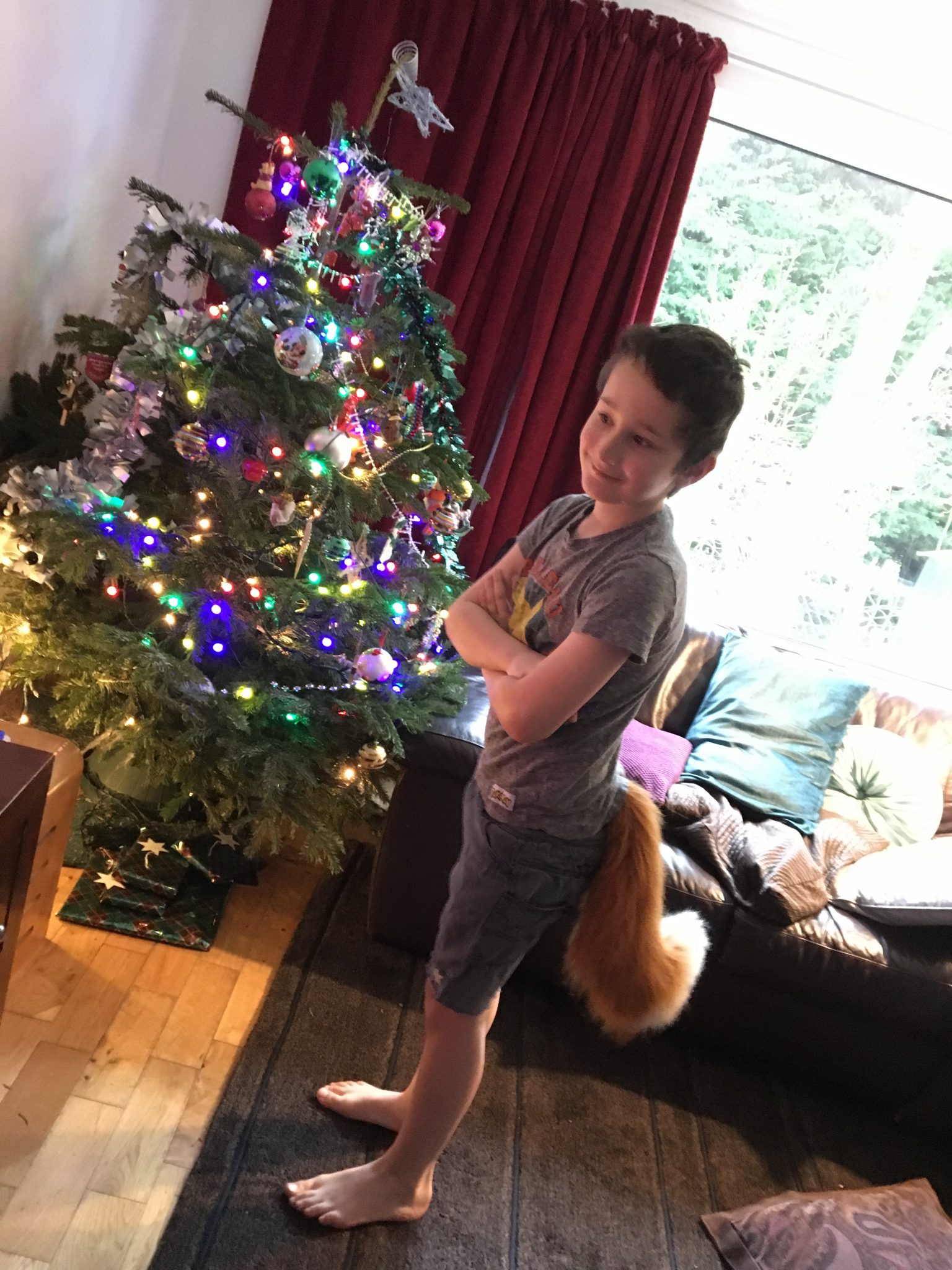 It was shaping up to be a run-of-the-mill roundup from the Palace of Bundance, possibly interspersed with promises to remove the proverbial from the unmentionable for the next 12 months and generally buck up and make the best of it. I might even have found something meaningful to say about wonky Christmas trees and boys with tails. 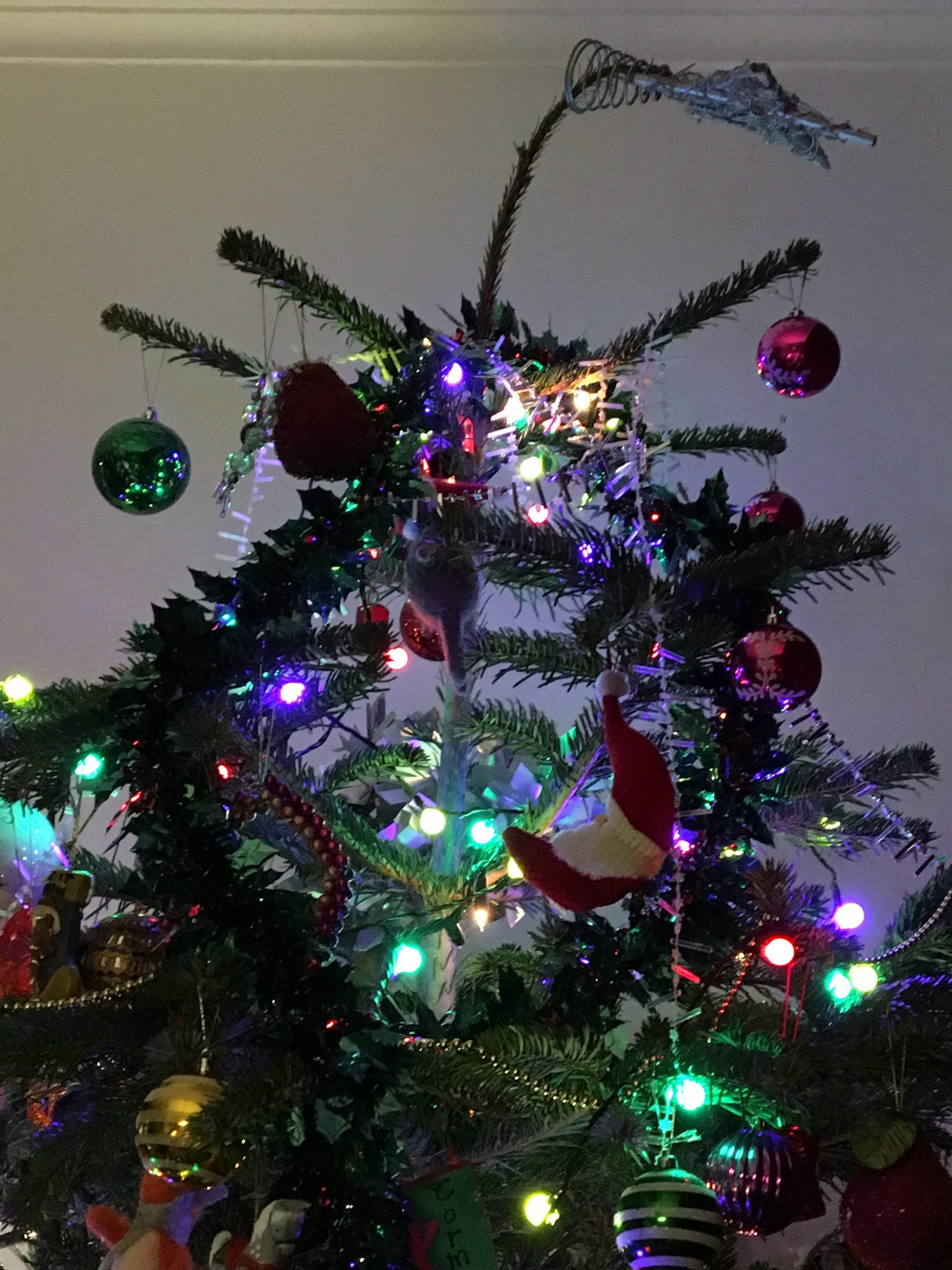 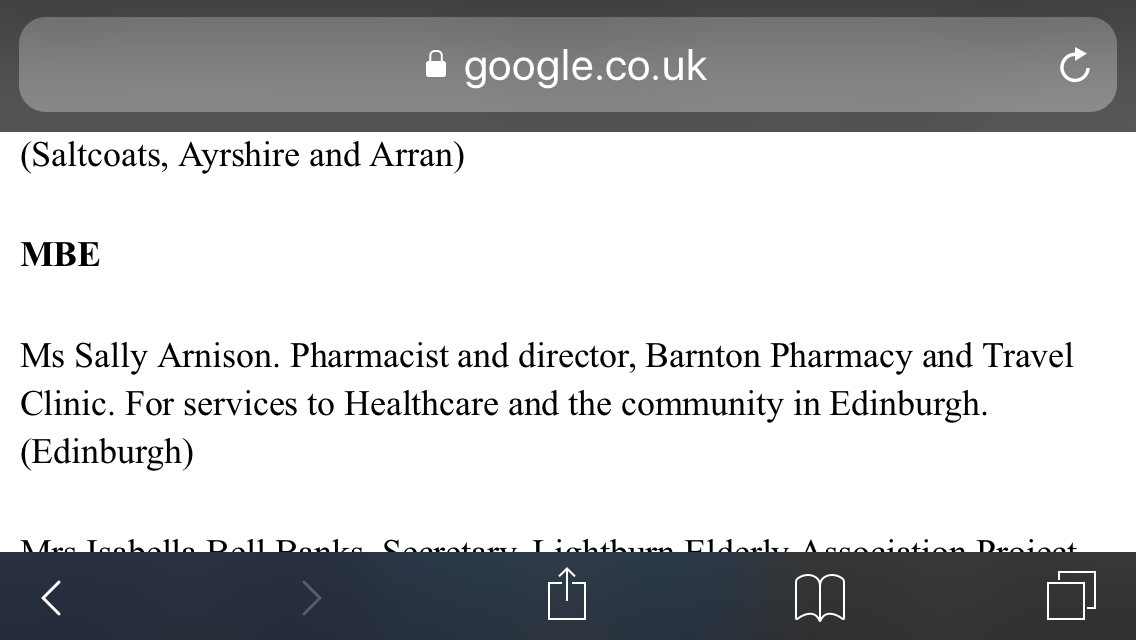 Super Sister has been awarded an MBE in this year’s Honours List. I am beyond proud and back again. Not only is she passionate about her work and what she can do for the community, she’s also doing a pretty good job as wife and mother, sister and daughter. Enthusiasm, vision, humour and sheer bloody grit. If you’re not sure how to be successful, just ask yourself ‘what would Sally do?’. 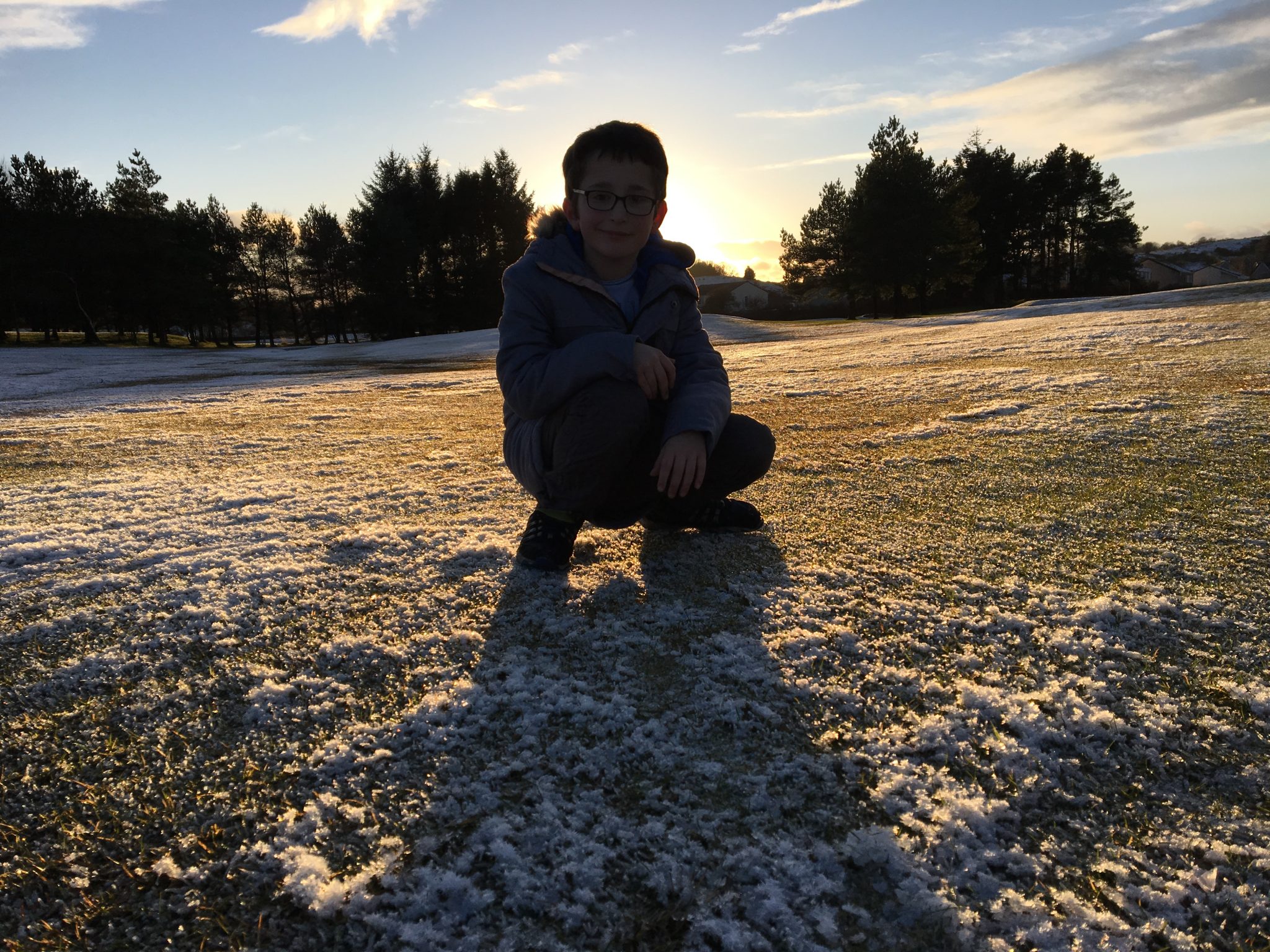 Boy Three’s school has a daily mile practice, where the kids have to hurtle around the outside of the school building enough times to add up to a mile. It’s a great idea, makes them alert and fit. Plus they enjoy it and get the idea that regular exercise might actually be a good thing.

After a couple of days of sofa surfing and scoffing chocolates, I feared that it would take a few miles to fix things. However, it was somewhere to start so the Boy and I set out. It was wonderfully cold and crispy, but this wasn’t enough for the eight-year-old. “I want snow.” he yelled. “And sledging. There must be sledging.”

So, thinking this wasn’t a bad plan for exercise and entertainment, I booked us a sledging session at SnowFactor in Braehead. Apparently, it’s the UK’s longest indoor real-snow piste. Perfect.

Then the next day we woke to this: 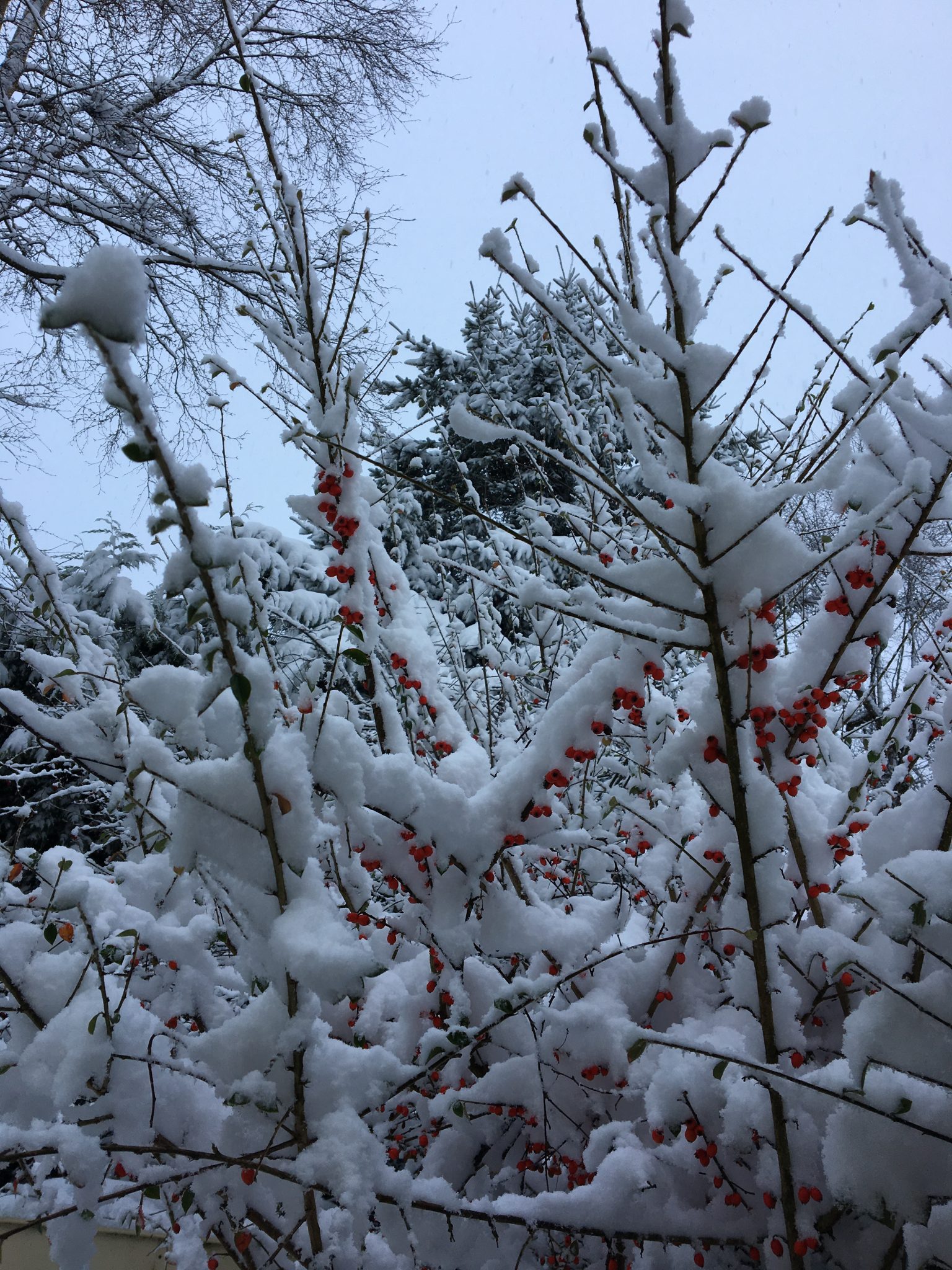 The best snow I remember us having for ages. Old-fashioned snow that’s soft and fluffy and hardly feels cold at all. 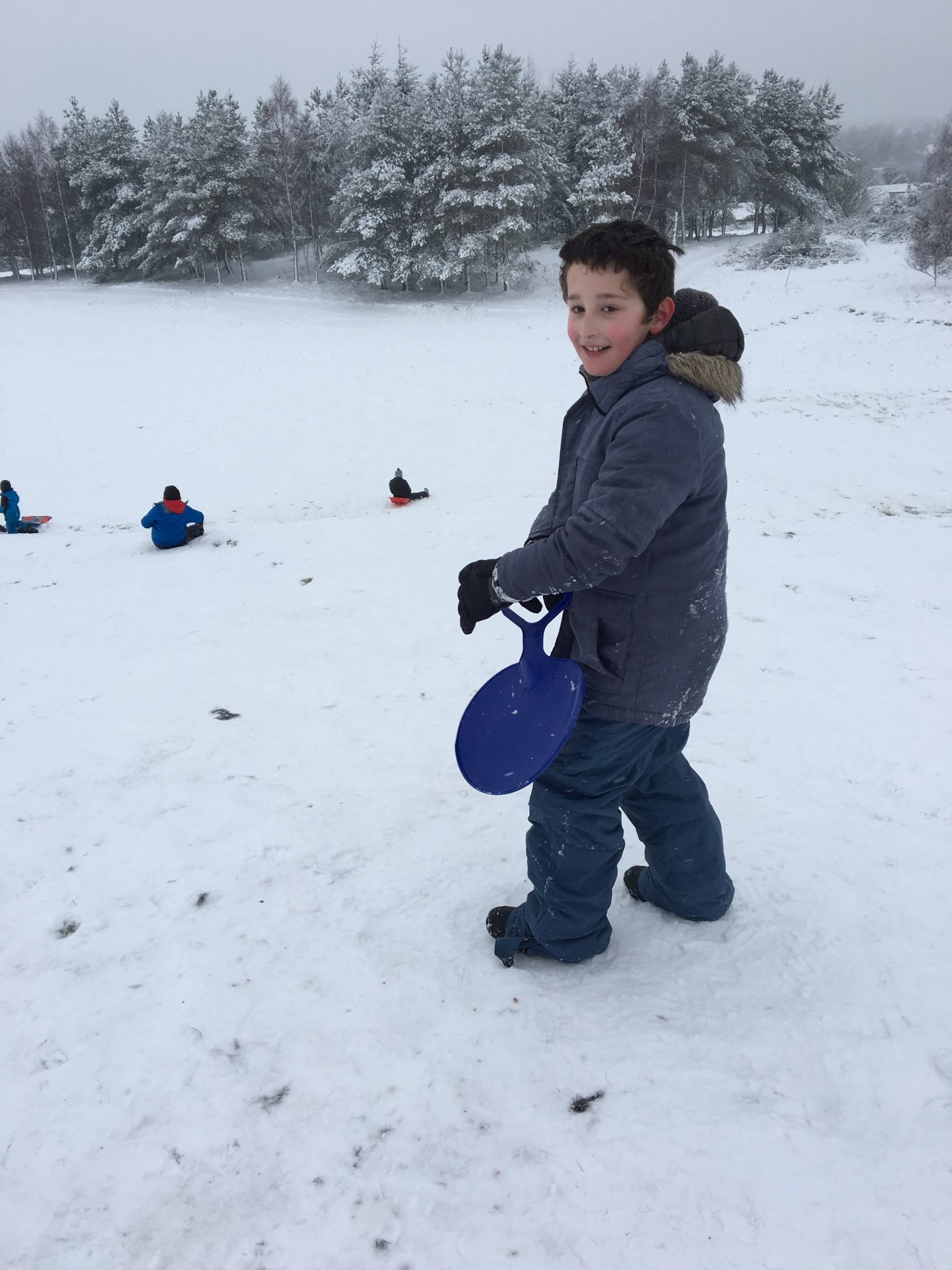 And because ‘let’s not wear ourselves out and get our gear wet sledging because we’re going sledging later,’ didn’t make much sense, we went sledging. It’s the best use of a golf course that I know of.

Obviously, later we were too tired and damp to bother taking to snowy roads to sledge in a shed and, besides, the sledging itch was well and truly scratched.

The Boys were back

It wasn’t just all about Boy Three this year. For a few lovely days, the nest was full. And, while they probably wouldn’t say it out loud, it seemed like the brothers enjoyed being together again. 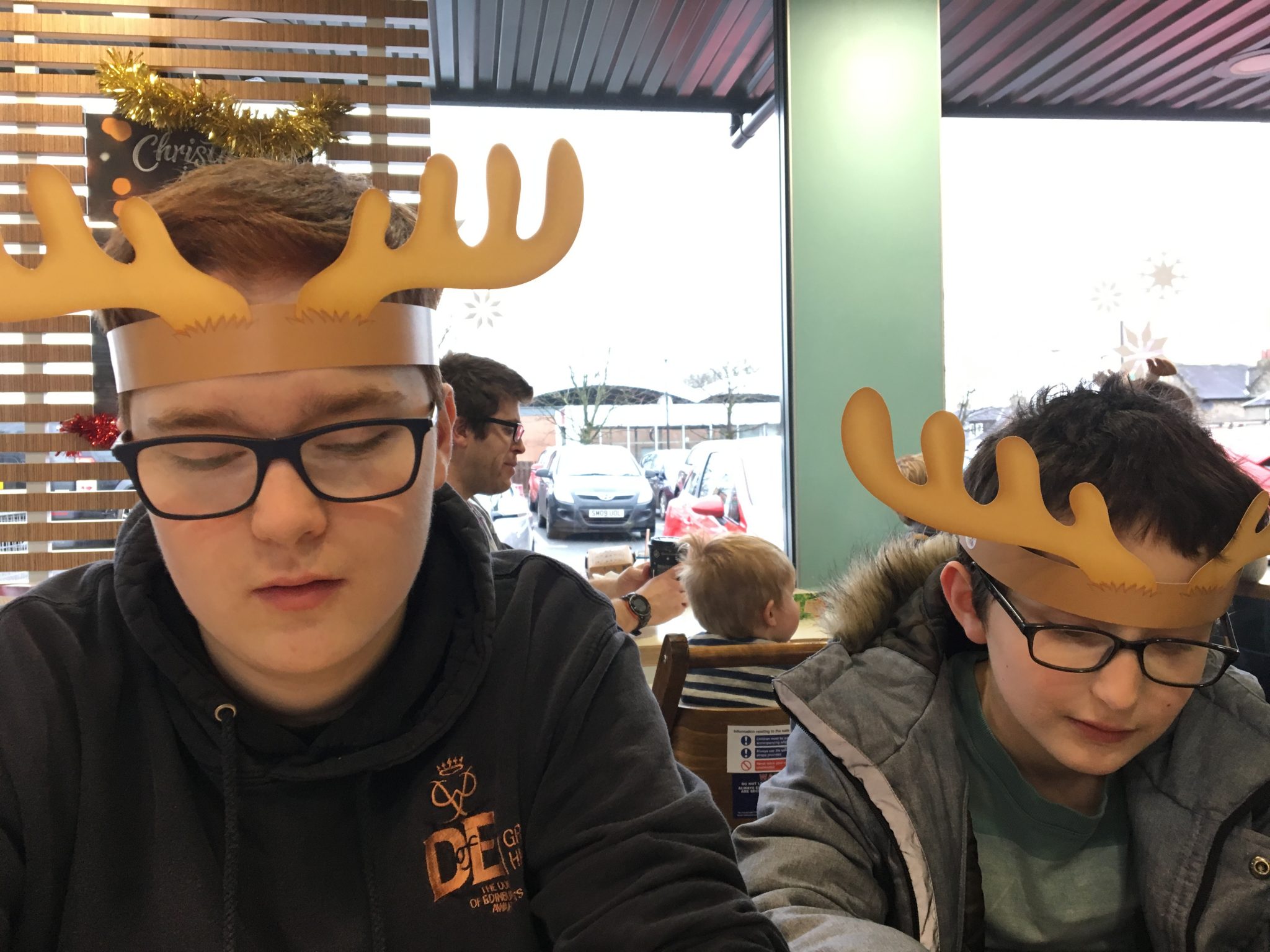 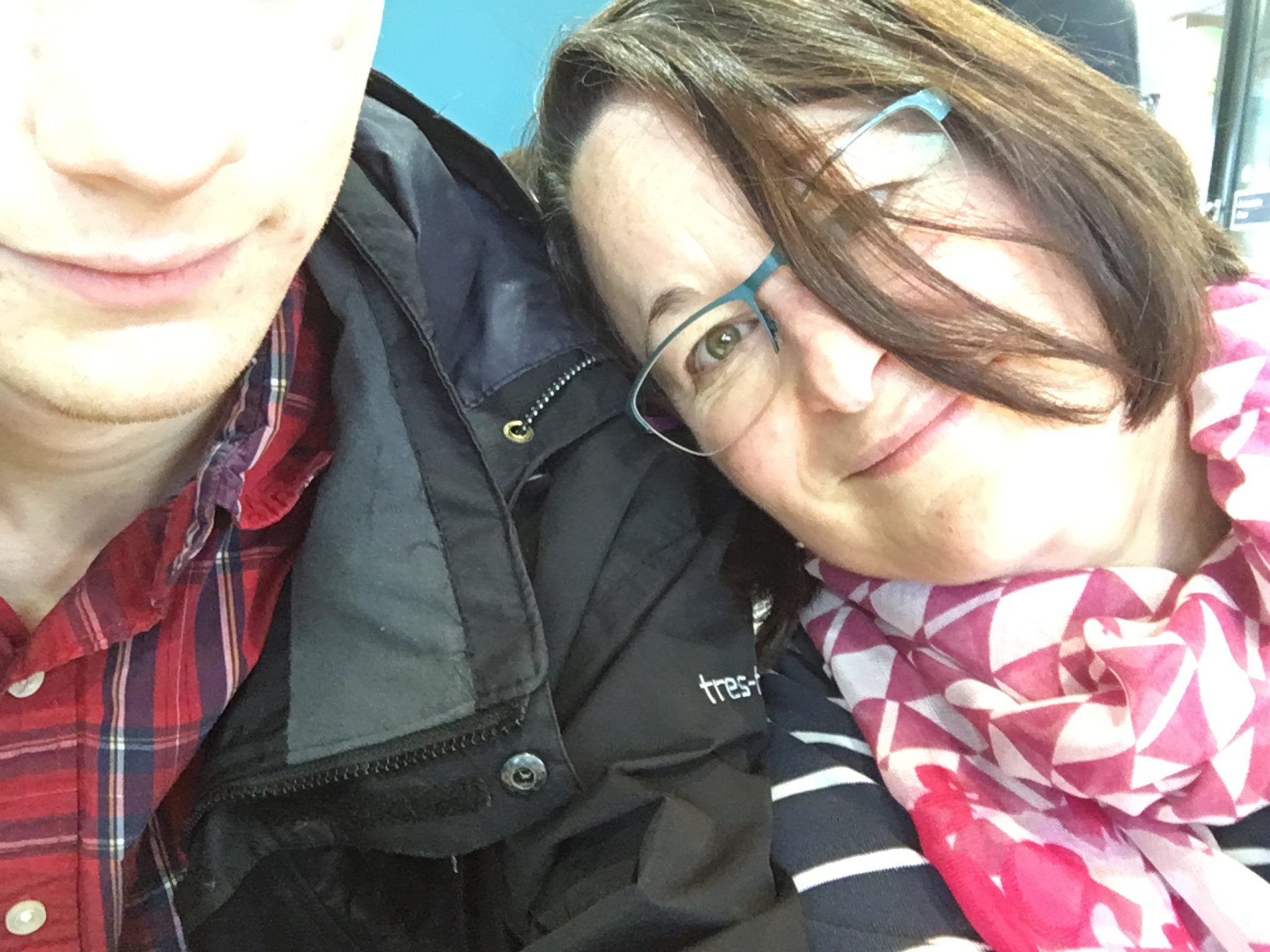 There were games… and chocolates. 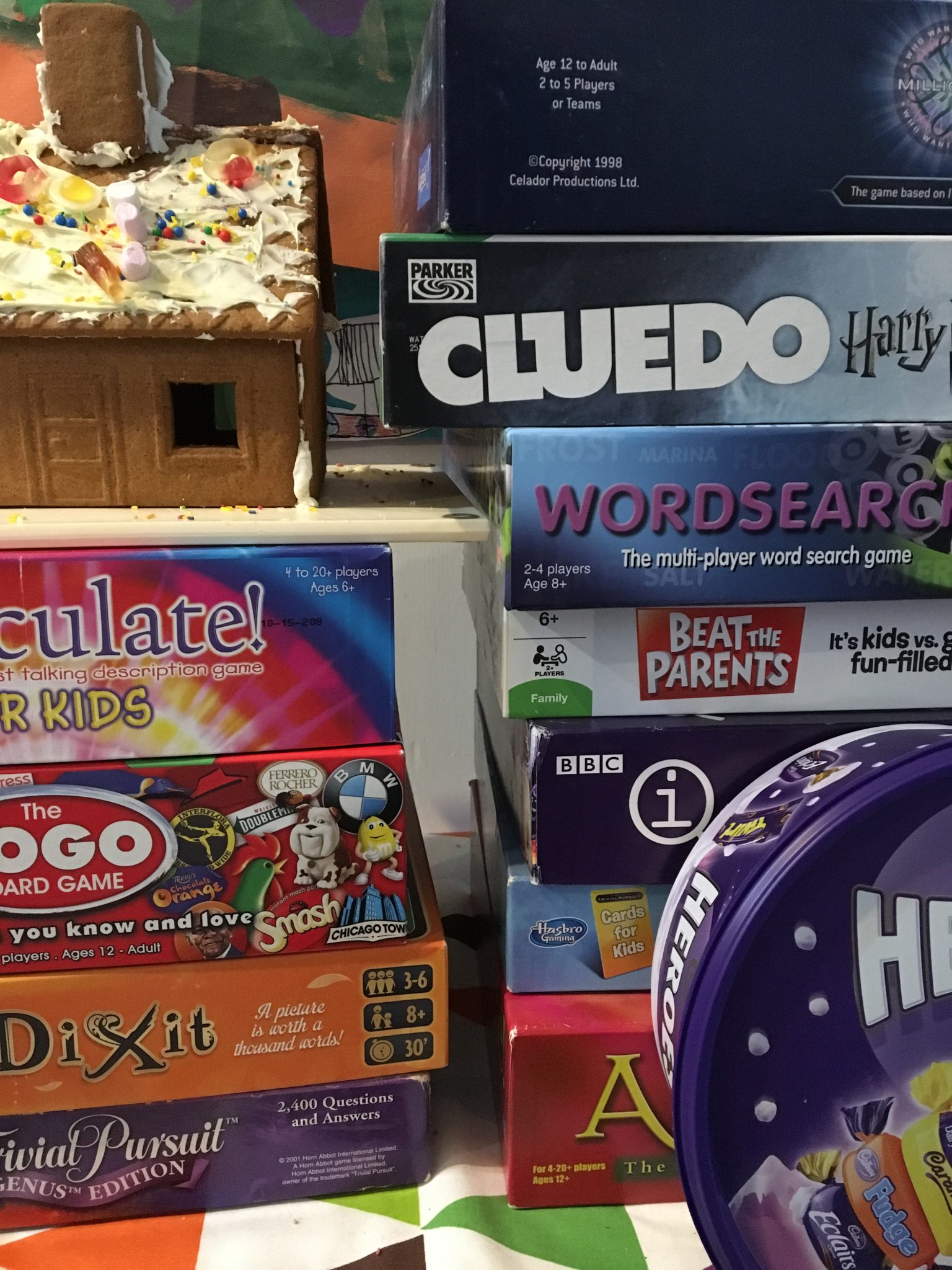 We certainly know how to live, here in the Palace of Bundance. The gaming high-point came when Trivial Pursuit was mashed-up with Beanboozle and every time you got an answer wrong you had to play jelly bean roulette. 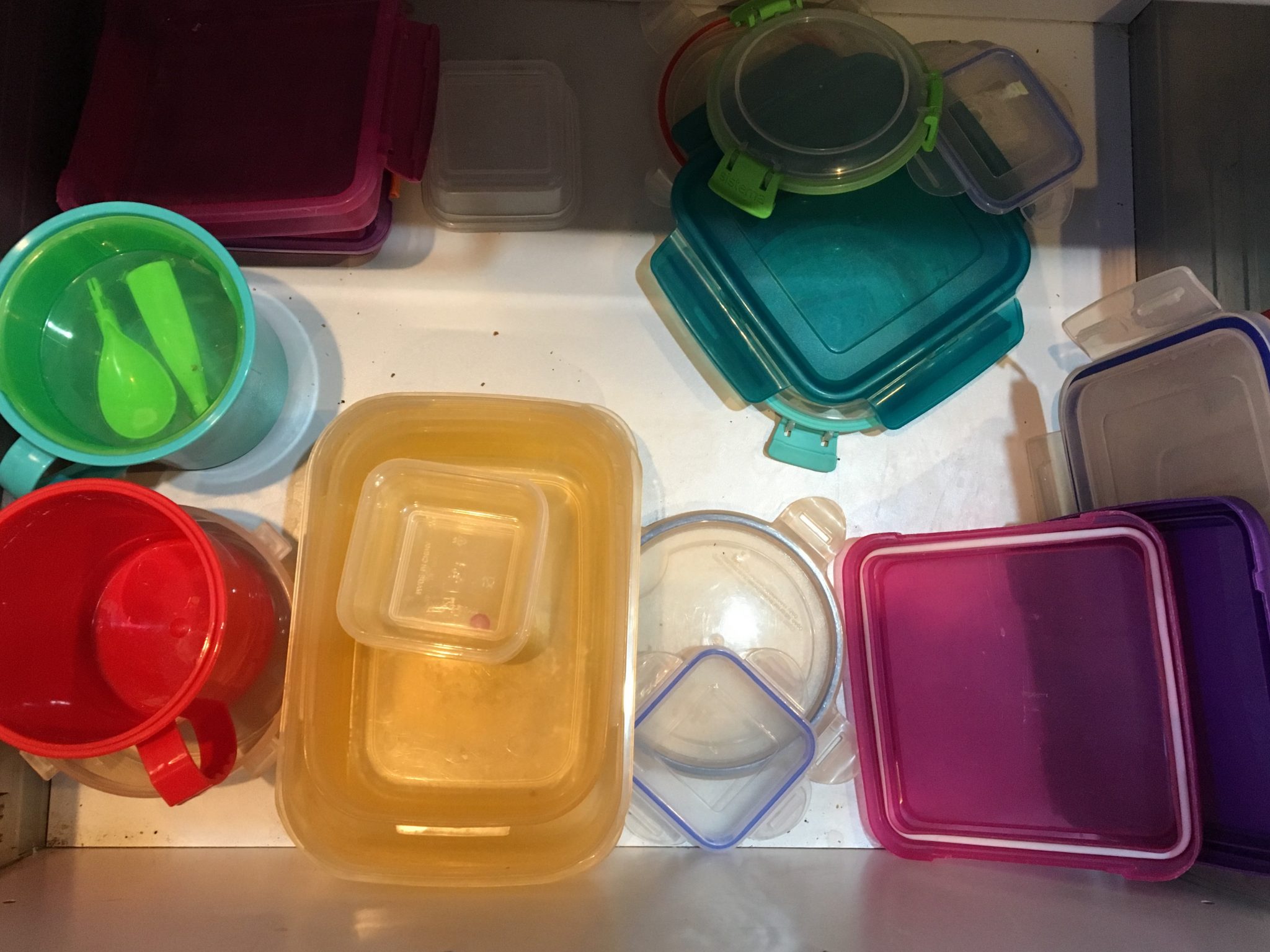 Have you noticed that at this time of year the period between ‘I’m so full I’ll never eat again’ and ‘Hmm, I wonder if I fancy a bit of cheese’ is around 7 minutes?

The measure of the munching is the fact that the plastic box drawer is almost empty and the fridge is stuffed with leftovers.

Not sounding the alarm 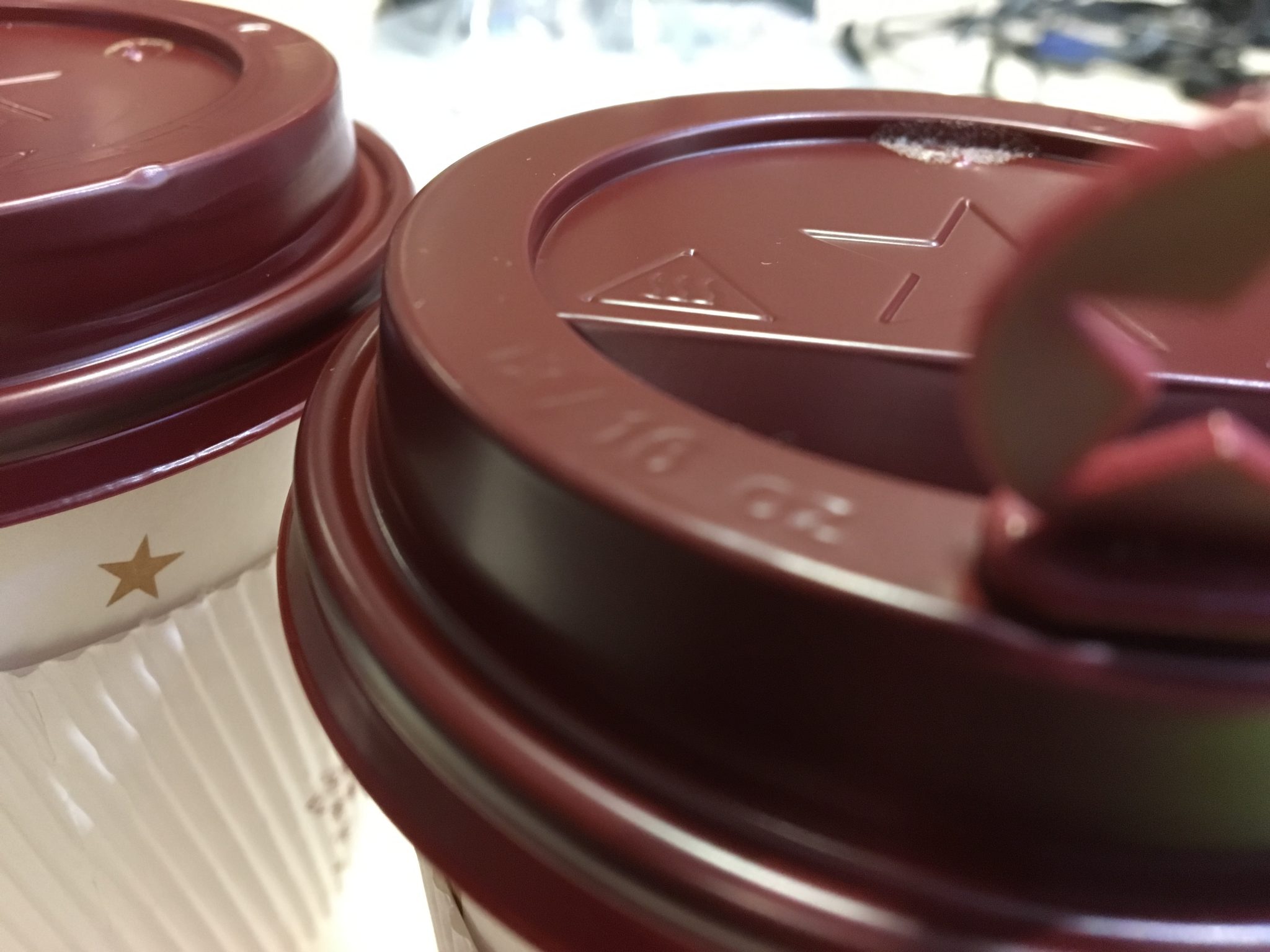 This was the result of a misunderstanding with an alarm clock on the only day I went to work.

I’ve decided that I’m not going to take my phone or tablet into the bedroom as I waste far too much time on social media just before and just after I’ve been asleep. It’s pointless, there’s nothing to be gained by messing about on the internet when the time would be better spent sleeping or leaping into the day.

Instead, I got an alarm clock for Christmas. It’s a clever one that goes under your pillow and shooggles you awake rather than yelling in your ear. (Or more importantly the ear of your significant other.) Fantastic.

Only sleep wouldn’t come. (Once again, I’m 50 and sleep isn’t such a certainty as it was, say, 10 years ago.) I decided to cancel my early morning run and have a lie in. This involved changing the alarm time, in the dark, on a new clock. Here’s what I learned – all the buttons beep, the light doesn’t stay on long enough to allow you to know which beeping button to push, so you need to keep beeping or put the bedside light on, decide which will disturb your spouse the least, go for a wee, get back into bed, realise that you’re never getting back to sleep, remove batteries from new alarm clock, get up.

That’s why it was a two-coffee day in the office.

On the bright side, that’s twice as many of those plastic sticks that bung the holes in the coffee mug lids. Pret, I love these about you almost as much as I love your 99p filter coffee with hot milk.

Something else to read?

Why does New Year make me cry?

A question of timing

◄ Christmas: How to cope when it isn’t your turn to have the kids
New year new snooze: Is smart sleeping even a thing and is it worth thinking about? ►