You are here: Home / boys / The Great City Swap – monkeying around in Edinburgh 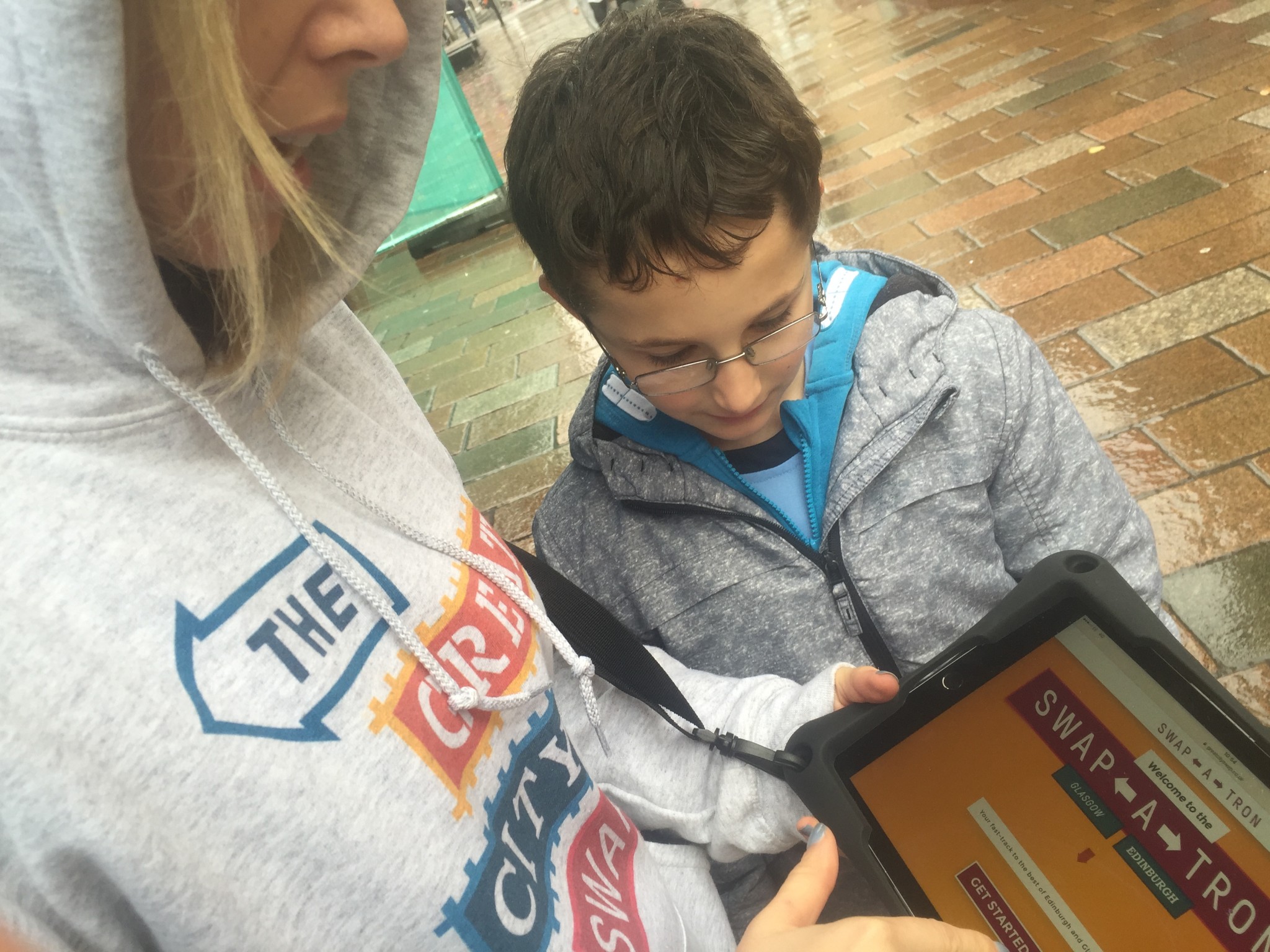 It’s a refrain nearly as common as “muuuum, where is my….?” and it’s one that’s often harder to find an answer to. It’s this old chestnut: What are we going to do today?

It’s particularly challenging in the Palace of Bundance because apart there are so few activities we all agree are fun.

It also feels that we’ve done nearly all the things there are to do within easy reach. Glasgow is well served with fun stuff, there’s the Glasgow Tower, the Science Centre, the museums and a load of other things. But, sometimes, it feels like we’d like something fresh to inspire us.

Fresh inspiration has arrived in the form of the Great City Swap.

This is a brilliant idea set up by ScotRail. It’s about getting the folk of one city to visit the other and show them how simple (and relatively cheap) it is to do so.

Boy Three and I decided to try it out. He’d already declared that he wanted to visit the zoo because penguins are his very favourite things in the whole world. 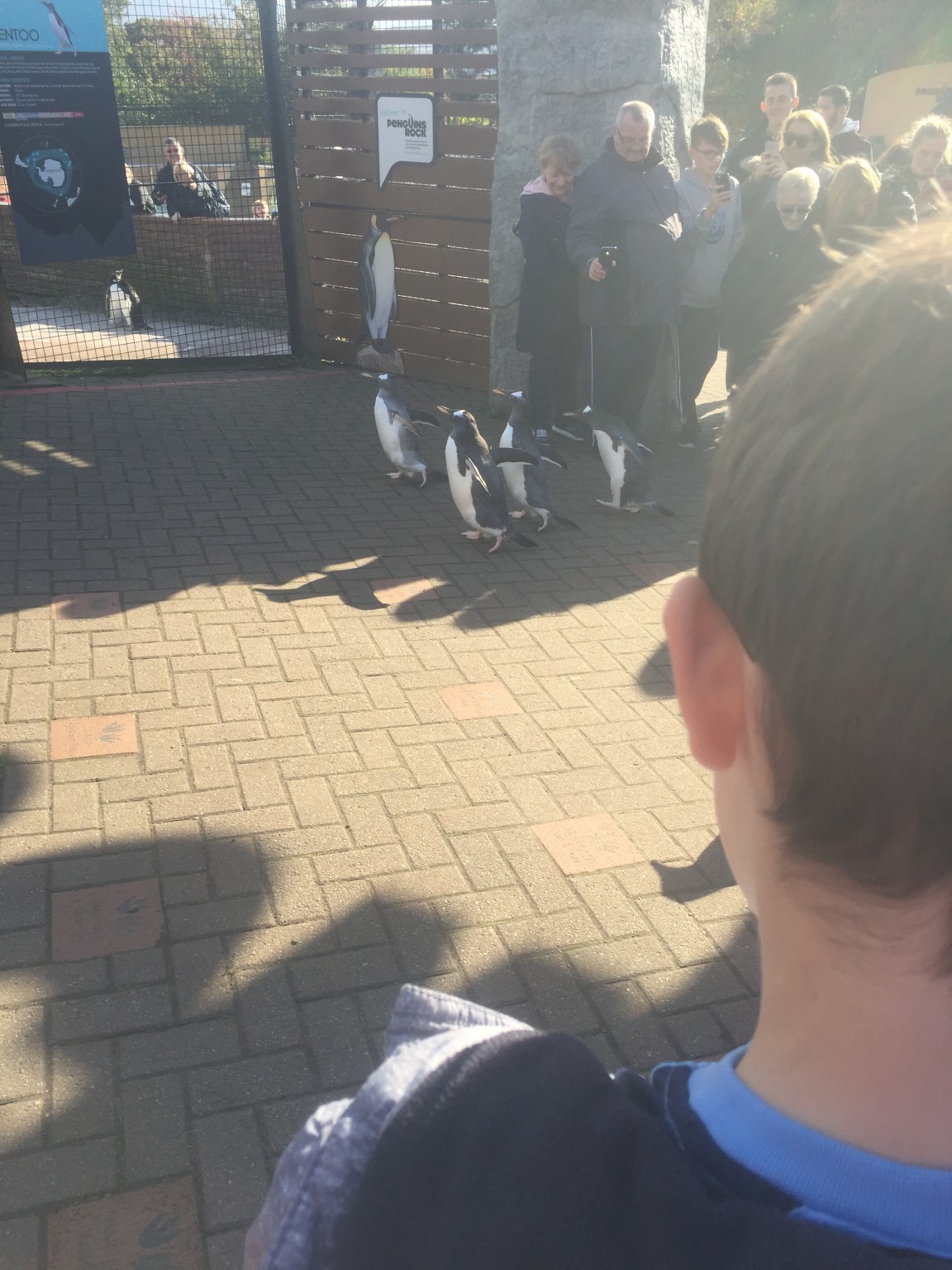 However, when we visited the Swap-a-tron (top of Buchanan Street, Glasgow) we found ourselves bedazzled by the range of things on offer for our day trip.

There was Billy Elliot at the theatre, storytelling events, fudge making and fire festivals. Lots of stuff, I didn’t know about and we’d really like to do. The Fudge House, for example. Who knew?

There are also the old favourites of Holyrood, the museum and the castle. Plus there’s Dynamic Earth, the Camera Obscura and any number of other attractions. 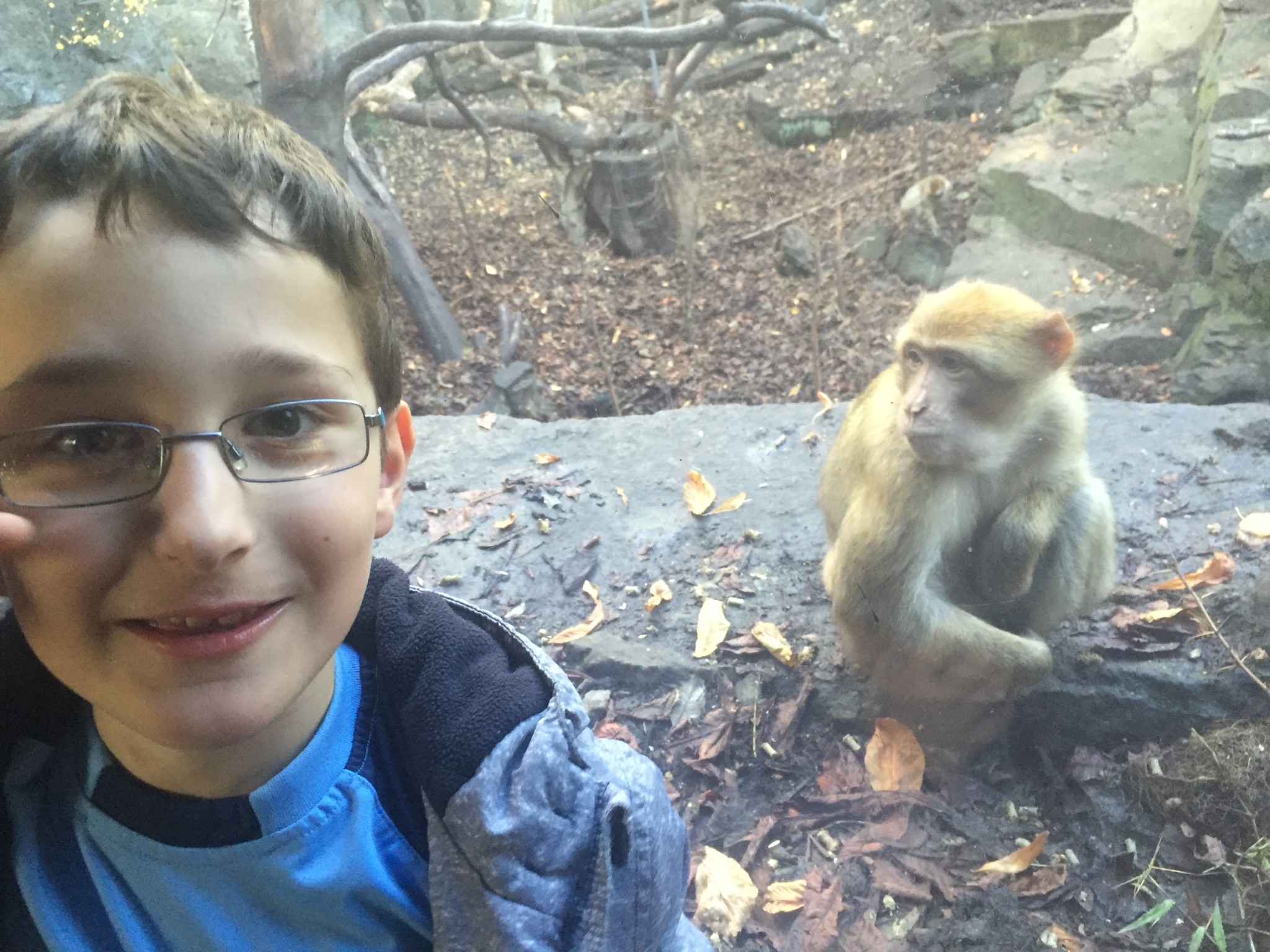 In the event, the penguins won but only by a nose.

And, speaking of noses, we also loved the giant anteater, the warthogs, the cartwheeling monkeys, the flamingos and the pelican.

Travelling off-peak to Edinburgh isn’t as pricey as you’d think – around £12 for the two of us with a Kids Go Free ticket. This also means that we only needed one adult ticket for the zoo. 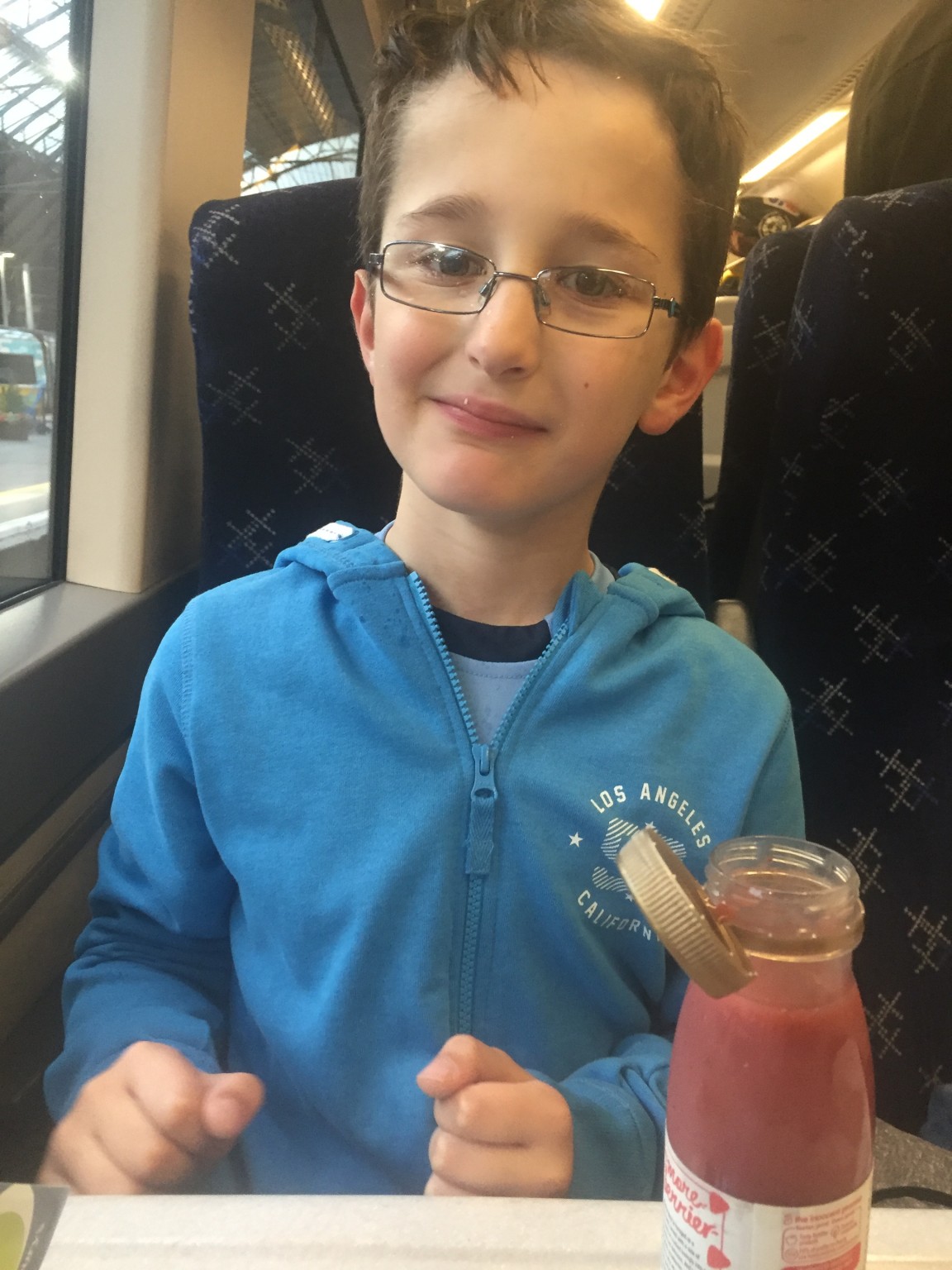 We used our train journey to have a picnic lunch which saved us a bit more money and passed the time nicely.

Be inspired to visit Edinburgh (or Glasgow if you’re already in the Capital) by what you find at the Great City Swap,.

And it’s not just attractions for kids, you’ll see concerts, nightlife, restaurants and all sorts of other things. Plus many of them offer city swappers discounts, so you’ll save money too. 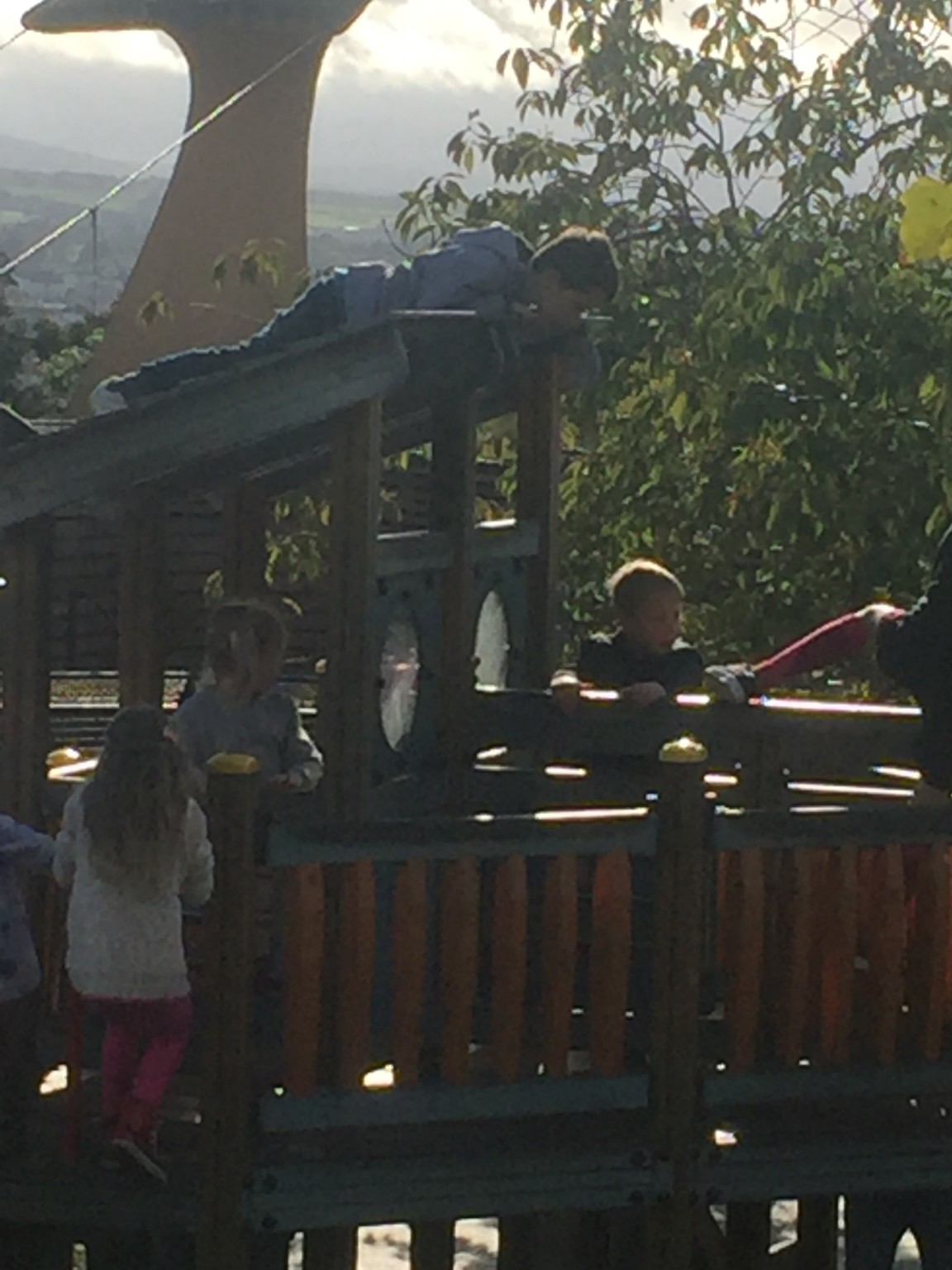