It’s such a cliche, isn’t it? Starting a blog post with some sort of self-flagellation about being a second-rate blogger. Ho hum. So I won’t bother with that.

Thing is though, I had no idea so much time had slithered away. Sure, I knew it had been a week or so, but not a month. A month without a blog post or even a photo. Did anyone notice? Nope, didn’t think so. However, as I can’t call myself a blogger unless I blog, you’re stuck with some photos and a bit of waffle about some things I vaguely remember doing.

There was a Mother’s Day a wee while ago.

Excellent show from the chaps, this year.

In fact, Boy One turned up in person to deliver his HMD message, which was lovely. 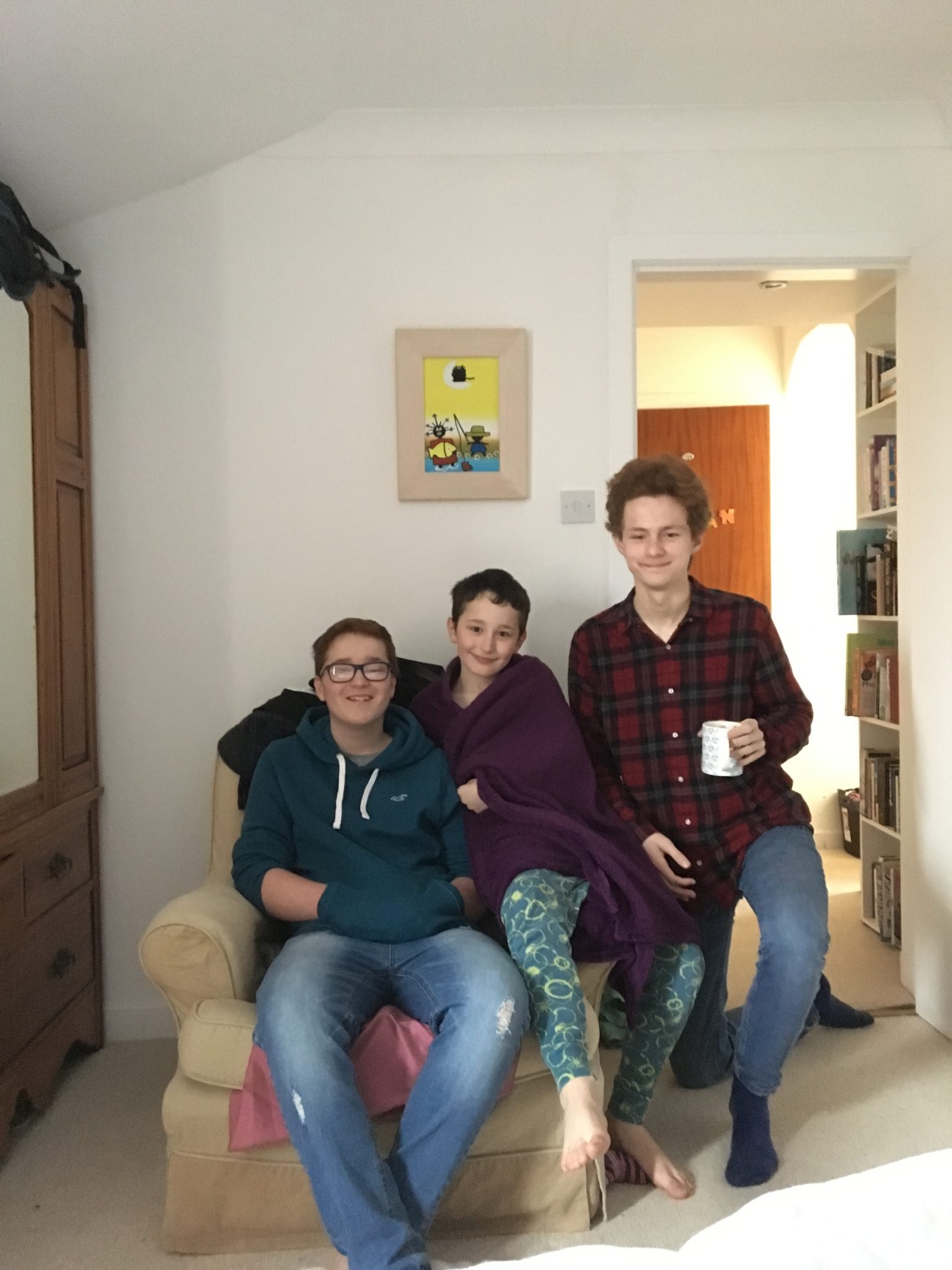 Look at them all. So proud. So very proud. 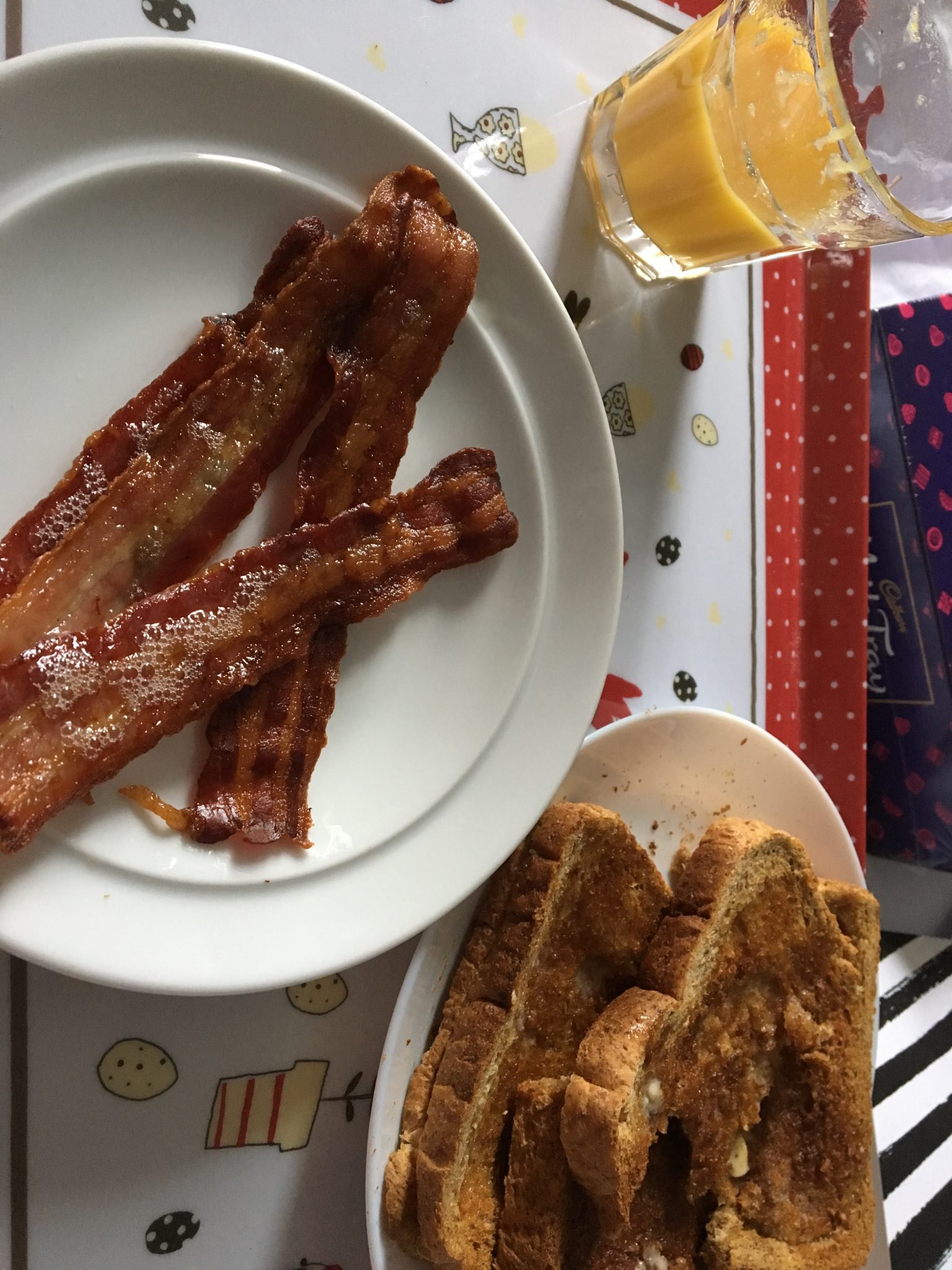 Better still, it turns out that they can cook a decent rasher of bacon (in the oven not grilled for max crispiness). In many ways, my work here is done. 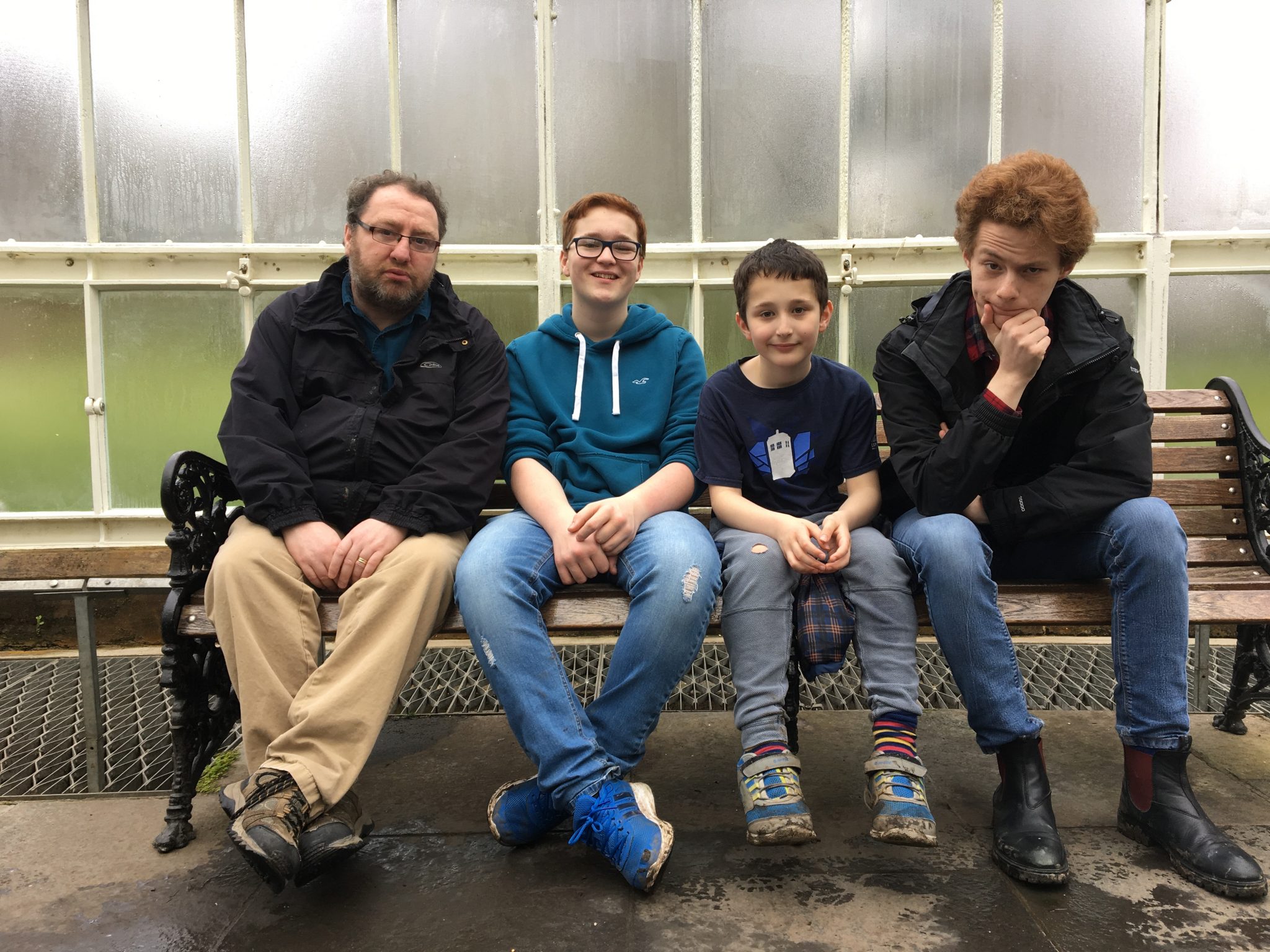 And because it was my day when I suggested a jaunt around the Botanics in Glasgow, they couldn’t argue. 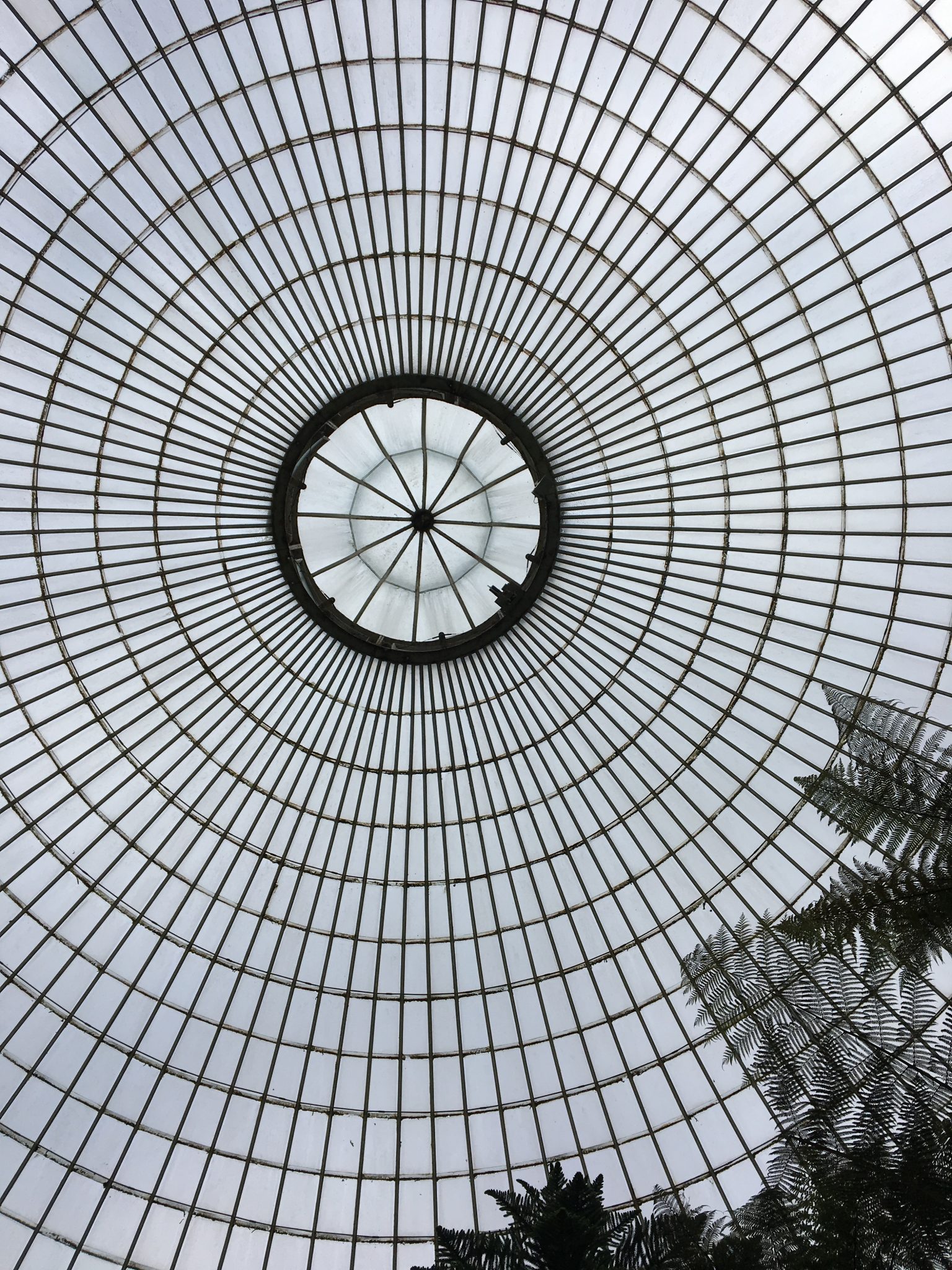 After I’d tested their patience to the limit, we left the Kibble Palace and went to Five Guys for lunch, not least because it’s one of the few places where I think the chips are worth eating and I don’t care what the Panther of News says about it.

I was going to tell you about the mini yoga retreat with the lovely Janis, but you probably don’t care. I wouldn’t. I mean yoga’s nice – more than nice – but it’s very hard to say anything about bending down in sync with lots of other people in the same room without sounding, well, a bit of a hippy. 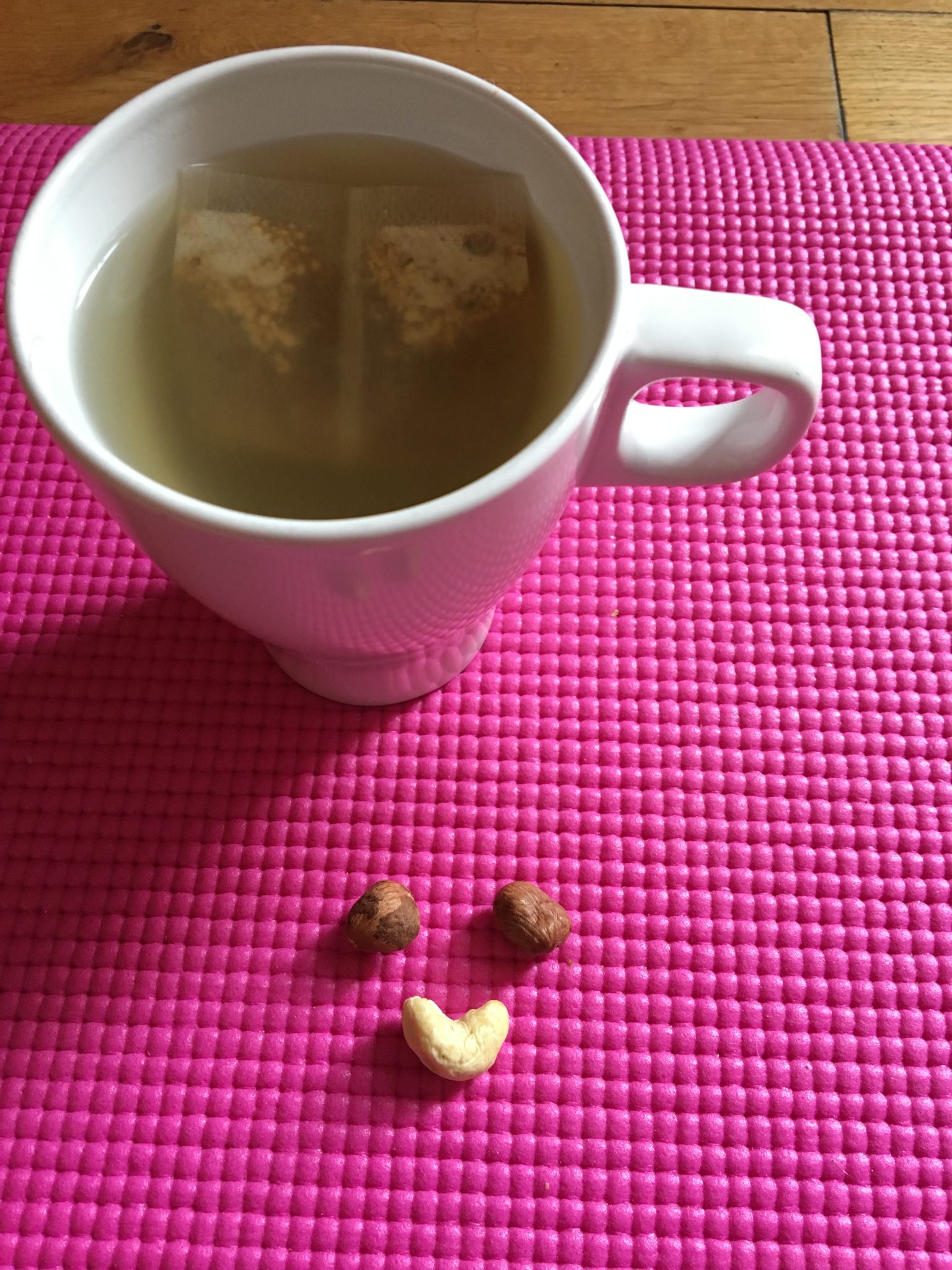 I managed a walk with Fionaoutdoors and Boy Three. She was just back from her most excellent holiday and somewhat impromptu wedding. The planning had taken no small amount of research and plotting – both of which she is excellent at. Congrats to Fi and Gordie – I’m looking forward to the party. 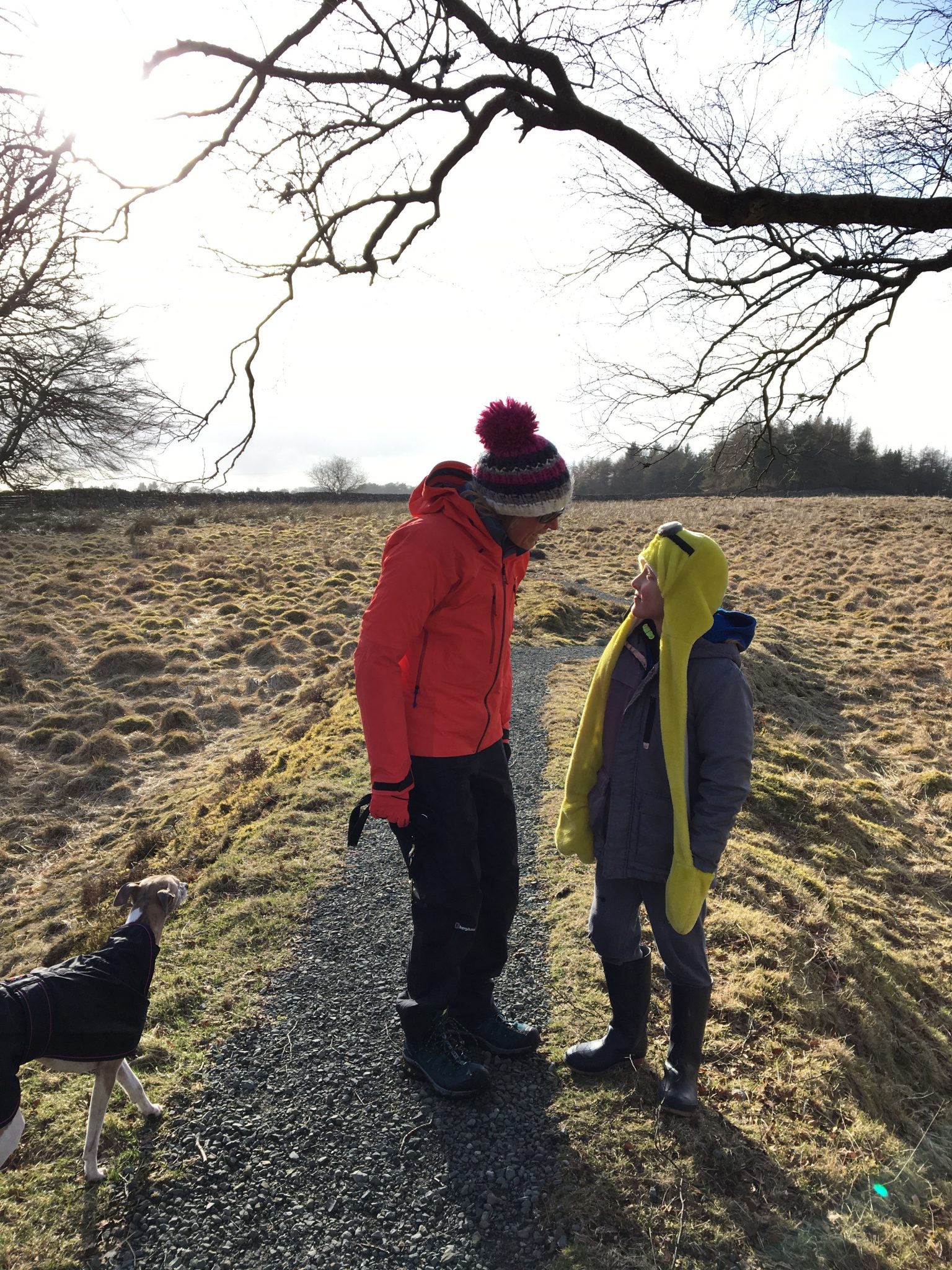 The great fire of Glasgow – Victoria’s nightclub burned down last month. Biggest fire ever, apparently, according to people who should know. I was moved to climb to the top of the tower at The Lighthouse, to watch the blaze. That’s me unable to fulfil my life’s ambition of going to Vicky’s – oh, wait a minute, I never went and didn’t want to either, but lots of people did. 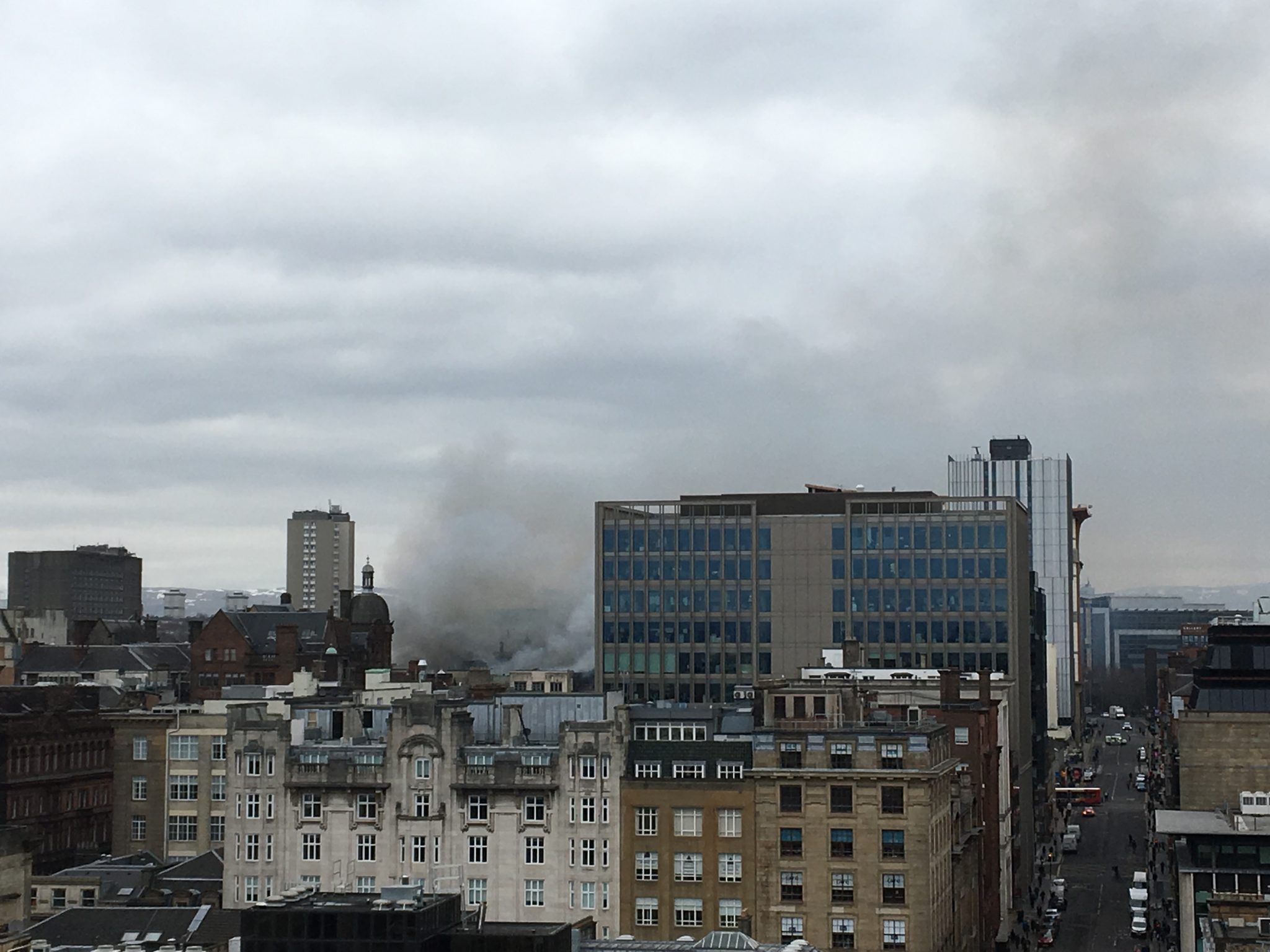 Another cracking Easter weekend. A full turn-out of Boys and I headed for Penrith to eat chocolate and marvel at the crowds of tourists in the Lake District. 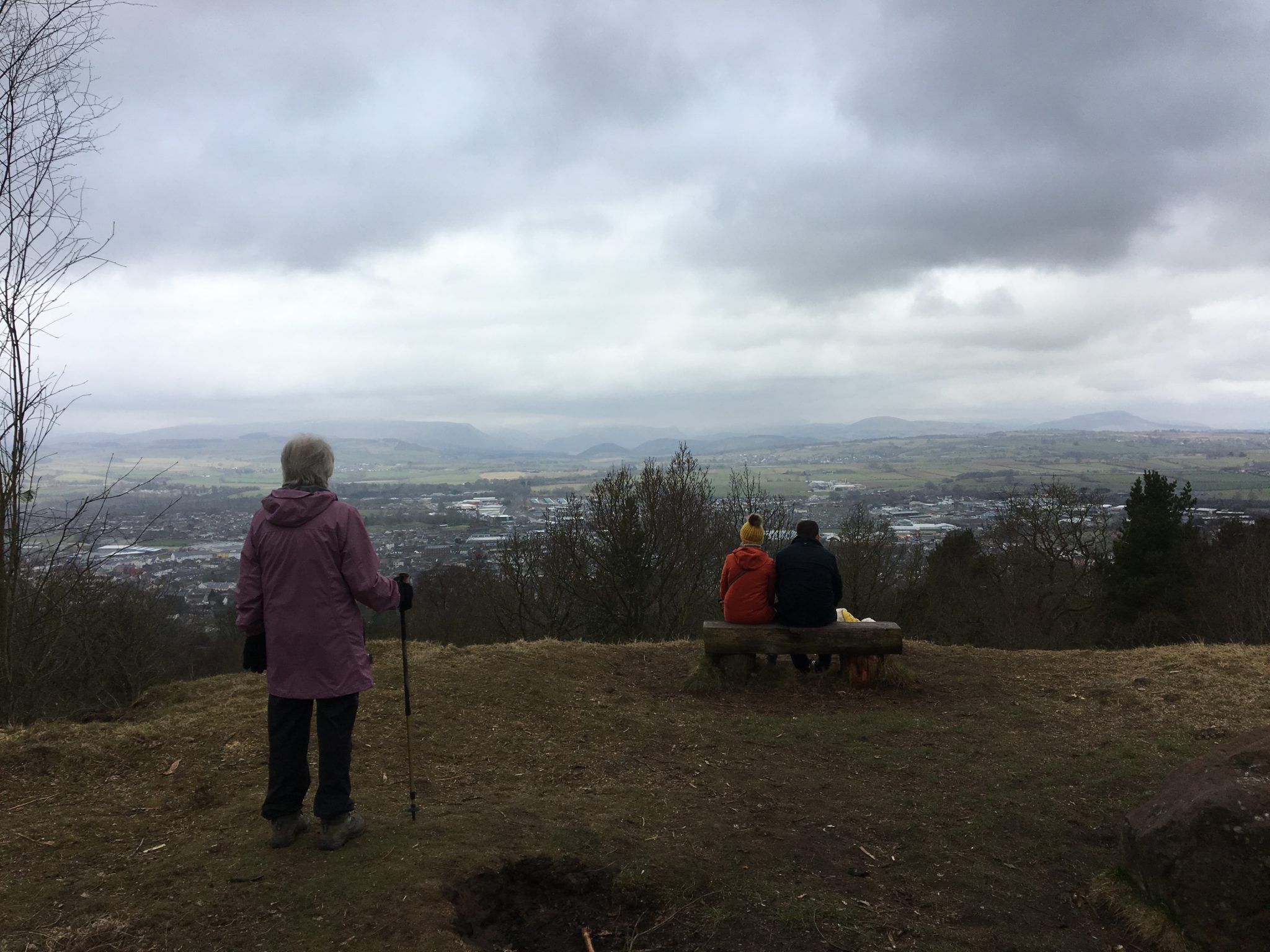 Delighted with the new old view from Penrith Beacon. The trees have been chopped down and now you can see for miles and miles, Moody Blues style. 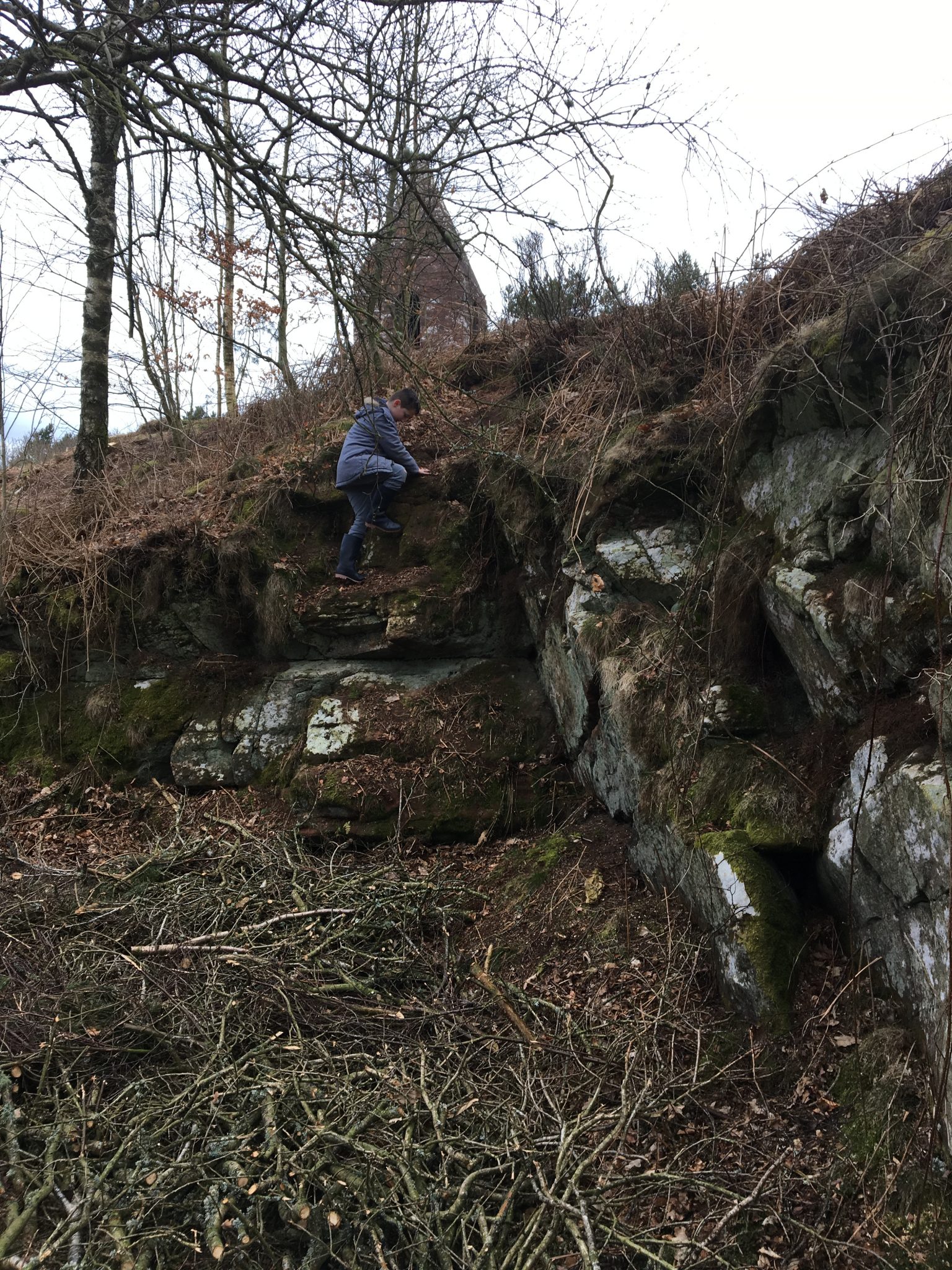 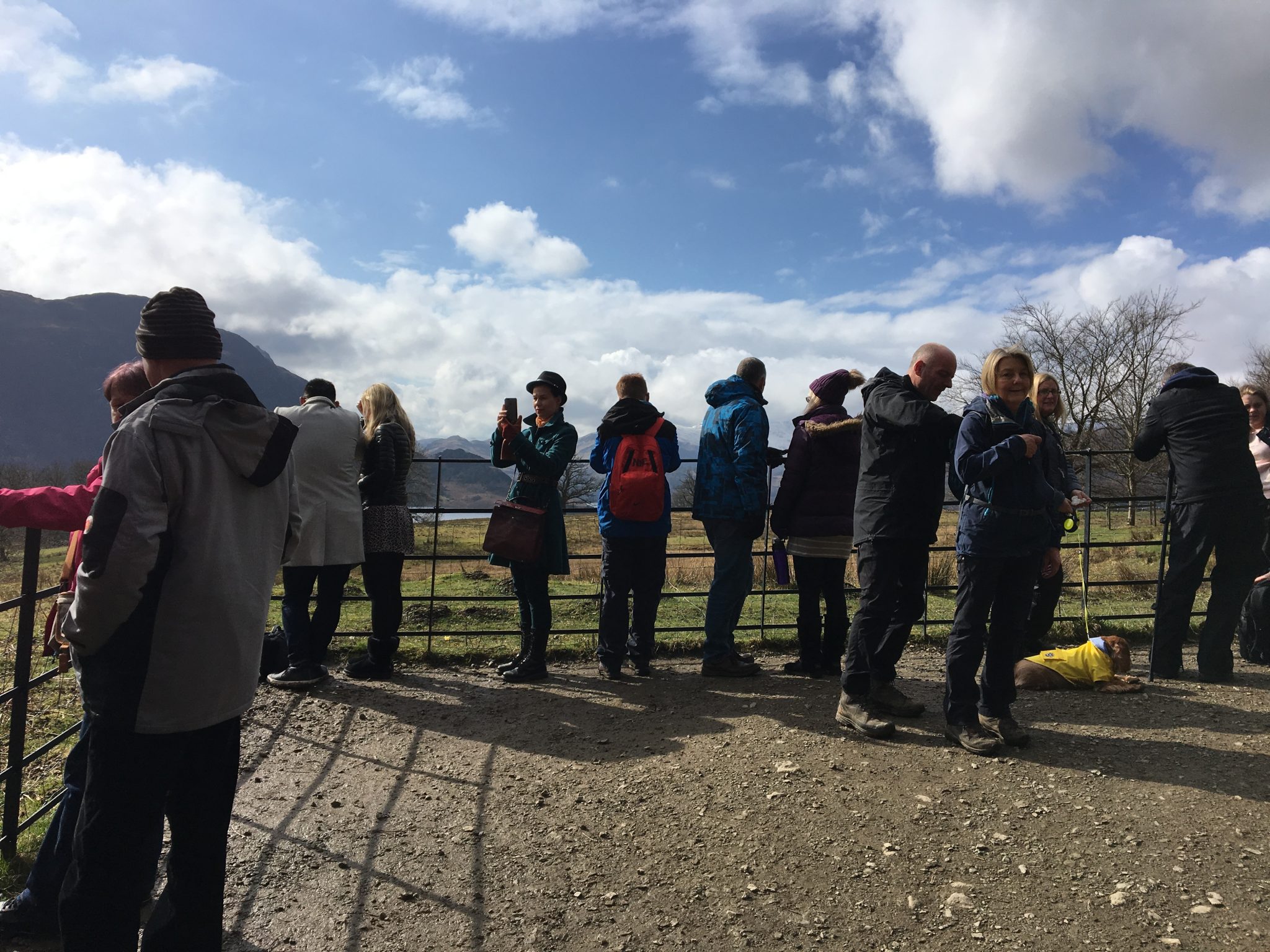 I wandered lonely as a … 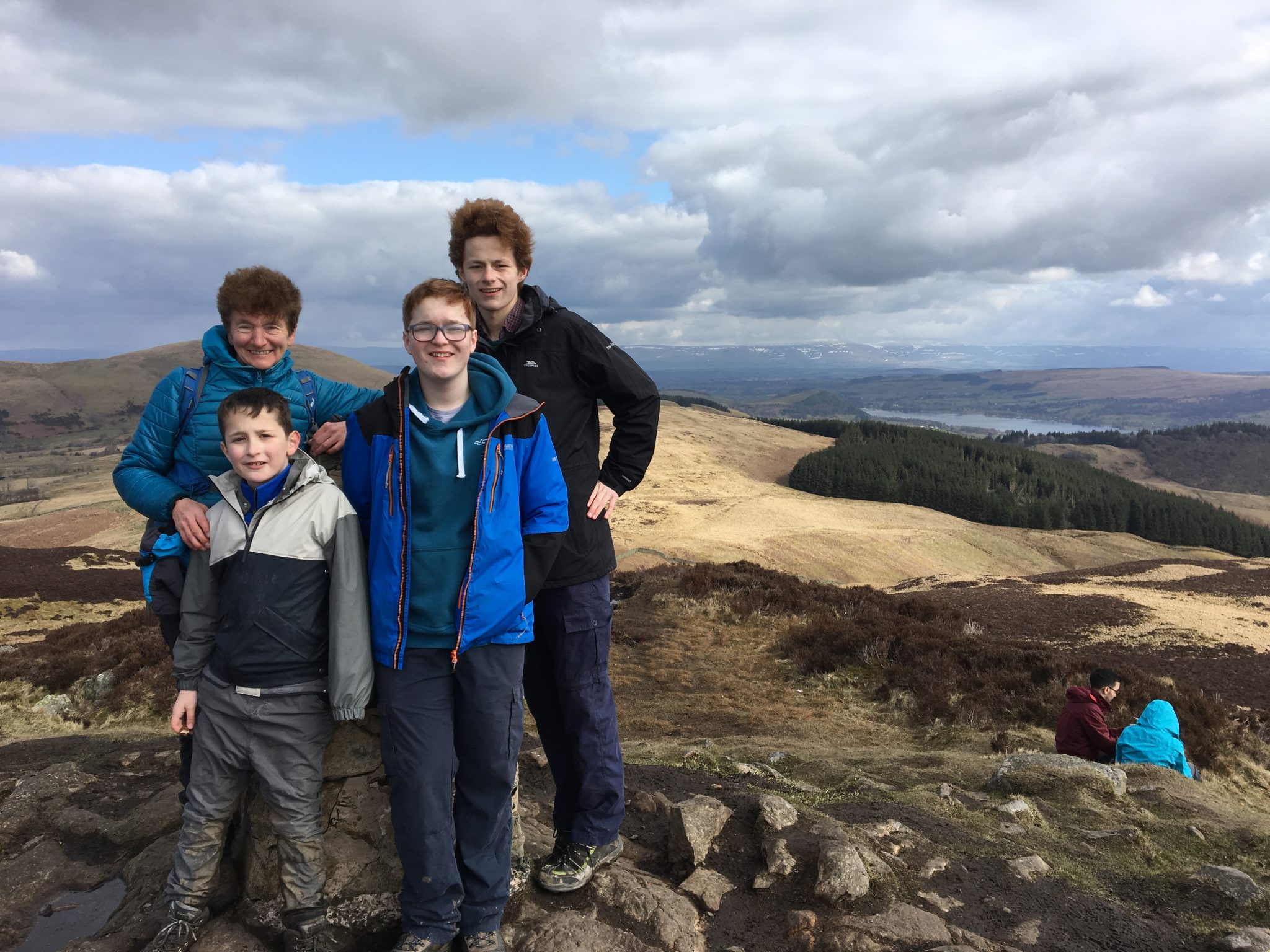 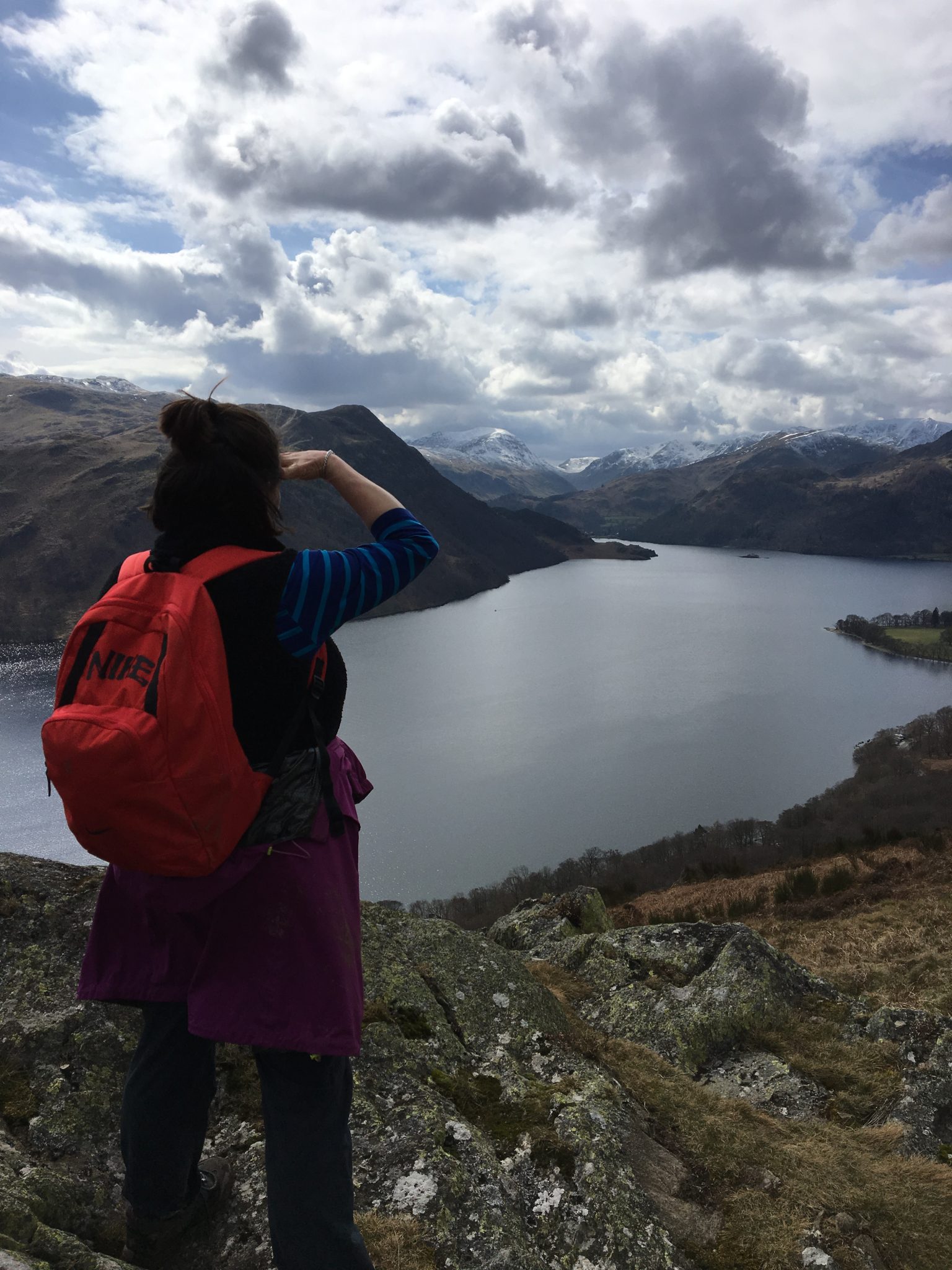 And there we are, all caught up.
The only other thing on our minds has been Super Sister’s surgery. It went as well as these things are supposed to go and she’s back home now and we have our fingers crossed. Meantime, look out for the signs of bowel cancer and go to the doctor if you get any of them.