You are here: Home / review / Sanity for parents for the summer holidays

I can literally hear the rejoice of every parent at the mention of the summer holidays. Six whole weeks with the little loves – how amazing right? Ahem, okay so maybe some of us aren’t jumping for joy at the idea of the soon to be six weeks of havoc every day. For some, it’s time to start planning activities for the children, days out, bribes to use on which severity level, and also it’s time to start practising the stern parent voice more often. If you’re dreading the summer holidays, take a look at these sanity savers. 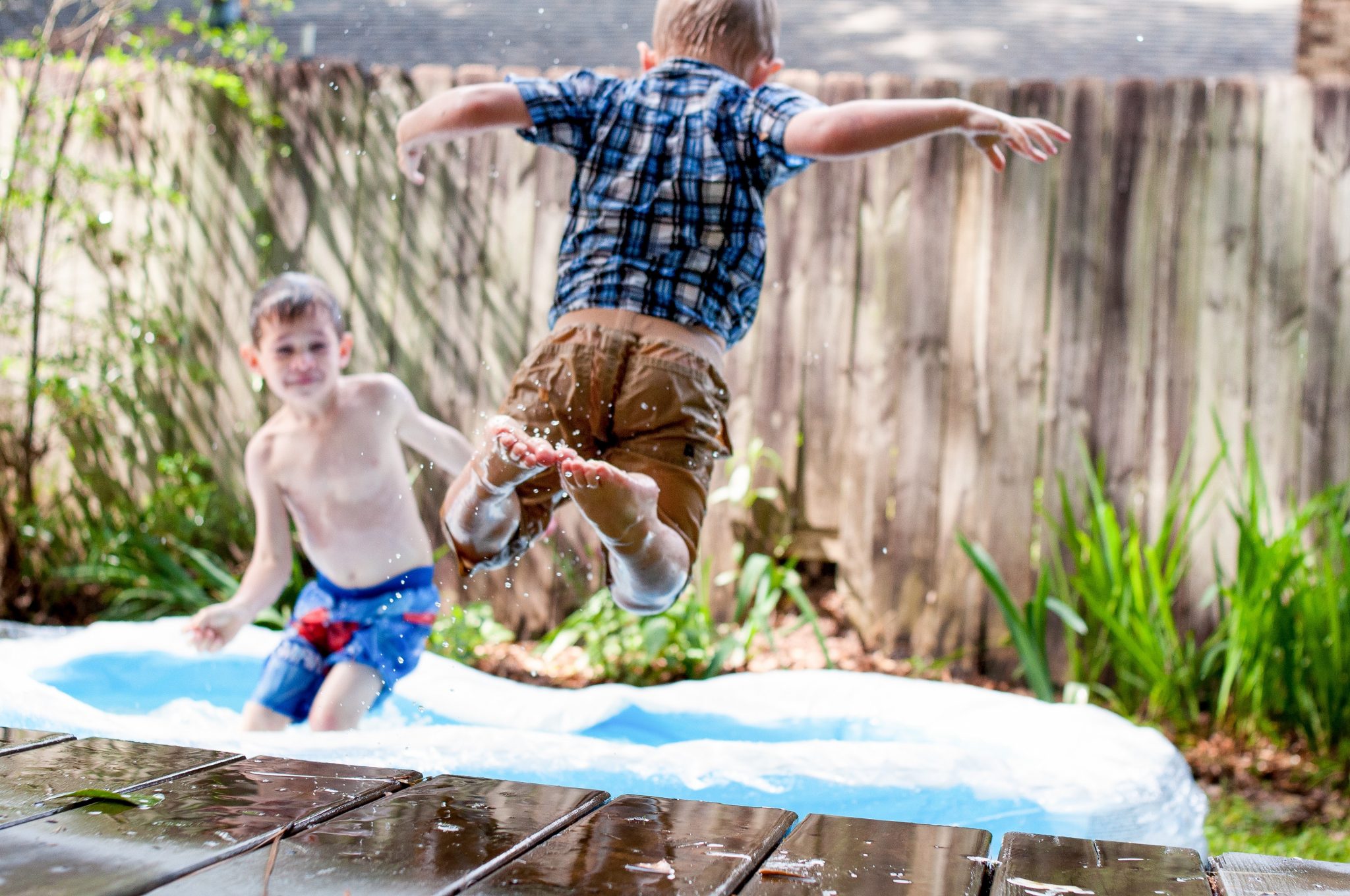 Use the garden to its full extent

If you’re in the UK, you’ll be melting – it’s a heatwave, and according to weather reports, we can expect a summer full of this delight. (We might actually get used to leaving our coats at home.) Use your garden to its full extent so that your children get the chance to run off all of their built up energy and give you five minutes for a coffee (ha!).

You can buy cheap paddling pools from most home stores that are super simple to assemble and fill. They provide hours of fun and keep everyone cool in the summer heat. Why not pair the paddling pool with some super soakers so that everyone can join in and have a water fight? Join in with the kids too for some refreshing family time.

Sometimes, however, we won’t be able to count on the weather. For those times you’re going to need an alternative to keep the children occupied. If you’ve got a spare room or even a spare corner of your house that you’re able to transform into a kid-friendly space then it’s definitely recommended. Lie down some super cushiony floor tiles and pack their toys into their dedicated space. Not only will they be able to play without risk of becoming hurt, but it gives you the chance to get on with chores or sneaking in that much-needed coffee that you’ve not managed to have yet.

The great thing about spaces made just for kids is that they will plan with each other to have a sleepover in that space – so why not let them? It adds some excitement to their holidays and let’s face it if they’re getting on why are you even questioning it? You can get some cheap blockout curtains so that the children aren’t kept awake with the lighter evenings too. One of the best parts of having a space for the kids is that the rest of your home will remain tidy too. Well, that is at least until they invade it later on!

Make an activity calendar with the children

One thing that kids love is having routine, whether they know it or not. Children react well when they know what’s happening, and when it’s happening. It’s very unlikely that you’ll be able to plan something for every single day of the summer holidays, but you could make an activity calendar with the kids so that they can see the nice things they’ve got to look forward to on the calendar. Perhaps you’re going on holiday, they will be able to cross days off as they pass and generate excitement in their minds. Allow them to mark birthdays and special occasions that they want to add too so that it’s something they can use daily. You could even add a rewards chart to *try* to keep up good behaviour.

Make a pact with other parent pals

It’s very likely that you and your other parent friends are feeling the same way about having the children home for six whole weeks, so why not support each other and arrange to watch each other’s children so that you can take some much needed me time? Plus, getting the children together with their friends will keep them occupied and possibly give you and your friends some time for a much-needed catch-up.

If you’re thinking about arranging days out with the children, then it might be a good idea to stick to very cheap or free days out. Six weeks is a very long time and could turn out to be very expensive if you’re forking out for lots of days out. Most of the best days out are cheap or free too like nature walks, museums, swimming, the library, or even a day trip to the beach. Save your sanity and your wallet and you’ll totally be winning at this parenting thing.

Give the children a camera each

A quaint but rather clever idea is to give your children a disposable camera each at the start of the holidays and ask them to take photos of their favourite moments and objects over the coming six weeks. Towards the end of the summer holidays, you could all sit down together and put together a scrapbook of the amazing six weeks they’ve spent with you at home or wherever you’ve been. It’s a fabulous way of them being able to show you an insight to their likes and dislikes too and in general, it’s a great way of spending some time together before heading back to school.

Set challenges at the start of the holidays

Kids moan, kids fight, and kids grumble, but this is usually stemmed from boredom. Why not set your children challenges at the start of the holidays with the promise of a reward at the end? Things, like making their beds every day, or helping you with household chores, are perfect examples of how to keep the children occupied and away from the temptation of playing up.

Hopefully ,these tips will help you survive the up and coming summer holidays. Remember that even though it might seem like a long time to listen to the children bickering, they’re only small once. Enjoy the holidays.