You are here: Home / blogging / This week’s edition of the things I’ve learned

Urgh. Sunday and I feel like my head is full of mince. Not a hangover, before you ask. No. Just, you know, stuff of little consequence. And a shed-load of things I should be doing – frexample, lining up a new contract, finishing my portfolio (just having a plan isn’t good enough apparently), and unfucking (technical term) the house.

Instead, I’ve decided to do a bit of an old-school blog post. One of those where I take tangles of thought and tip them out to see what happens. I’m hoping for underwear-drawer syndrome where you haul out a bunch of pants, put them in folded piles before returning them to the place they started and, somehow, the result is you feel all in control of your life, hear me roar.

You should get good travel insurance. Holiday season and we’re off in a little over a week. Plenty of my pals are in, or have just returned from, exotic places. Lovely stuff. Except that one friend’s husband has had a heart attack (stents in and still recovering in foreign hosp), another’s daughter got poorly and needed an op (also recovering in a different foreign hosp) while another friend is recently involved in a vehicular accident which requires the legal expertise of an attorney for car accidents to claim the needed compensation.  Frightening things to happen anywhere but especially somewhere strange. Mercifully all will be home safe with a bit of luck. Kind of metaphorically, though, if you start to worry about this stuff you’d never go anywhere and how dull would that be. Instead, I’ve bought what looks to be excellent travel insurance and will crack on with as much gusto as I can muster. Along with that, I got auto insurance quotes from https://www.zecoverage.com/saturn-insurance.

And then you should just crack on… A woman I didn’t know very well but admired and was a fellow member of the old-school bloggers club died this week. Kate Sutton was beautiful and bold. She didn’t faff around worrying about the wrinkles. Nope, she cracked on. Anyhow, she died suddenly and as if her heartbroken sons didn’t have enough to cope with, they need to pay for her funeral. There’s been a #bemorewitwitwoo hashtag on the go too. What are you waiting for, crack on… 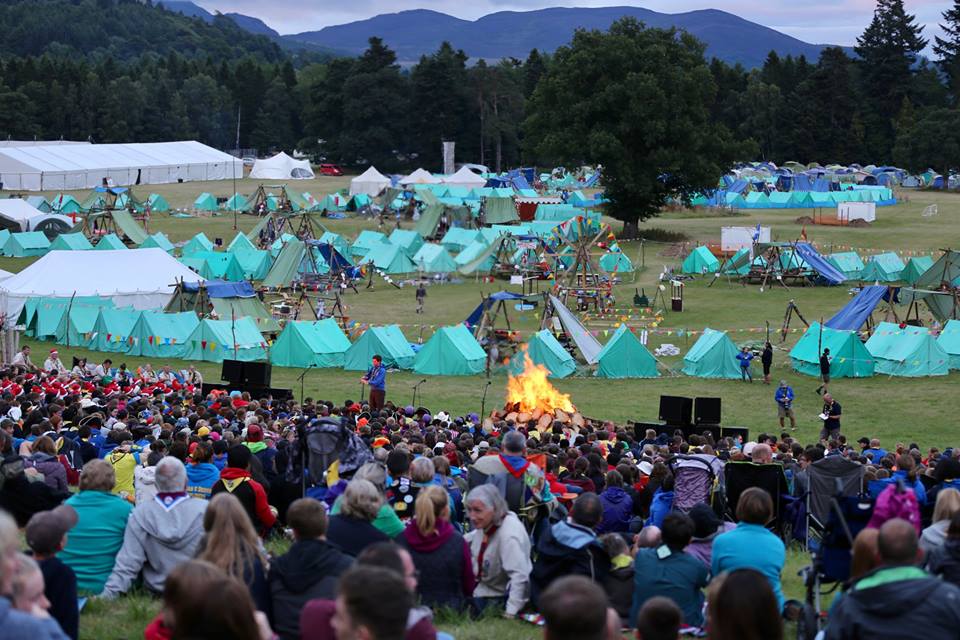 It’s possible to envy a teenager. Boy Two is at the 2018 Blair Atholl Jamborette this week and we visited yesterday. What a fantastic event and one of the few times I have ever wished to trade places with a 16 year old. 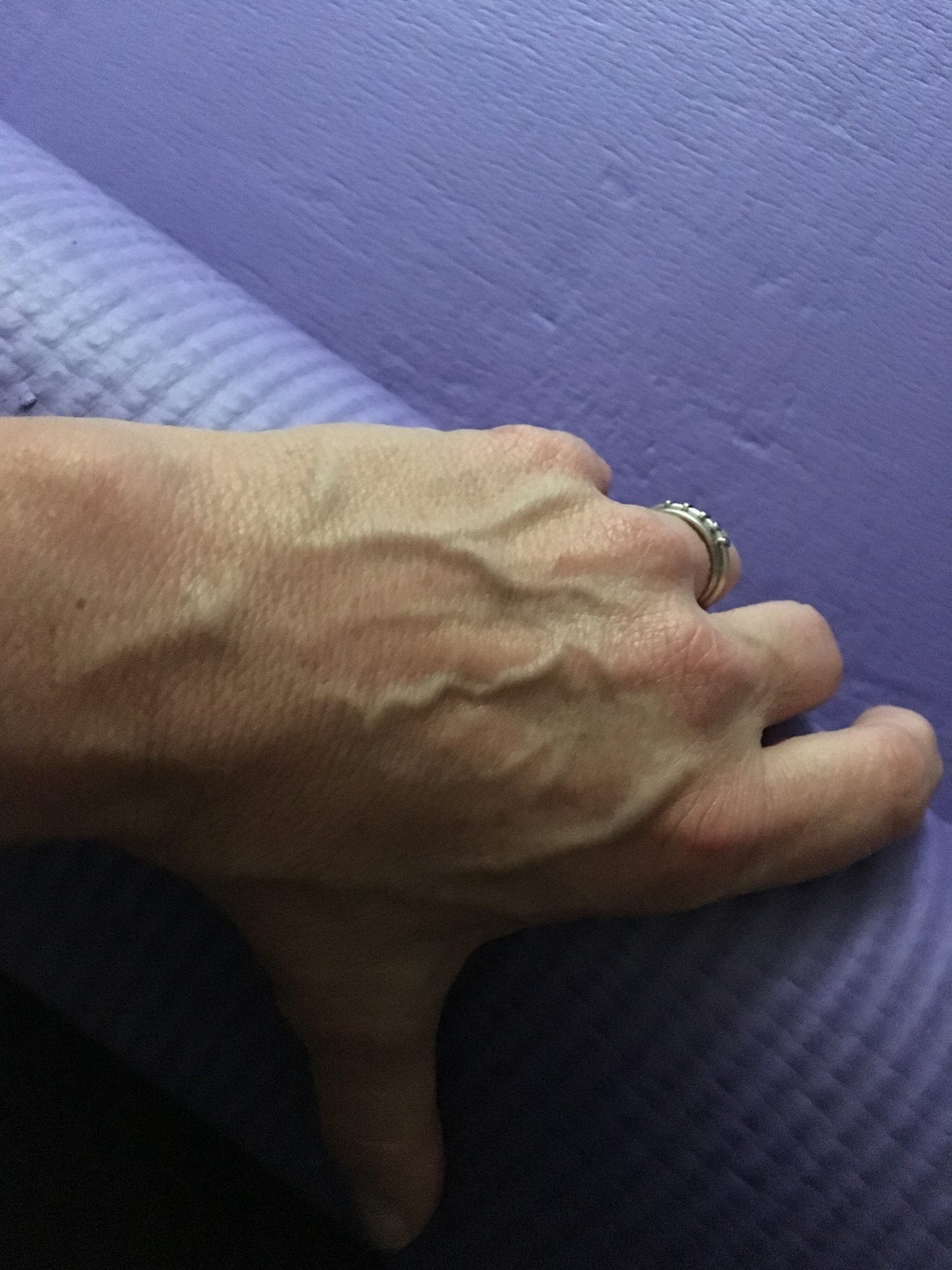 I have something in common with Madonna. A wee bit of yoga and then I caught sight of my hands. Maybe it’s not Madonna, maybe it’s Carly Simon… You’re so vein. 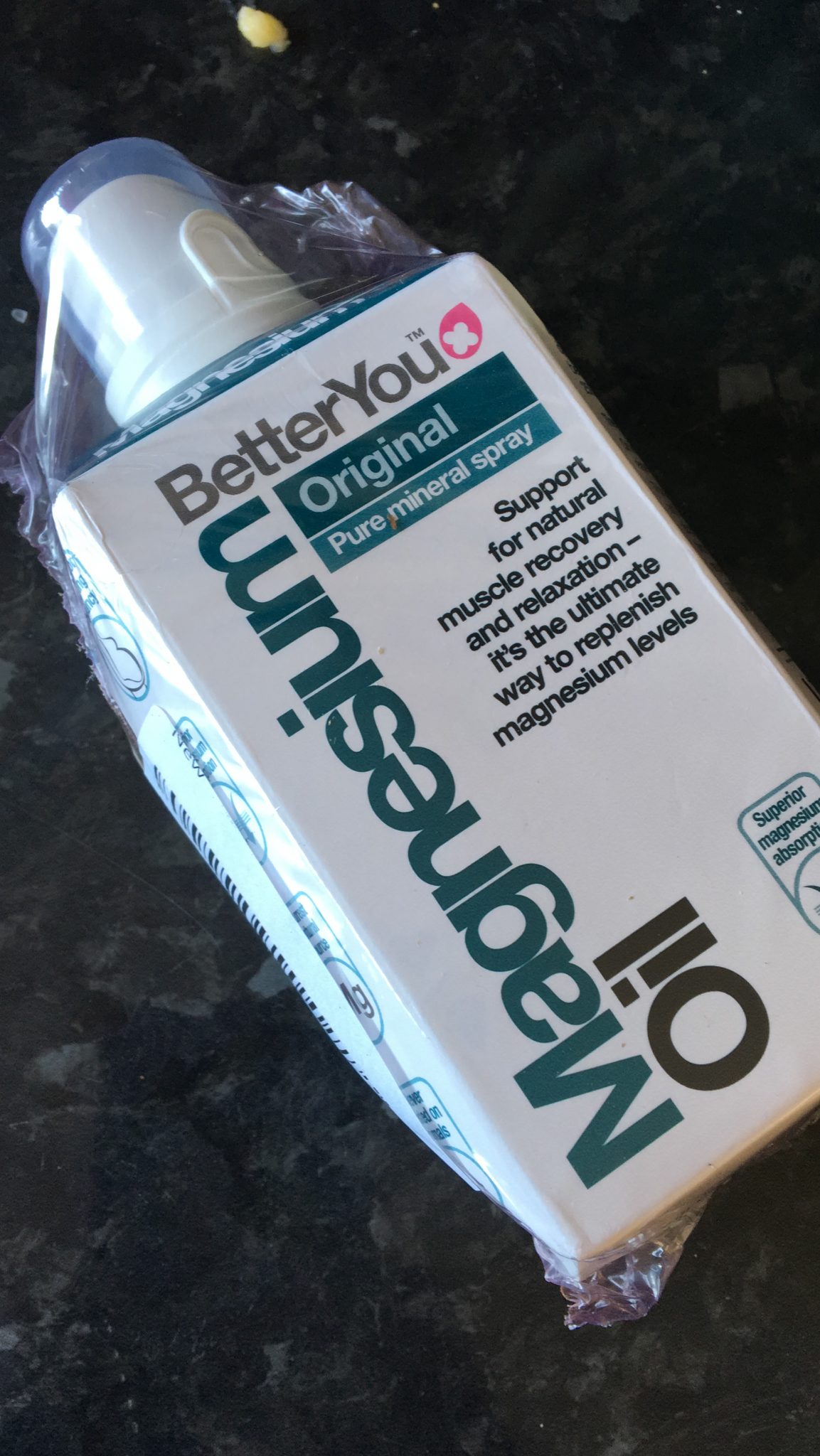 Magnesium Oil will give you peace. Latest tedious symptom of menopause or middle age is restless legs (possibly are restless legs) – boring, uncomfortable and yukky. SuperSister the Pharmacist recommended Magnesium Oil – and even sent me some. Seems to do the trick. Now, I wonder if it’ll work when it’s my head that’s restless…

If you’re not careful a blog post can sound whingy when it isn’t. This one for example, might appear to be about death, misery and envy, it’s not though. It’s about gratitude – for being alive and well and having aging hands to worry about. 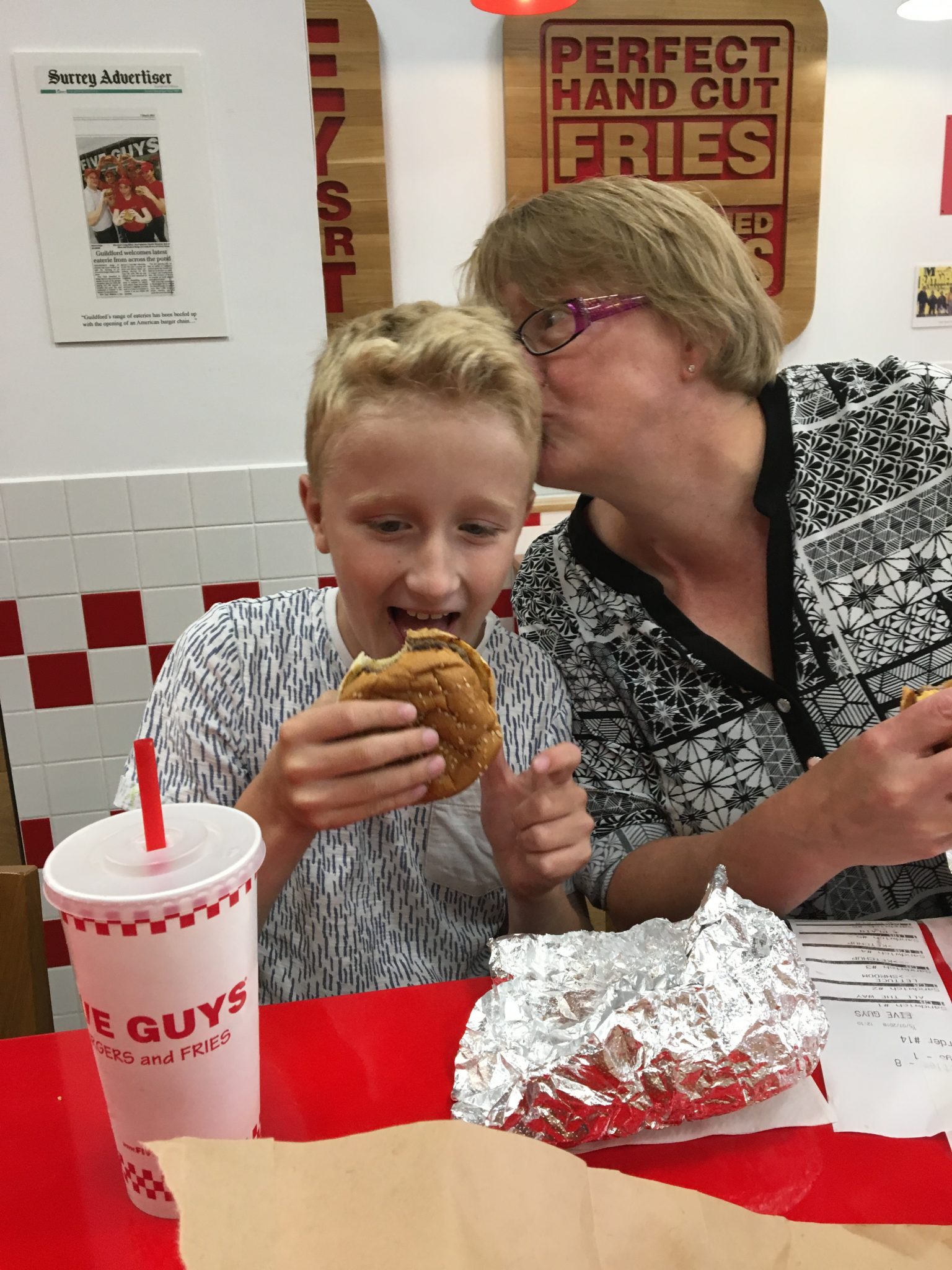 And there’s lots more to be grateful for. Including, last weekend with SuperSister and her boys just messing around, eating burgers and stuff. 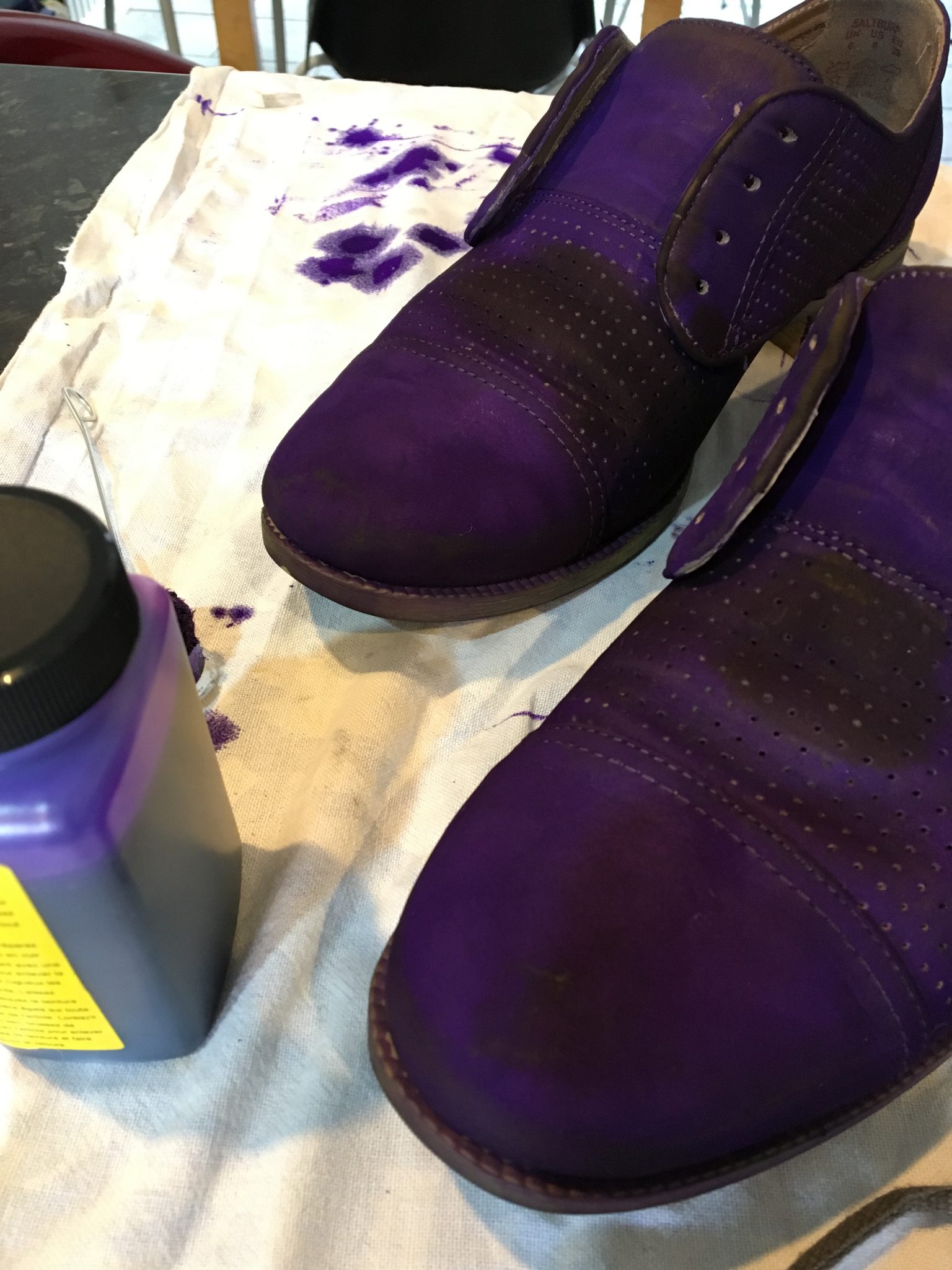 Sometimes all you need is a coat of paint. Or shoe dye, in this case. Shoes in a rather practical and grown-up shade of beige are much better purple.