You are here: Home / blogging / Hopes for Indian summer fade…

There it was, the first proper weather of the season. Storm Ali romped across the country causing considerable inconvenience. I had to change my plans and catch a bus. Heaven forfend. Boy Two abandoned his bus stop vigil when his hands went numb, and the garden is in more disarray than usual.

It wasn’t always like this though. Remember when weather was just called rain, wind or snow? And a yellow snow warning was an entirely different thing? It’s the names – I’m sure of it. Names bring special powers. If we still called it ‘leaving the EU’ perhaps we wouldn’t be faced with actually doing it. Taking a photo of yourself is nowhere near as appealing as a selfie. And if listicles were still ‘articles that are a list of points’ maybe we’d encounter fewer of them.

What would happen if we had a name for the kind of naive nostalgia beloved of bloggers?

Anyhow, you can thank Ali for interrupting this indulgence as I’ve got to go and collect the Panther from the only dark corner of Renfrewshire that Scotrail can reach tonight. 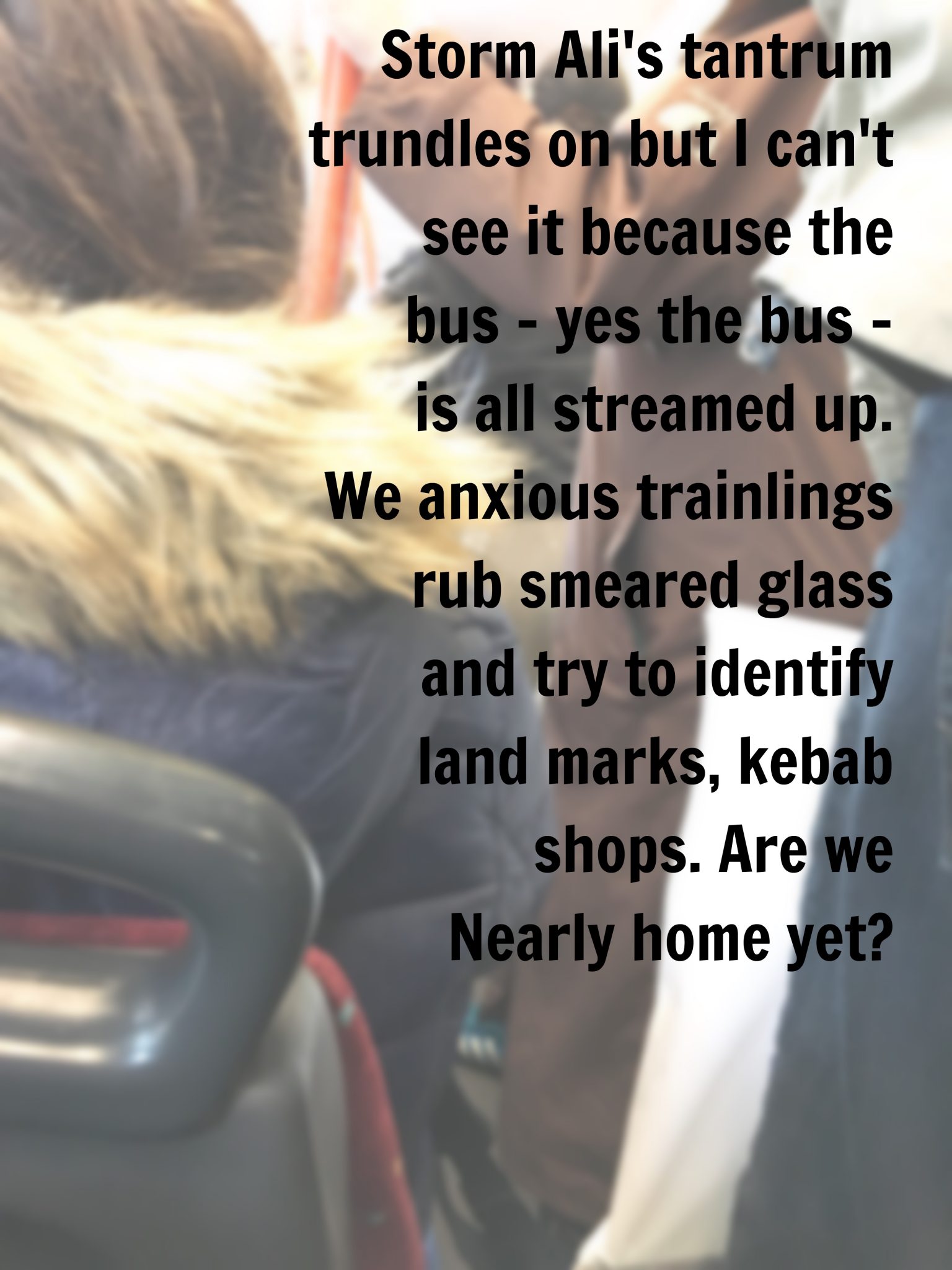 ◄ Postcards from the hedge
What did you do at the weekend? ►