You are here: Home / other things I have learned / Short story: The Third Age 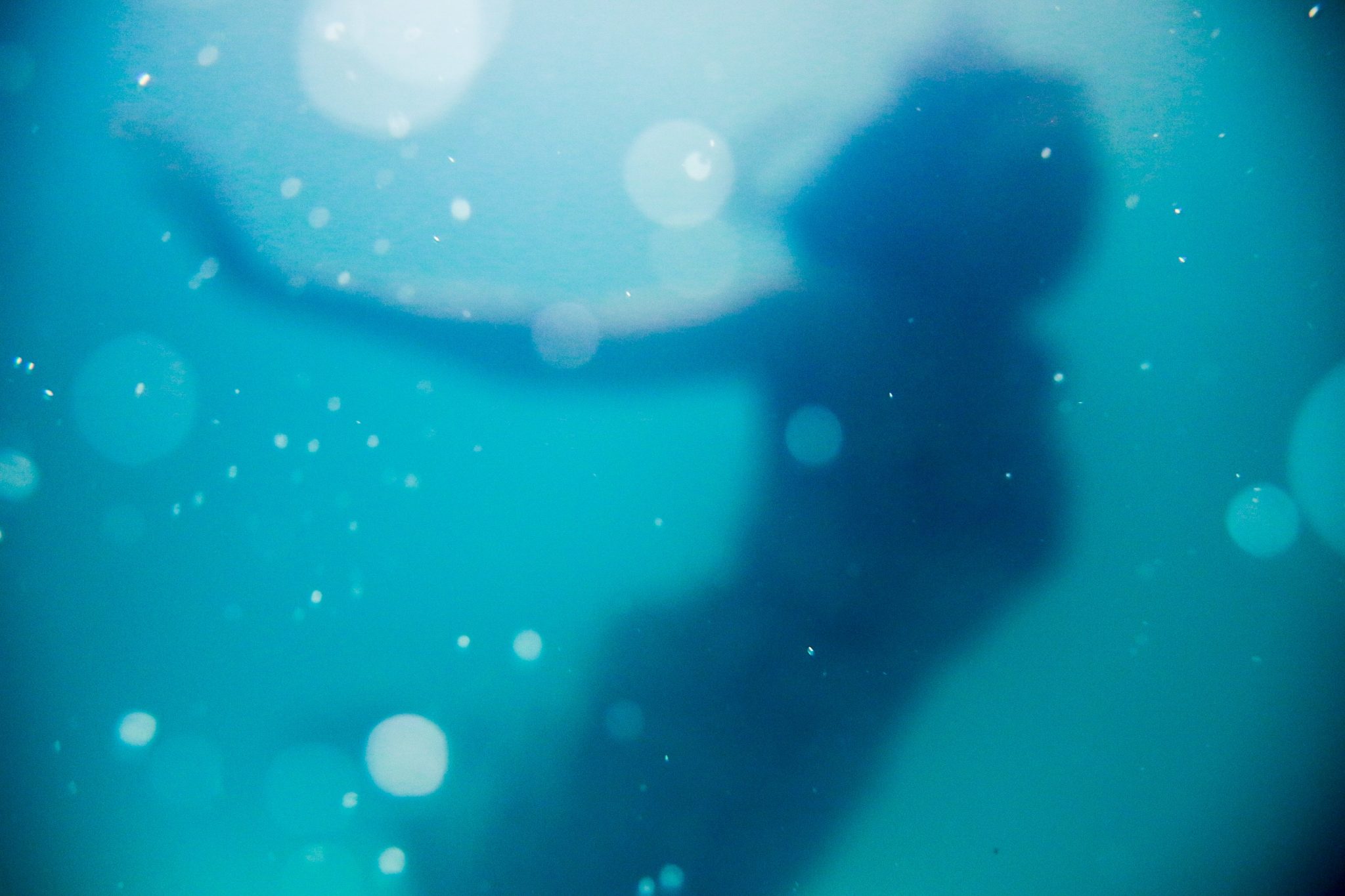 1 A critical period or event

The period in life when fertility and sexual are in decline (in women).

‘most women do not experience significant psychological problems at the climacteric’

The ripening period of certain fruits such as apples, involving increased metabolism and only possible while still on the tree.

‘ripening accompanied by a sharp rise in respiration, the so-called climacteric’

Marie is satisfied. Every detail is complete. Her climacteree will be perfect – it deserves to be. She’s been working on it long enough, dreaming of her violet and lilac robes, and imagining every perfect bit of it. The lists are ticked – well the Meno-me app has signalled that all the planning is over, items swished from a to-do list with a gratifying chime.

She’d been looking forward to it since her periods began. Before then, even. With every wearying spell of aching and bleeding, she knew she was one step closer. ‘One begun is one done’ as the saying goes. Along with millions of other women, she had opted to subscribe to one of the more expensive monthlies management services. Reading hormone levels, they sent sanitary devices on the required day every few weeks along with potions to speed up the cycles, vitamins, healthy treats and a booklet packed with advice and adverts for enticing things to do once you were climacteric.

‘Bleeding hurry up – how to squeeze your weeklies into three days’

‘Make the most of your freedom years – travel with Hag Tours’

Some of the monthlies management companies supported the controversial so-called ovum-over research into hormone therapy to bring an early end to egg production, fertility and, most importantly, an early start to menopause. In fact, the company Marie had chosen, Monthly Mavens (MMTM), owned the laboratory where they made the breakthroughs that totally eradicated the hot flushes and brain fog which had cursed previous generations of women. But the real selling point and reason for setting up the costly direct debit was that every month a sum was added to her climactopot – a fund that would pay for Auntie Flo’s farewell party, the new wardrobe and all the other things that she needed to launch this latest, and most glorious, stage of life.

Every little girl dresses up and pretends to be the star of a climacteree, surrounded by crowds of friends who welcome her to the Third Age of adventure and glamour. There would be the most fabulous party with delicious food, dancing and, of course, fantastic colourful costumes with hair dyed to match. There is no doubt that a woman looks most beautiful during her climacteree, and Marie couldn’t wait for hers. One of her earliest memories is her grandmother smiling and glittering in a flowing gown covered in tiny fish scales. Before she learned about sequins, she believed granny was turning into a mermaid to swim to far-off lands. That night, she and the other small children chased, climbed, danced and eventually collapsed, sticky-faced, into sleep under the tables with the puppies while their mothers – drab and tired – worked to keep the plates full.

A generation later, her own mother’s party had a honeysuckle theme. This time she was the leader of the worker bees, the strong anti-climacteric women to whom most responsibility for everything falls. Then too, there were lists, things to do, to organise, to check and to clear up. It had been exhausting, though her mother had looked glorious, in her white, yellow and pink robes, matched perfectly to her newly coloured hair and the trellis of honeysuckle that surrounded them. Even now, Marie couldn’t catch a whiff of the heavy honeyed sweetness without feeling the ghost of a throb in her feet and a vague weariness.

It’s her turn now. Over the past few weeks, the regular menstrual reports and hormone level tests have finally come back showing that her oestrogen and progesterone levels have slumped below the internationally recognised fecundity threshold (IFRT) set by the WLMF (Women’s Life Management Foundation). It’s over. The change has allowed her to apply for the official documentation. The licenced climacteree celebrant and venue have been booked.

Along with other monthlies management scheme members, she had been putting the elements in place throughout the fertile years. When the distractions of motherhood, marriage duties and wage earning that seemed to fill every single day with a grey fog threatened to swamp her, she had taken time to log into her Monthly Mavens (MMTM) account. There she would find inspiration for her theme, costume, the food, and, of course, the wonderful things she would achieve as a member of the post-climacterics. She is looking forward to picking up her paintbrushes again – abandoned almost as soon as she got to secondary school. And she plans to set up a system of support for autistic children. The travel prospects alone are thrilling.

While she has fixed the date for her official transition next month, it is as if the band playing in her head had finished tuning their instruments and struck up a fresh tune. ‘I feel like a new woman,’ she’ll tell anyone. It’s clear she’s more energetic and lively than she’s been for years – glowing even. Only last night in bed, Brian told her things were like they had been on their honeymoon. ‘Not,’ he added hastily. ‘That there’s anything wrong with our sex life, but, well, the zing is back.’

For decades, month after month, she’d watched with envy as older women cashed in their savings plans, withdrew themselves from work rotas and handed over their domestic duties to their own grown-up children. This was when life really began. You could tell, it was in all the magazines and TV adverts. Climacteree clothes:

Visit the countries. Learn alongside other women like you.

Wake up to womanhood. Mature and magnificent.

Picking up the post from the doormat, Marie collects a satisfyingly fat pile of pink-edged envelopes all, she hopes, confirming attendance at her big event. It’s a fabulous chance to catch up with old friends – carefully picking those she’s delighted to promote from social media like-mate to actual fellow adventurer. The next couple of decades are going to be the best of her life and she’s determined to share them with the people who will help her get the most out of it. All the expert guides warn against just plumping for your oldest pals, take the time, use the chooser apps and make sure your third age companions are first rate, like-minded artemisia stelleriana.

Lurking with the expensive envelopes and glossy brochures – it’s amazing how many companies have ‘heard her great news’ and want to get in on the act – there’s another leaflet. She’s seen ones like this before. The outside is all looping text and smiling women but open it out and inside it screams at you.

You are guilty of unfairness.

Your extravagant and luxurious third age celebrations come at a cost – not just wasted money, but the opportunity you are stealing from younger women and all men. It’s time for true equality of opportunity. Why should you older women be the only ones to get the privilege of serving on charities or honing your hobbies while your younger sisters and daughters toil away and your menfolk look on excluded? It’s time to eradicate the climacteree jamborees. They are old-fashioned and divisive.

‘Still here?’ her Brian puts his head around the door. He glances theatrically at the kitchen clock.

‘Oh hell.’ She’s going to miss the train. Their daughter Phoebe is arriving for the weekend, they’re going over the finer details and visit the dressmaker for one last fitting. Marie crumples the leaflet and lobs it into the recycling bin, without pausing to admire her aim.

Phoebe is waiting at the station when Marie swishes through the slush into the car park. ‘Hello, darling. Sorry, I’m late.’ They hug.

‘Thanks, love. And you…’ She takes in her daughter’s lank hair, deep eyebags and slumped shoulders.

‘Yes, I know. I look knackered. To be honest, this is a bit of a treat. The kids have been a total nightmare, work is a slog and, well, you know how it is…’

‘Thanks so much for coming. It means the world to me – and your dad.’

‘I wouldn’t miss it for the world. I want to give you the best moving up do ever. It’s only fair, isn’t it? You did it for gran and it’ll be my turn soon enough. Won’t it?’

‘Yes, dear, it will.’ Marie puts her hand on her daughter’s knee and pats. ‘I remember when my mother had her climacteree. I said the same thing to her, but inside I felt that it was a lifetime away. That I might die of tiredness and boredom first. But it isn’t. Not at all. Honestly, love.’

The two women smile as they drive through the dusking light towards Marie’s house and the conversation turns to the interviews Marie has already lined up for roles she’s allowed to take now she’s a card-carrying post-climacteric.

Later when the supper is eaten, dishes washed, grandchildren Skyped, lists checked and plans discussed, there’s a hush. There’s only one cloud on Marie’s horizon.

‘Have you spoken to your brother lately?’

‘Finn? Yes. I have actually. I met him for lunch last week.’

‘You know what I mean. Did you talk to him about it?’

‘Yes, I did. Listen, mum. He’s not going to change his mind. He says he can’t be part of celebrating something so unfair. He doesn’t believe in this way of doing things, so he says he can’t come. Won’t come. But he did say to send his love and hopes it all goes well.’

‘Do you want me to talk to him?’ Brian asks.

‘No. No, there’s no point. Let’s respect his decision.’ Says Marie.

‘Bloody new-fangled nonsense,’ says Brian. ‘There’s good reasons why people have to do certain things at certain points in their lives and not before. If he could only see you at the moment, see how alive you are, he’d understand. It’s such an important thing for third age women, for all of us really. Imagine, Phoebe. You’ve got too much to do to take on management roles and hobbies as well. How could you cope? It’s madness.’

◄ Learn How to Take Care of Your Finances Properly
Cold comfort: Ten ways I know it really is winter ►